Oktoberfest and Other Adventures

Probably the single most famous thing in Germany is Oktoberfest.  And what a great thing to be famous for, right?  I once read that what Americans think of when they think of Germany is (what is now) the southwestern portion that was occupied by the United States after World War II.  Many of our family members and friends have been among the millions of American troops that have been stationed here and Munich's most famous and largest festival is right in the heart of this.  Other stereotypical German things like as cuckoo clocks, schnitzel, and oompah music are also native to this area which Kristin and I now call home.

So, shortly after we lived here my college friends graciously decided to come visit and of course picked the most wonderful time of year to do it.  The weather was wonderful, the sights were beautiful, and the fest was in full swing.

We started out slowly by taking them to Esslingen, a quaint town near Stuttgart with strong medieval heritage.  It was a nice day so we wandered around for a while as they fought off the jet lag. 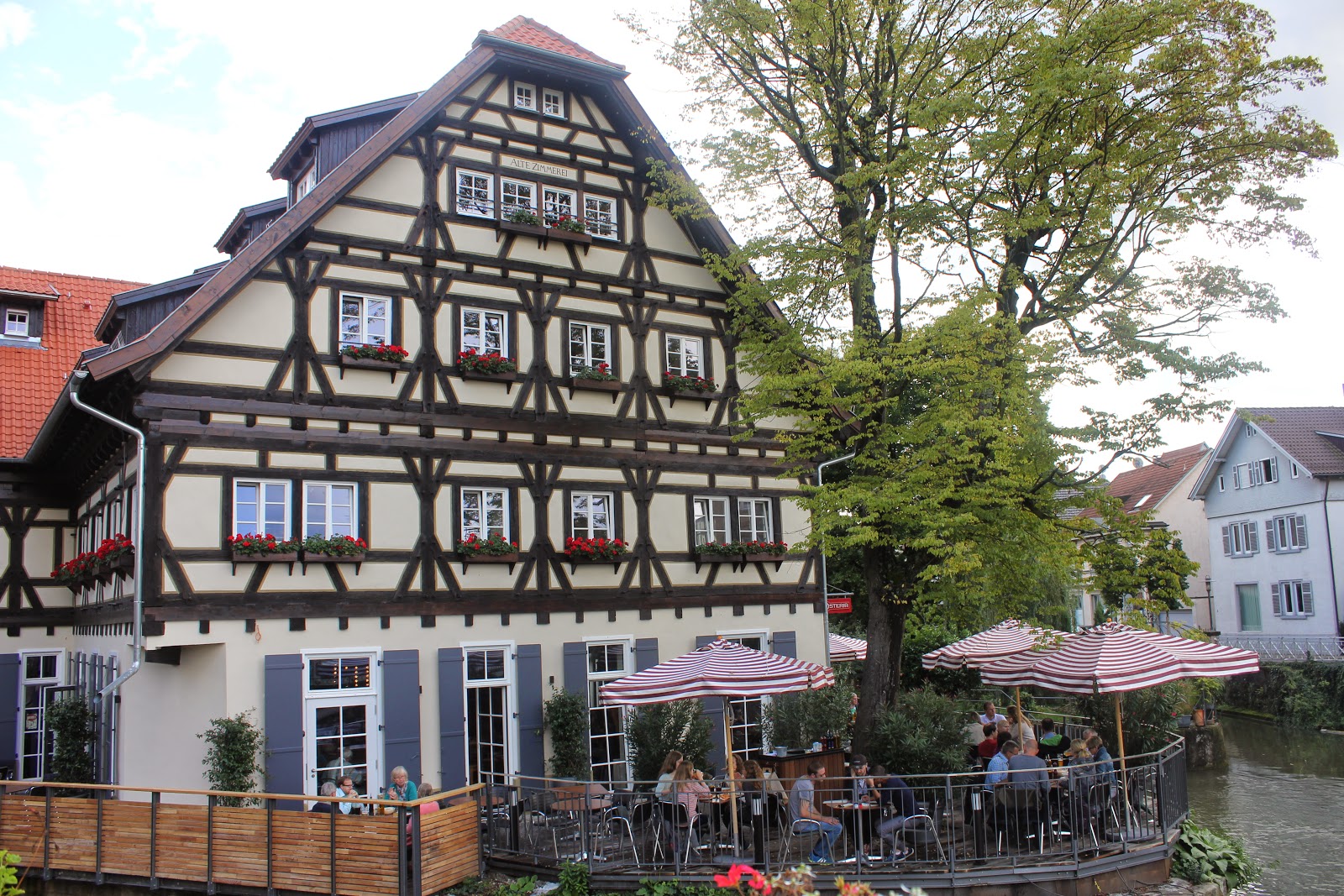 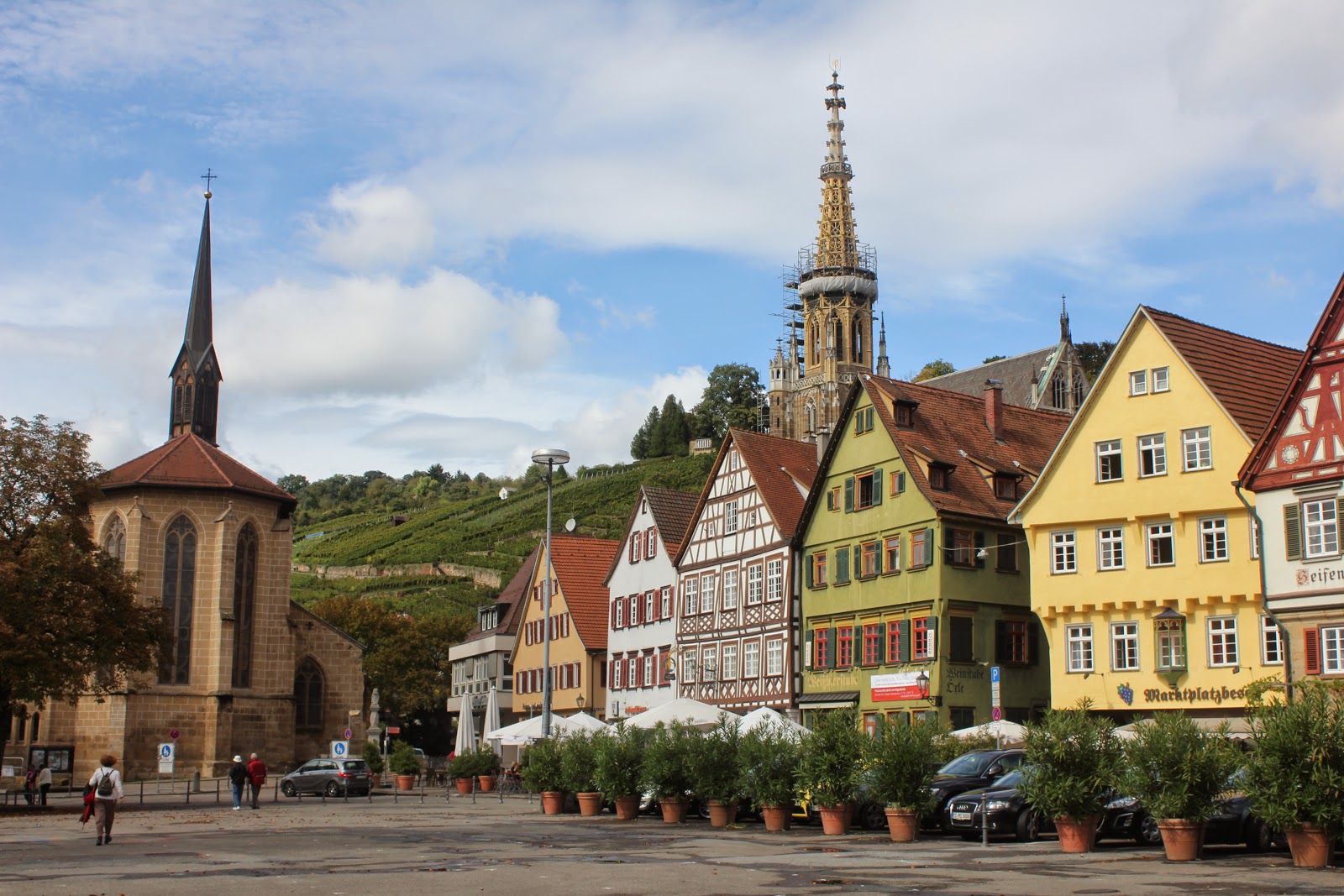 The city lies down on the river and to avoid being attacked from above, they built a wall at the top of the hill overlooking it.   The hill is now full of grape vineyards and the wall has been restored so you too can climb up it and enjoy the beautiful view.  So we did. 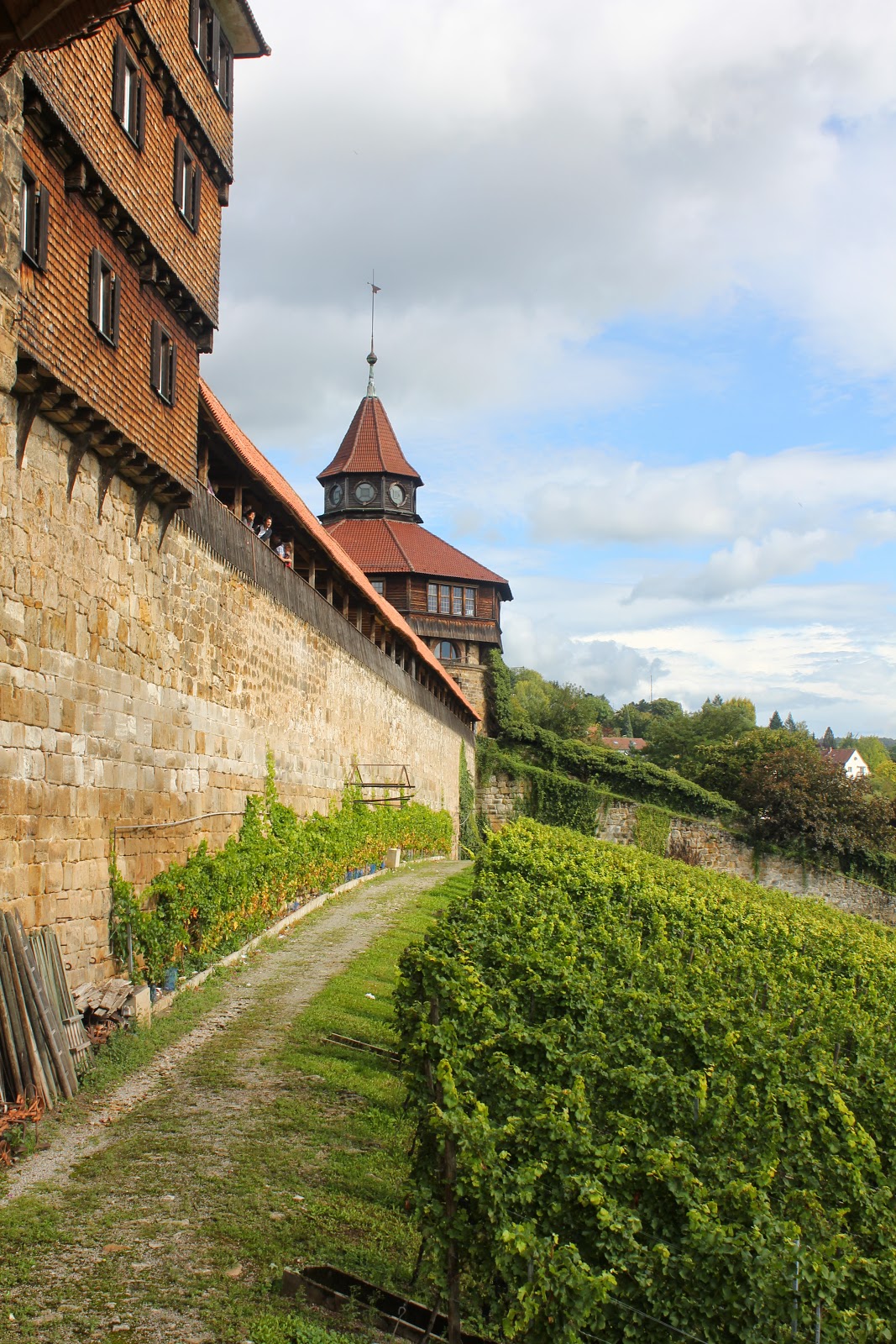 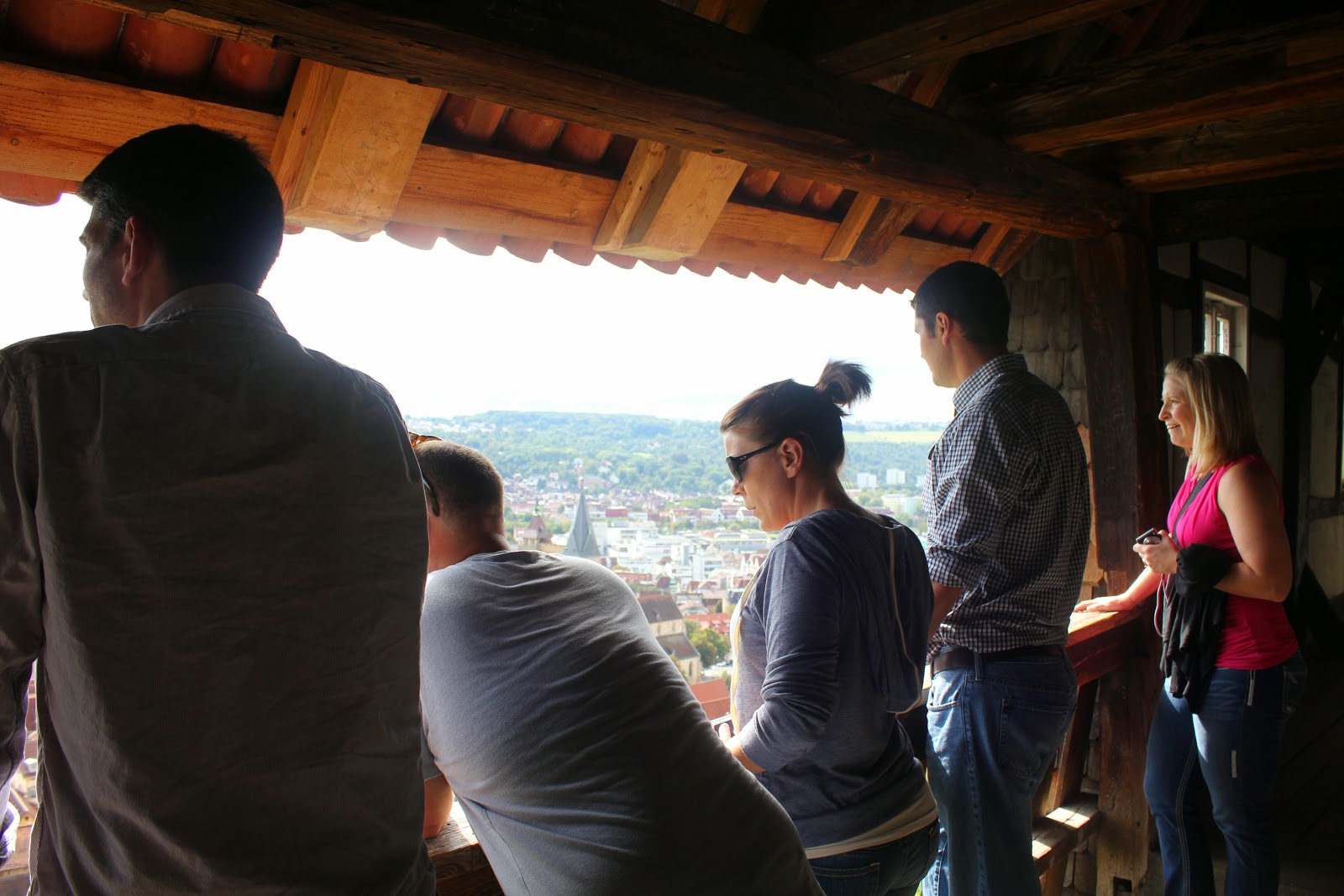 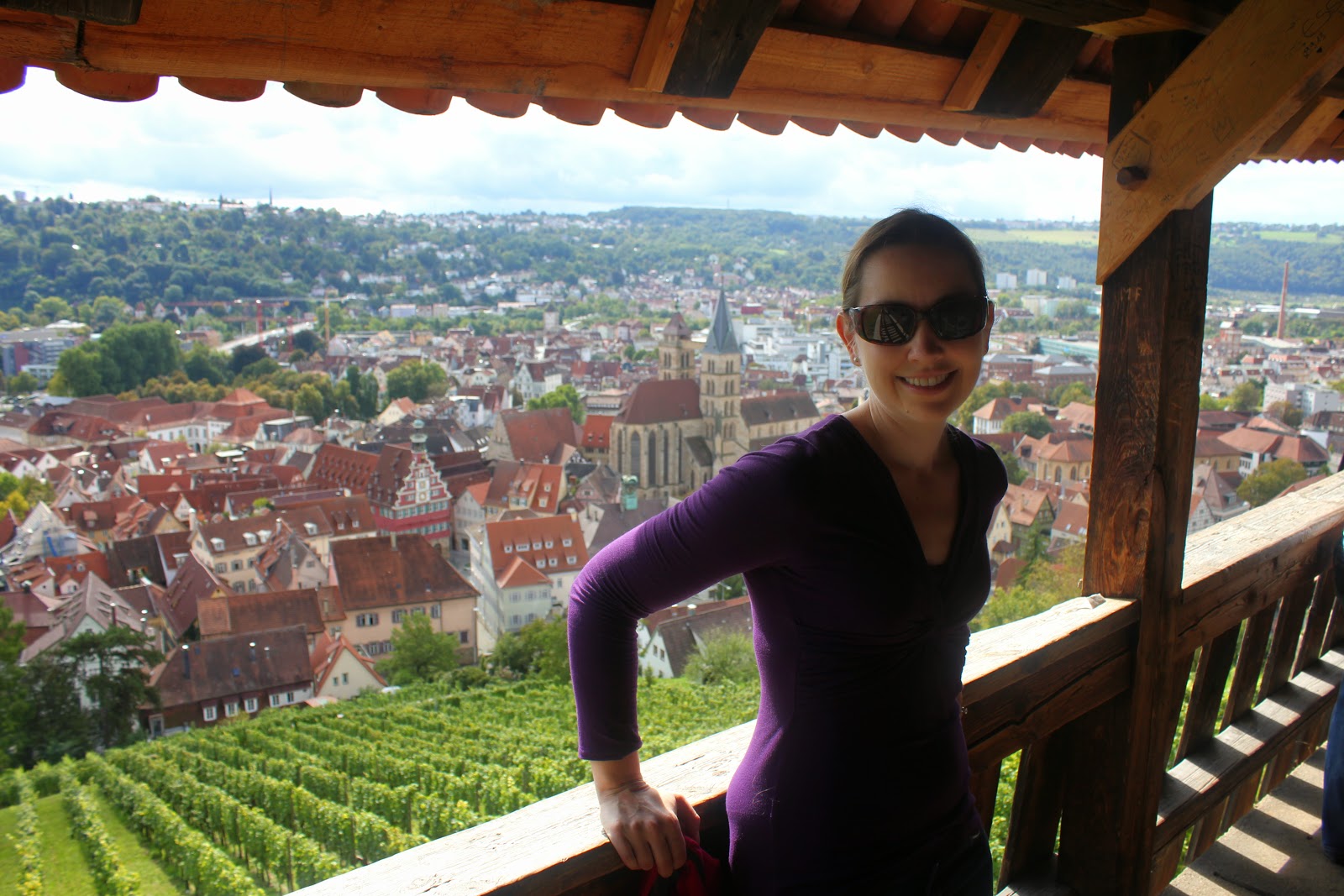 Once we reached the top, there was a beautiful garden on the other side of the wall which is used for outdoor movies in the summer.  Maybe next year Kristin and I will speak enough German to check one out... 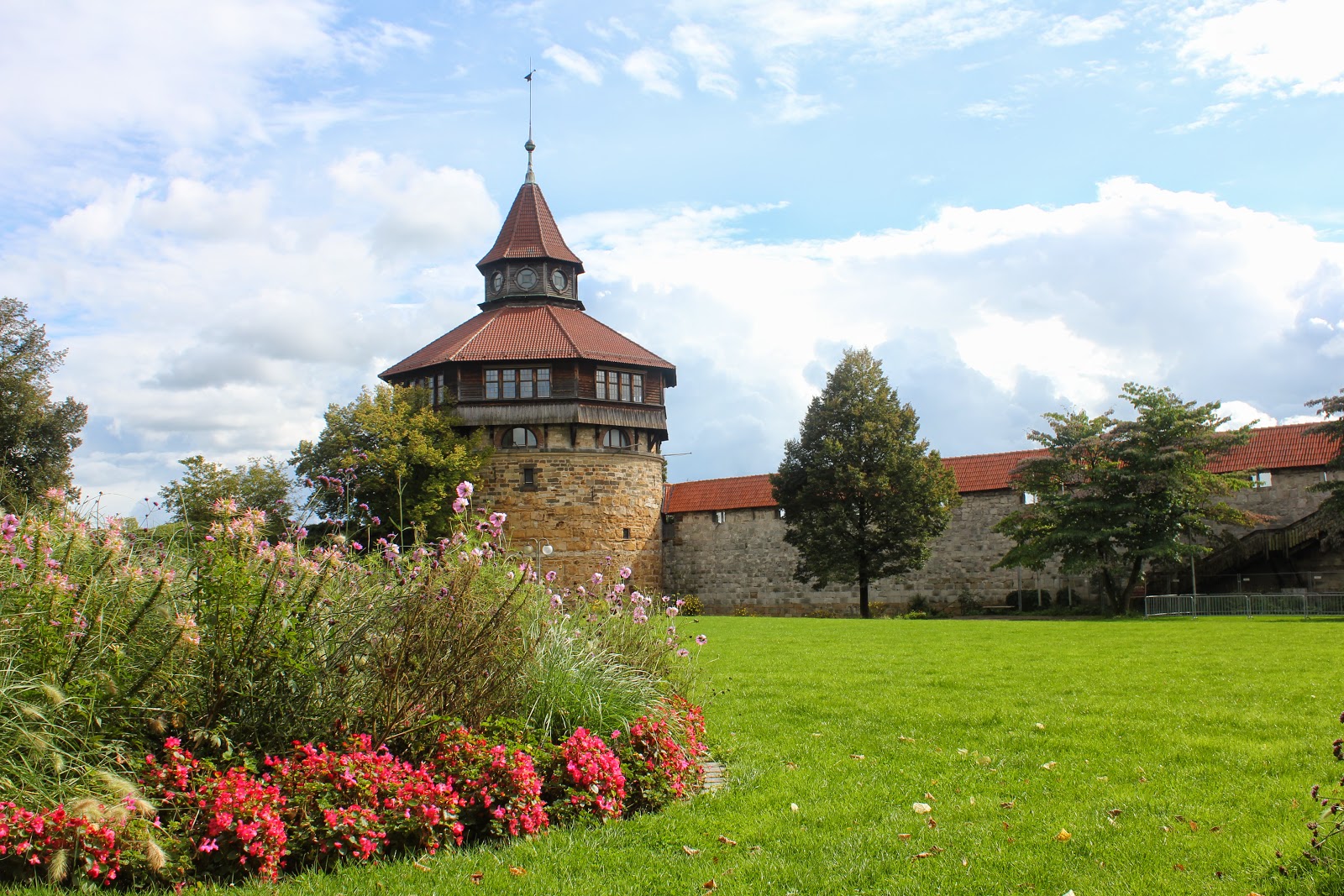 After all of that walking and climbing, we were ready for some food and drinks.  Luckily there was a nice little cafe/biergarten nearby.

After the obligatory sightseeing, it was off to Munich for the main event.  We rented an extra car since there were seven of us and as a bonus we figured out that a fully loaded Renault Captur tops out around 156 kph on the Autobahn.  I lucked out in finding a great Airbnb apartment within walking distance of the fest but the first night we arrived late and decided to just grab some dinner at the Italian place downstairs from it.  This also gave us a great chance to warm up with a Maß or two. 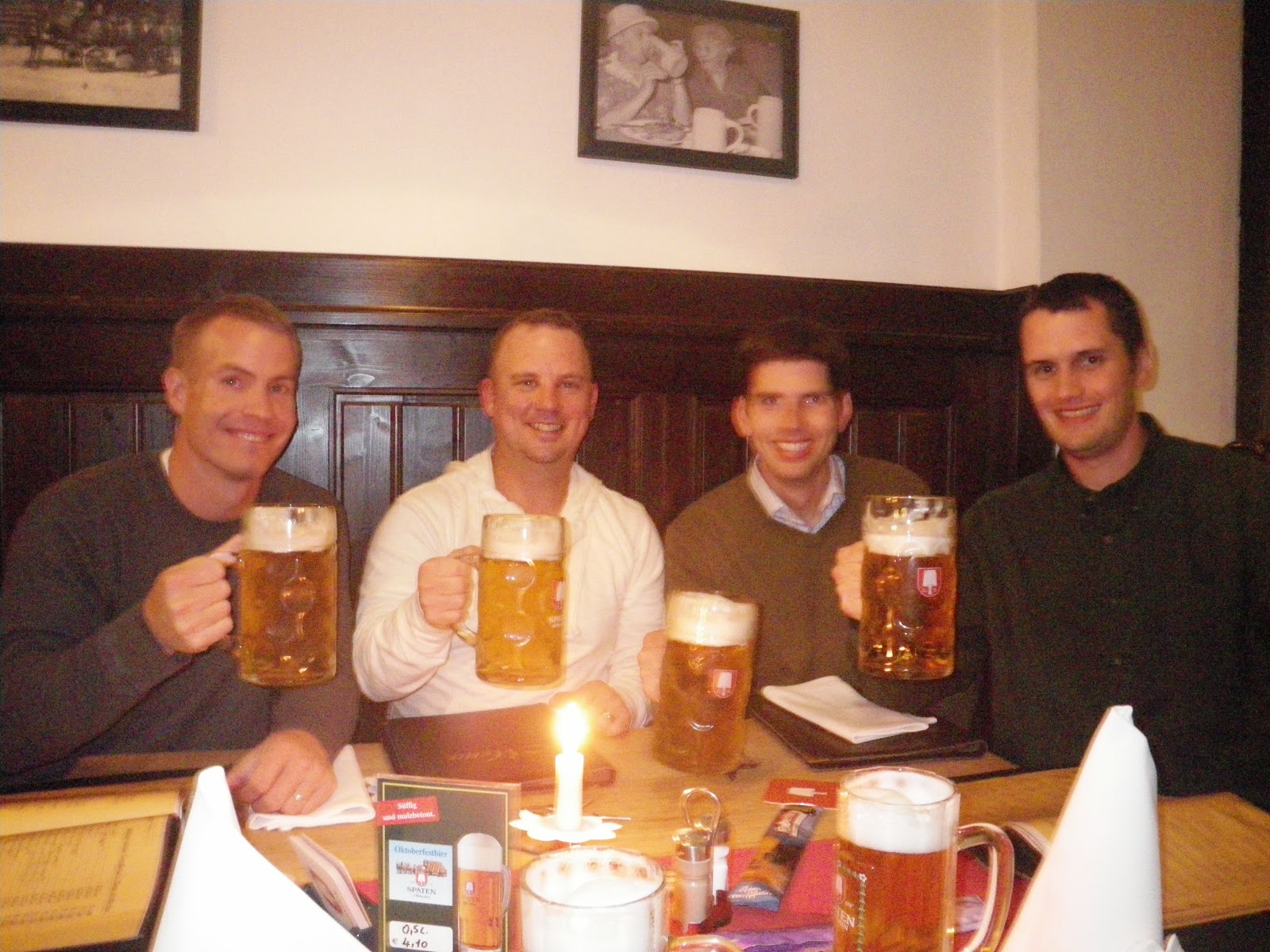 The next day we suited up and headed out for some fun. Everyone was excited and a little nervous because we didn't really know what to expect.

The tent was massive, and beautiful, but not as packed as I had expected.  We had a reservation for lunch on Tuesday and were surprised several of the tables around us were empty.  After reading Oktoberfest accounts online, I had insisted we arrive promptly at 11:00 but it turned out to not start as busy as I had thought.  That being said, a few hours later the place was packed.  Also, we were in the balcony while the primary action is below on the main floor. 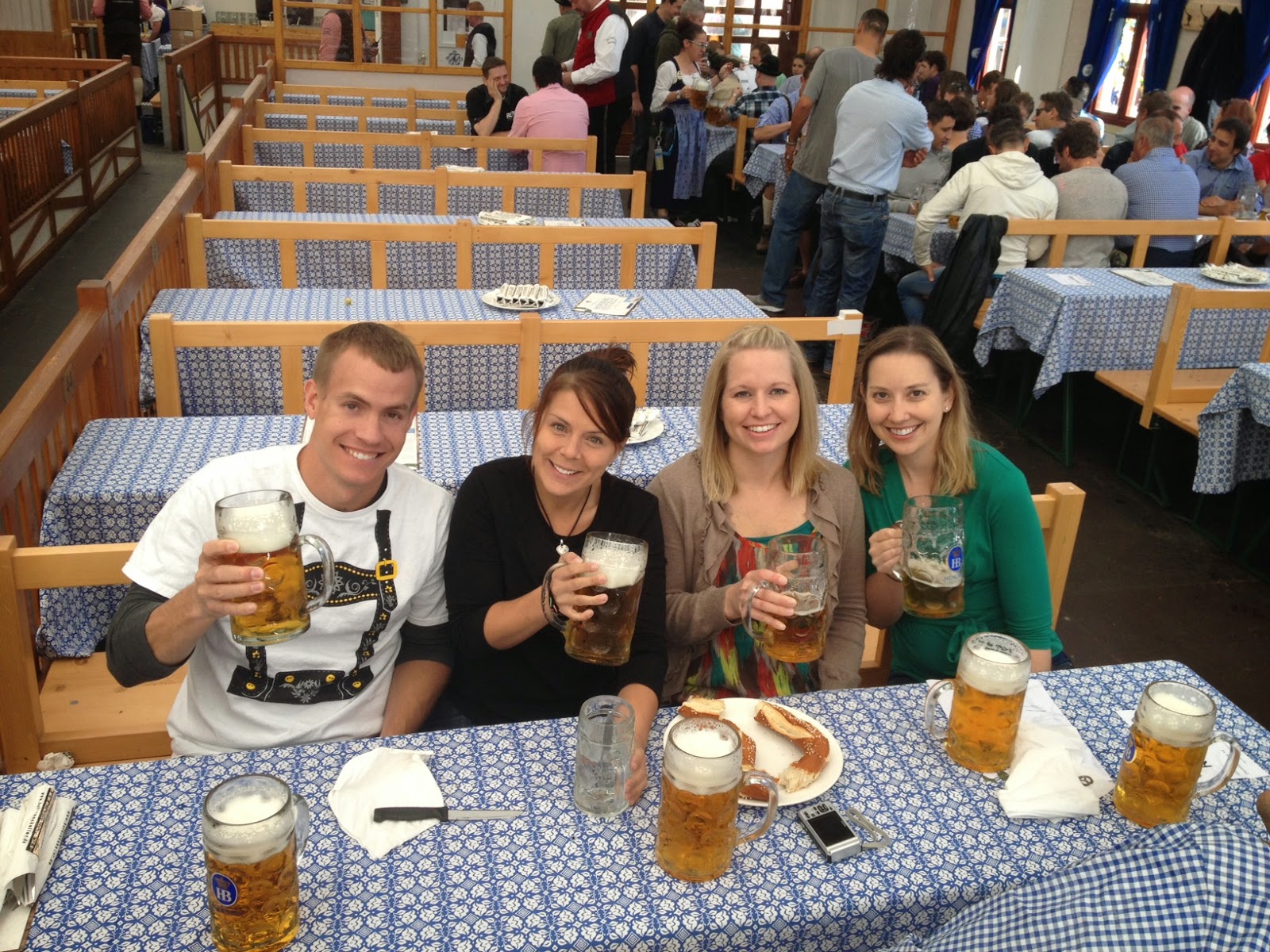 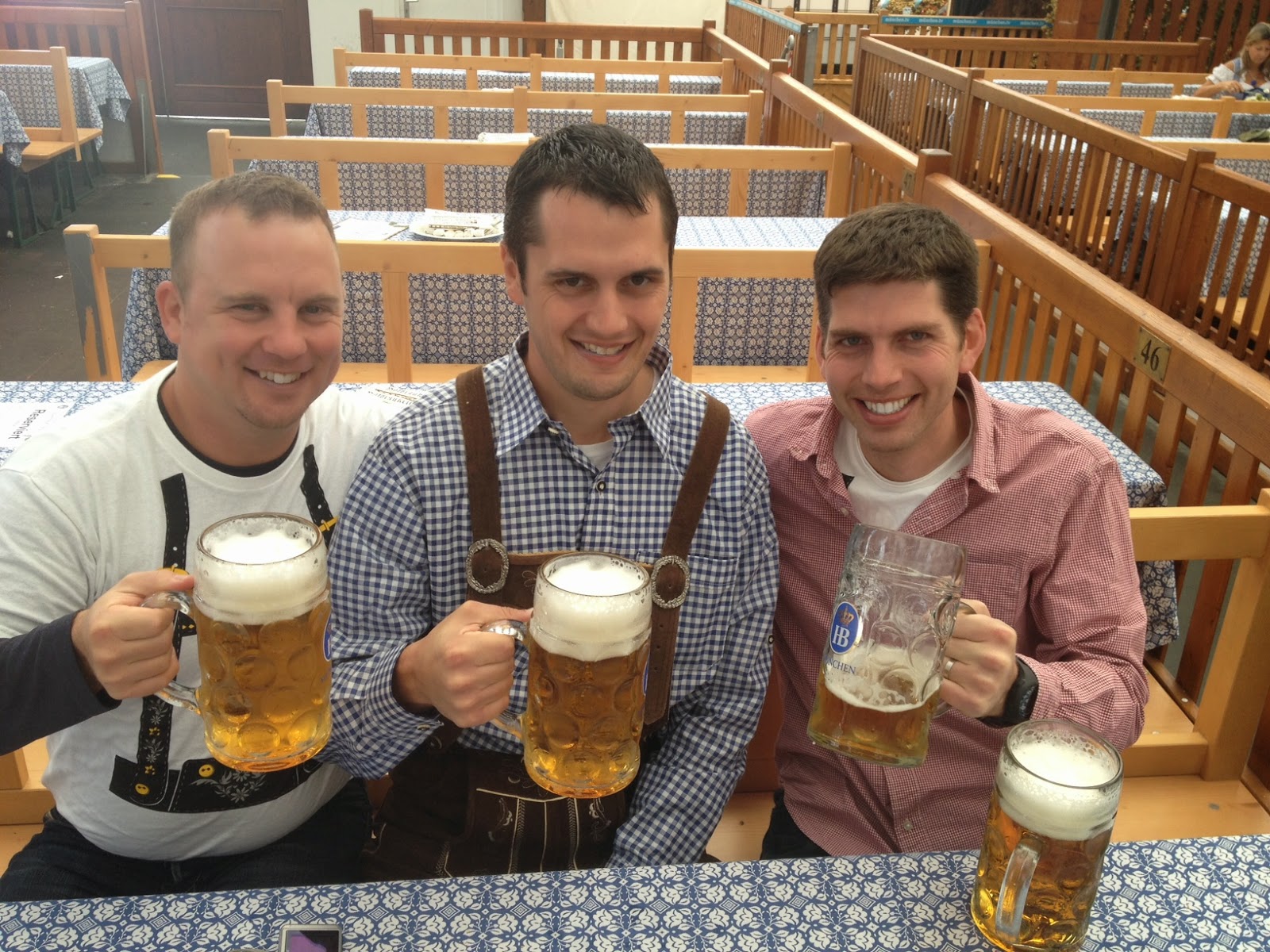 While the rest of us were having a great time and playing euchre back in the tent, Kristin unfortunately had to go home and do some work.  She says she was in the middle of closing a deal but I think she just didn't want to be responsible for everyone... 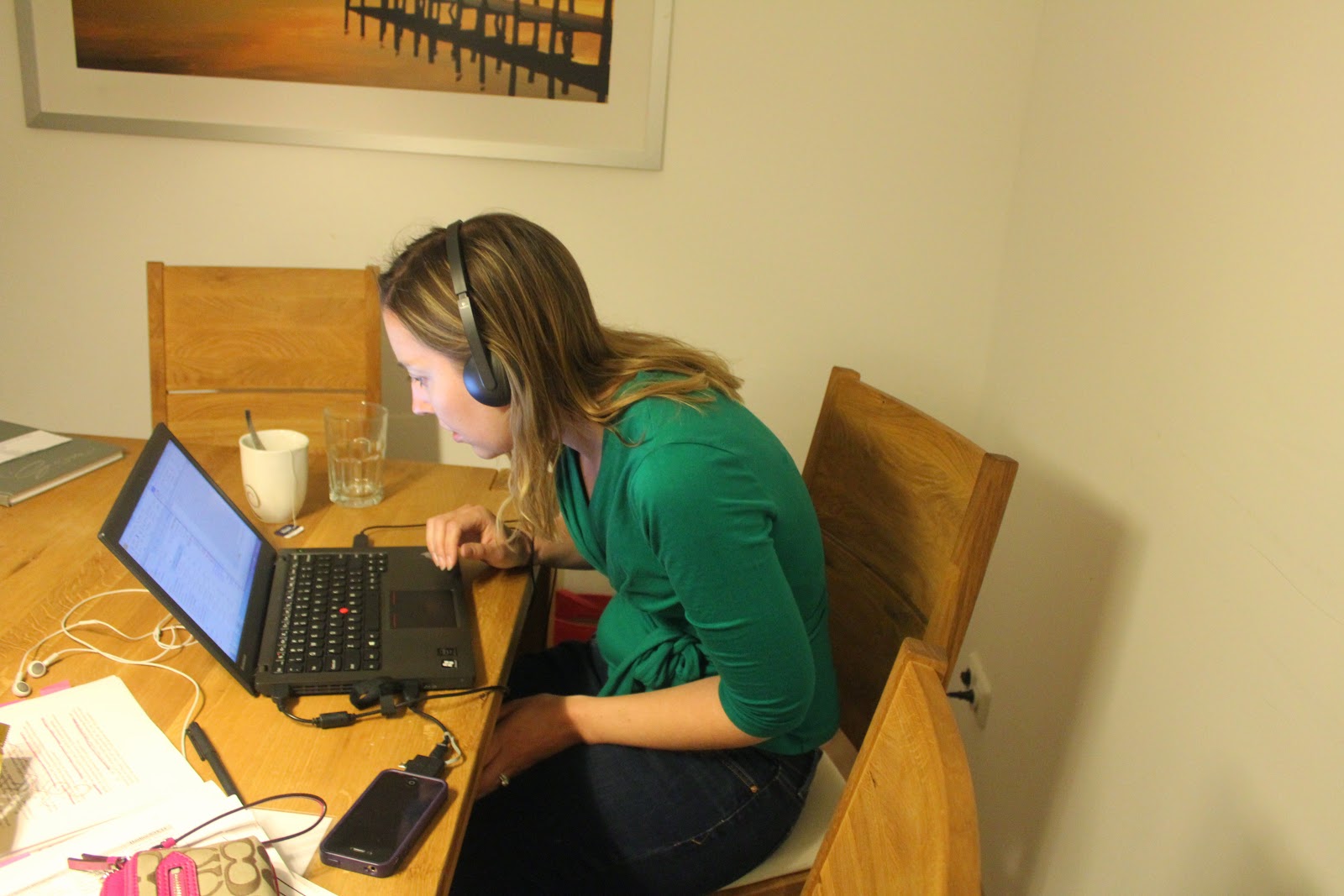 The following day started with more of the same fun in another tent.  This one was also huge and had a wonderful, festive atmosphere.  Luckily we were on the main floor and had a great time amongst the crowd. 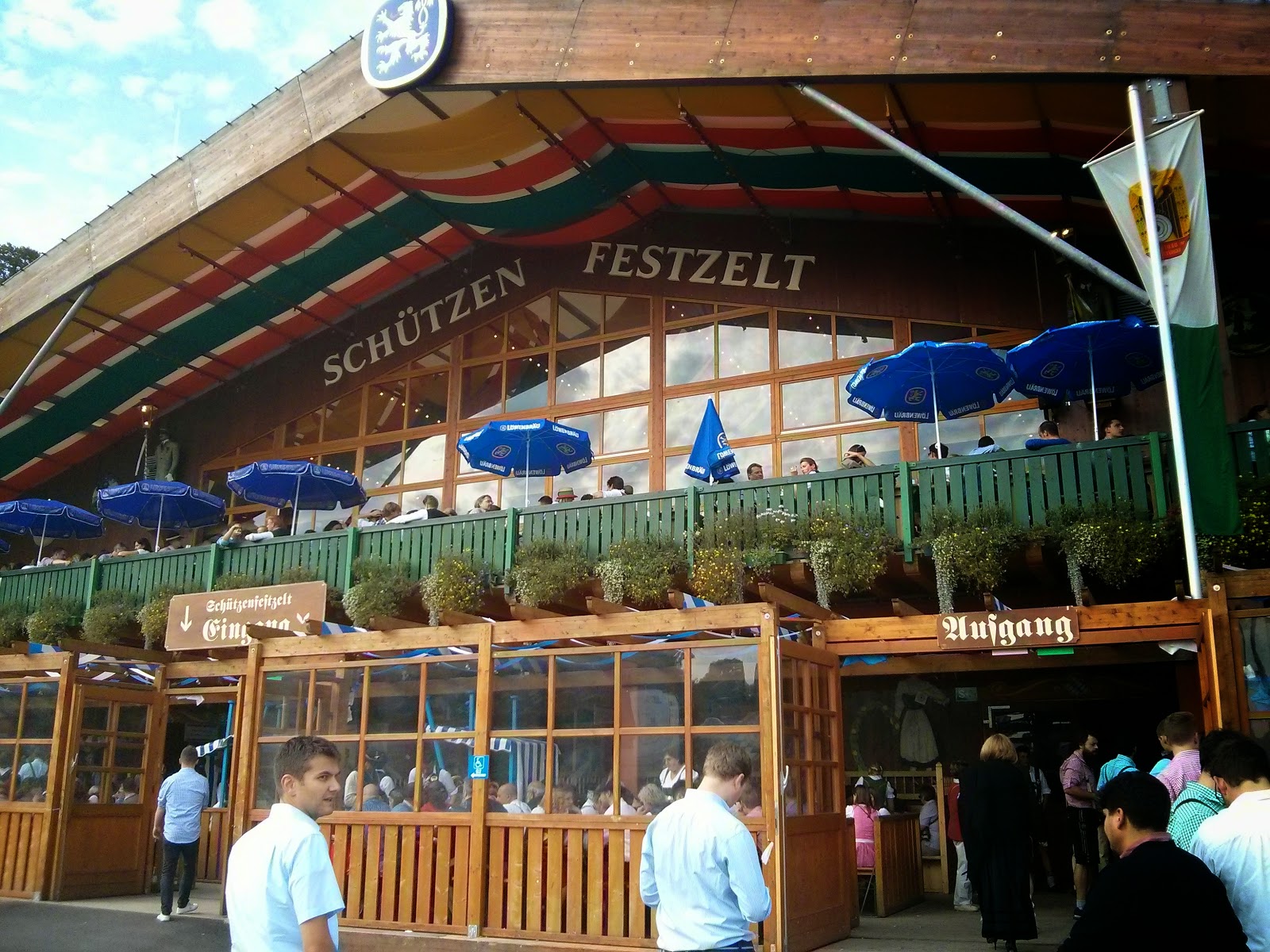 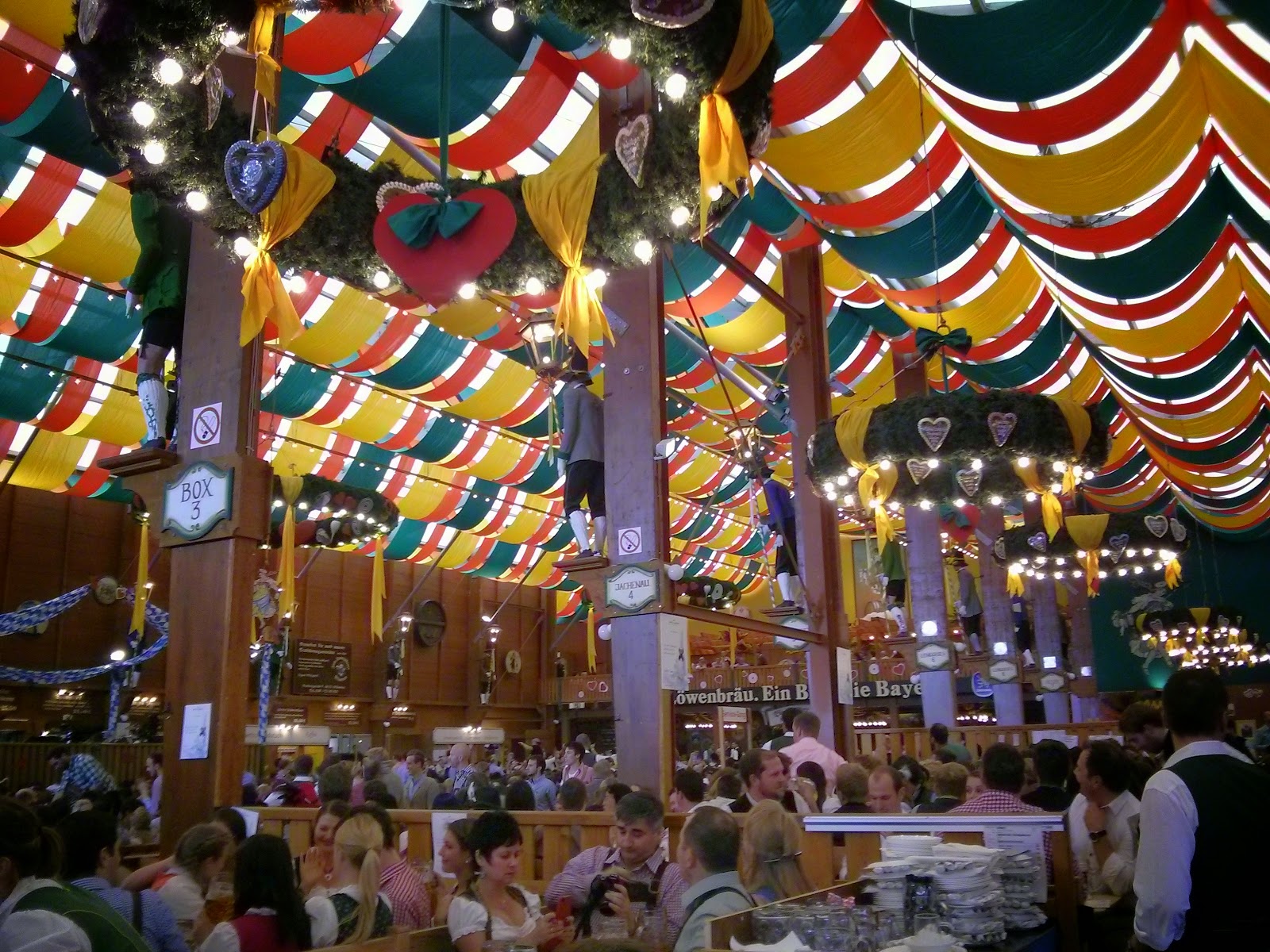 Two days were plenty for Oktoberfest so then we headed down to Austria.  We spent a day and two nights in Innsbruck and really enjoyed walking around their 800 year old historic city center.  Some of the group also enjoyed a hike around the mountains above the city more than others...but overall it was a neat stop.  :)

Speaking of neat stops, we made two more great ones on the way back to Stuttgart.  The first was for the Alpine Slide at Biberwier ski area in northern Austria.  It was an awesome ride down the mountain on a concrete luge track while riding a little cart.  No helmet or other safety equipment required.  On my third and final attempt, I went so fast that I actually made myself a little motion sick and for the next few hours I was a bit green.


The next stop was the infamous castle Neuschwanstein.  It is a fairy tale palace built in the Bavarian Alps by mad King Ludwig II to romanticize the medieval castles of the 1500s and as homage to the German composer Richard Wagner.  This is funny because Walt Disney did the same thing in the 1950s when he used this as inspiration for Sleeping Beauty's castle in Disneyland. 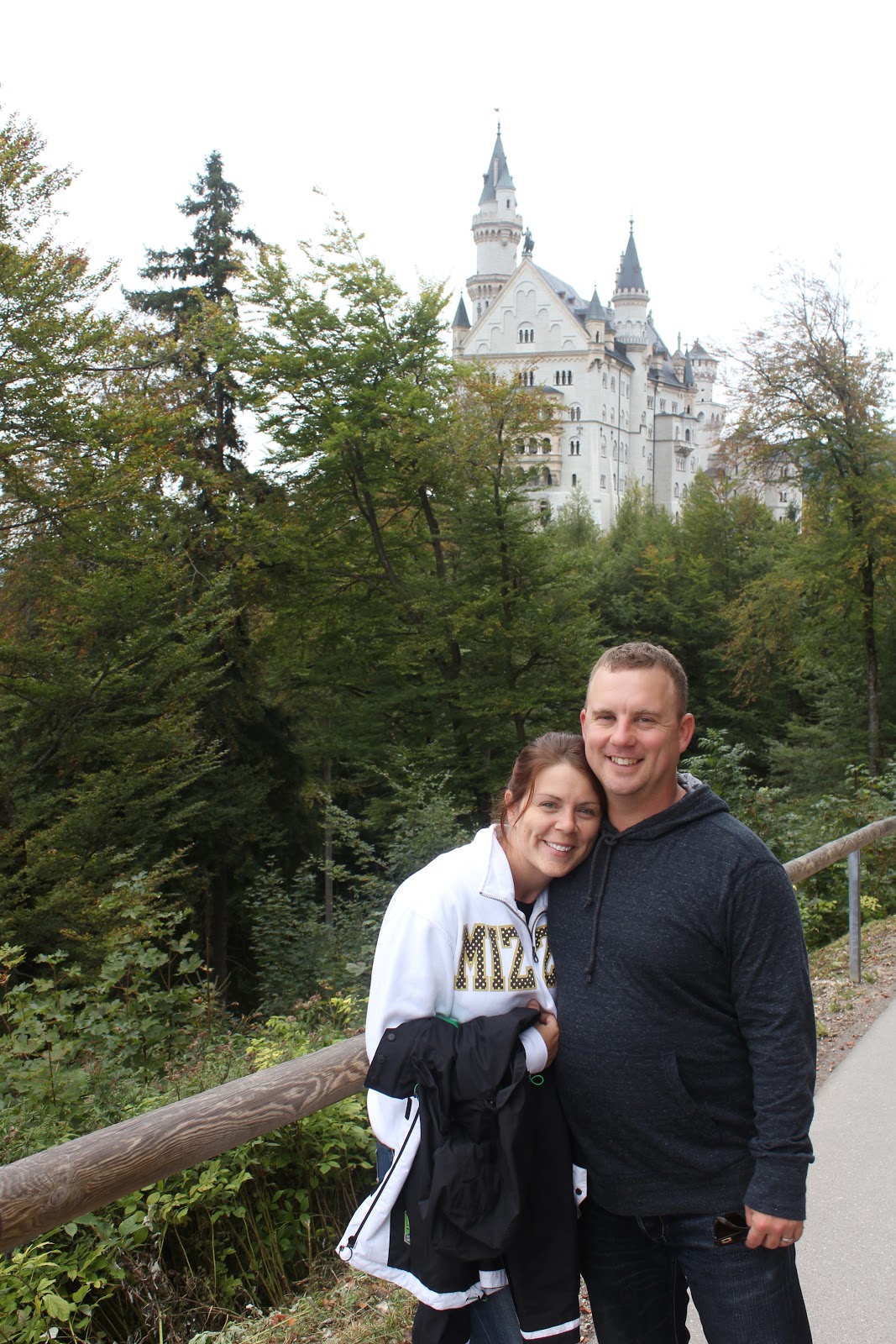 The castle is almost 1000 ft above the valley and provides a beautiful overlook over the town.  Last time Kristin and I were here, it was so foggy that we could barely see 100 feet so I was happy this day was much more clear. 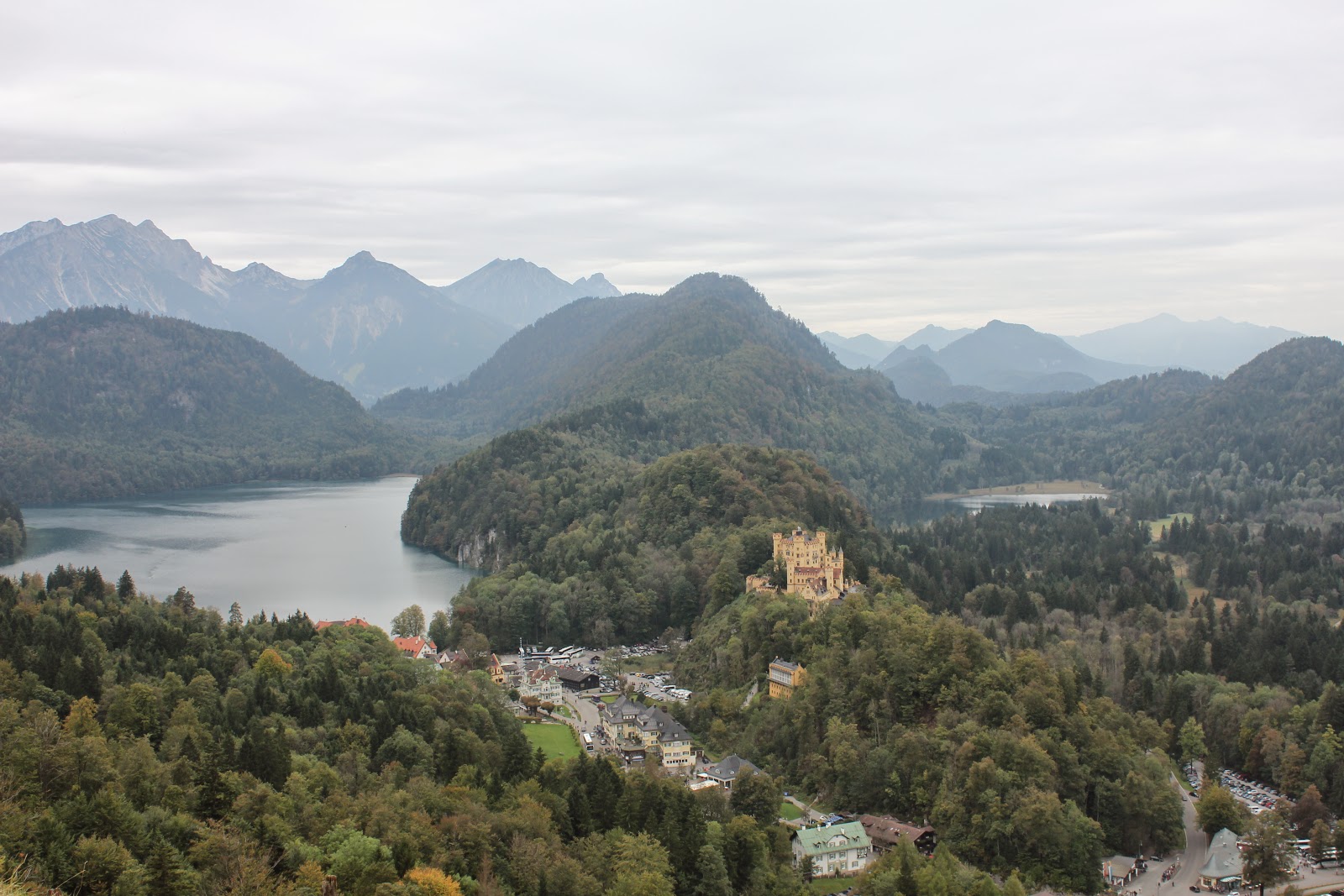 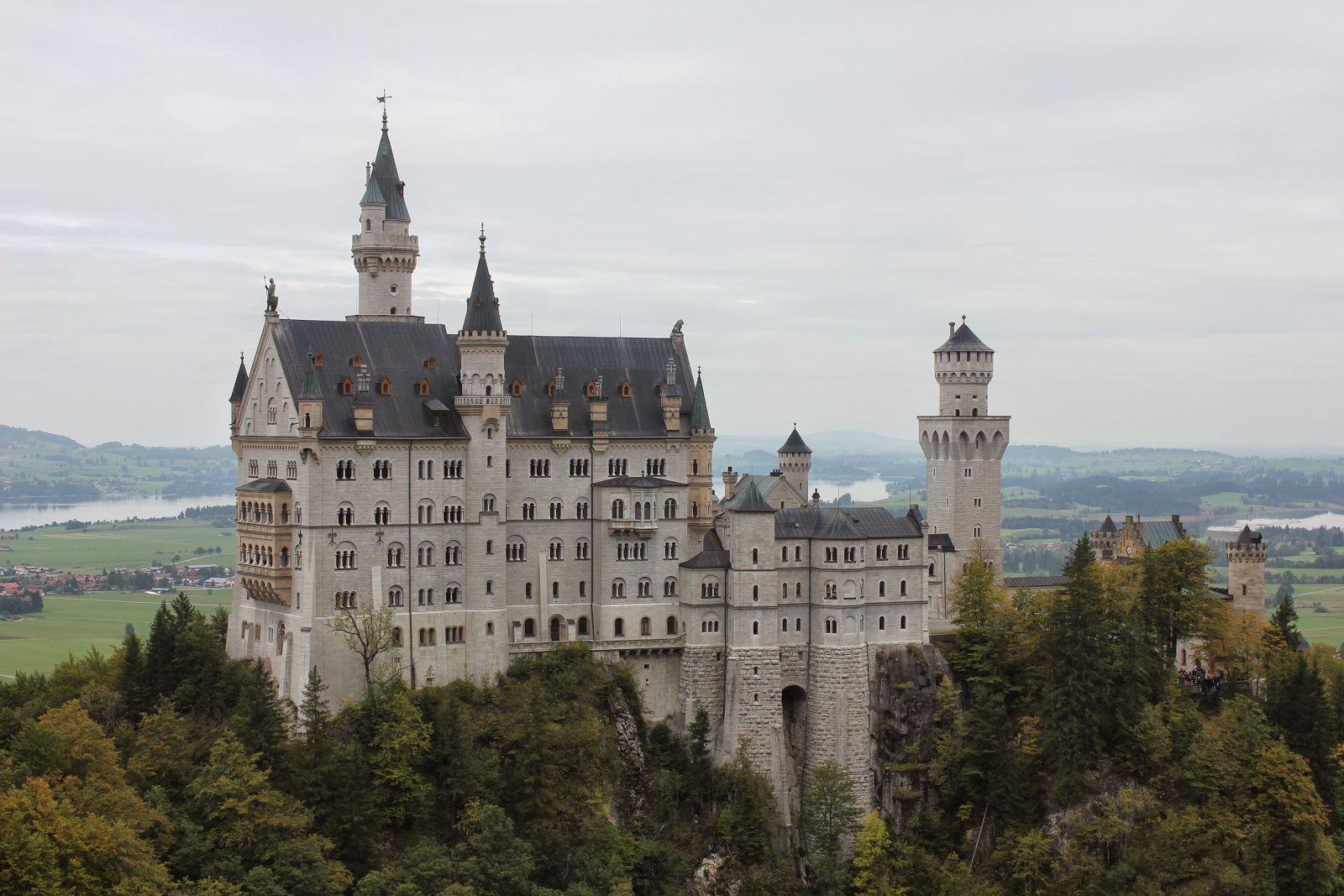 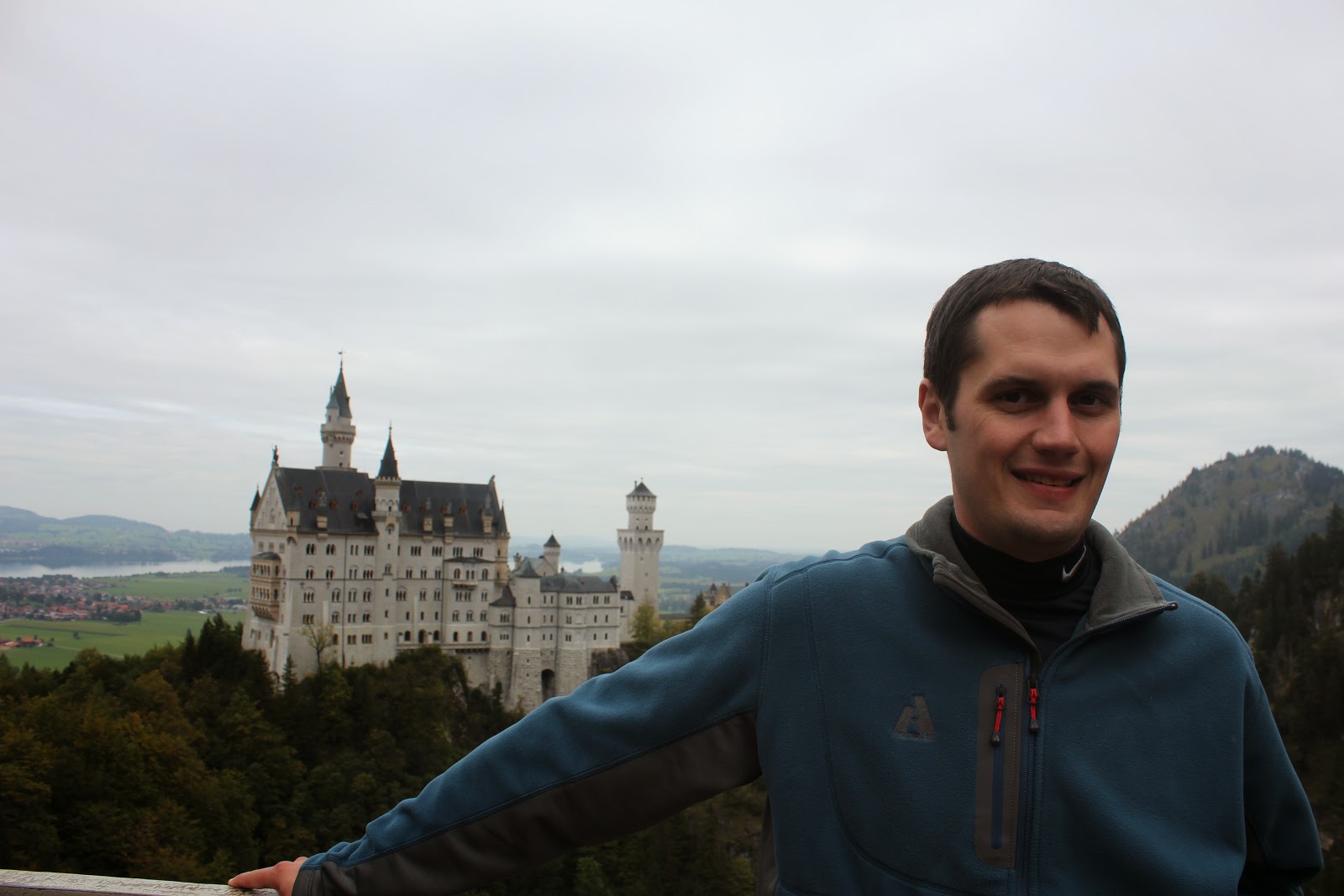 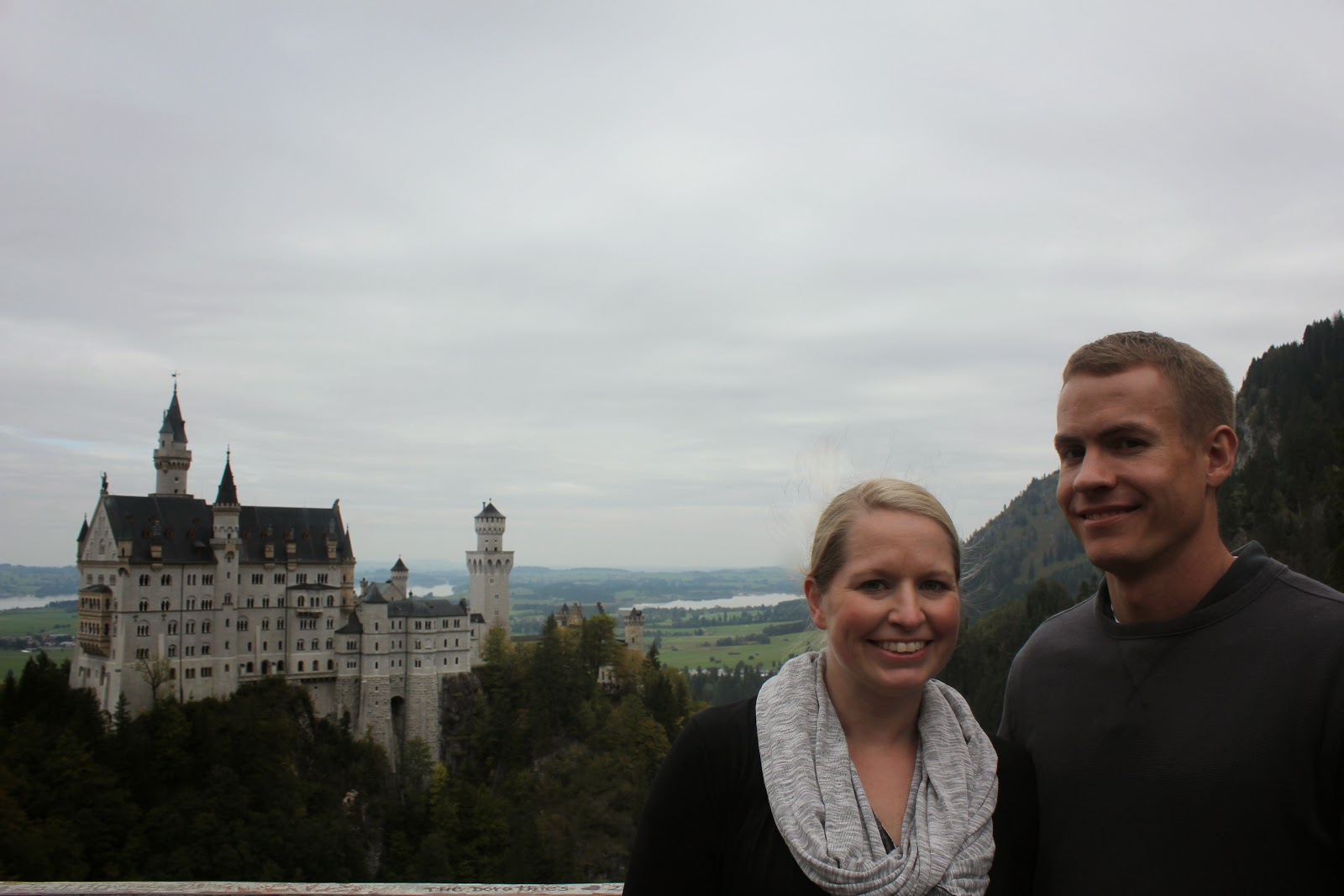 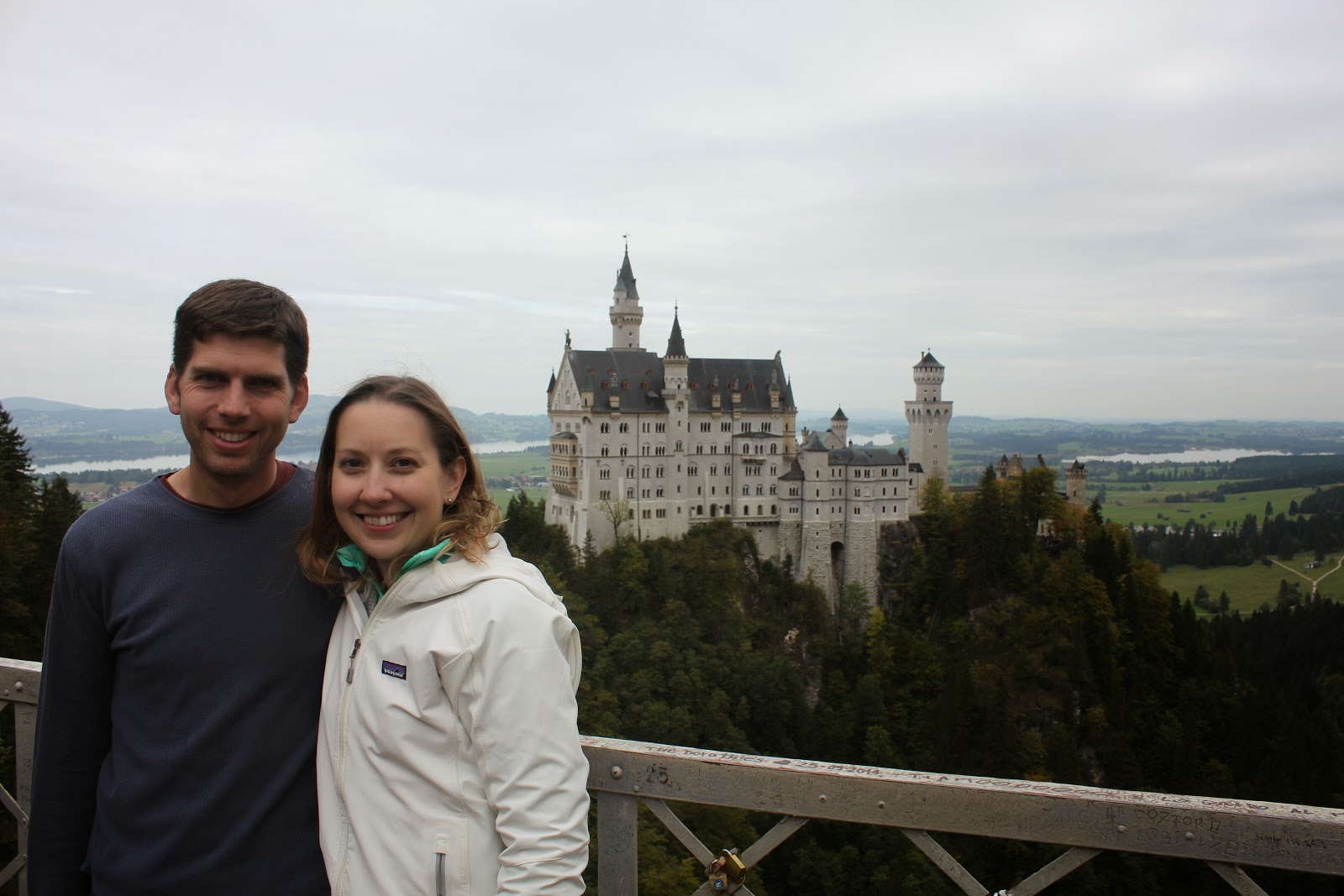 We returned to Stuttgart the Friday night that our own fall festival, Volksfest, was beginning.  Not ones to pass up an opportunity, we headed down to the fairgrounds for a last hurrah.  It was as crowded and crazy as I had expected but we got very lucky by finding some nice Germans that let us use their table. 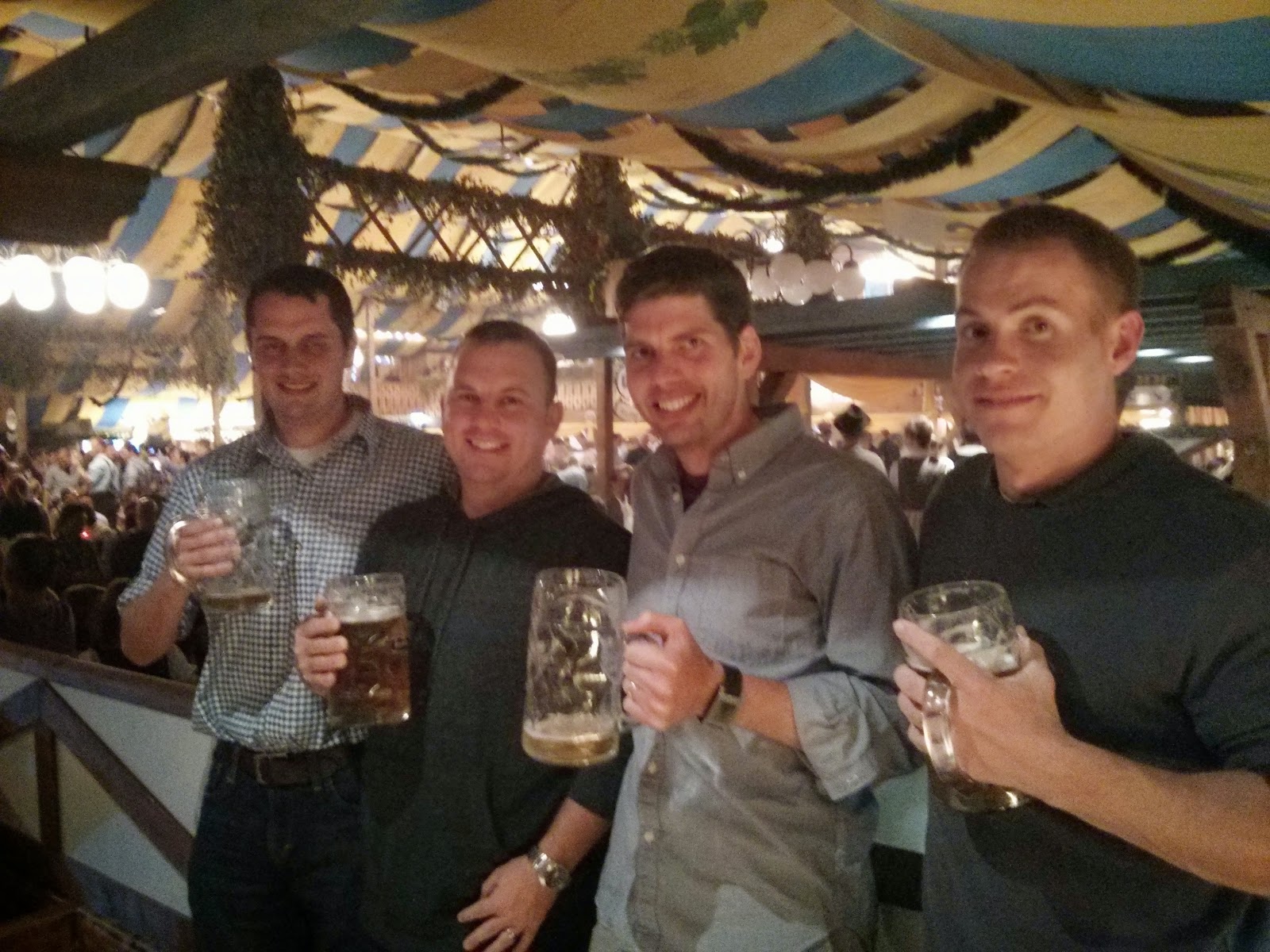 My 5am alarm the next morning came pretty quickly but we had to take Curt to the airport for his flight home.  Luckily there was time to nap a little more and get some breakfast before the rest of the crew had to go as well.  I can't thank them enough for coming to visit and I only hope they had as much fun as Kristin and I did during the visit!

Posted by matthendren at 9:13 PM