A Quick Trip to Brussels. No Sprouts 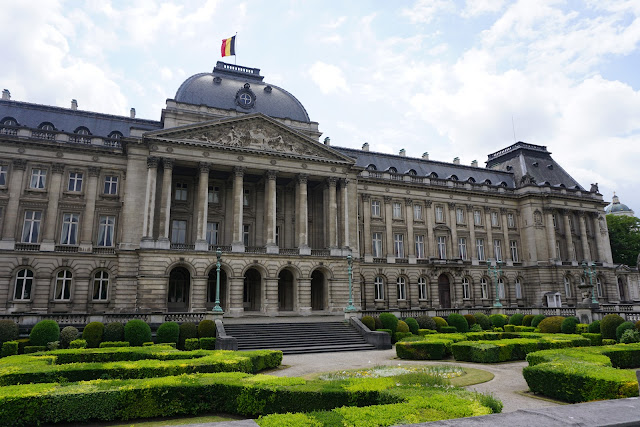 Two of my coworkers from the U.S. were on a project at The Hague, so we offered to meet them in Brussels for a quick weekend trip. We were excited to finally check out Belgium and Kristin found wonderfully cheap flights to go up Friday afternoon and return Sunday night.  So after a half day of work Friday, we hopped on a plane and were in Brussels about 40 minutes later. 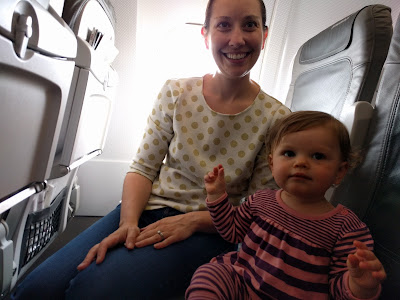 After a quick train ride from the airport, we dropped our stuff and headed to a cafe to meet the other guys.  As expected, the menu was full of great Belgian beers, so we were lucky my friends had done their homework and had some good recommendations.  Soon we were hungry and went on a short walk to a restaurant recommended by a friend's brother who lives in Brussels.  On the way, we did a little sightseeing and walked across the Grand Place, pronounced more like Gran Plas since it's French.  The square is one of the most beautiful in Europe.

Maison du Roi (King's House) is a prominent gothic building on one side of the square.  No king has actually lived there and now it houses the Museum of the City of Brussels.  It blows my American mind that it was built in the early 1500s and rebuilt after the French attacked in 1695. 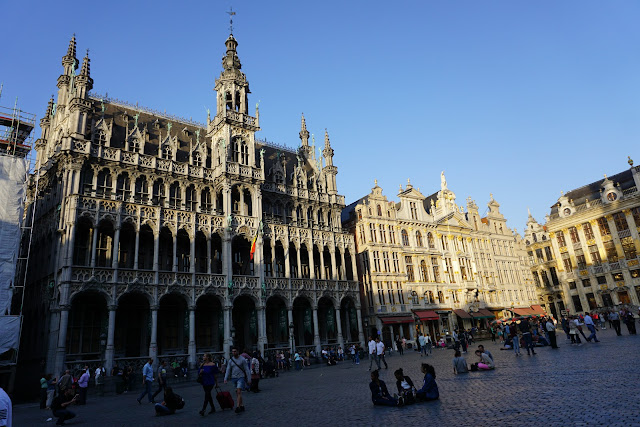 Opposite the King's House, several buildings were built by prominent guilds of Brussels, which included butchers, brewers, and blacksmiths.  They still have ornate decorations indicating the trades they were built for. 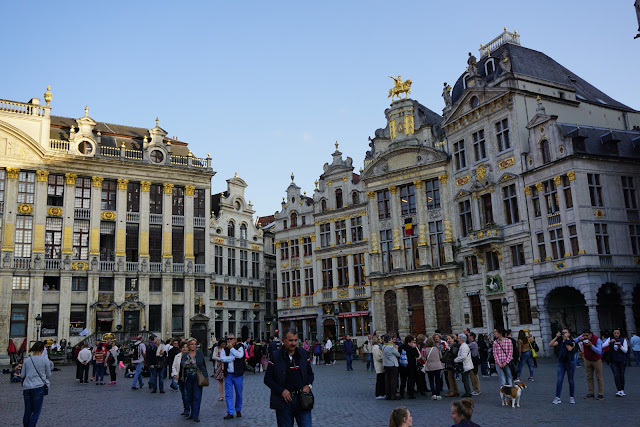 The next day we wanted to do a tour and obviously chocolate and beer are two of the most likely candidates for us.  Unfortunately, the beer and chocolate tour was sold out and the other highly-rated chocolate tour featured many of the same chocolate makers that we had actually visited in Paris last year (le sigh).  So we did a waffle tour!

Our guide/chef first showed us a few famous waffle places around town and explained the differences between the types of waffles they like to make (who knew there was more than one type of Belgian waffle? Wikipedia, that's who) and gave us some good tips about what to look for when we sought them out later. 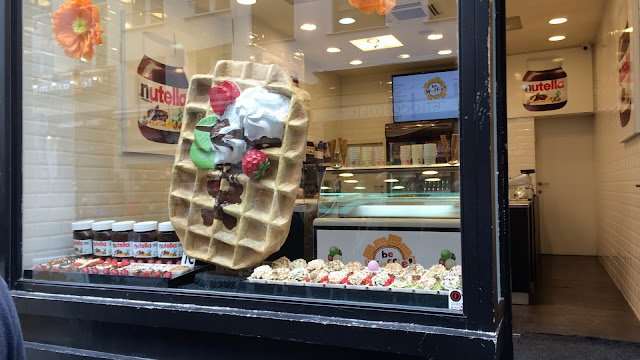 Then he took us back to a big kitchen space and let everyone try their own hand at making Brussels waffles.  Of course Kristin was determined to make the best of the group. 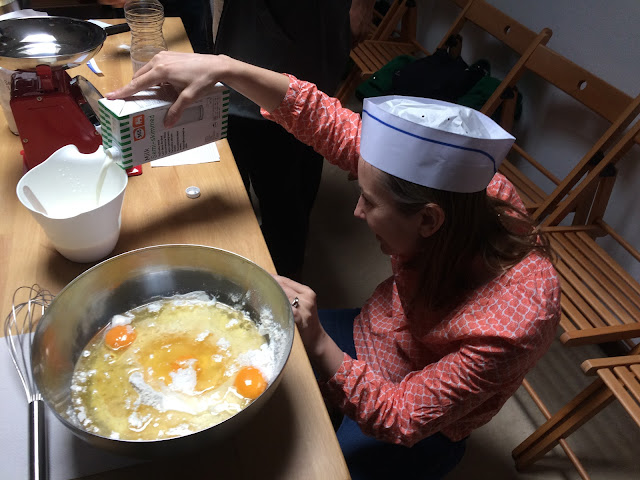 Facing stiff competition from a group of 12 hungover guys as part of a bachelor party, she stayed focused and exacting.  She even remained unphased when the power went out a couple of times due to too many waffle irons on the same electrical circuit. 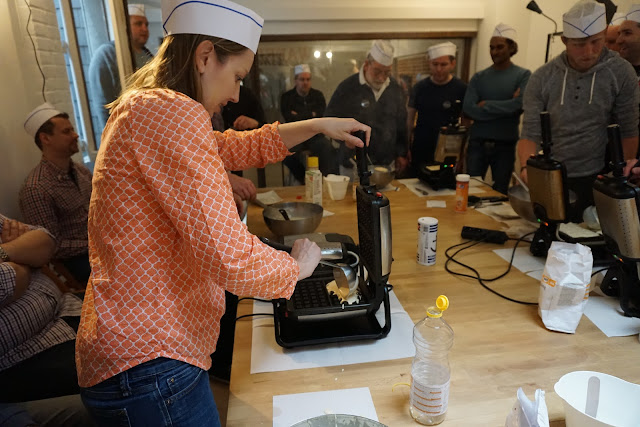 The traditional waffle with a little powdered sugar is too simple for Kristin, so she added some of her own flare.  And it was delicious! 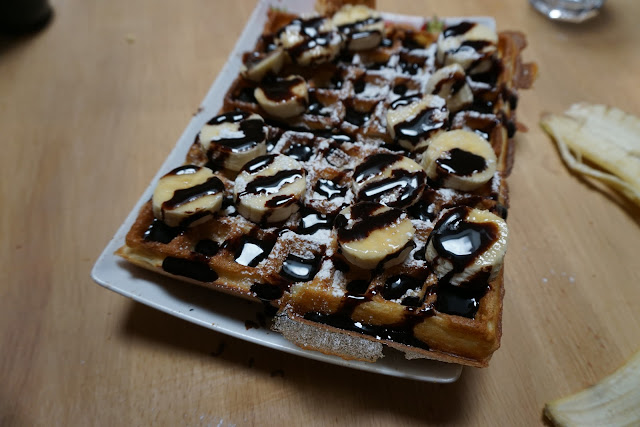 Fortunately she made some plain ones too, for the baby.

Full of waffles, we next sought another famous Belgian product: beer.  Belgium produces over a thousand types of beers, many amongst the best in the world, but few breweries offer public tours.  Fortunately there is one in Brussels that does, and it was a fascinating experience. 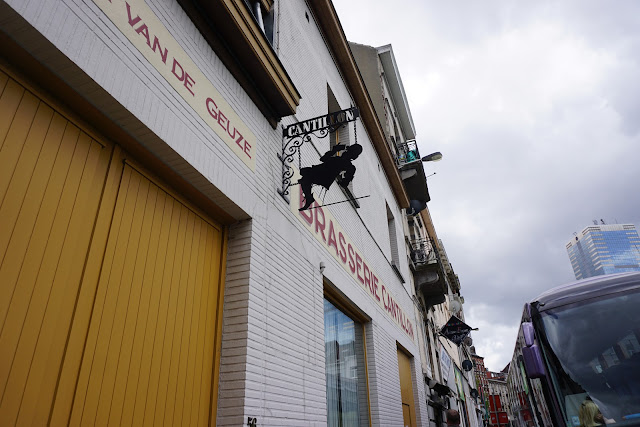 Cantillon brewery has been in the same place, doing the same thing since 1900.  Wars, technology, and real estate development around them have left it unphased because what they're doing is far from broken.  They brew world-renowned lambic style beers that are still spontaneously fermented by basically letting the brew sit in an open pan so it can collect the natural yeast in the air instead of them actually adding yeast like a modern brewery.  This is only possible a few places in the world, and here for only a few months out of the year.

After absorbing the yeast in the drafty attic of the brewery, the brew is barreled and aged, sometimes with fruit such as cherries, apricot, or even Cabernet Franc grapes. 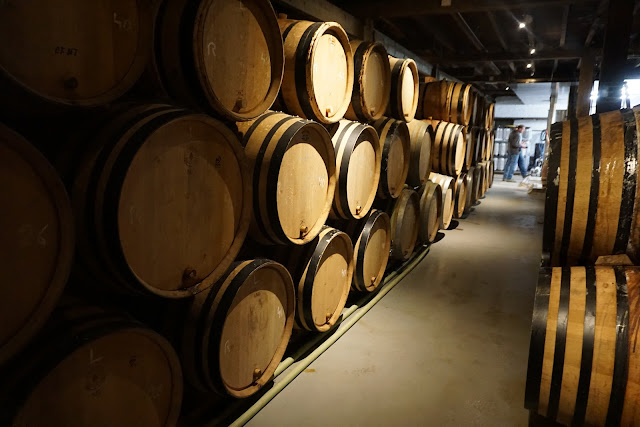 It is then bottle aged for a year or more before being sold.  All of this time and effort means it's pricy by the time it's sold, but all of this comes out in the complexity of the taste. 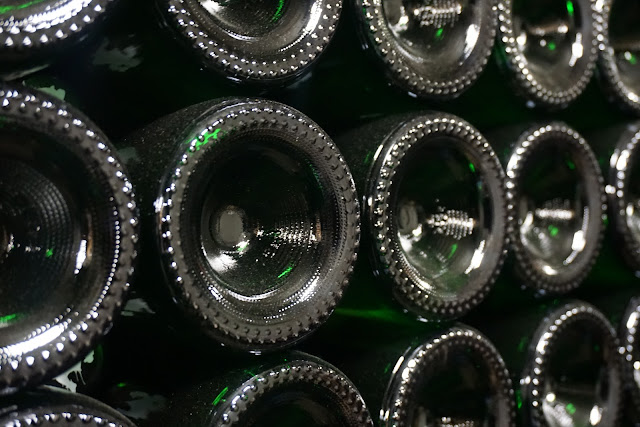 Our last day, Sunday, was spent sightseeing around the city. No tour of Brussels would be complete without seeing the statue of the boy peeing.  Don't ask me why.  Like the Mona Lisa, this thing was incredibly crowded and underwhelming...but still a must see.

All in all Brussels was a great city with loads of history and easy to see the highlights in a weekend.  The beer and great food were icing on the cake. 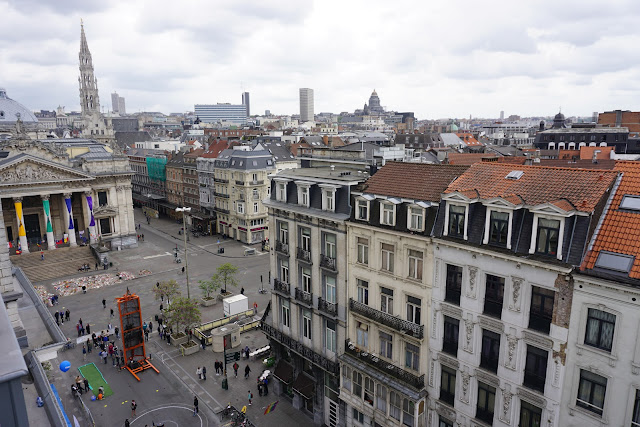 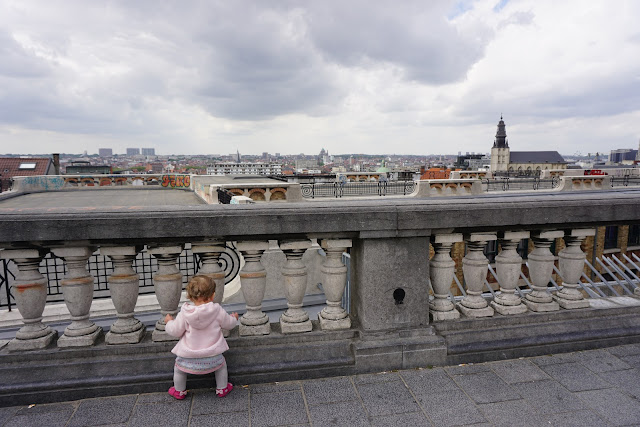 With waffles and beer covered, our trip wouldn't be complete with the other Belgian delicacies.

Come Sunday evening, we hopped on the train back to the airport and returned home.  While a quick trip, the cheap and easy flight made it a great excursion, and my friends made for a great excuse. 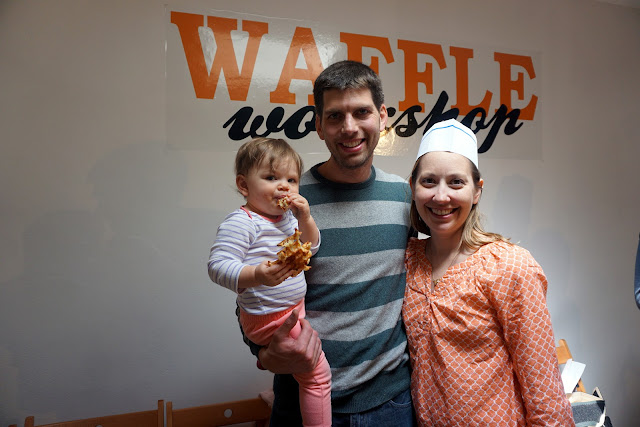 Posted by Kristin Hendren at 10:48 PM