We noticed it was supposed to be a bit rainy and windy Sunday in Iceland (the day Abby and Jack were arriving) but it wasn't until we spoke to some locals that we realized it was actually the remnants of Tropical Storm Cristobal.  It had hit a few islands in the Caribbean (including Providenciales), risen north off the east coast of the US, and was now pushed by the jet stream back across the Atlantic.  Saturday we enjoyed “the calm before the storm” and then woke up at 5am Sunday to experience it in full force.   Seeing a flag pole blown over in the hotel parking lot made us worry their plane wouldn’t be able to land but the front desk guy assured us Icelandair flights land in everything as we ran out the door and jumped in the car, getting drenched in the process.

After 45 minutes of white-knuckle driving to the airport, it was encouraging to see the flight was still scheduled to land only a few minutes late along with 4 or 5 others coming from the US.  An hour later, the monitors said several flights had landed but there were only a few passengers that had trickled out of customs.  Finally we learned that the planes had landed but it was so windy they couldn’t pull up to the terminal, so, as Abby said, they were left to rock like a boat out on the tarmac until it calmed down.   Finally they made their way off the plane and we shuttled them back to the hotel so they could relax and refresh a bit before we continued our adventure.

In a country known for a harsh environment of fire (volcanoes) and ice (glaciers), the wind and rain really just added to the experience.  Heading east from Rejkovik, our first stop of many natural wonders was Þingvellir to see the land where the first Icelandic government would meet each summer (starting in 930) and the intersection of the North American and Eurasian tectonic plates.  It was a beautiful area to hike around and the wind was so strong at the lookout point, we felt like Weather Channel reporters barely able to stand up straight. 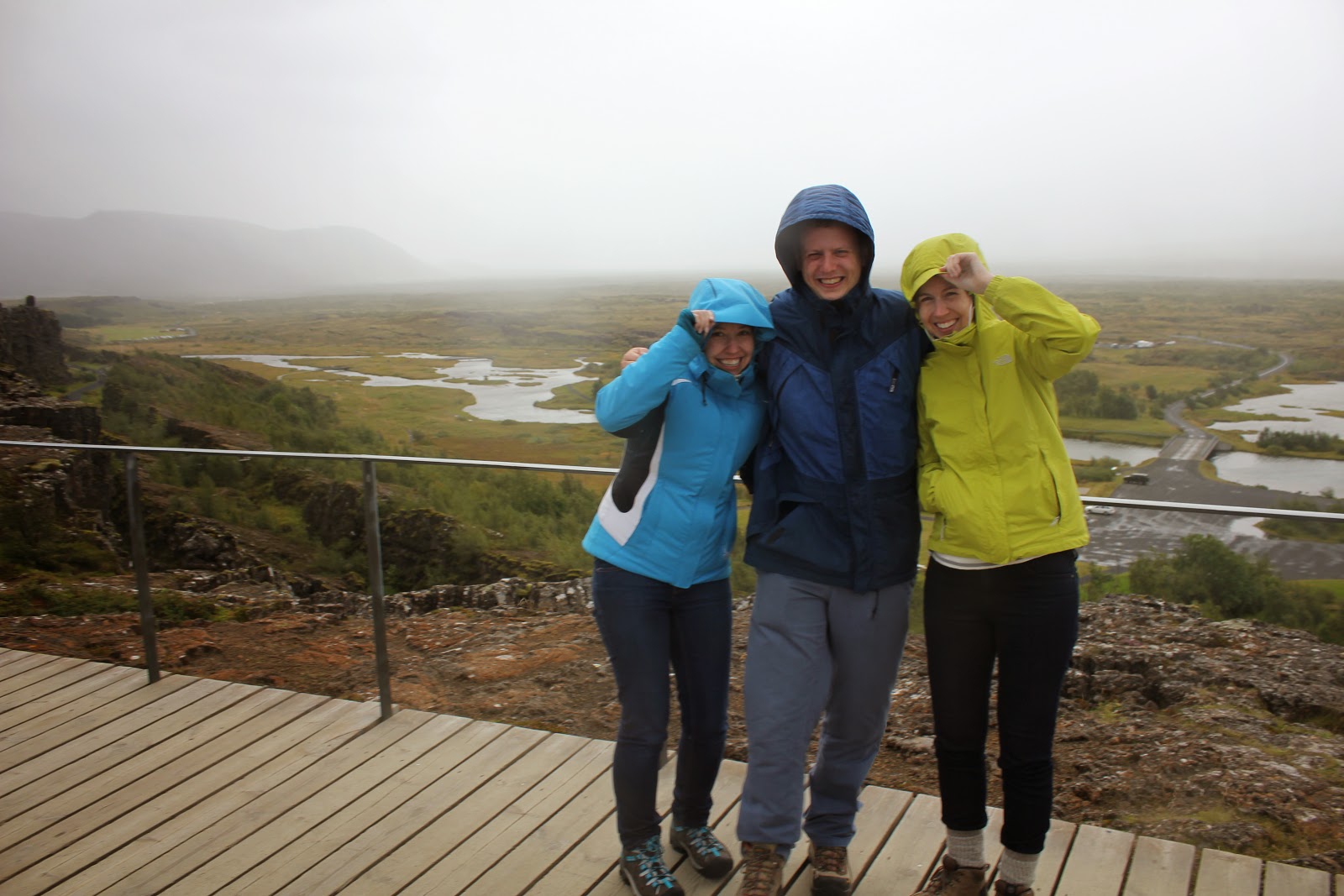 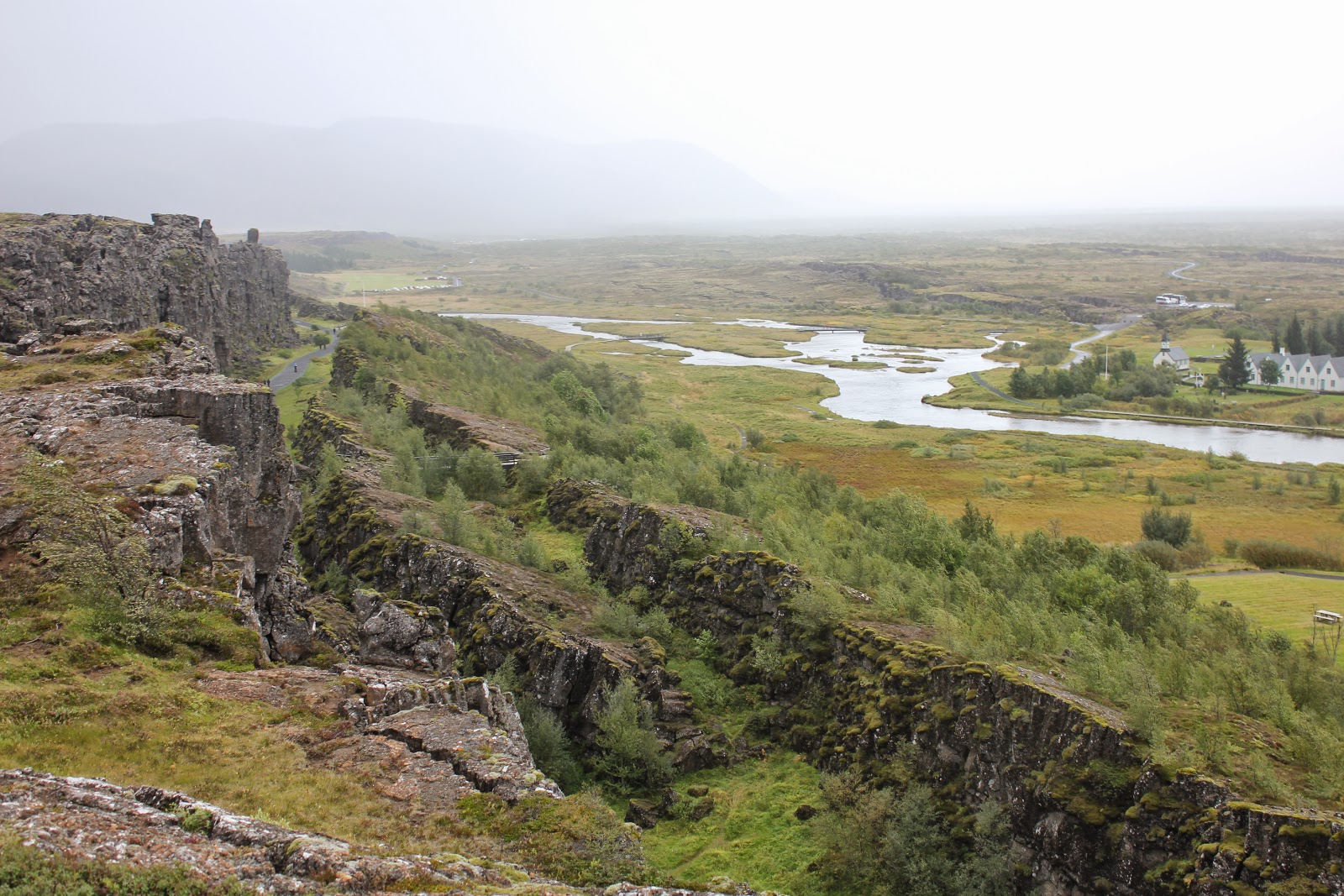 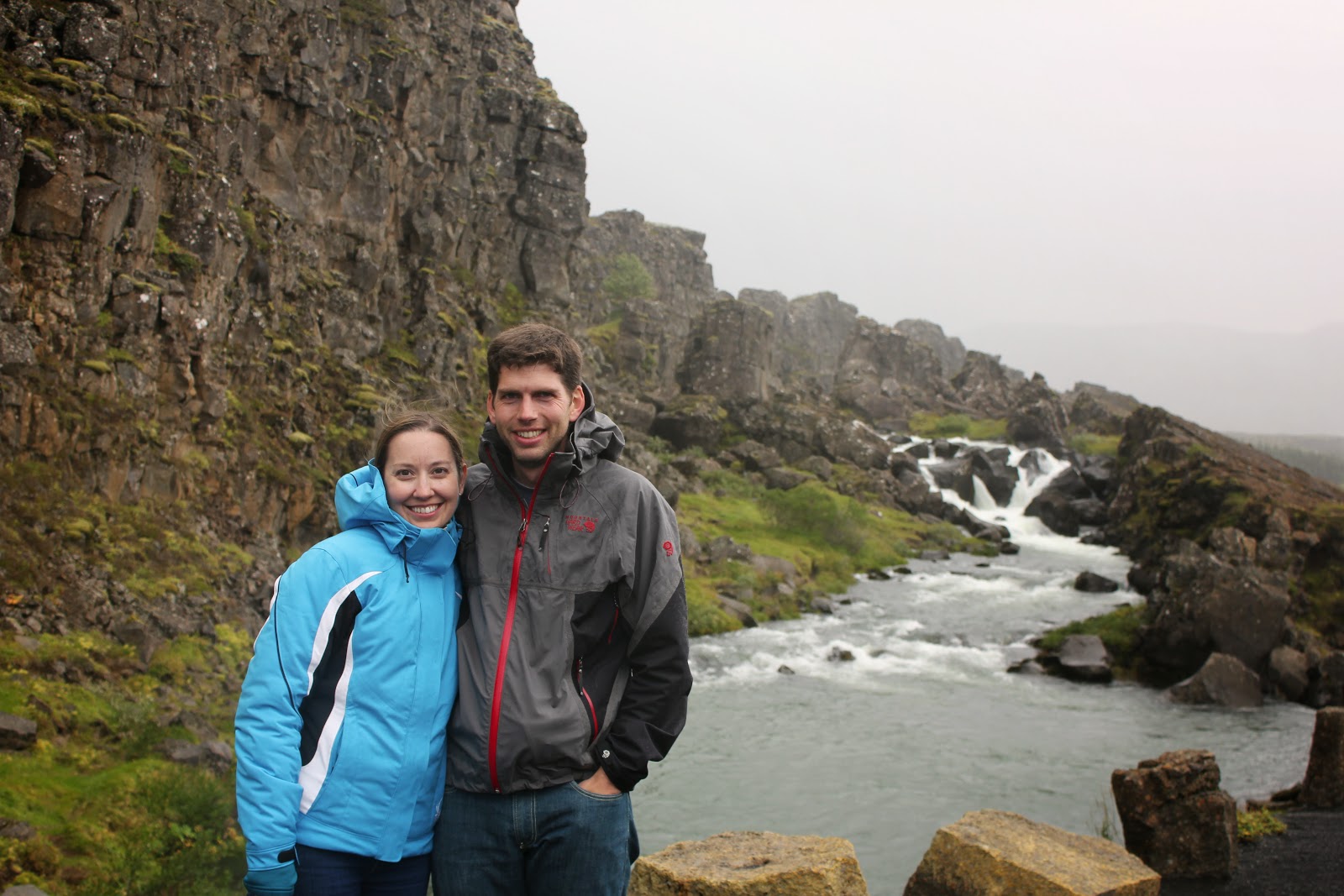 The second stop was the majestic and powerful Gullfoss (Golden Falls).  As we approached, the land looked pretty flat around us and didn’t appear to be the type of place to find a majestic waterfall. 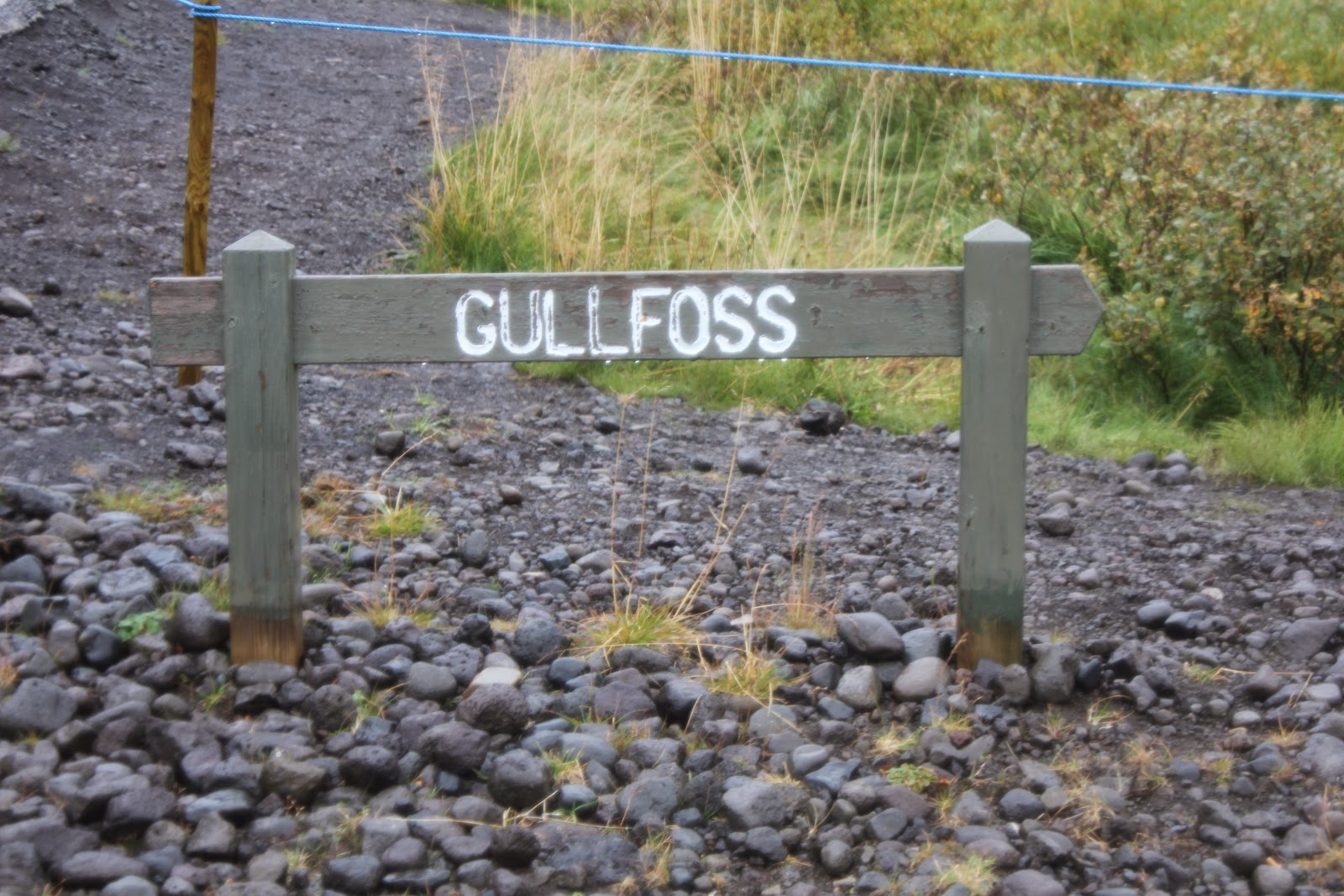 Then we came over the ridge and peered down at a massive volume of water flowing through a deep crevice, stair stepping down over 100’ before taking a sharp left to continue through the valley it had cut into the earth.  It was awesome and one of those places where pictures just can't do it justice.  But here are a few obligatory shots of us standing around it anyways. 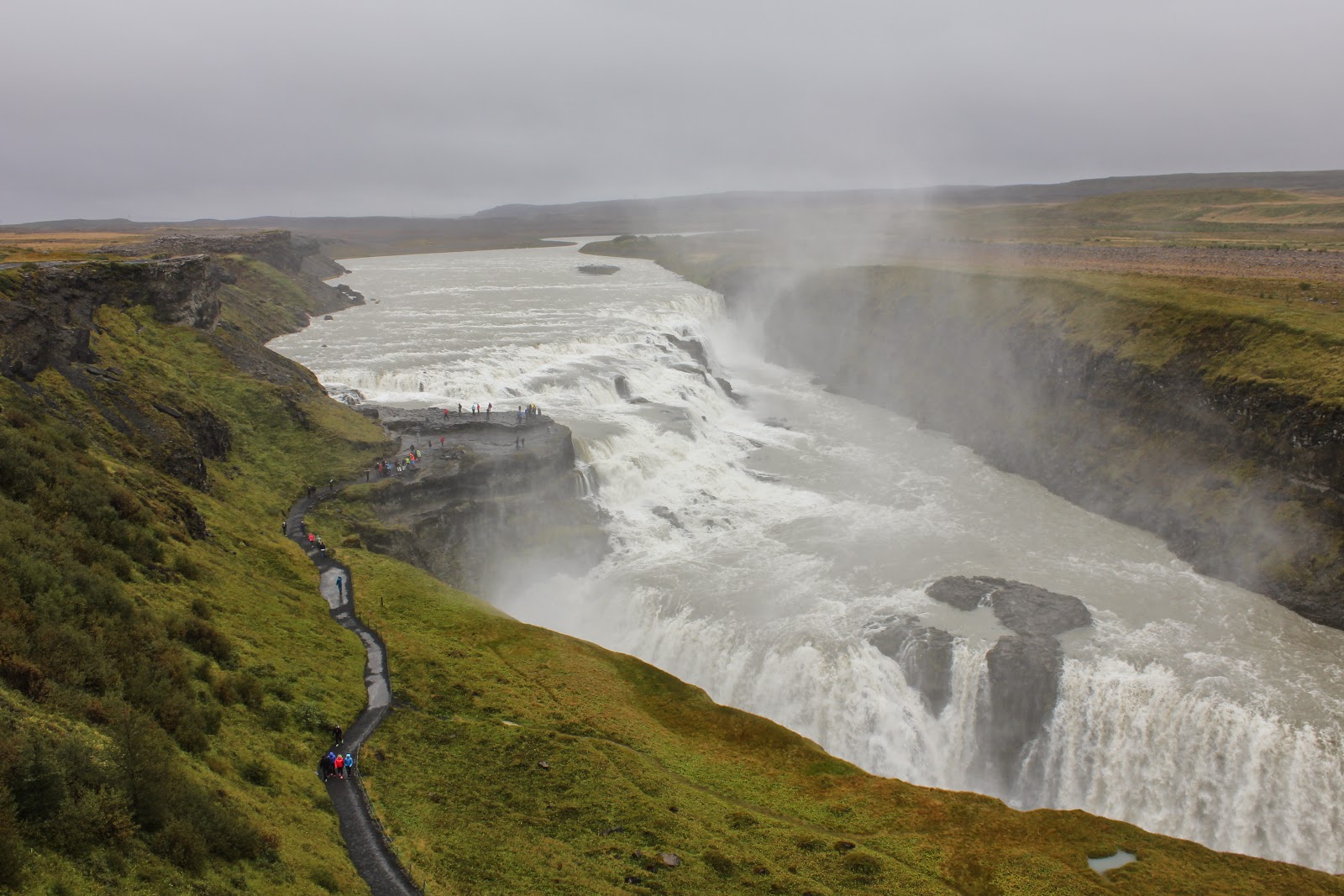 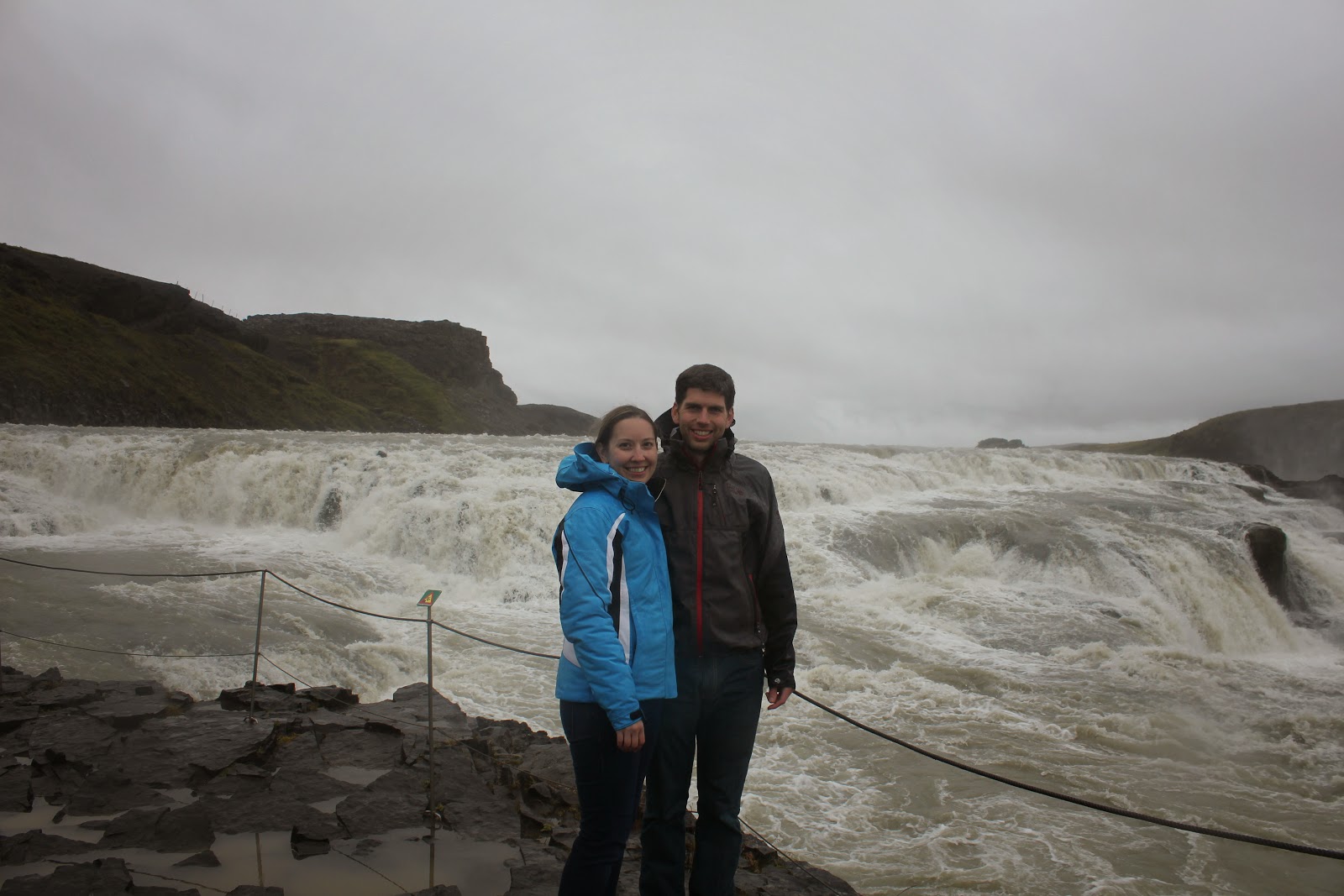 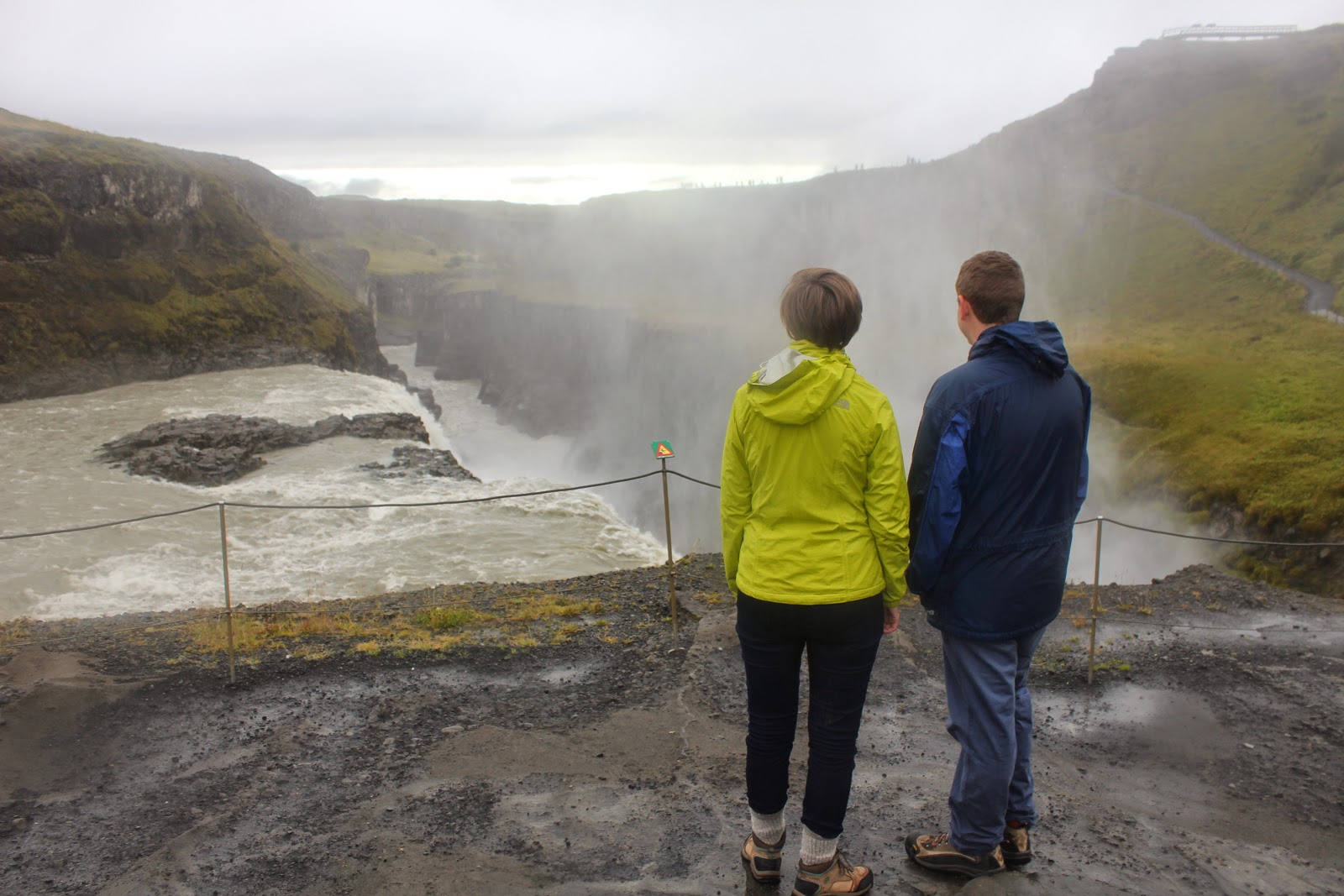 Iceland is dotted with natural hot springs and relies heavily on geothermal electricity so it’s no surprise they also have an area full of geysers, appropriately named Geysir. 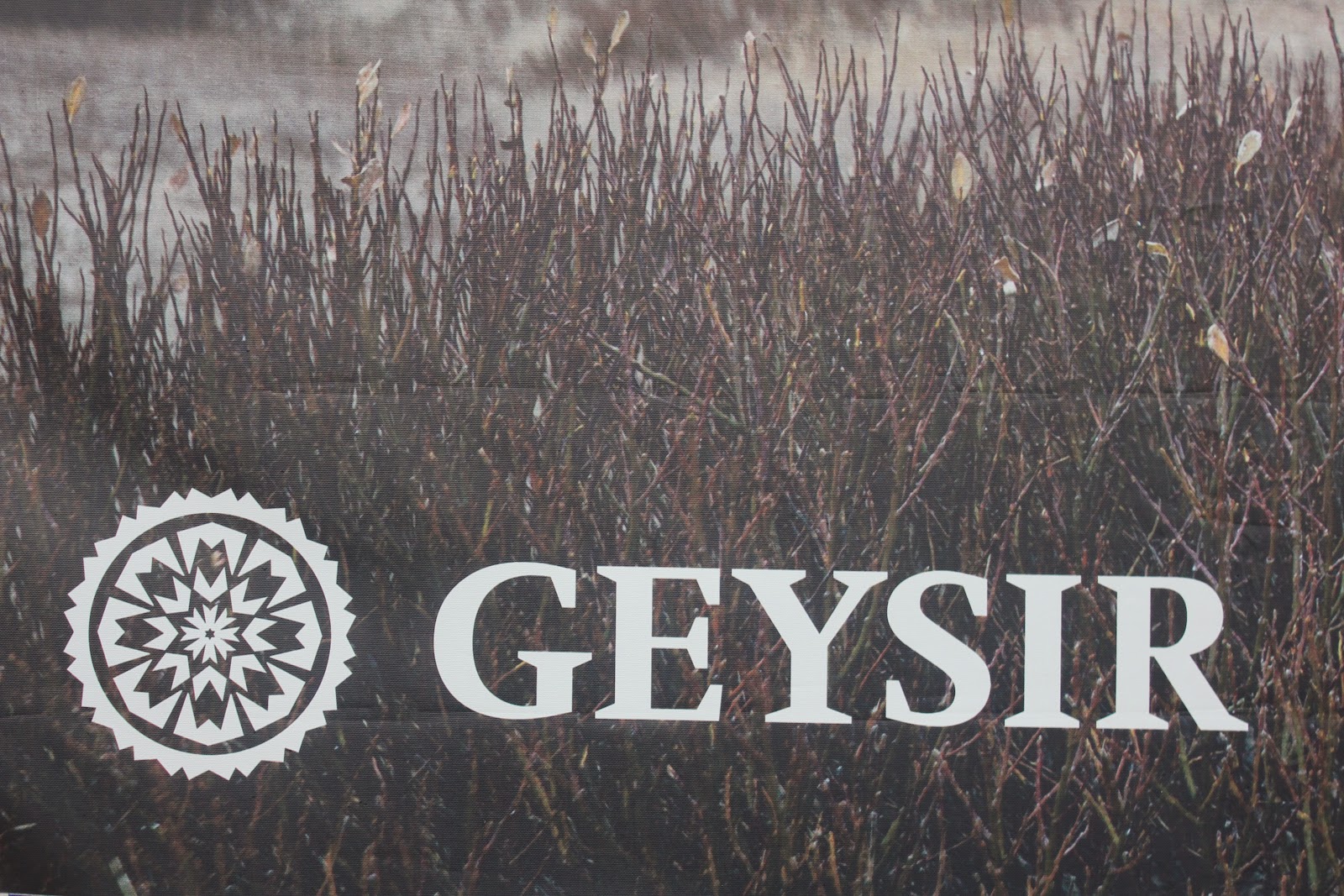 I was amazed with the variety of hot water and minerals that existed in such small area.  Some were big, some were small, some were ferrous red, and some were deep blue. 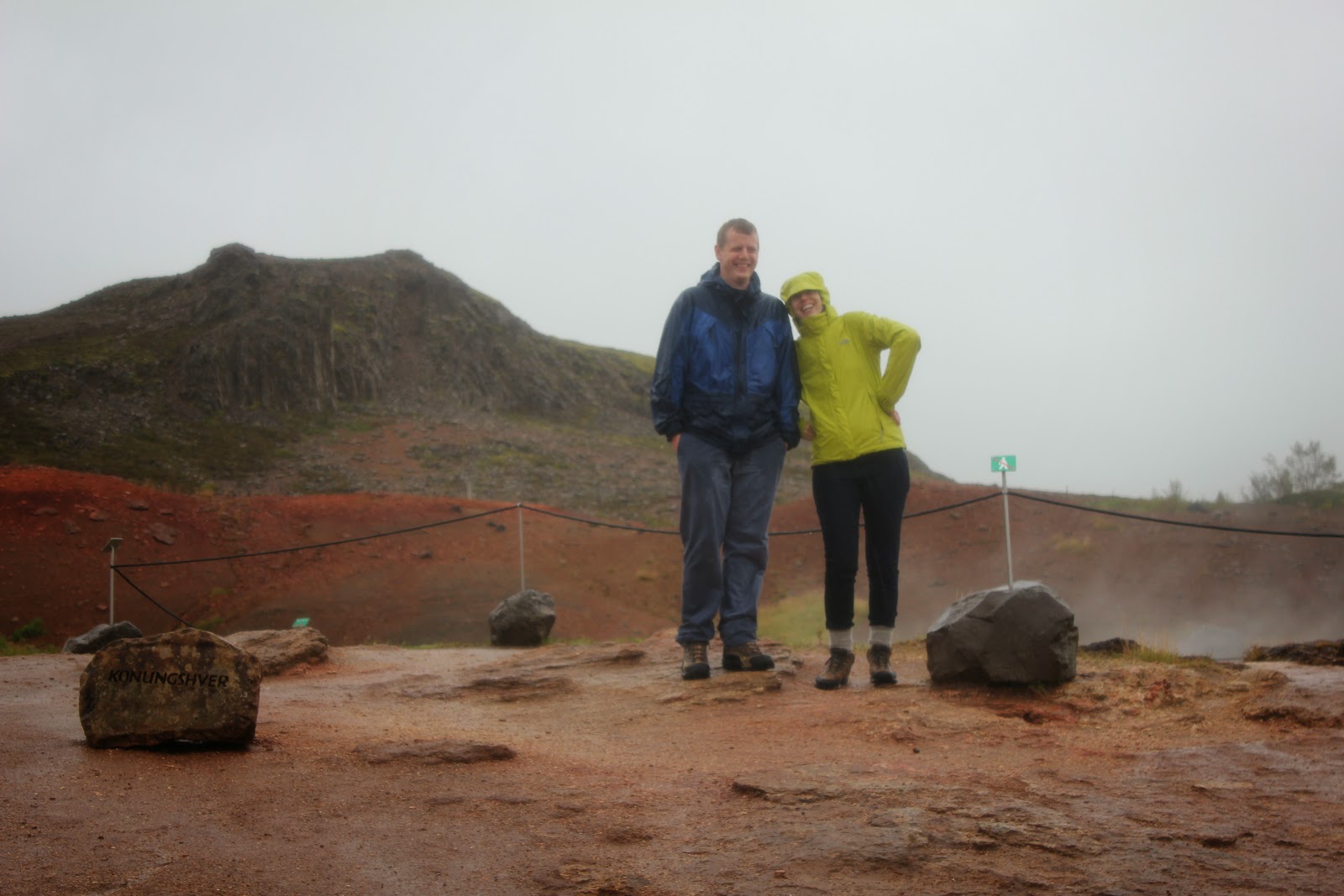 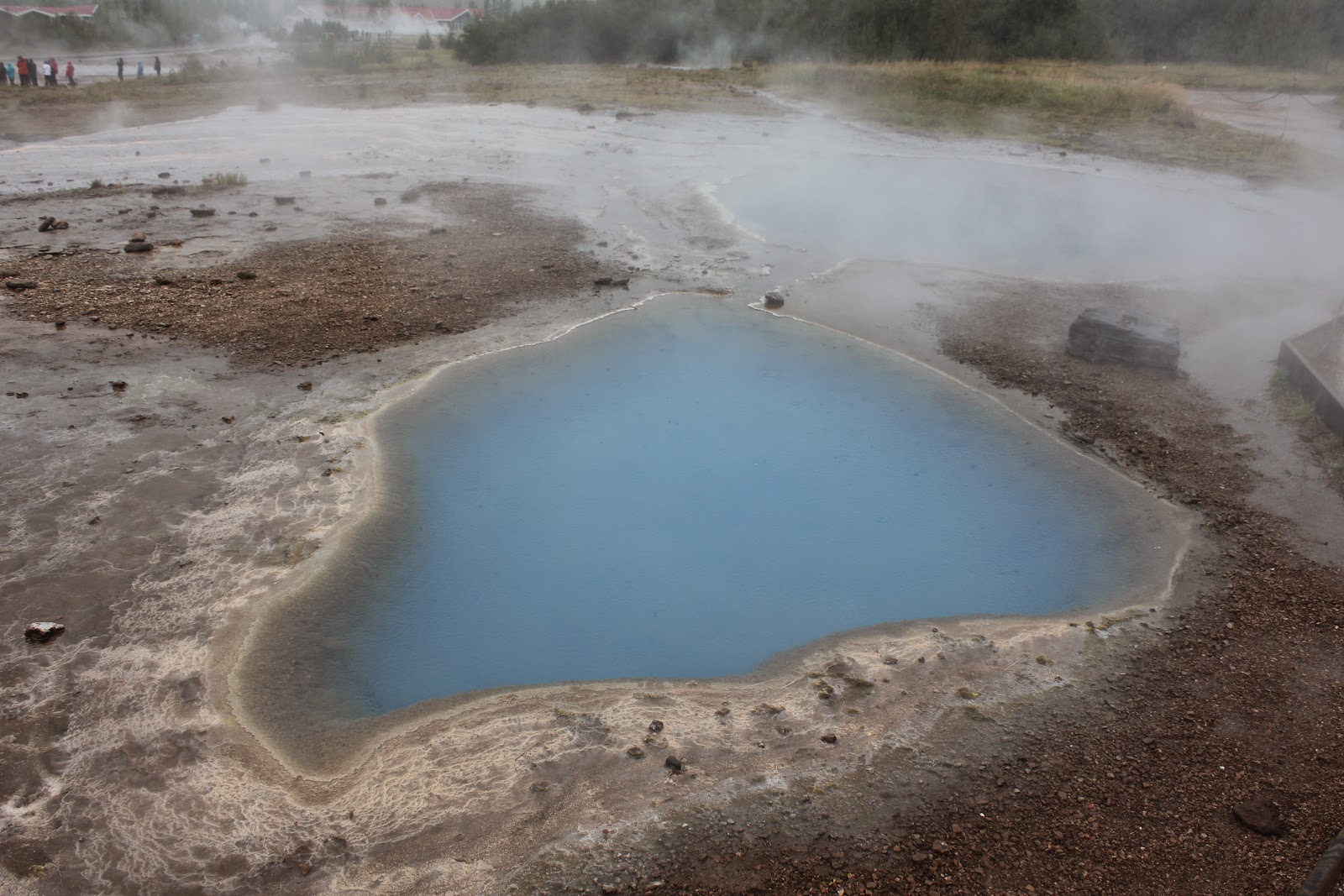 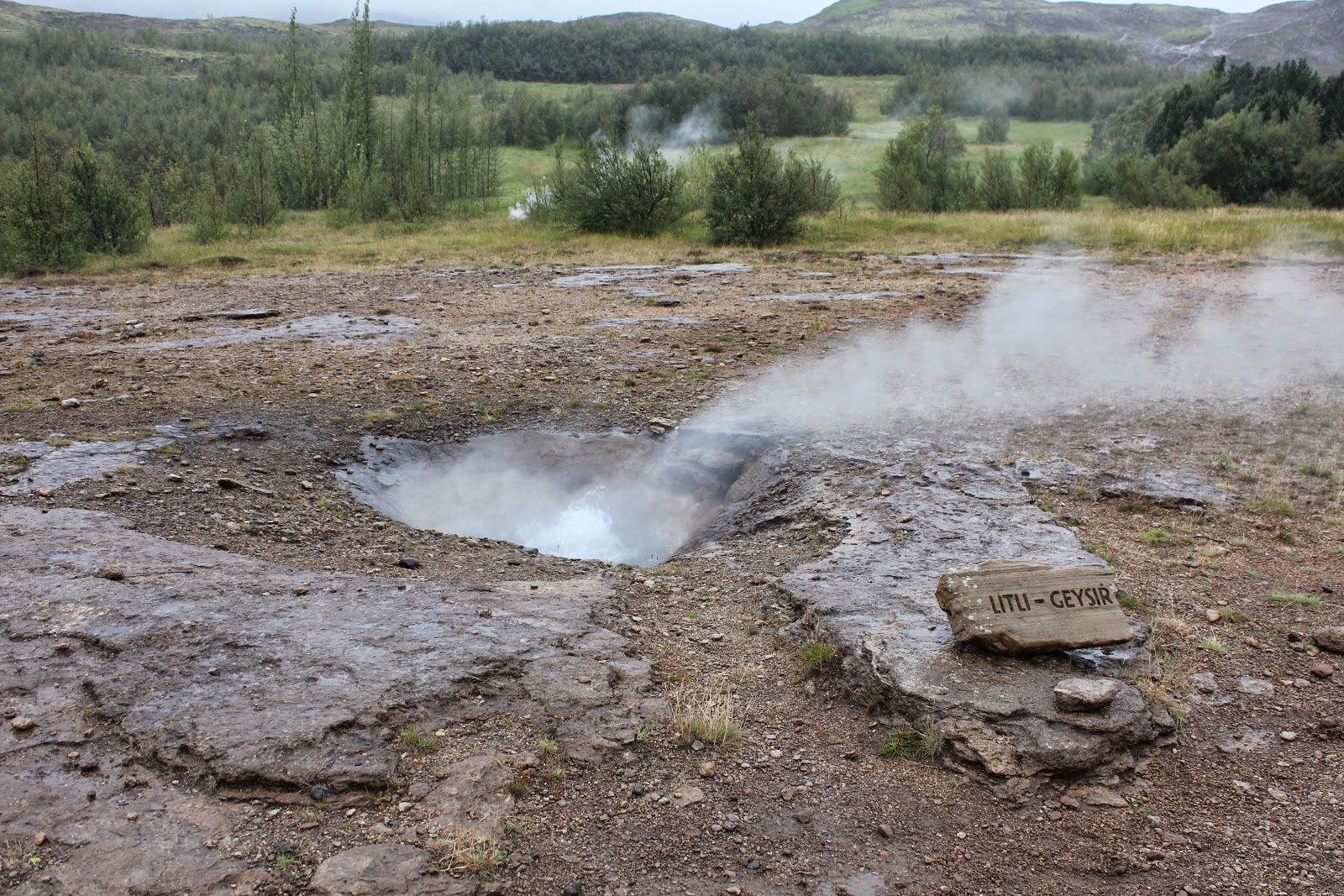 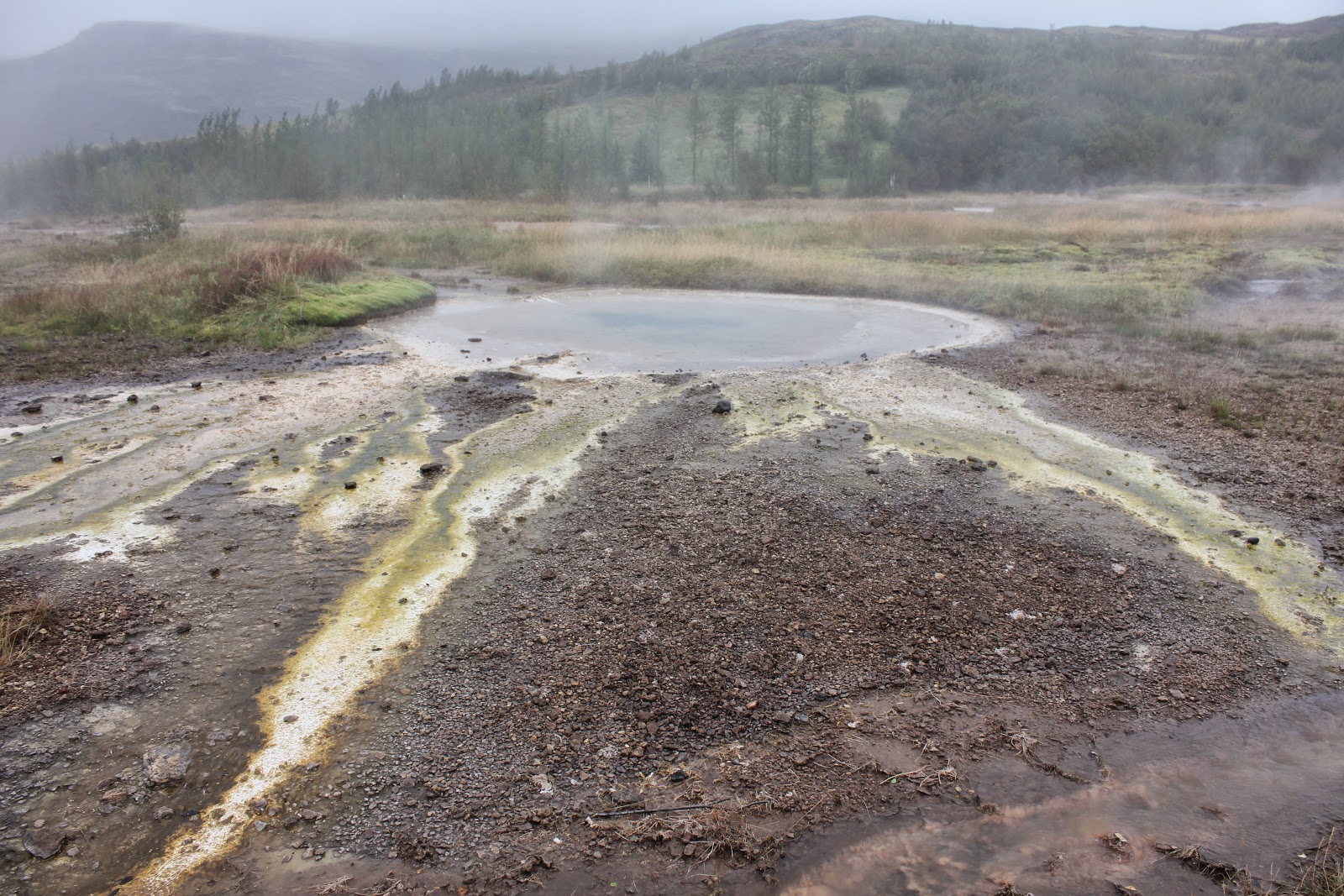 One in particular would erupt every 10-15 minutes with a powerful, well, geyser. 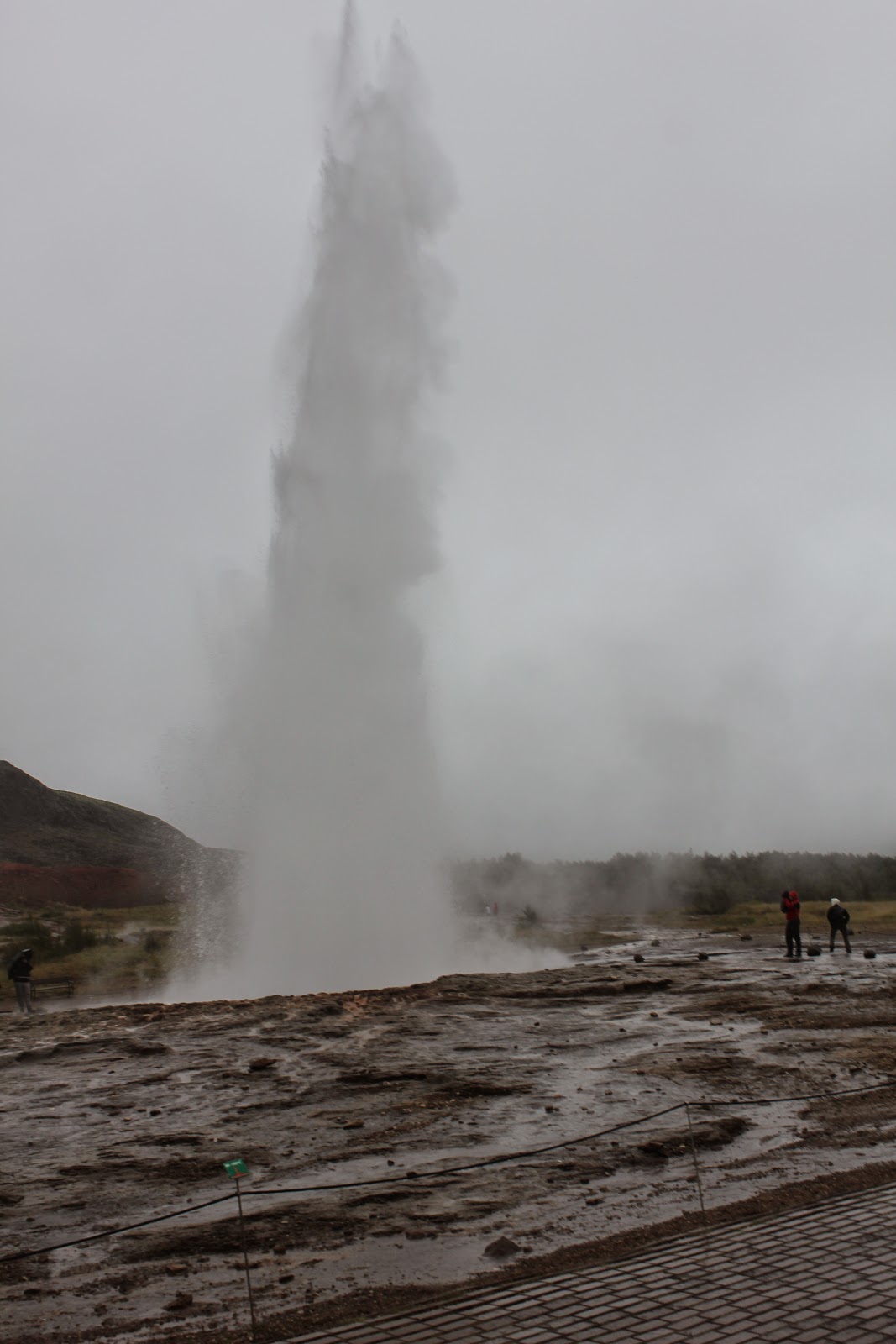 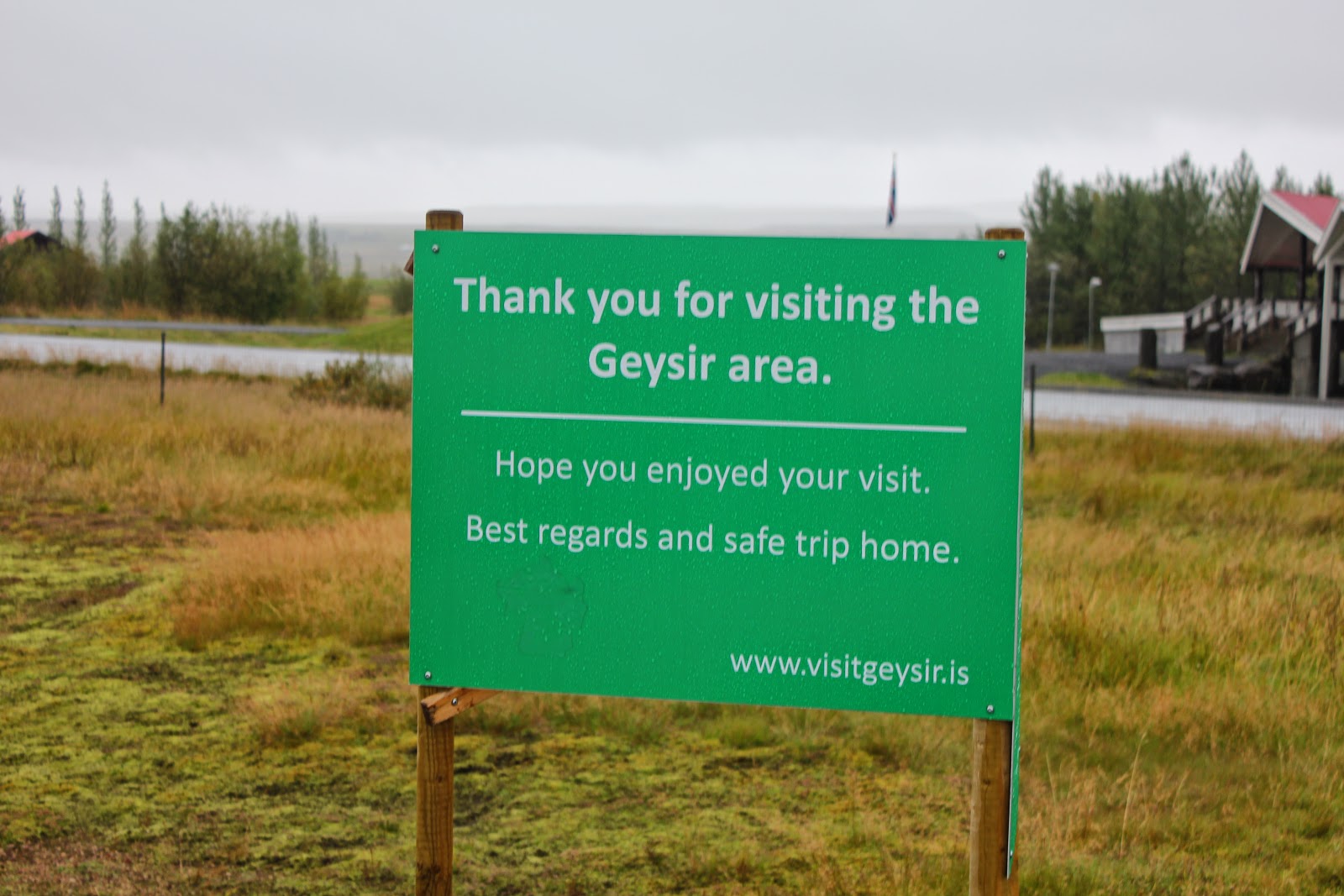 That night we stayed in a wonderful Airbnb place that Abby found.


When we woke up, the skies were starting to clear, the wind had subsided, and we were optimistic that our glacier hike would proceed after being cancelled the day before.  We suited up with some fun gear and a quick safety talk then hiked for about 30 minutes up to the glacier.


The company used to hike to the face of the glacier but it has recently been deemed too unstable so instead they take people around the side.  Unfortunately after all of the wind and rain the day before, this access point had been washed out by the storm so instead we hiked another 15 minutes up and finally made it onto the ice.  I had opportunities to hike on a glacier when I lived in Alaska and have heard of it here in Austria but I never thought it would be that interesting.  Wow, was I wrong.  Being up there with crampons and an ice axe, standing on hundreds of feet of ice, and seeing first hand how it ebbs and flows was pretty incredible. 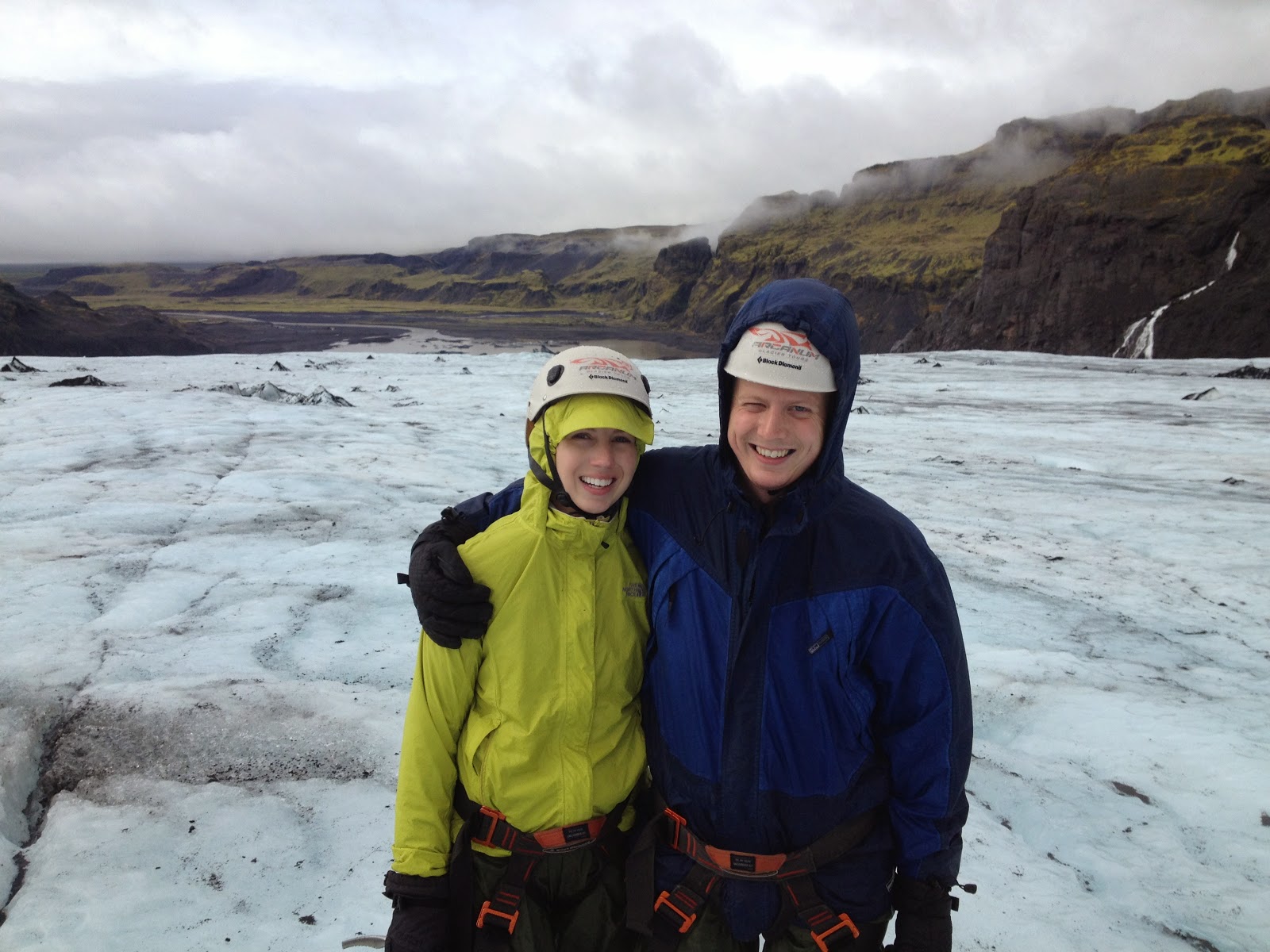 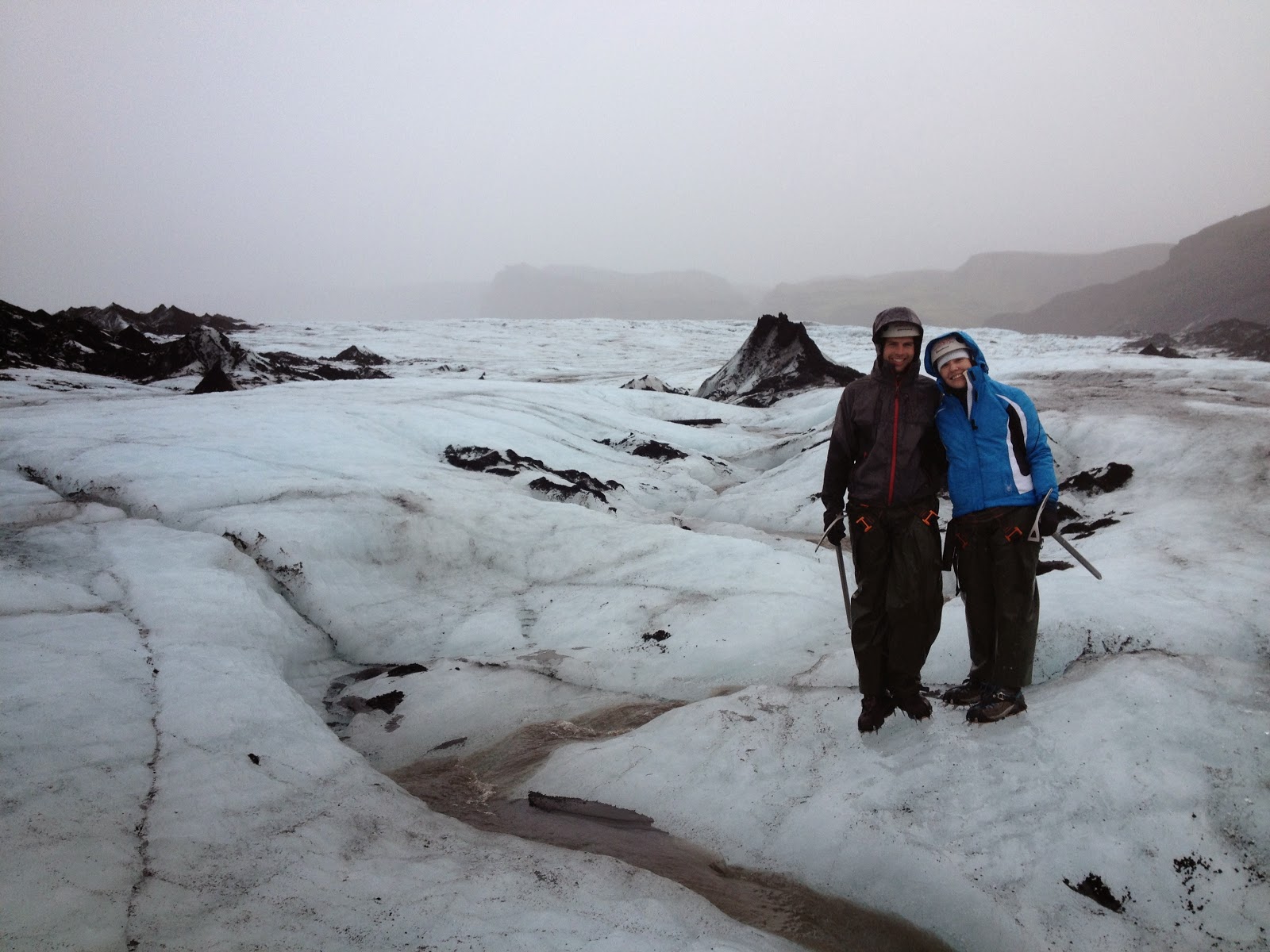 Our fearless and knowledgeable guide Daniel made the experience even better.

After the big adventure we were happy to jump into the warm, dry car and head back to Reykjavík.  Along the way were some spectacular views of waterfalls after all of the rain, and lots of Iceland’s famous wild horses that Abby adored (and tried to feed). 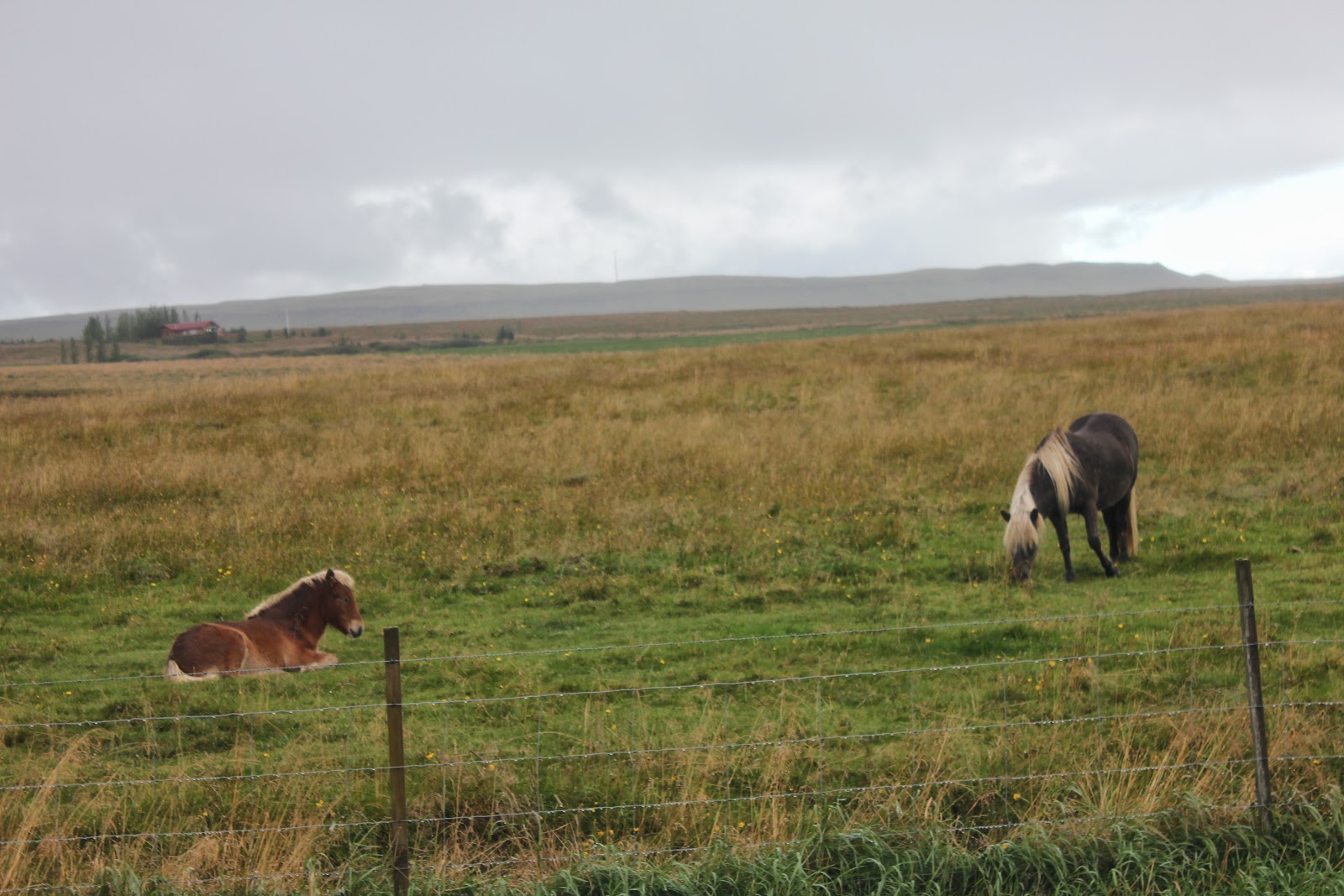 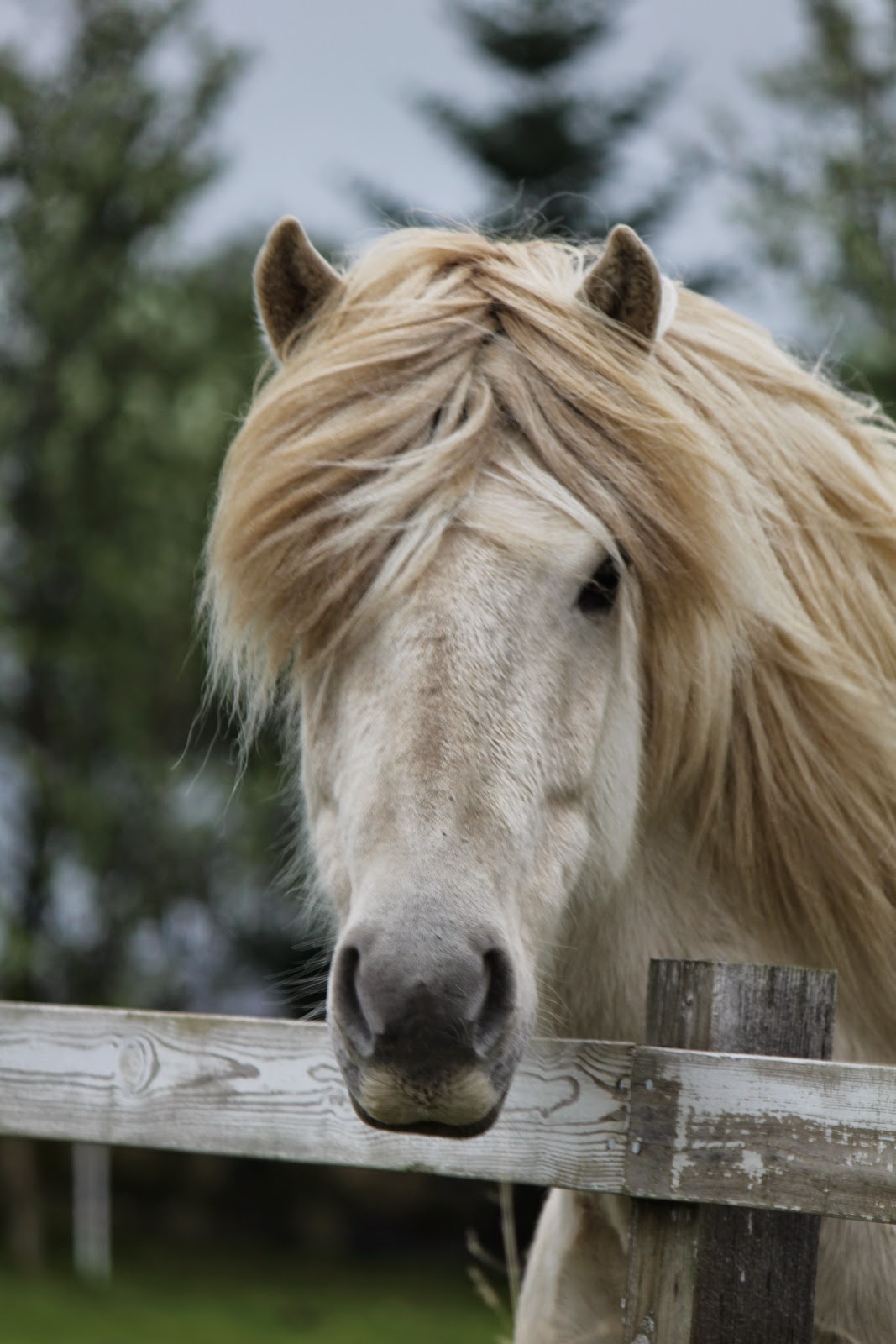 We briefly stopped at Kerið, a volcanic crater lake most famous for being the site of a Björk concert where she performed on a floating platform.  While naturally pretty, it’s on private land and the entrance fee of a few dollars each made us regret diverting to see it. 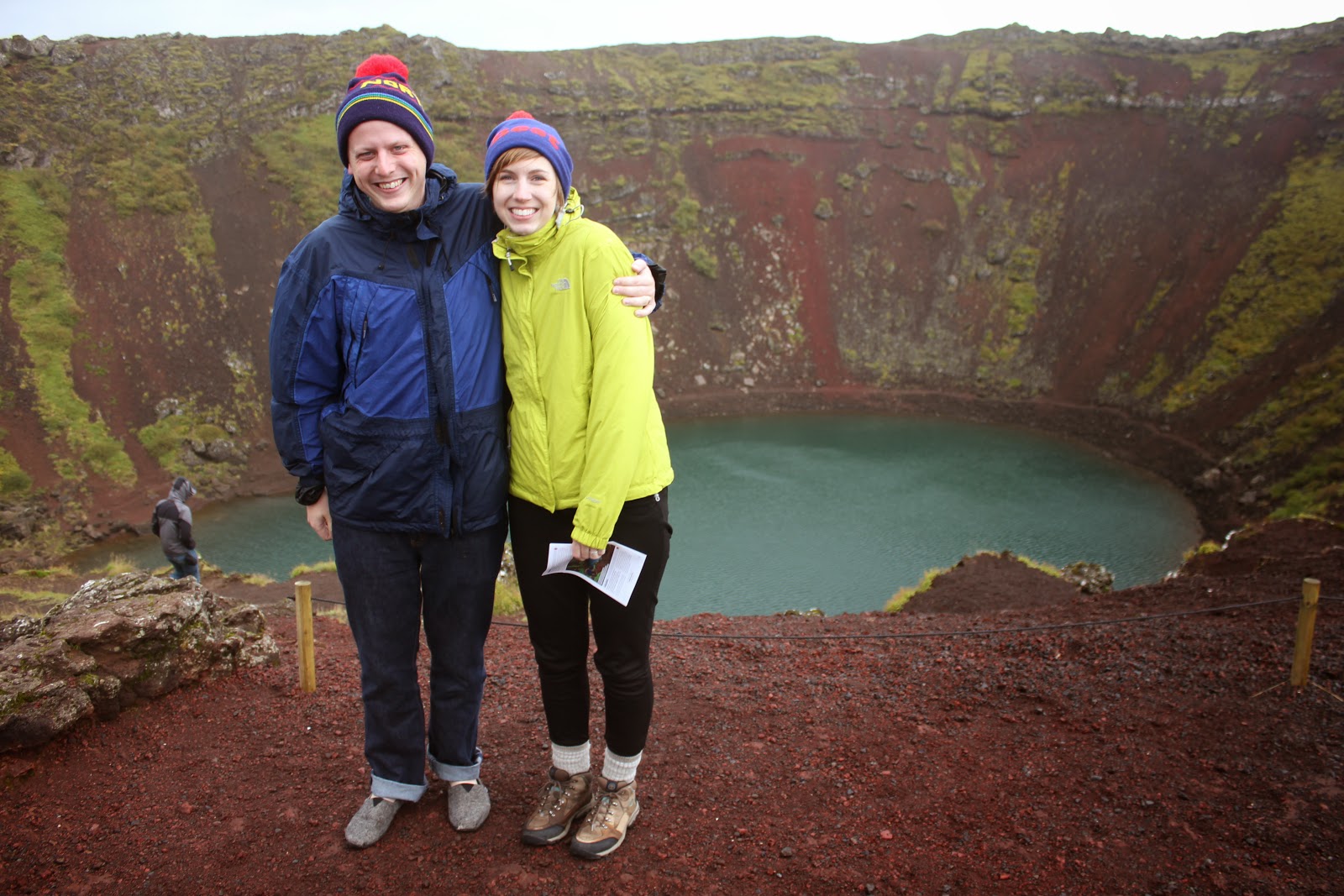 Back in the big city, Kristin got more baked goods at Sandholt and we all enjoyed an awesome seafood dinner at Fiskfelagid.  That night we also enjoyed the hot tub at another great Airbnb place Abby found and then a few hours of sleep.  What a perfect end to an amazing trip.  Thanks again to Abby and Jack for giving us an excuse to go!!!
Posted by matthendren at 10:25 AM