Fun Times with Em and Mo (part 1, a little bit of Stuttgart and a Bunch of Italy)

Emily and Mo rounded out our string of back to back to back groups of visitors and we were thrilled to host them.  After getting over a bit of jet lag (and not taking my advice to sleep on the plane!), the four of us piled in the car and headed south for some sightseeing. Lichtenstein Castle, oddly enough not in the country of Lichtenstein, is a funny little castle perched precariously on a cliff in an area of southern Germany known as the Swabian Alps. 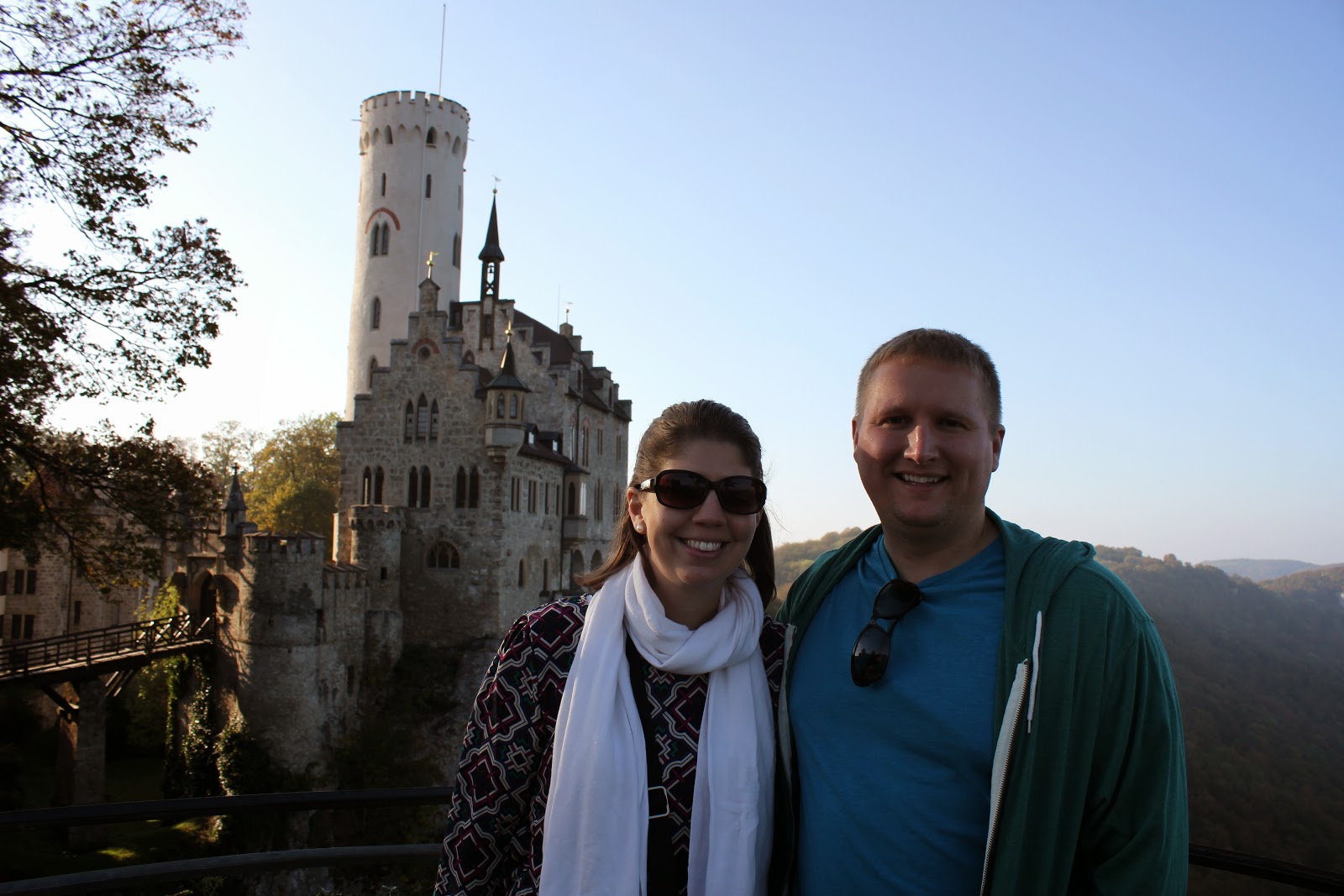 Unfortunately, Kristin got a little "sleepy" on the tour so we actually left early and headed home.

Stuttgart is surrounded by farmland and parks, both of which have lots and lots of public trails through them that people use for walking, jogging, biking, and to generally enjoy being outside. Especially on Sundays when all of the shops are closed.  To do as the Germans do, we headed to the north side of town and strolled amongst the vineyards in Fellbach.  Some of the grapes were still ripe and ready for harvest while others had already been cut and the leaves were changing for fall.   All of it was fun to see, especially on such a beautiful day. 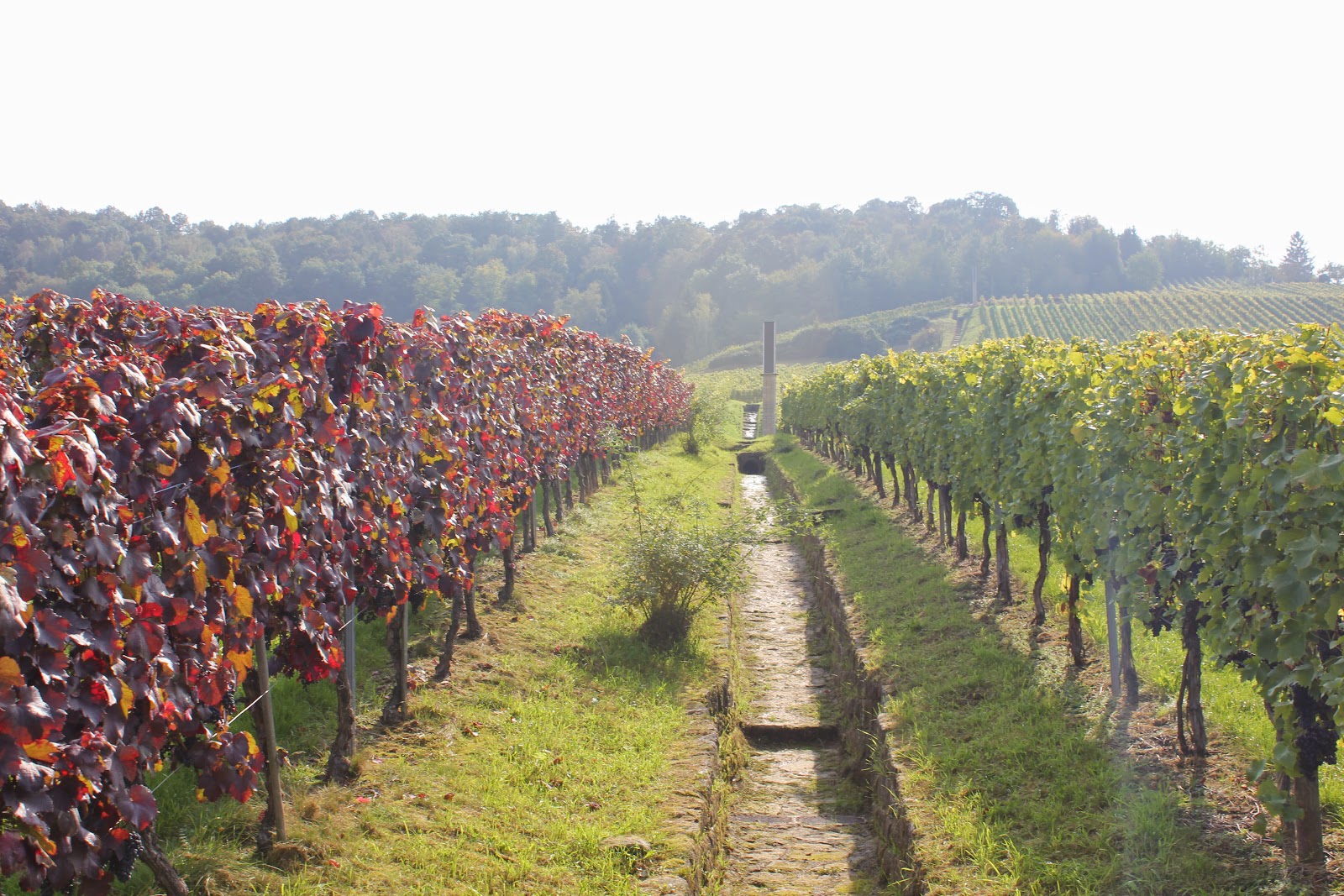 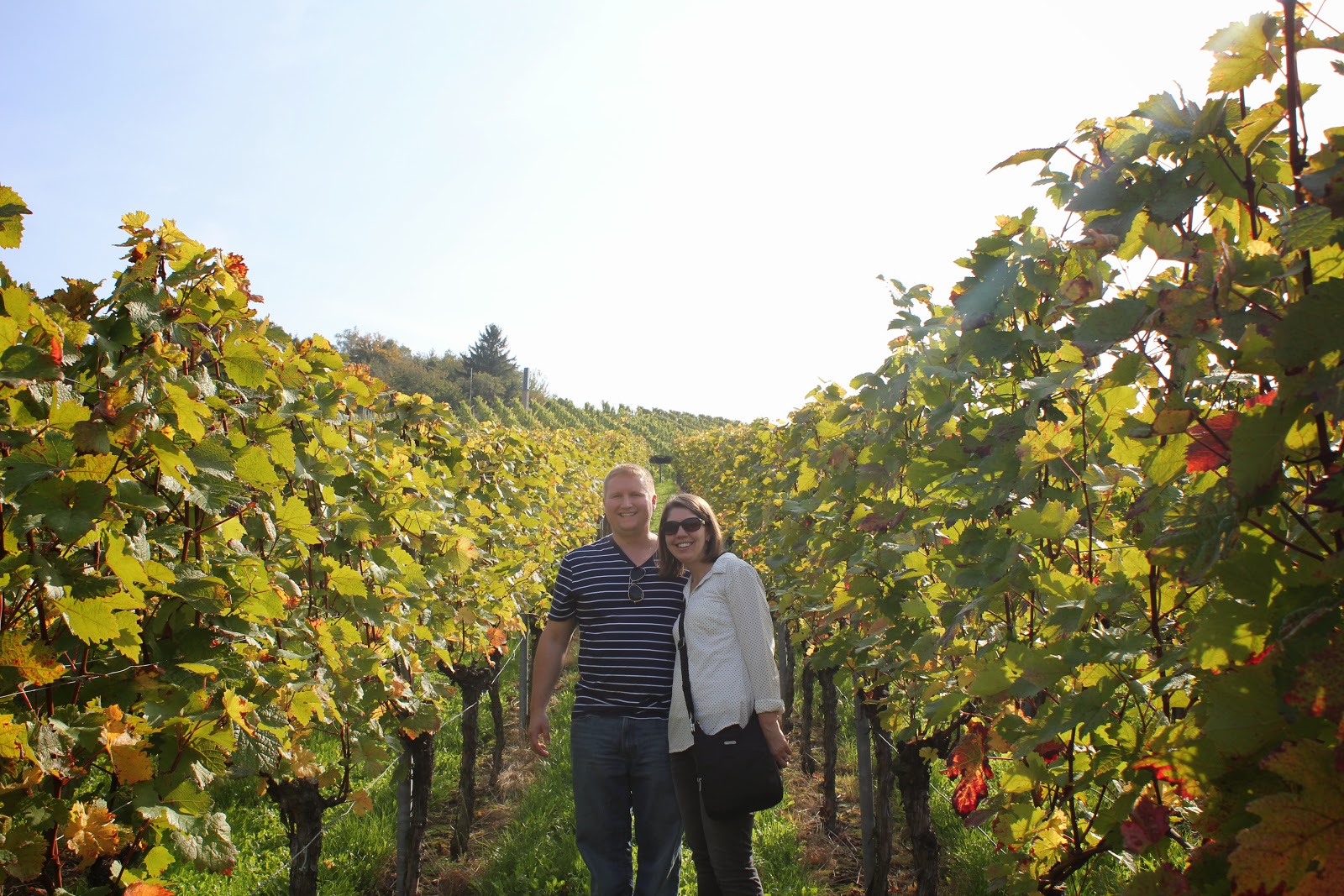 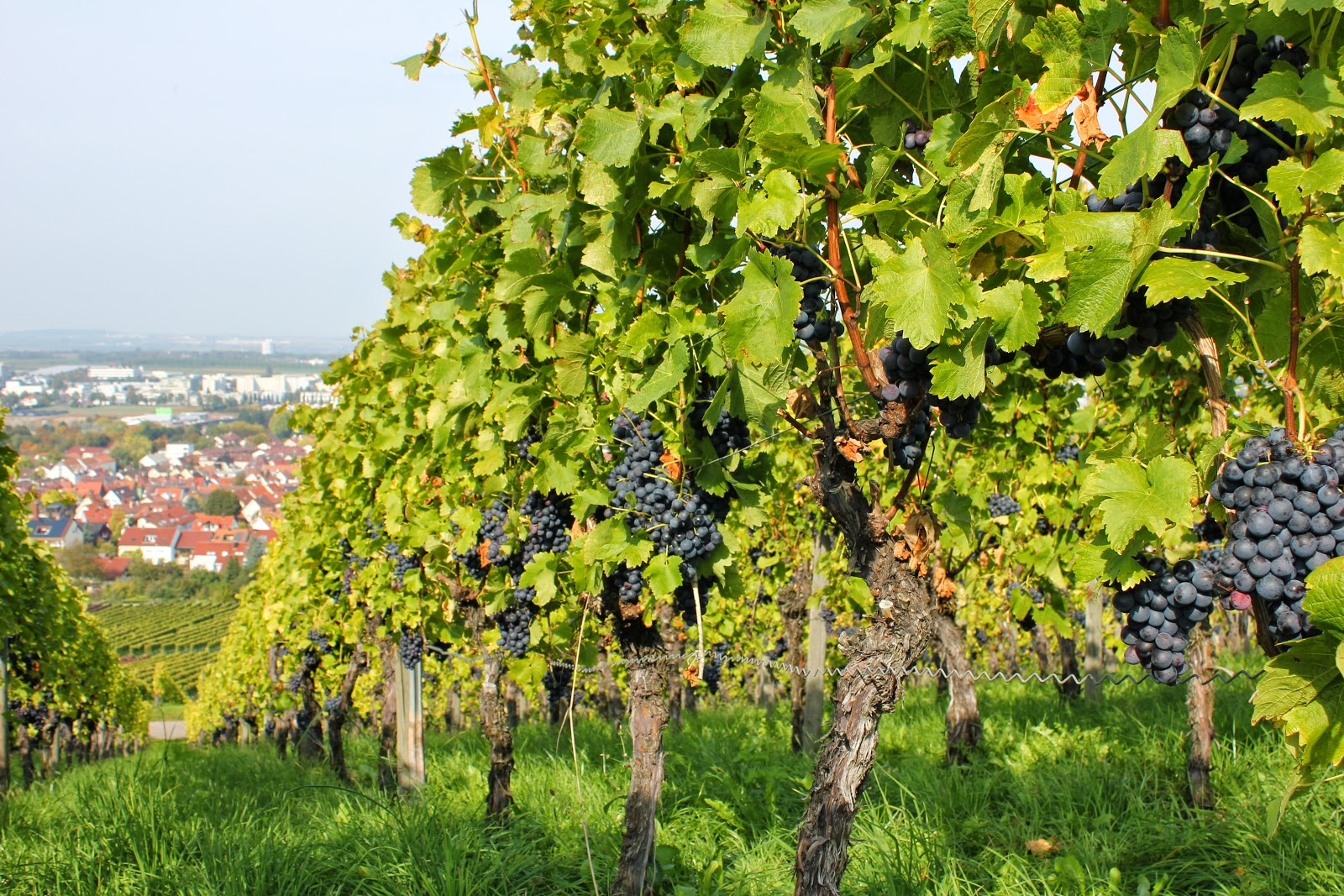 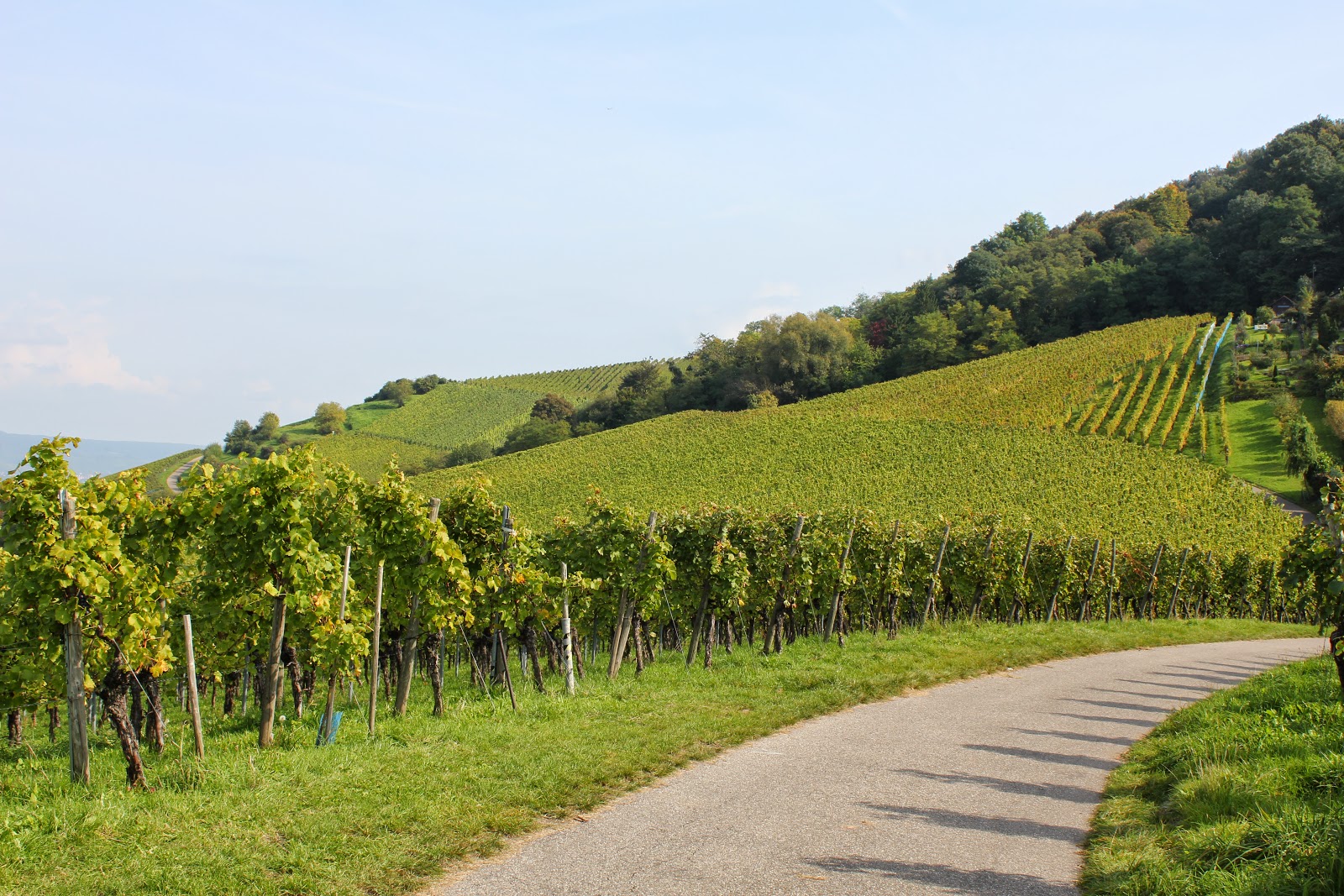 After finishing the walk with some hard-earned wine, it was time to get back to what Germans do best and go to Cannstatter Volksfest...which some might remember from blog post #1 when I first arrived in Stuttgart.  What a year it has been!!

It's tough to capture the excitement, silliness, and hijinks of the beer tents so I'll just say that we had a great time.

The next few days I had to actually go to work to make sure I still had a job, while Em and Mo toured around Stuttgart. But then we were off to Italy!

First stop was Verona, mostly because it was closer than driving all the way to Florence.  That night we had an awesome dinner to celebrate Mo's birthday and then the next morning we did a quick tour through the city, thanks to our trusty Rick Steves' guidebook.


Founded in the 1st century B.C., the city center is a UNESCO world heritage site and has an incredible number of buildings that have lasted hundreds of years.  I don't know about anyone else, but it was exactly the old world charm I was hoping for on my first trip to Italy. 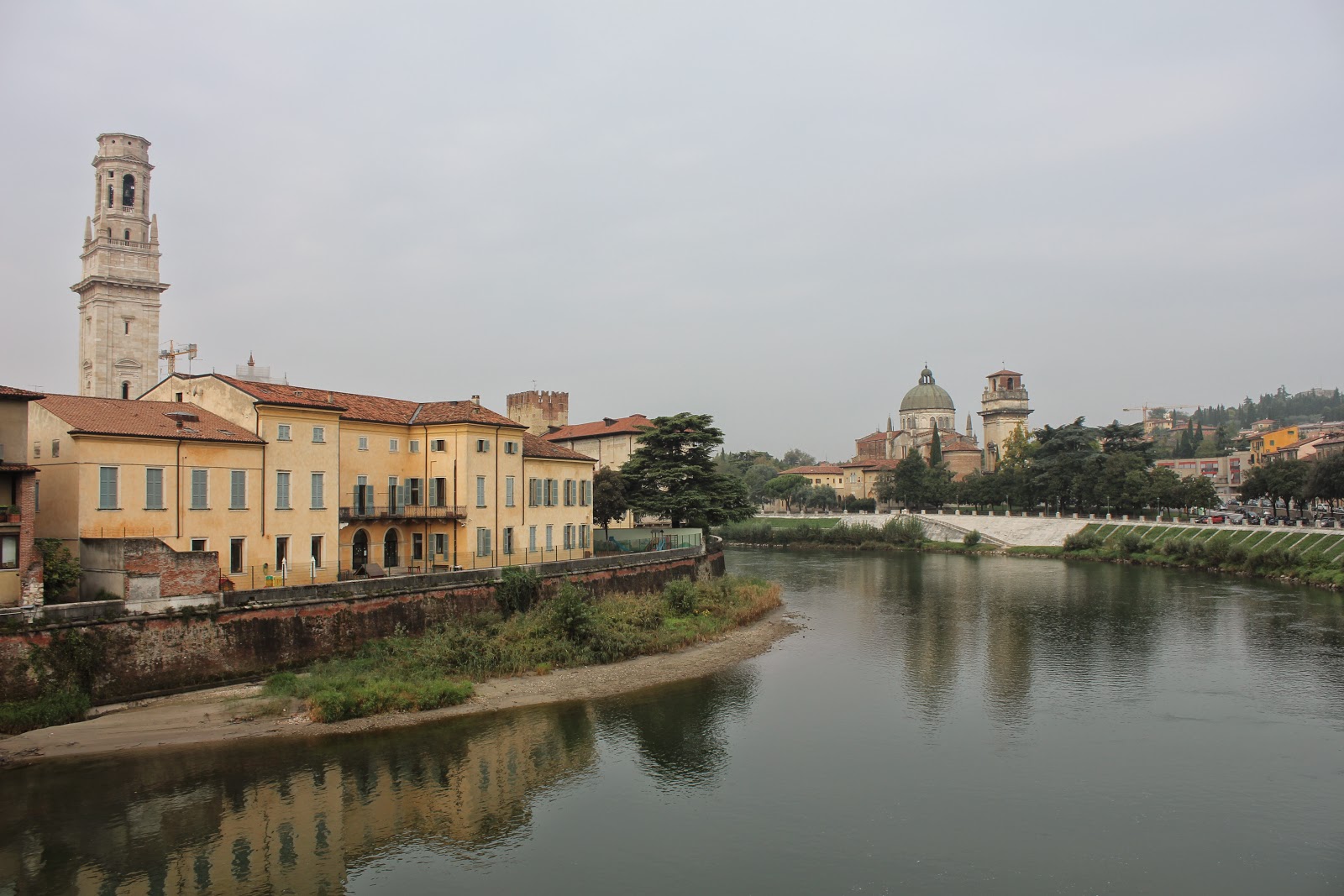 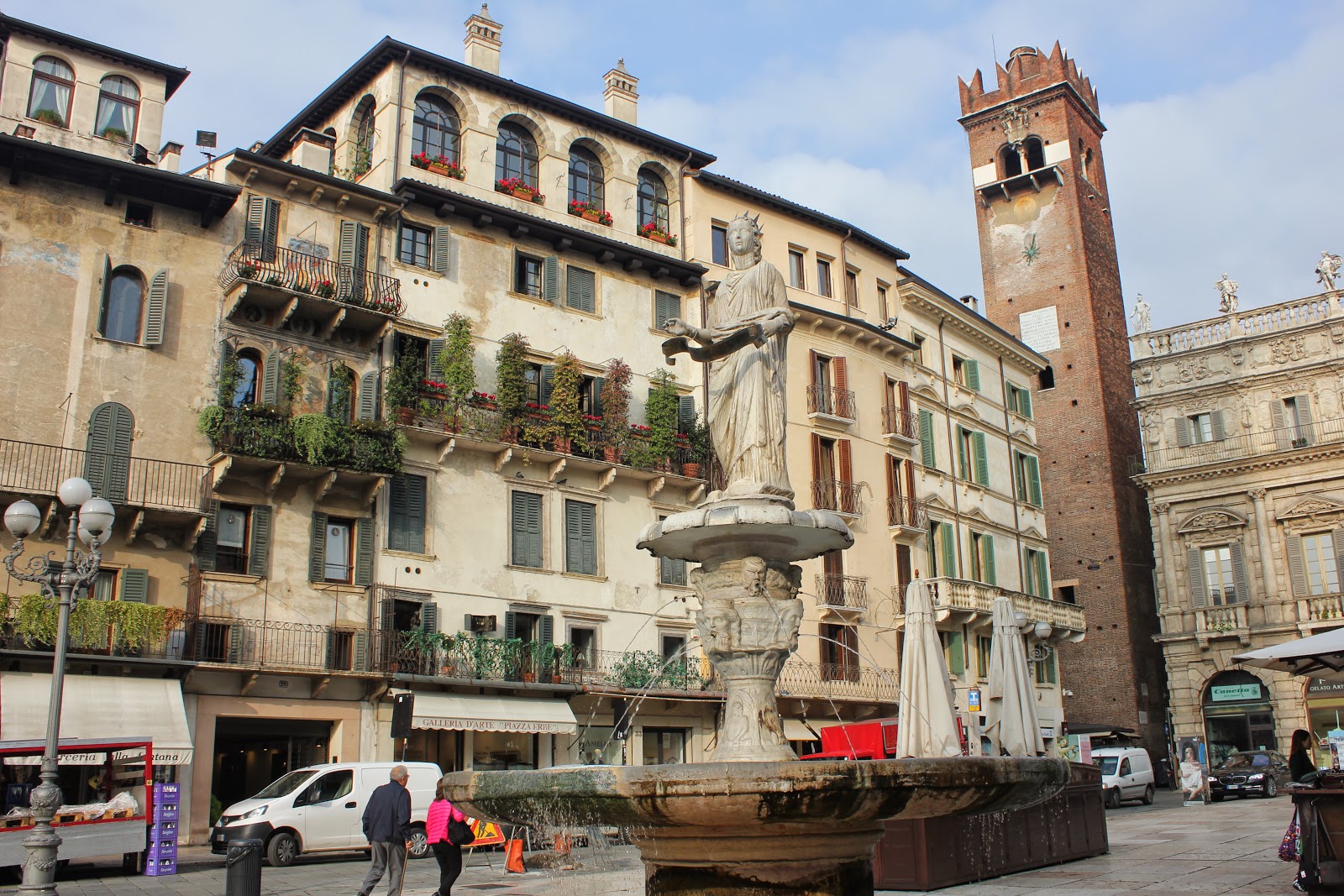 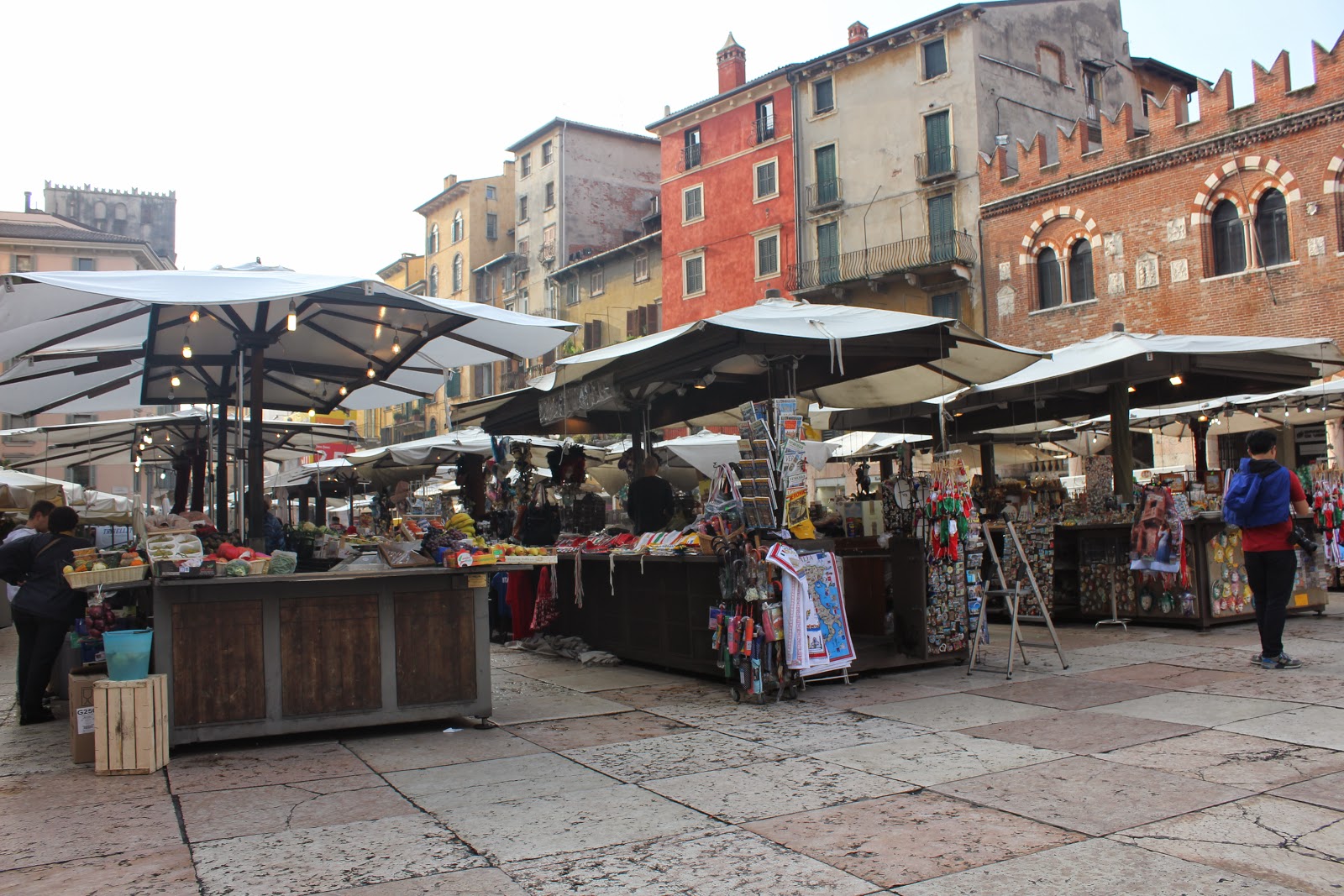 We were visiting on Saturday morning so of course there was a market in the Piazza delle Erbe.  The best find of the morning was delicious parfaits full of fresh fruit. 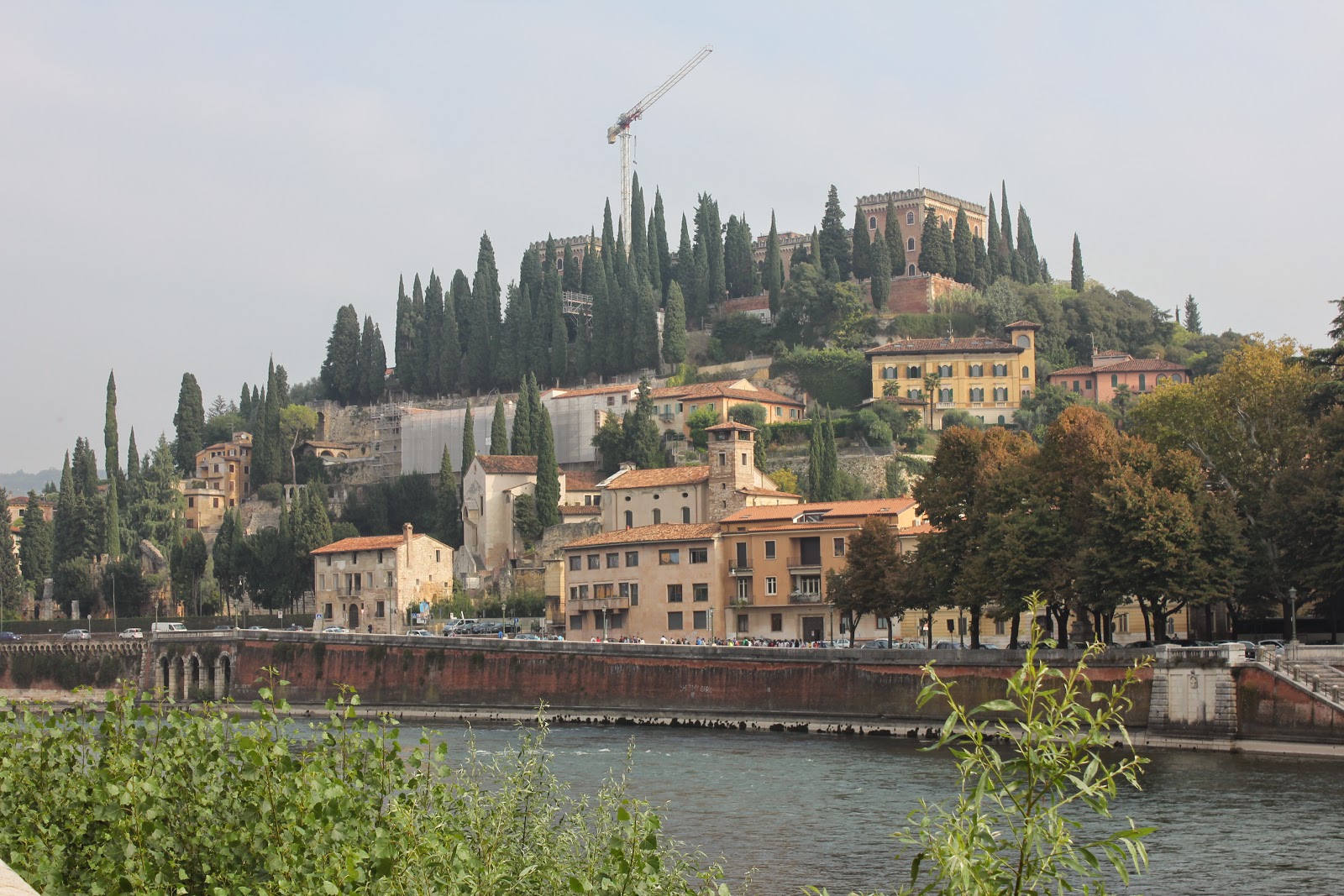 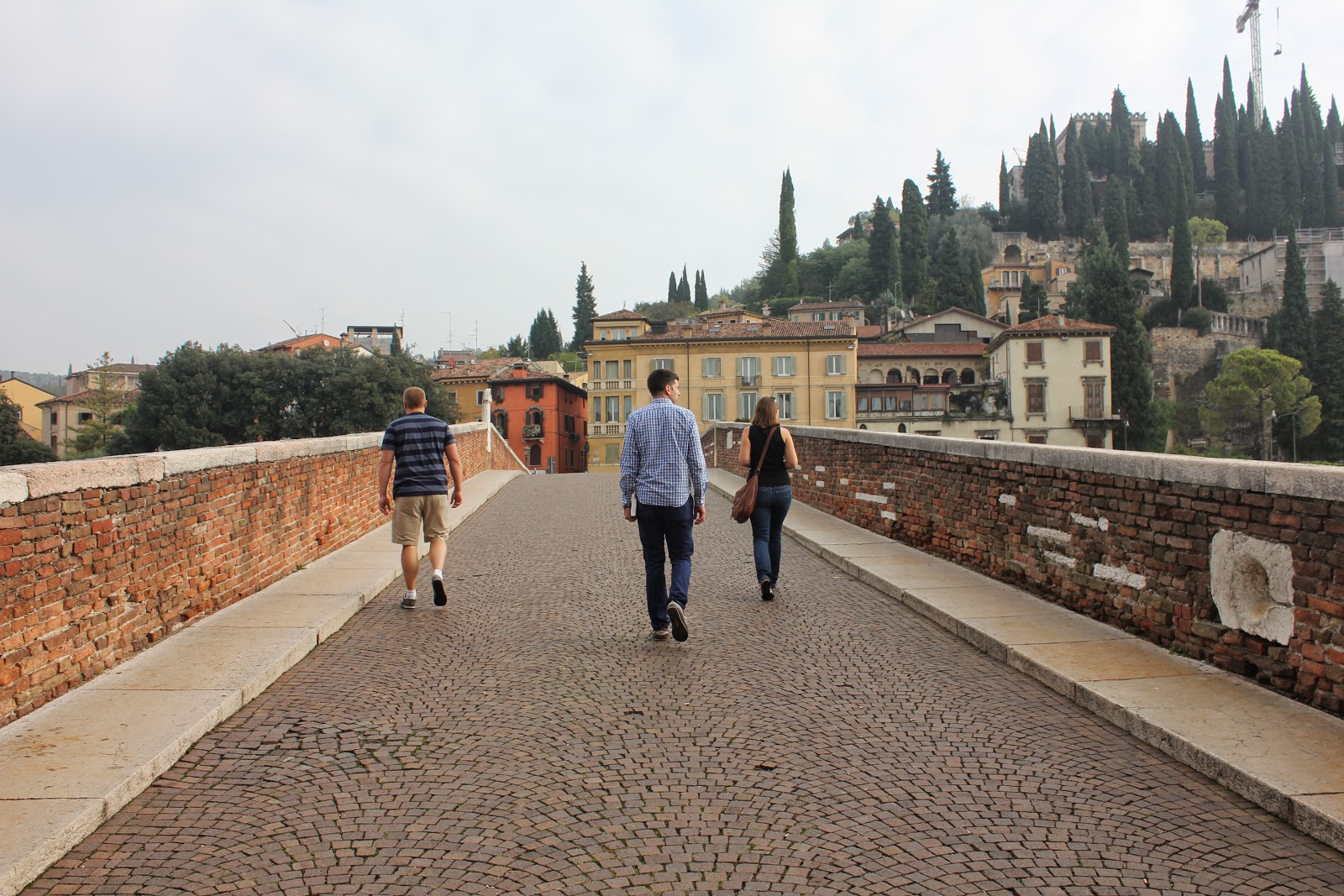 After a couple of hours, and a conscious decision to NOT see the balcony of Juliet Capulet, it was time to hit the road again.

Our next stop was the widely celebrated town of Florence.  The capital of Tuscany, the birthplace of the Renaissance, home to Michelangelo's David, and another UNESCO world heritage site.  Visiting in early October was supposed to help us avoid all of the frustrations you hear from people sightseeing in Europe during their summer vacation...primarily that cities, especially in Italy, are hot and crowded with tourists.  Unfortunately this is exactly what we found after fighting the crazy Italian traffic and desperately looking for a good lunch. 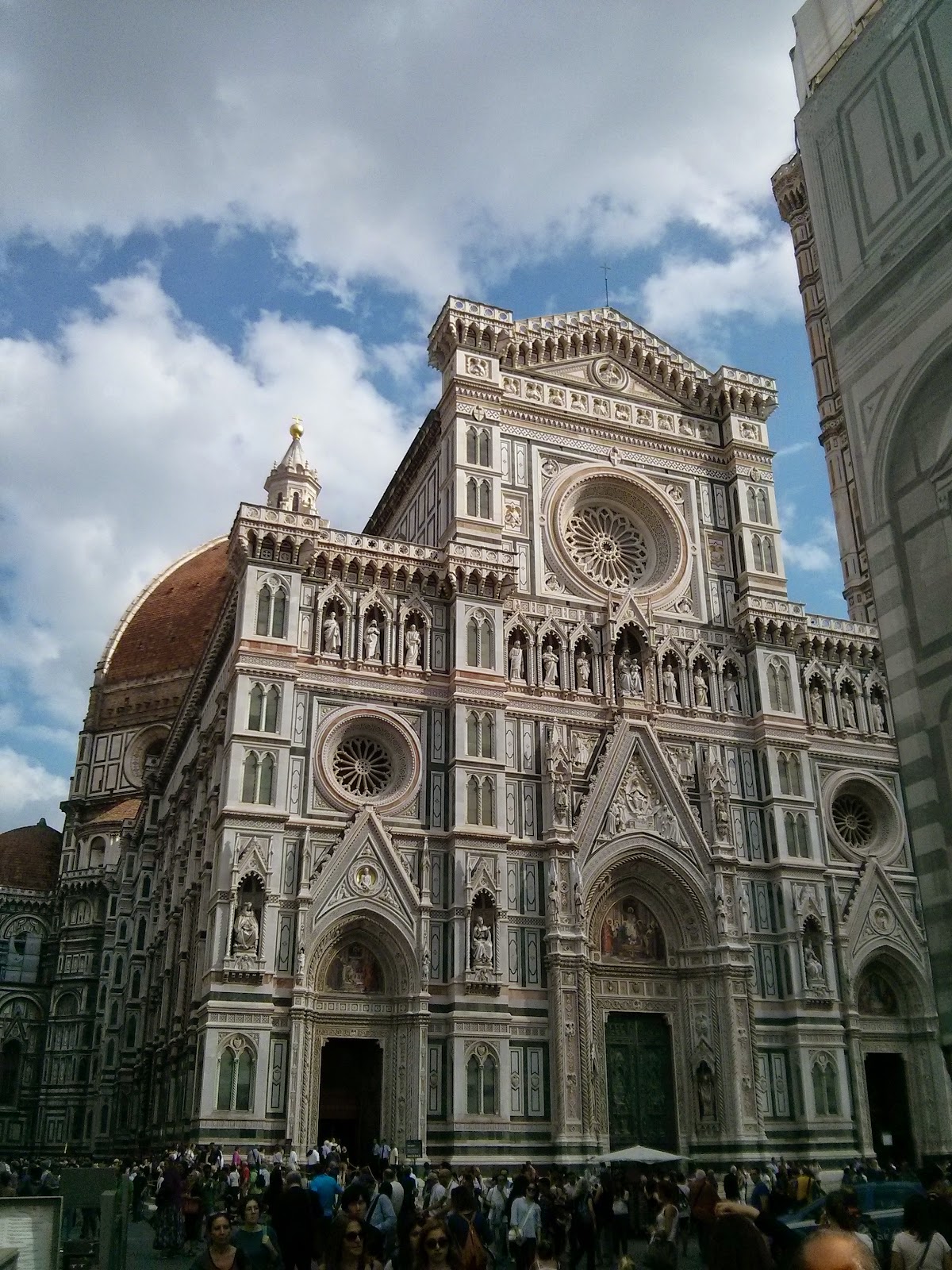 Duomo is Italian for cathedral so nearly every major town has one but this one is Florence is often known as The Duomo, or Basilica di Santa Maria del Fiore for short.  It features the largest brick dome in the world and was finished in 1436.  While impressive and beautiful, it was also incredibly crowded so we just admired it from afar over a glass of wine. 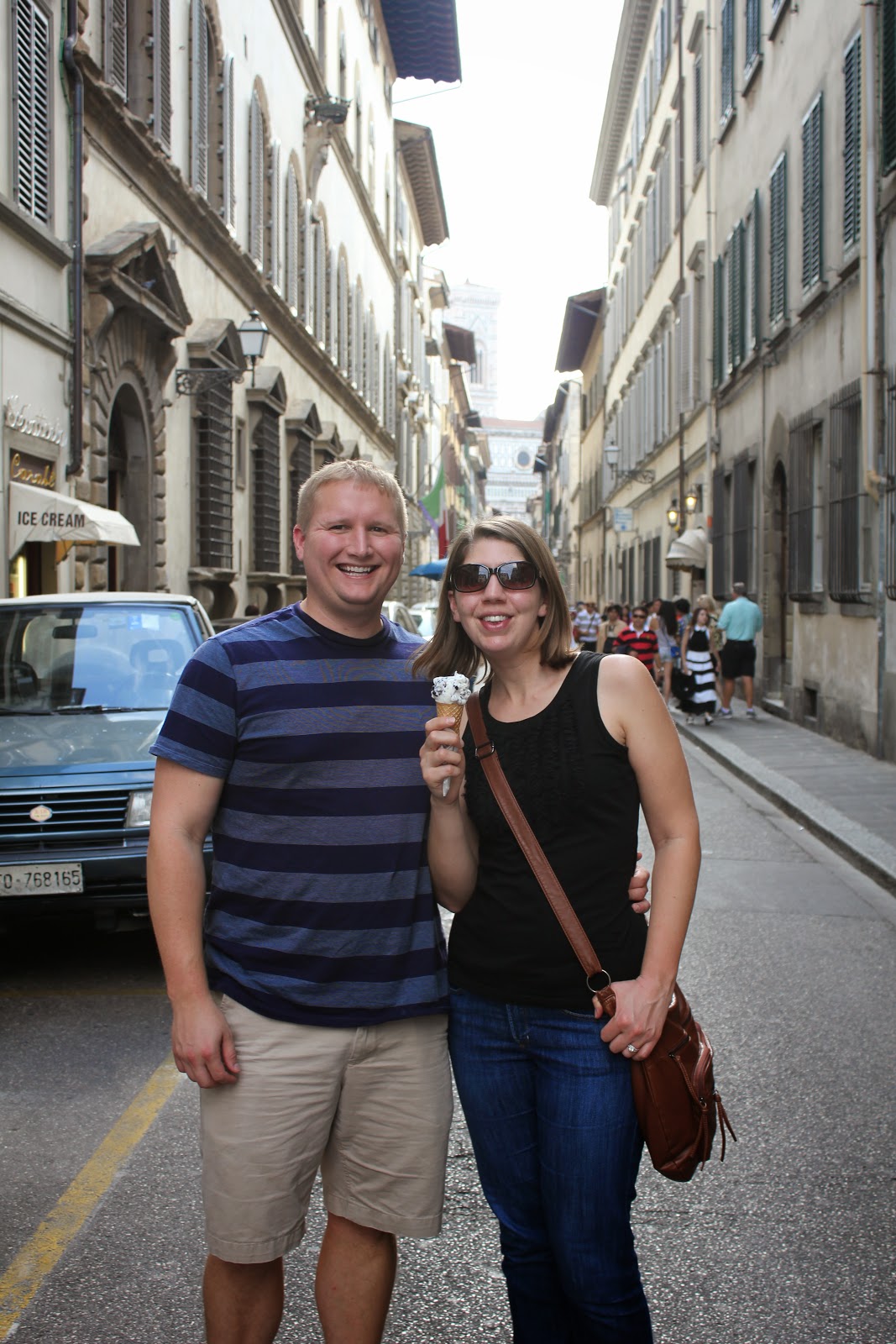 That was enough of Florence so we grabbed some ice cream and headed to Siena.

While Florence is all about the art and history, Siena was all about the cuisine and wine.  The town is atop a hill, surrounded by a wall, and full of narrow alleys and wonderful shops that tourists love. 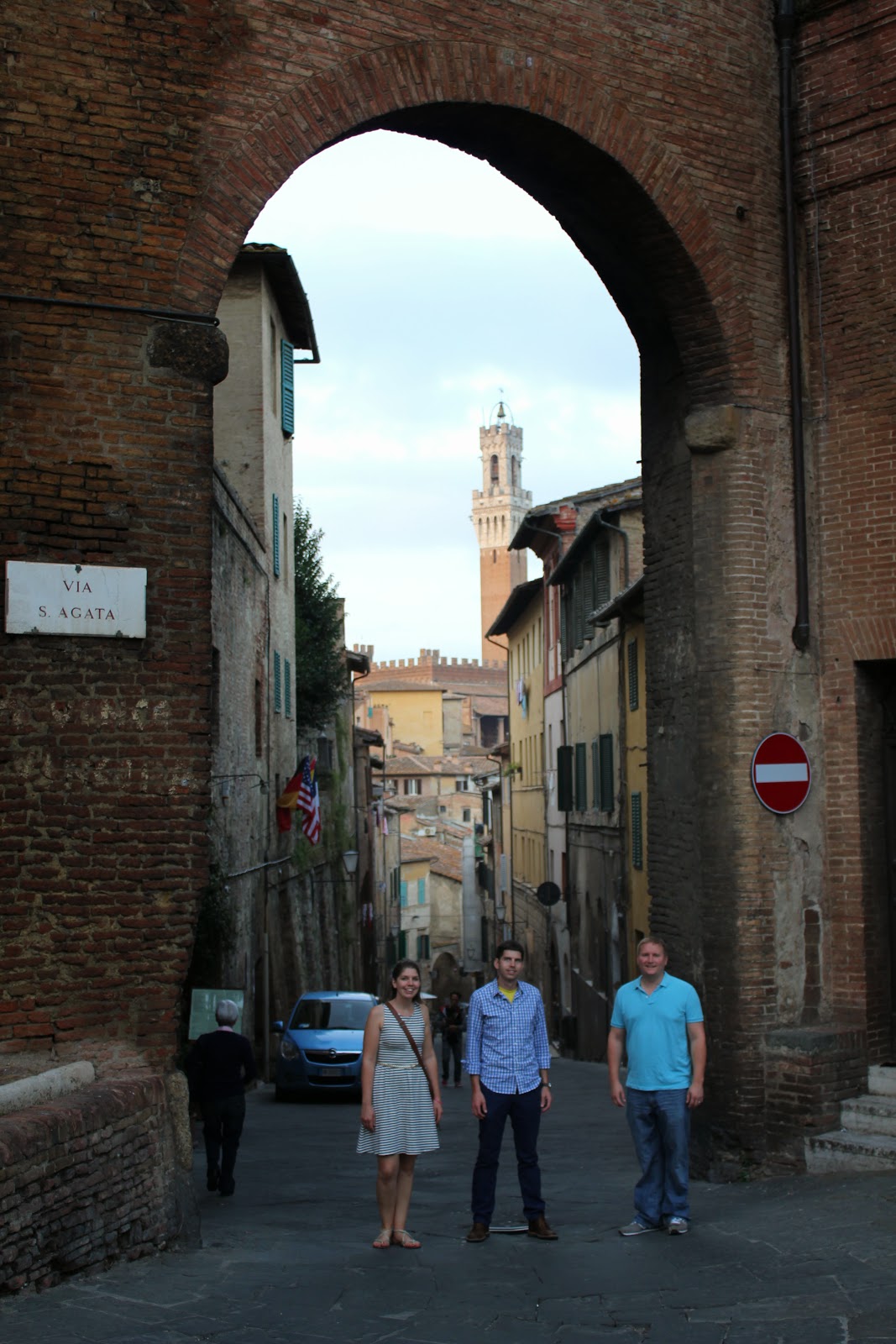 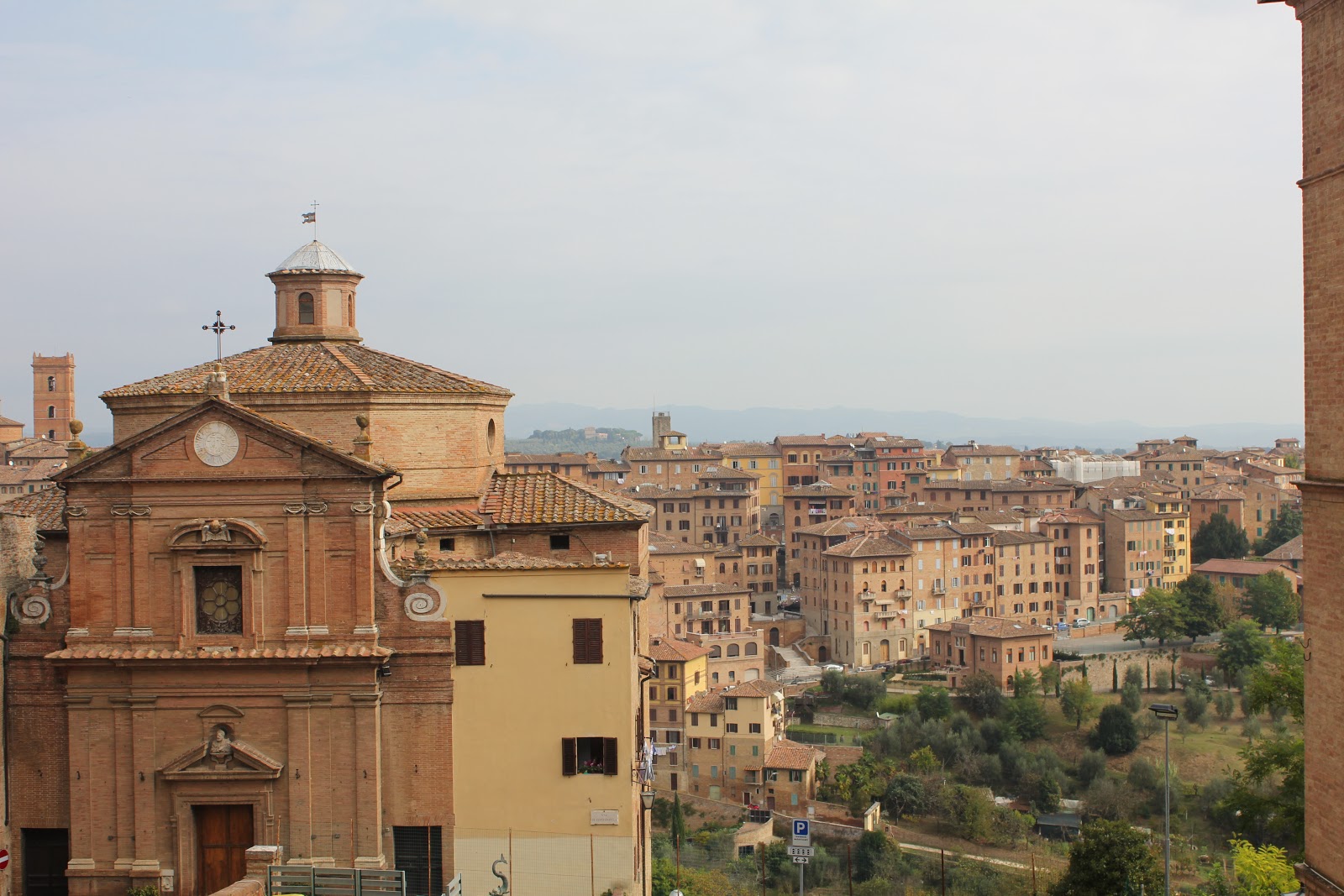 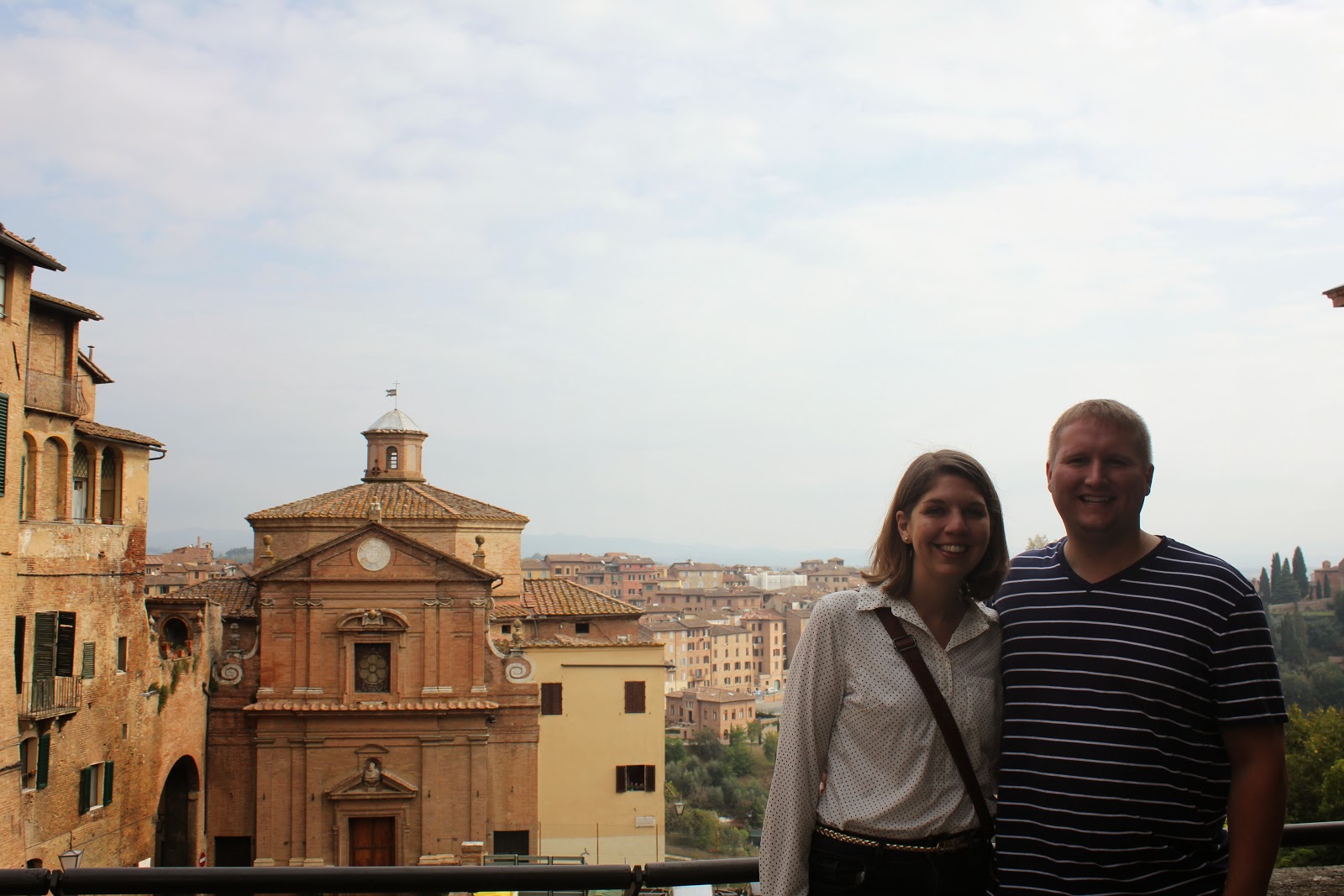 Siena also has a Duomo, which was designed to be the largest cathedral in the world.  Unfortunately, money ran out long before this could happen, but the scaled down version is still pretty impressive.  I really liked the stripes of white and green marble that gave it a unique look in addition to all of the other amazing intricacies that I have come to expect from major European cathedrals (but still really enjoy seeing!). 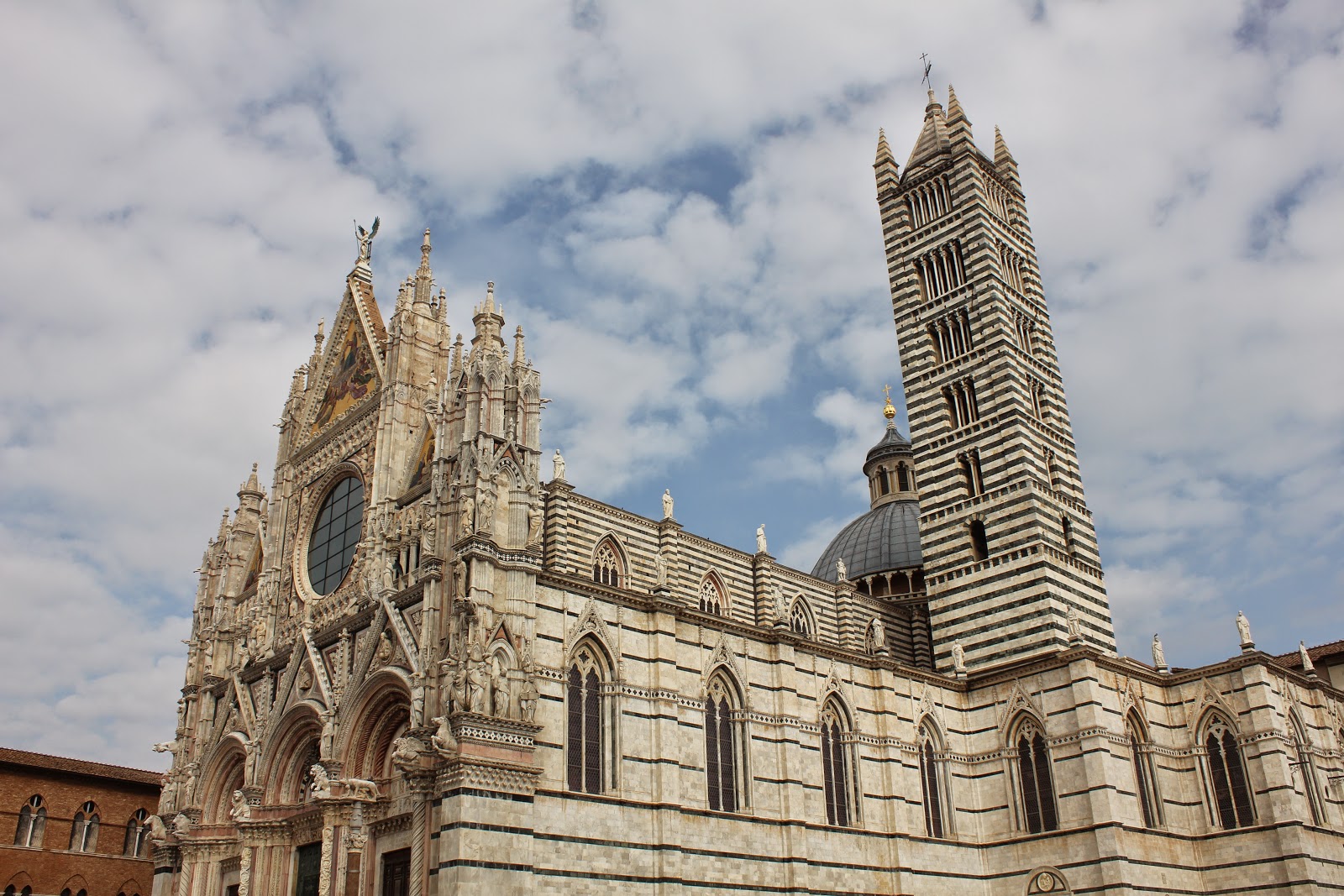 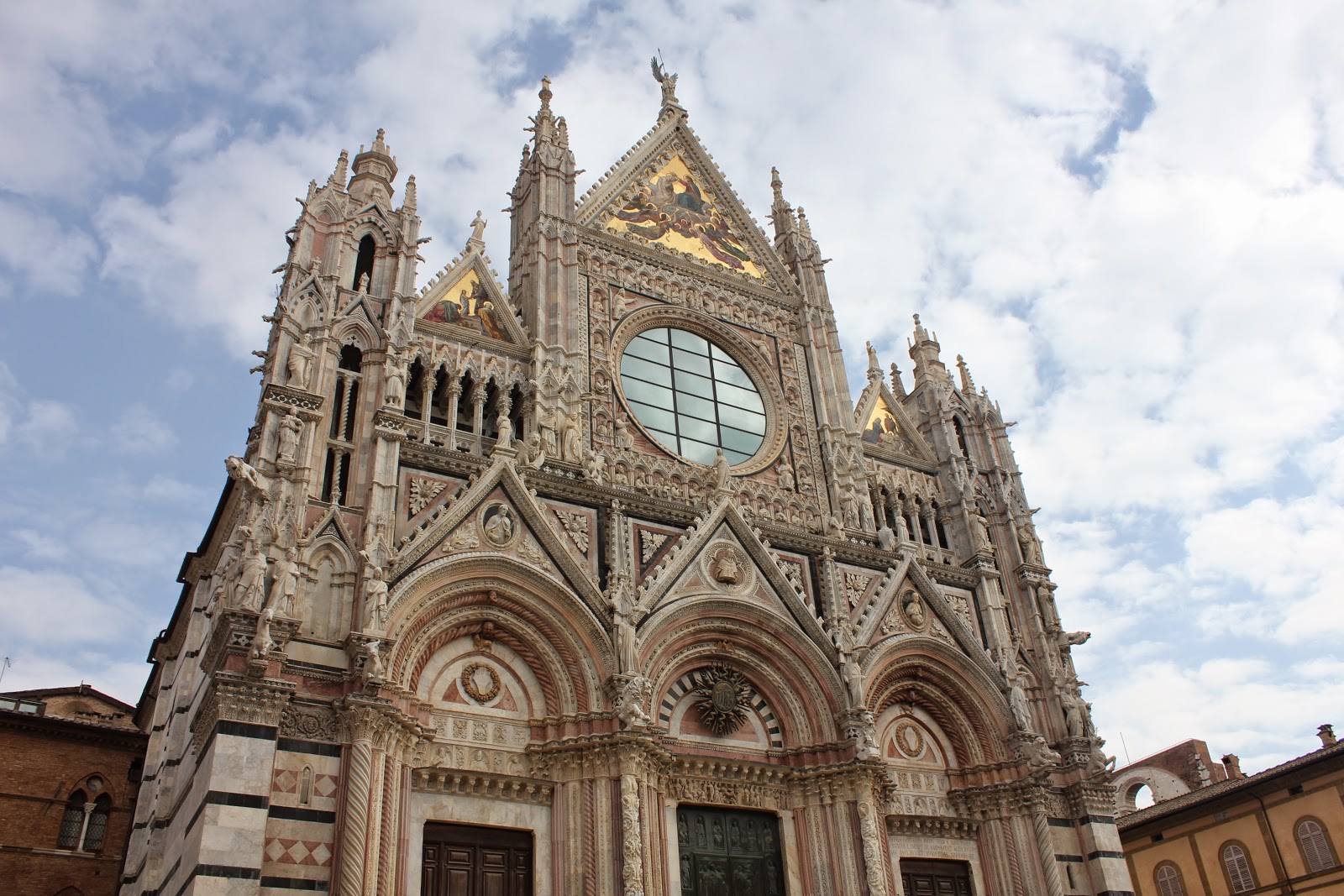 What better way to appreciate the heart of Tuscany than to learn more about the food and wine of the region?  Tripadvisor is a wonderful resource for finding suggestions and it again led us to a gem with the Tuscan Wine School.  We started and ended our education with wine in their shop and in between walked to several local merchants to hear about the history of what they offer...and then try some.  The tour (and all the food and wine) was fabulous. 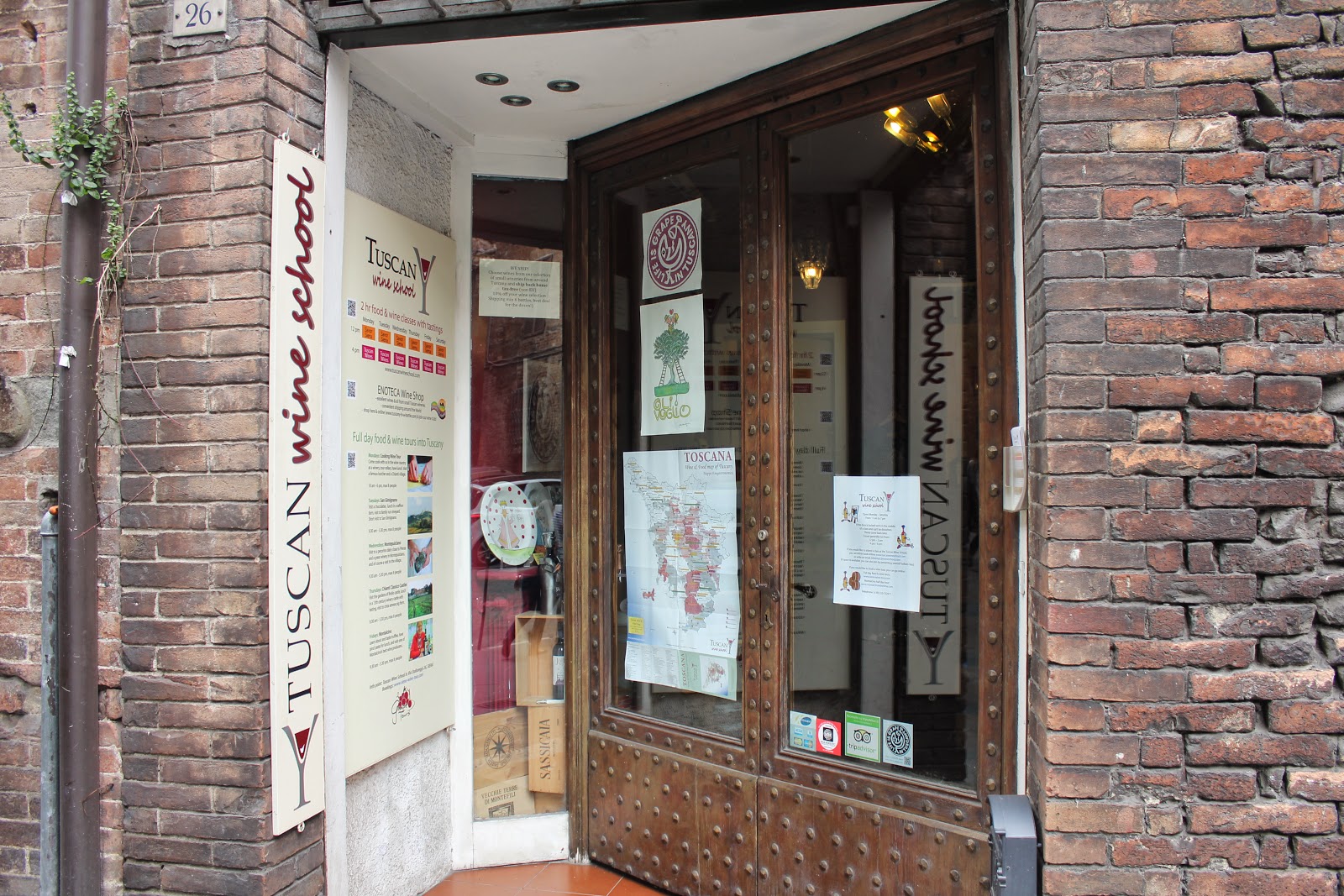 A shout out to our friend Sarah D.B. for the great recommendation to visit Siena!  It was a wonderful place that I can't wait to visit again when we can spend more time exploring.

In an effort to see and enjoy as much as possible of Italy, we noticed the town of Pisa was on the way to our next destination so we decided to stop and check out their famous tower.  What we didn't realize is it's actually a part of a large Cathedral Square owned by the Catholic Church and acts as the bell tower for the adjacent cathedral, baptistry, and cemetery.  Despite the rough and dirty town outside of the walls, inside this area was a well manicured lawn and blindingly white marble structures showcasing more of the impressive Italian handiwork. We were also there late in the day so the sun was perfect for pictures and the crowds had subsided. 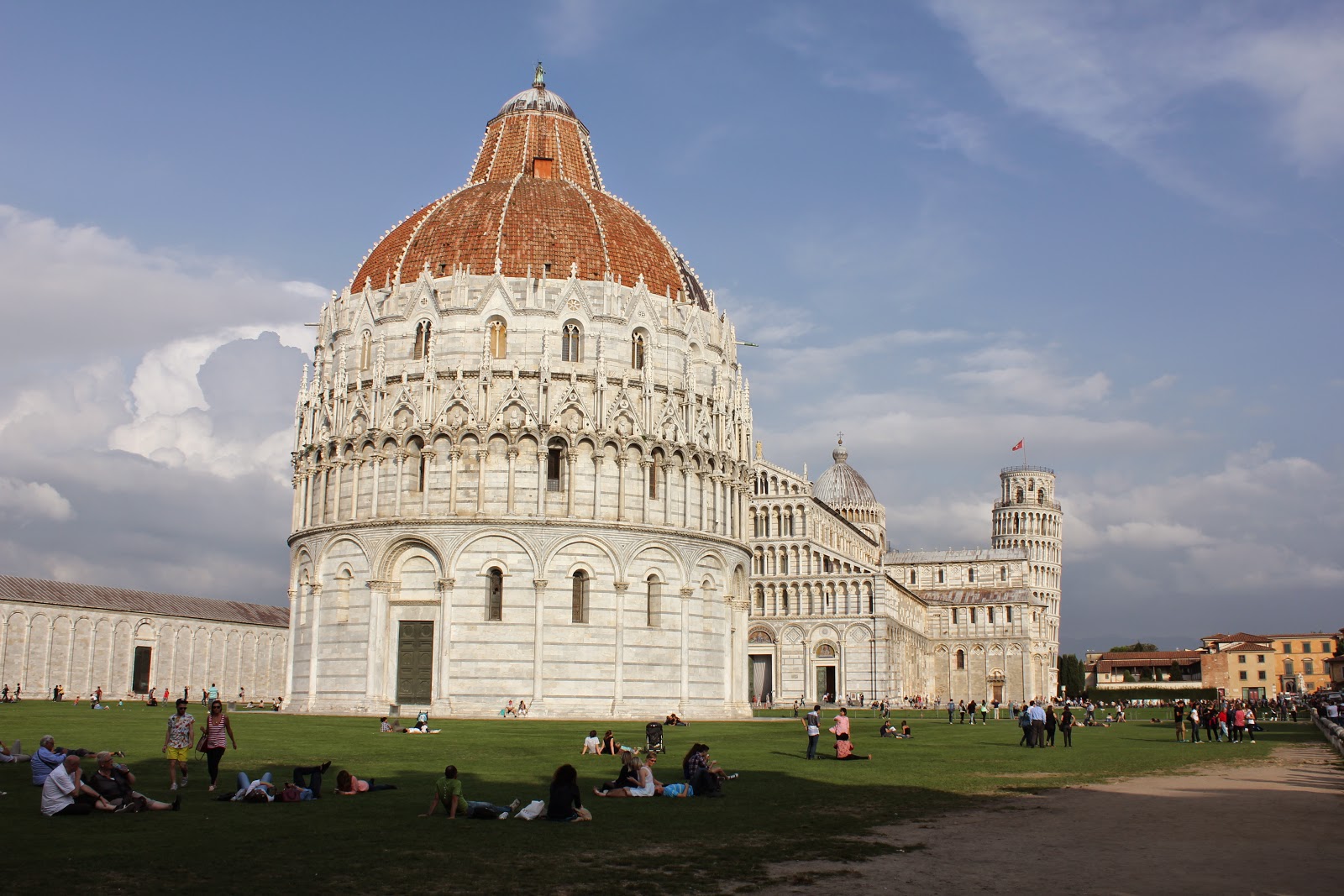 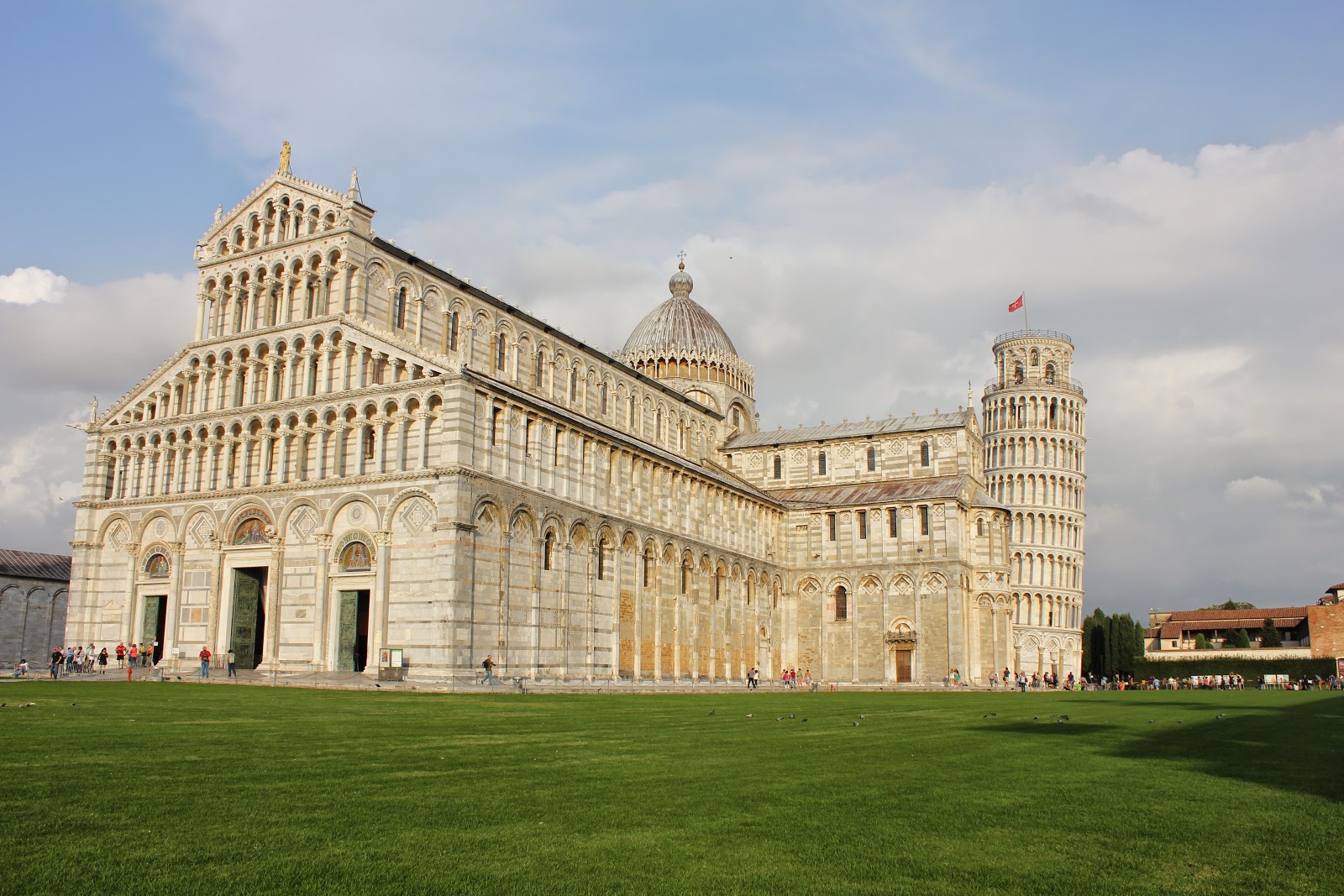 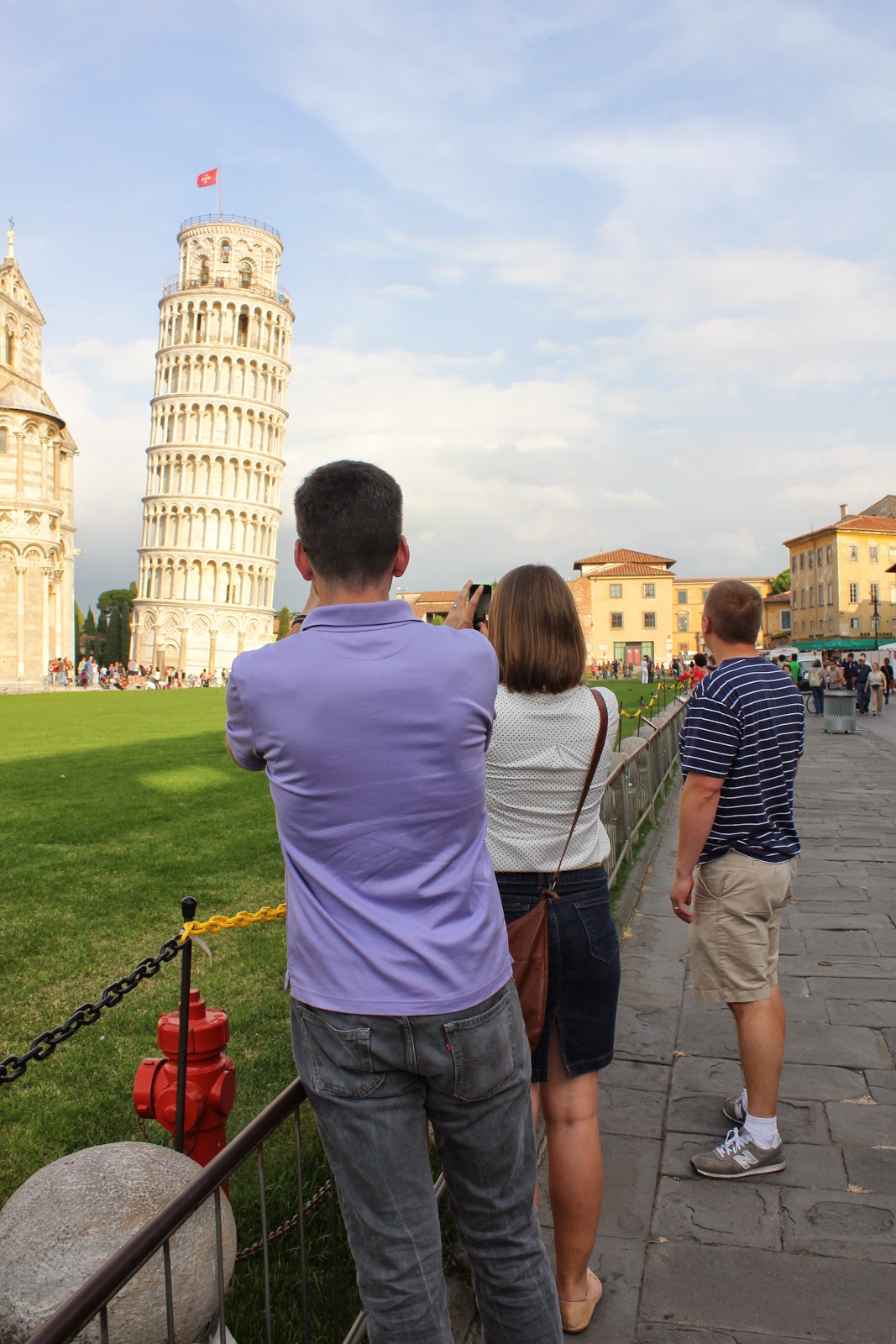 This was a great first half to our Italian adventure but you're probably as tired of reading as I am of describing so we'll pick up our adventures of Cinque Terre in the next post.
Posted by matthendren at 4:48 PM