We've enjoyed our time with the Ford Kuba, but we think it's time to return it!  Rental cars are so expensive!  And Kristin will not miss the standard transmission, although she's been doing a great job practicing around the outskirts of town.


So one of our first orders of business has been to buy a new car.  Since Matt's company didn't pay to send our cars over, we decided to sell his oldish Wrangler and Kristin's very old G20 and become a single car family in Stuttgart.  (Auf weidersein 2002 Infinity and Jeep with the plastic windows, hallo shiny new car!)

Because we are in Germany under SOFA (The Status of Forces Agreement), we don't have to pay German VAT when we buy a car.  Instead we pay the taxes on the value of the used car if and when we bring it back to the states. It has similar tax advantages to the European delivery program that some of our friends have done for BMWs.  Rather than only being able to keep the car in Europe for 6 months though, we get to keep it here the entire time Matt is working in Germany.

We quickly narrowed our choices down to the Audi Q5 and BMW X3.  We wanted a small SUV that had 4 wheel drive for adventures in the Alps, and we figured a German car was the most appropriate.

Most of the car companies that target US military employees have locations right outside of the base gates. At Patch Barracks, there are two military-specific dealers with tiny lots, one for Mini/BMW and one for Audi, VW, and Toyota.

Tiny lots means a really small selection of cars to look at, test drive or buy quickly.  Most folks order a custom car for delivery, but we were in a hurry so that we could return the rental car.  And most of the cars that the dealers do order are black and white, the two colors we really weren't interested in. So we didn't have a lot of promising leads.

We checked out the BMW dealer at Patch. We test drove the only X3 they had, but it had a bigger engine (and less fuel efficiency) than we were looking for.  But it was really fun to drive on the Autobahn!  Then on to the Audi dealer right next door.  The Audi dealer had just sold the only Q5 they had on the lot so we could only look at the car, but not drive it. It was a lovely car, but we needed to drive it before pulling the trigger.

Time to take a car buying road trip!  In order to look at more cars, we needed to travel to other dealers located near other US military bases in Germany. We headed up for a 7 hour round trip drive to Mainz and Schweinfurt. 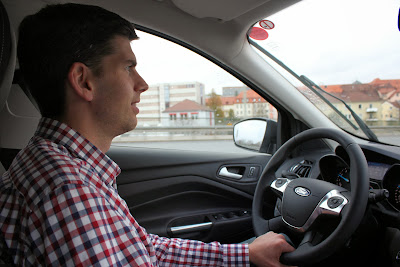 Despite the intermittent rain, the drive was lovely. We got to see more of the countryside than we had seen before and also had our first taste of speed-limit-free driving on the Autobahn.  It was really fast. And we weren't going nearly as fast as most of the people on the road.


﻿
We started at the BMW dealer, who had been recommended by a friend of Matt's at work.  We were able to test drive a car with the engine we thought we wanted, and with a lot of extra bells and whistles. It was definitely a fun car to drive on the German roads. When we sat down with the salesperson, he actually had a few X3s in stock (or nearly in stock) that we were interested in. They had a gray one that was pretty basic with a moonroof and heated seats, and a blue one with a few more features. When we left the dealer, we were pretty sure the gray one was our first choice (especially since it was such a great price), but we wanted to see what the Audi folks had available.

The Audi dealer was ... Interesting.  The folks were very nice, but it was definitely a less polished operation.  And when we got there, they had just sold the Q5 we were there to test drive.  Super. We'd been driving for over 4 hours at that point, so it was a bit disappointing.  But in the end they broke company policy and let us drive the car -- just not on the Autobahn.


﻿
The salesperson checked the stock, and he didn't have a single car available with the engine we were interested in. Ordering one would take at least 2 months.

Once we heard how long it would take to get the Audi, coupled with the fact that BMW would ship our car home for free when we moved back to the states and the dealer was willing to give us a loaner car until our car arrived, we knew the X3 was the right decision.  We then needed to decide between the gray one and the blue one. The heated steering wheel in the blue on spoke to Matt, and Kristin liked the interior details -- so the blue one is the winner! We can't wait for it to arrive!

UPDATE:  Apparently they sold us a car that was already sold.  Disappointing, but with a happy ending.  The nice people at the BMW place agreed to let us borrow the loner car until our new, custom ordered car comes in!  So we've been nailing down the options we'd like and hope to have our new car by the end of January.  We can't wait to drive around our first visitors in it -- it will have rear heated seats.  Why haven't you booked your ticket yet?!?!? 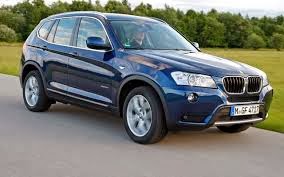 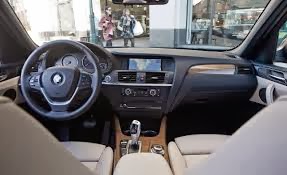 Posted by Kristin Hendren at 2:23 PM