When moving to a new city, I think most people would be satisfied with finding a home base while they  check things out and find an apartment, but I'm not most people.  When presented with a buffet, I like to sample a bit of everything before deciding what to load up with on round two and at this point I've stayed in 9 different hotel rooms in the Stuttgart area.

There are two Stuttgart hotels that come up on my company's travel website and this is one.  Thanks to United's match program, I have gold status with Marriott at the moment so this meant free internet and access to the executive lounge with free breakfast in the morning and drinks at night.  And I get more Marriott points toward future stays.  Sounds pretty nice, right?  Unfortunately the hotel felt neglected, like it was built 15 years ago and hasn't been updated since.  They just prey on unsuspecting American business travelers looking for a brand they know.  How long has it been since you've had a CRT television in your hotel room?  Look no further than the Sindelfingen Marriott.  That being said, I like free stuff and Marriott has a promotion where you get a free night for each 2 stays so I have stayed at this one 4 times.

There's a gym in the basement and on my way there I also found this door but haven't been brave enough to venture inside.  I'm especially worried about the top left guy with the stink lines. At the advice of a coworker, I decided to try the Pullman hotel in Vaihingen next.  It was a huge step up. The location was great, right next to the train station and an easy walk to the restaurants and bars in downtown Vaihingen.  The lobby and room were also top notch . I liked the room and view so much that I sent these pictures to Kristin.  Unfortunately the hotel was so good I could only stay a few days so I had to pack up and move again because the (cheap) rooms were all booked. 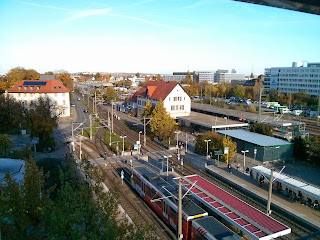 Another coworker recommended the acrona MO.HOTEL so I moved there, and was happy that it was also downtown Vaihingen and only a couple of miles from my work.  The Pullman felt European in an elegant way, while this place felt European in the too modern for me way.  The staff was not very friendly, the parking garage was cumbersome, and the room didn't have many of the comforts I would expect. It didn't even have an iron!  When you have a month's worth of stuff in 2 suitcases, it's hard to look presentable without an iron.

Luckily Kristin got here and saved me with her Starwood Gold status as we moved to the Le Meridien.  This was certainly the most luxurious hotel we stayed in, but considering this and the location it was a pretty good deal (and within my allotment!).  It is located in downtown Stuttgart, within easy walking distance of the train station and other fun stuff as mentioned in the previous blog posts.  The location made it super easy for exploring -- we just needed to head over a footbridge and we were near lots of restaurants and shopping. 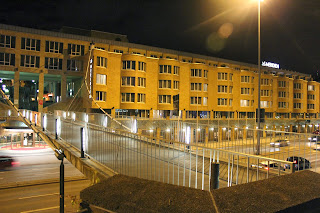 I was sorry to move on but again they were all booked the following week.  The spread for breakfast was incredible, even better than Shoney's Legendary Breakfast Buffet.  The Moderner Fitnesscenter was also nice but I don't think Kristin appreciated being the only ones crazy enough to wake up at 6am to experience it. 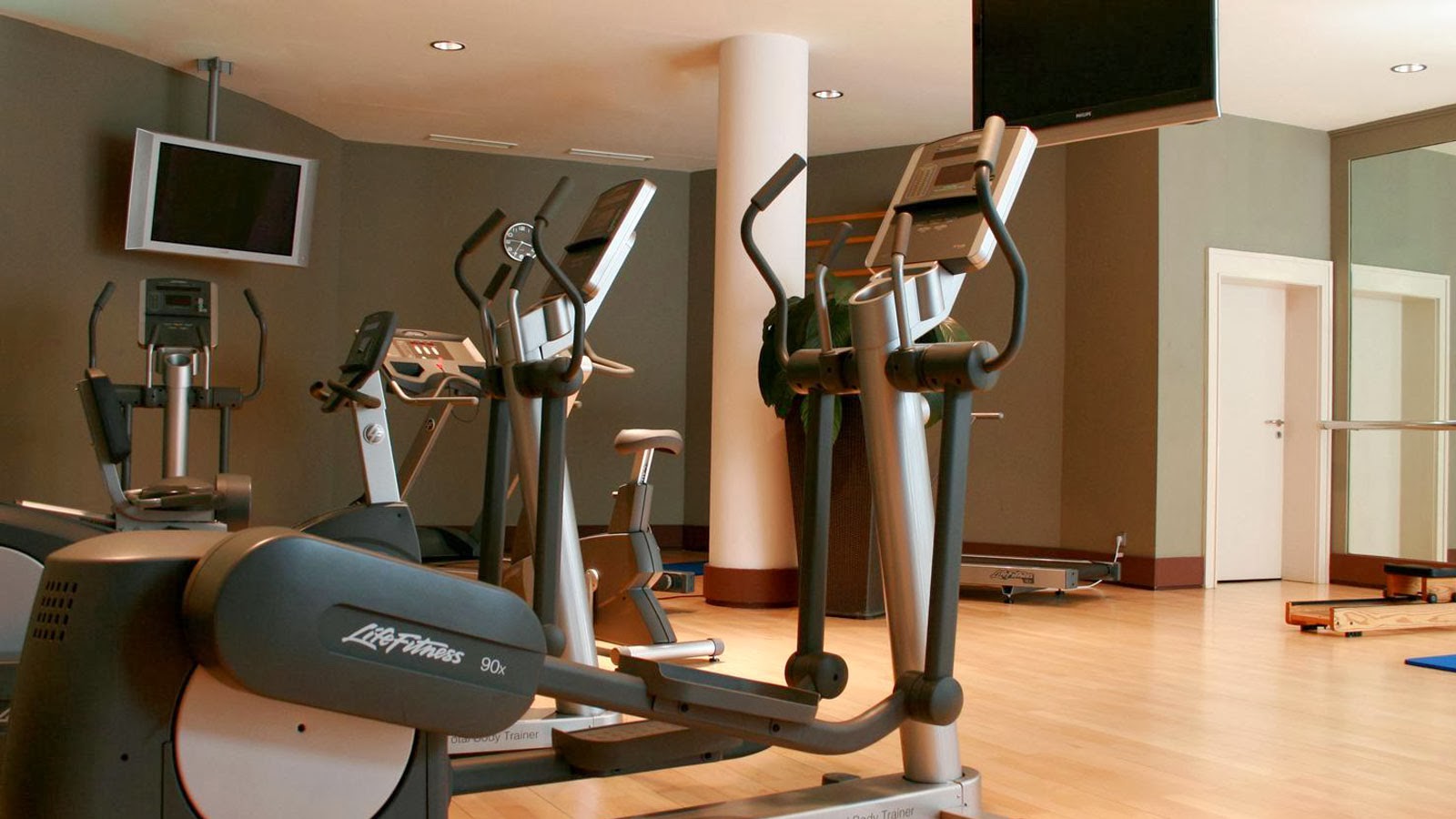 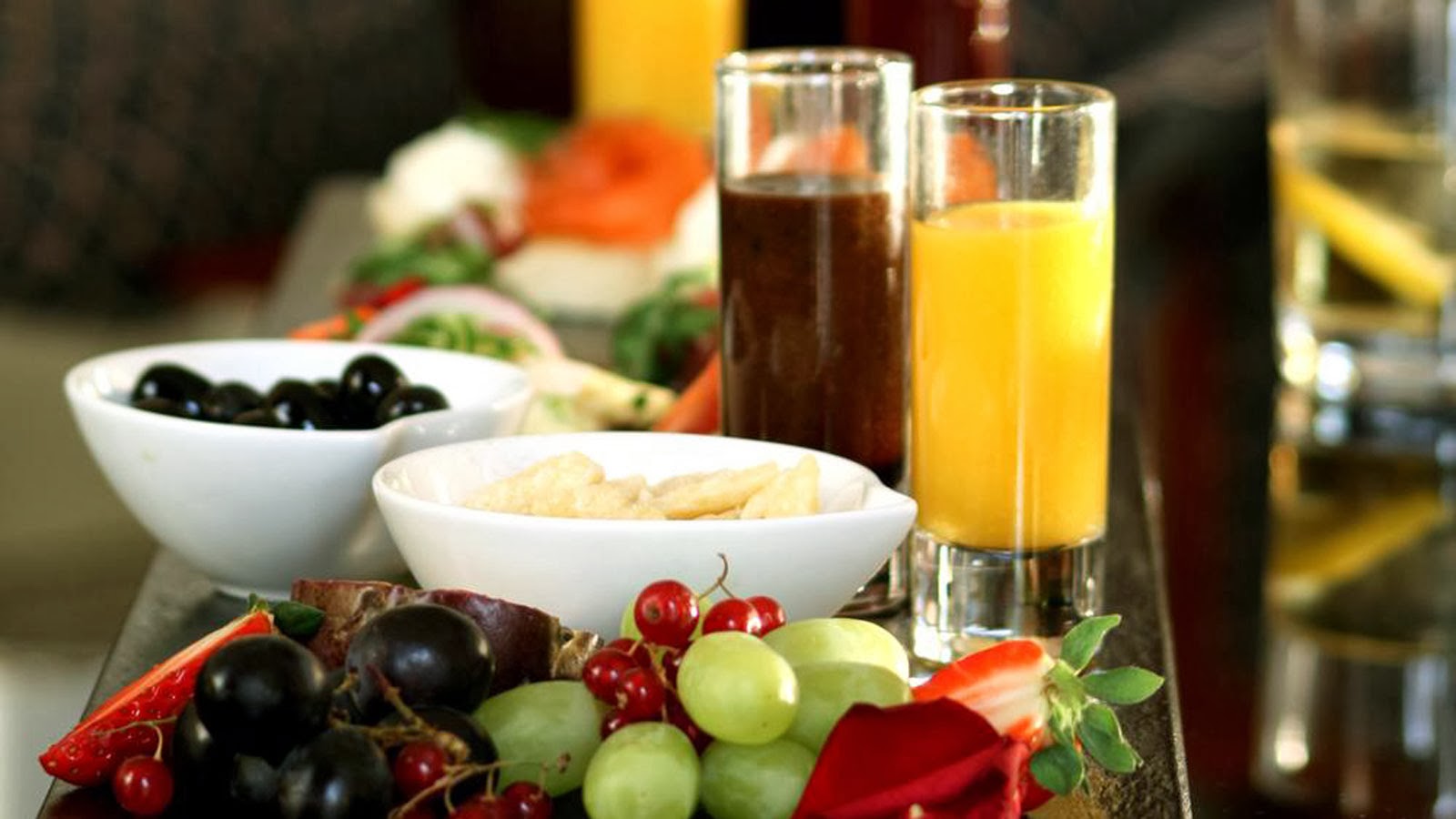 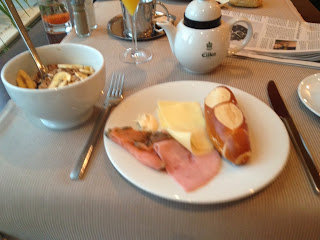 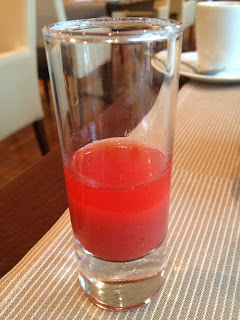 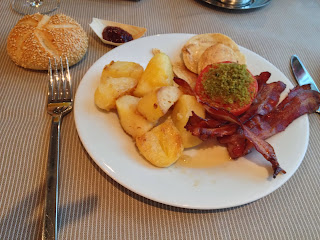 There must have been a few events going on around Stuttgart this week because all of the hotels I had stayed in previously were suddenly full.  Fortunately I have the power of the internet at my fingertips and some quick cross-referencing between Kayak.com and TripAdvisor helped me find this place.  While a bit of a mouthful, the Mercure Hotel Bristol Stuttgart Sindelfingen ended up plain but nice.  This was the only place where I felt like I might be the only American staying there but the front desk staff did speak perfect English.

This is one of those gems at the sweet spot of meeting your needs without paying for lots of extras, exemplified by the facts that it's rated a full star higher (4.5) than the Marriott Sindelfingen on TripAdvisor and yet it cost half as much.  The room is smaller but it's in the heart of downtown and a great place to spend my last weekend in a hotel before moving to a furnished apartment (more on that later).  The front desk lady even helped me carry my 10 suitcases and bags up to my room after I insisted she didn't need to.  Side note - all of this fit into 5 suitcases and a backpack between our three plane trips over, so it's unclear how it has expanded so much! 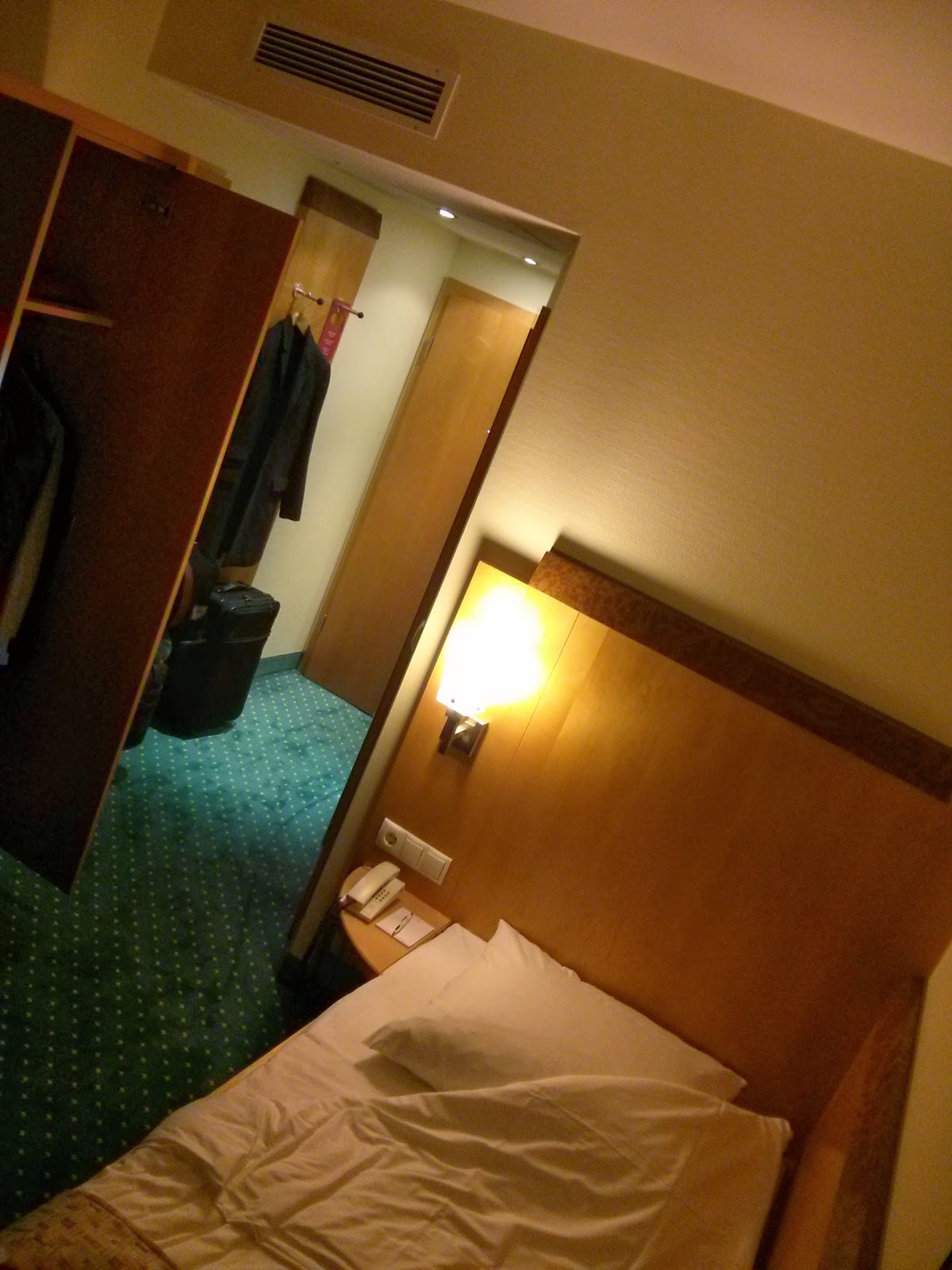 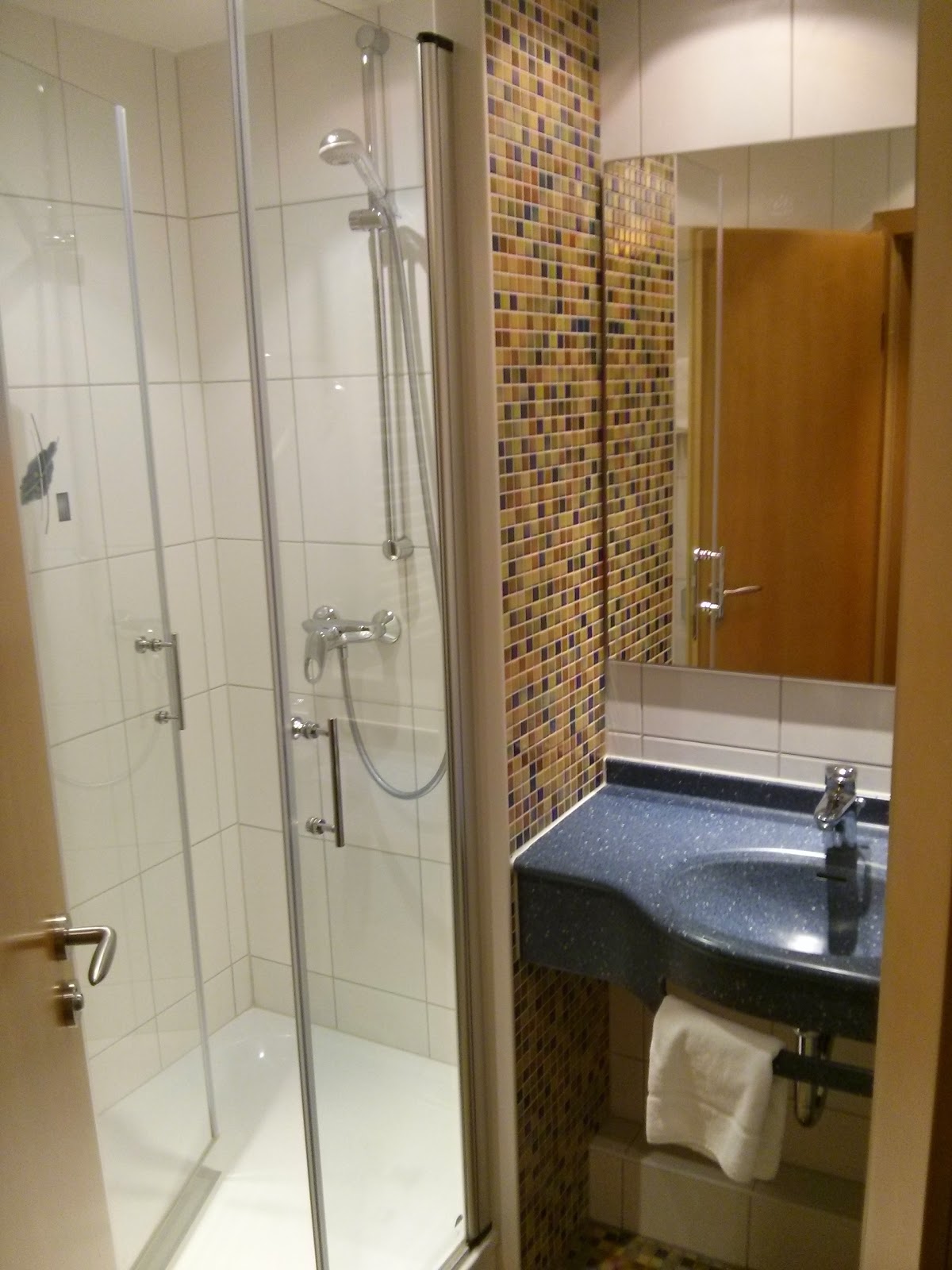 I've enjoyed getting a feel for so many different hotels and neighborhoods, and this has solidified my desire to live in Stuttgart-South.  It will minimize my commute while providing a great neighborhood and access to all that downtown Stuttgart has to offer.
Posted by matthendren at 10:12 PM