A DC Reunion in Kyiv 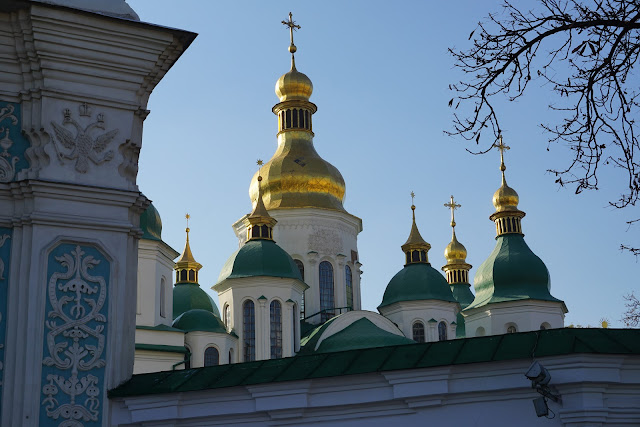 We had a DC reunion of sorts when we met our friend Joe in Kyiv for a visit to the home of the other Matt and Kristen.  We'll admit we had some concerns about packing up our baby and traveling to a country with recent security issues, but we had a wonderful visit and Matt and Kristen made us feel very welcome in their new city. 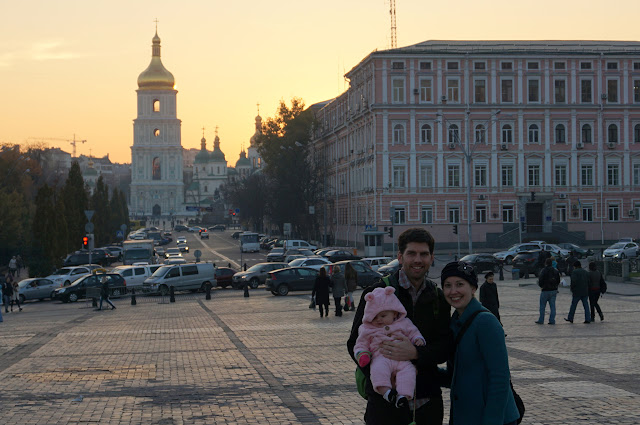 We were lucky to have Matt and Kristen show us the ropes because it would have been very difficult to navigate the city without knowing any Ukrainian or Russian.  Although many of the menus and tourist information were in English, people generally communicated in Ukrainian or Russian.  Without knowing the Cyrillic alphabet, the language seemed especially foreign and intimidating to us. 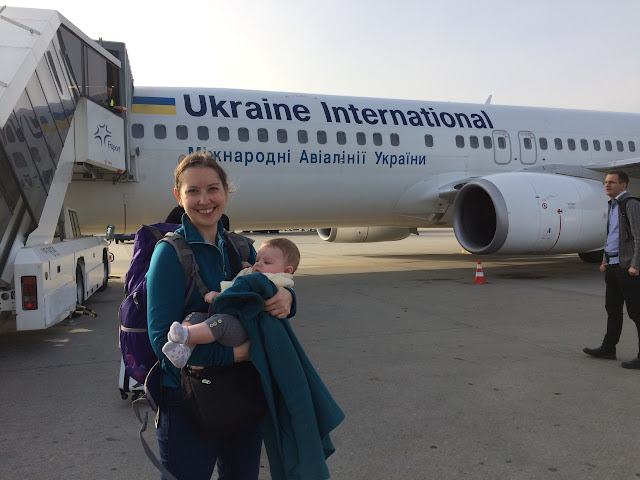 Kyiv is the capital of Ukraine and the 8th largest city in Europe.  (Kyiv has traditionally been spelled "Kiev" by the English-speaking world, but there has been a recent push to use the transliteration of the Ukrainian name, which is Kyiv.)  The city looks like many of the eastern European cities we have visited, but with bits of grittiness mixed with amazing pops of color from its many churches.


We started our walk through Kyiv at St. Volodymyr's Cathedral, which is a bright yellow Ukrainian Orthodox Church.  The church was amazingly ornate on the outside, but even more intricate on the inside.  Every wall, ceiling, and corner was filled with religious treasures devoted to various saints and people would come in to pray to a specific one.  But that wasn't unique -- each of the churches we visited were equally, overly decorated.


We next hit the Golden Gates of Kiev, a reconstruction of the 11th century city fortifications.  There are no records of the appearance of the original gate, so this is an architectural interpretation of what it may have looked like.  It was extremely popular the day of our visit because makeup artists were providing their horror makeup services to Kyiv's Halloween revelers at an adjacent square.  We were very impressed by how excited the residents of Kyiv were about celebrating Halloween.  There were lots of folks roaming the city in costume and Halloween celebrations at many of the city's restaurants. 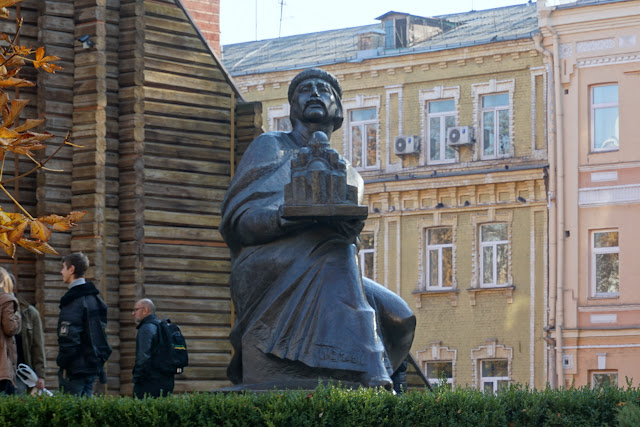 We next headed to Saint Sophia's cathedral, with its amazing blue and white bell tower. 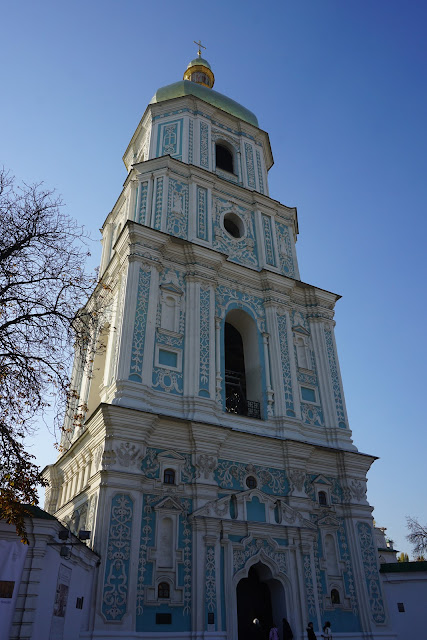 Across the square was St. Michael's Golden-Domed Monastery.  This working monastery was demolished by the Soviets in the 1930s, but a reconstructed cathedral was opened about 15 years ago.  Its exterior is a lovely purple with lots of gold accents. 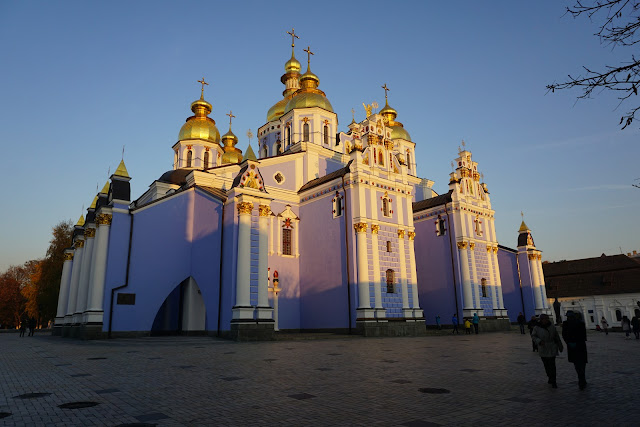 We were struck by how many people were visiting these churches for prayer, rather than appreciating them as tourist attractions.  Most of the people we saw were visiting as a quick prayer stop as part of their daily routine, which was a level of religious dedication we don't remember encountering recently in Europe.  Also interesting was that these churches were not set up for services--there were no permanent chairs or pews.  So most of the congregants were praying in front of particular pieces of art or tombs, rather than generally in the church nave. 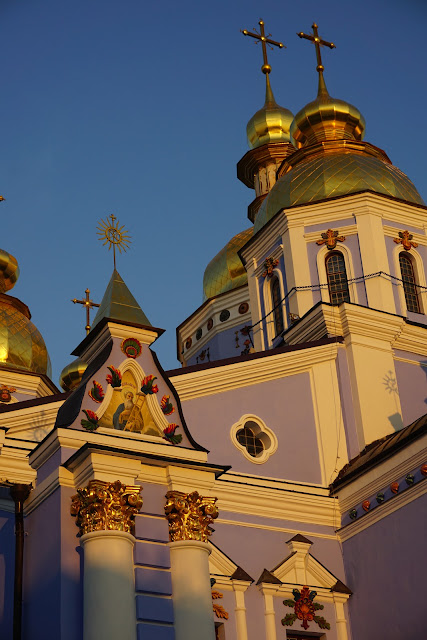 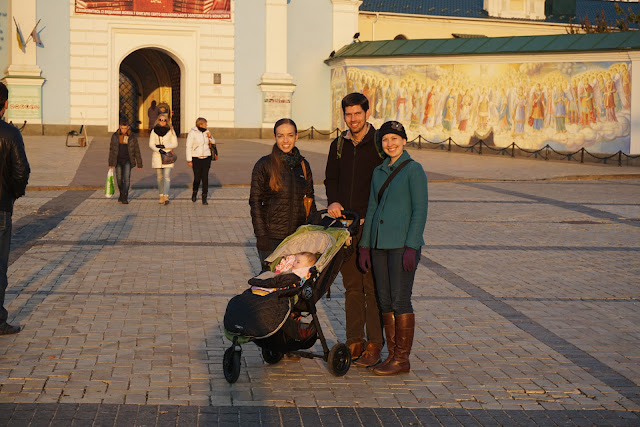 Our last stop of the evening was the shopping area around the Andriyivski Uzviz.  We grabbed some coffee from one of the many coffee trucks in the city and explored the street of souvenir shops.  Because the exchange rate is very good, the items they were selling were extremely cheap (right now the exchange rate is about 23 Ukrainian hryvnia to 1 US dollar, recently it has been as low as 8 to 1 US dollar).  Matt and Joe grabbed a few t-shirts as souvenirs before we headed off to dinner.  We thought about buying some of the ubiquitous Putin toilet paper, but decided we could hold off on that purchase until our next trip.


We were really impressed by the food we ate in Kyiv.  It was much more "modern" than the food we typically find in Germany.  We ate at a quaint Italian cafe, at a cool modern Ukrainian restaurant with deconstructed salads and fun takes on Chicken Kiev, at a delicious Georgian restaurant, and a tasty pizzeria.  We couldn't believe how cheap it was for such great food.  It was one of the biggest surprises of our trip.  According to Matt and Kristen there isn't a ton of variety to the food (there aren't a lot of ethnic options), but everything we tasted was excellent. 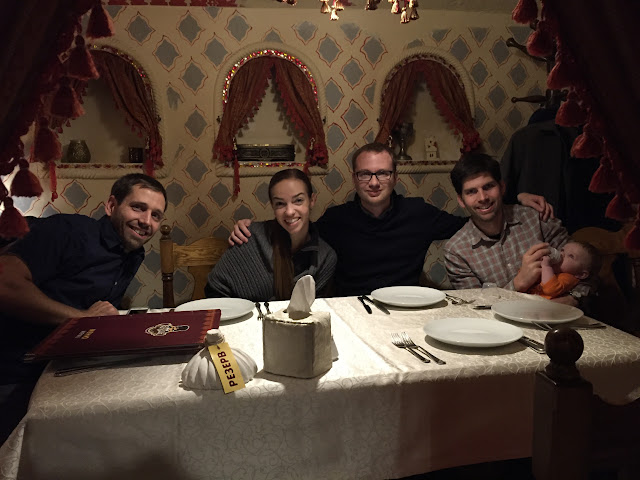 We spent our last day in Kyiv checking out a few more of the sites.  We started at the Maidan Nezalezhnosti (Independence Square).  The square has been the site of a number of violent protests, most recently 2014 protests that led to the ousting of the Ukrainian president and the attempt to implement government reforms. 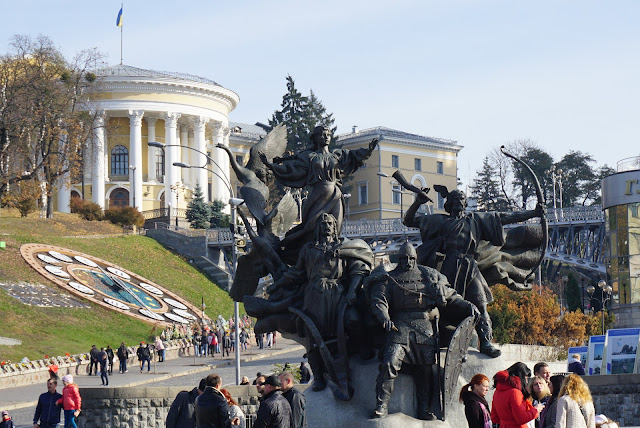 Our last stop was to check out the Kyiv Pechersk Lavra (Kiev Monastery of the Caves), a thousand-year-old Orthodox Christian monastery.  The highlight is a series of narrow caves (actually a series of hand-carved tunnels) where monks lived and prayed underground and served as a burial spot for more than 100 local saints.  Most of the visitors were there to pray to the saints, many of which are entombed with naturally mummified hands exposed.  It was pretty creepy, to be honest.  We were lucky enough to have a guide help us understand the historical and religious significance of the place and help us find our way thorugh. 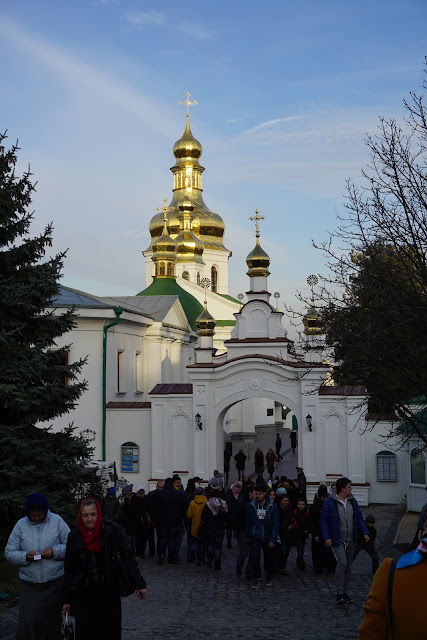 The whole complex is about 60 acres and has several churches and a large bell tower in addition to the monastery and caves. 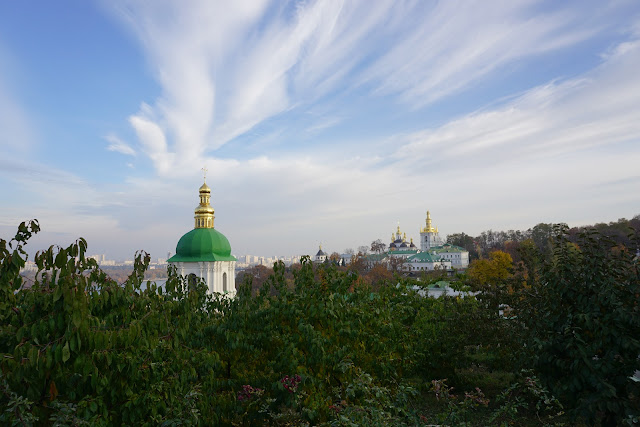 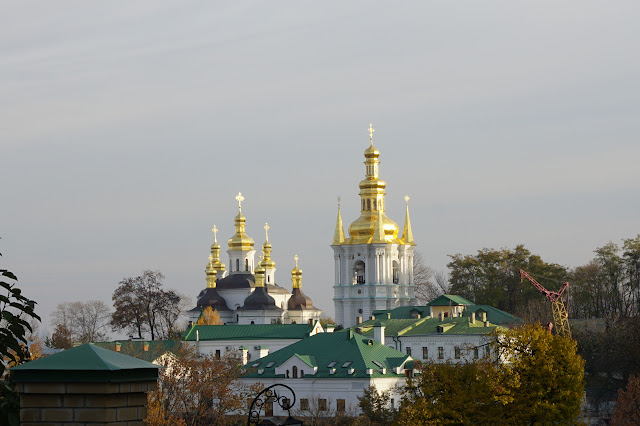 We were so happy to have Matt and Kristen show us their new city, and were thrilled that Joe's visit gave us an excellent excuse to make the trip.  Natalie enjoyed almost all of it, but we are pretty sure her favorite part was meeting Kairos! 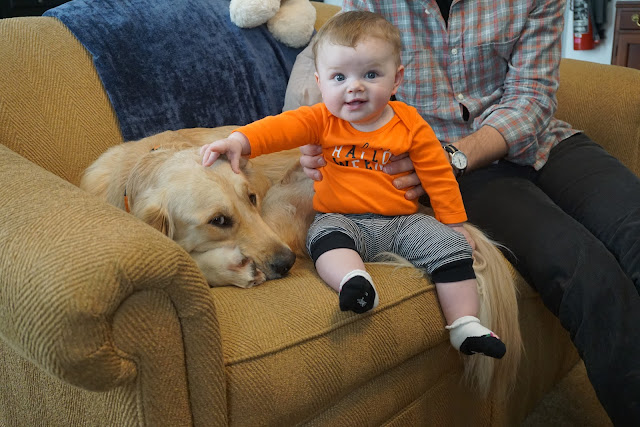 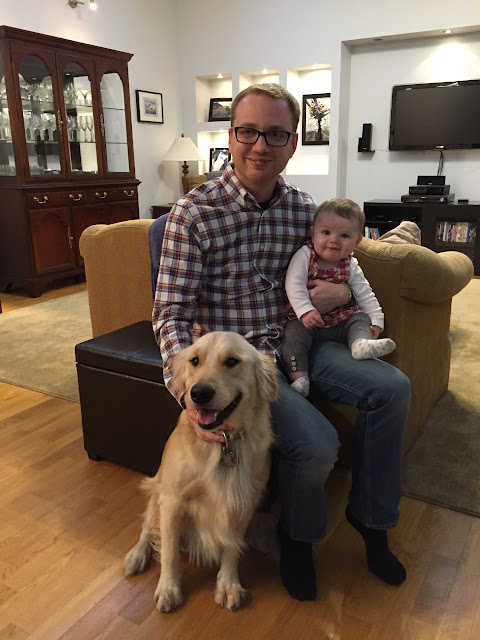 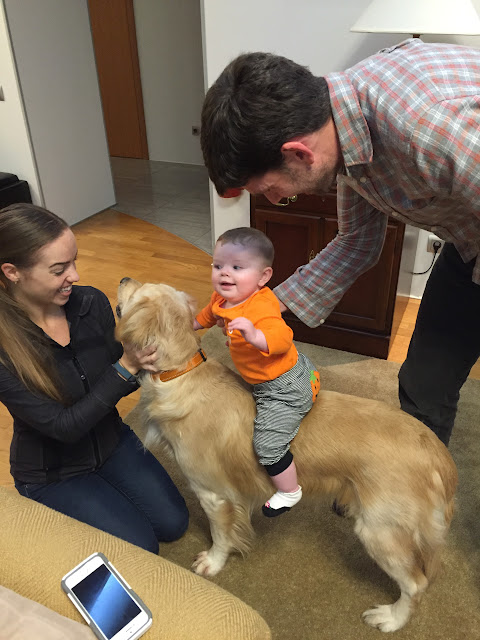 Posted by Kristin Hendren at 1:01 PM