Will Run 21K for Beer and Medals (and more beer) This weekend we ran Der 21. Stuttgart-Lauf, a half marathon through the city.  We were joined by a bunch of folks from our running group. 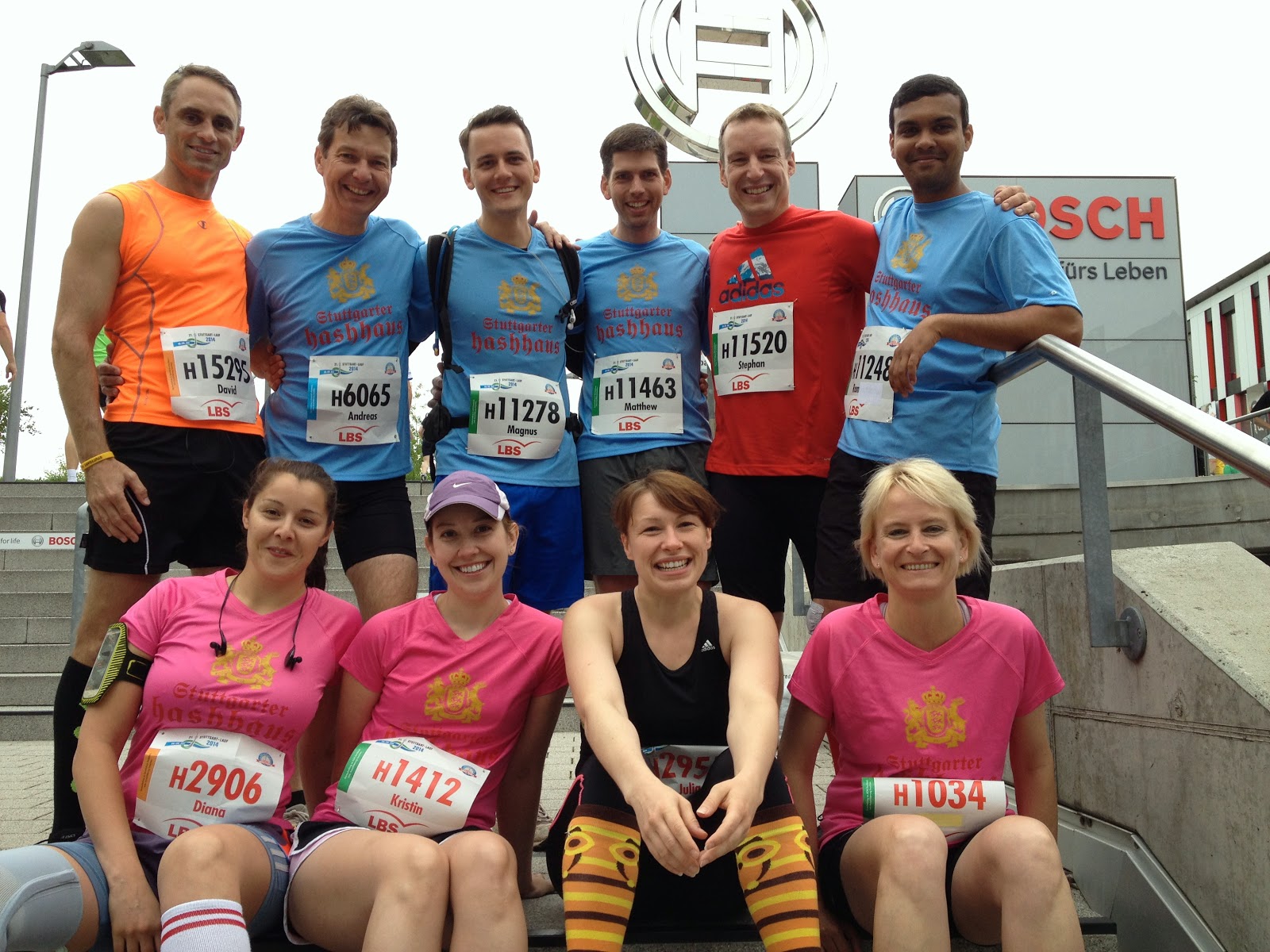 Kristin hadn't been training much prior to the race, so we took it slow.  Even with a beer and snack stop at the halfway point, it only took her 6 minutes more than her fastest half.  She did a great job.  Luckily the course was down along the river so it was very flat compared to the rest of Stuttgart -- and most of the very hilly runs we do. 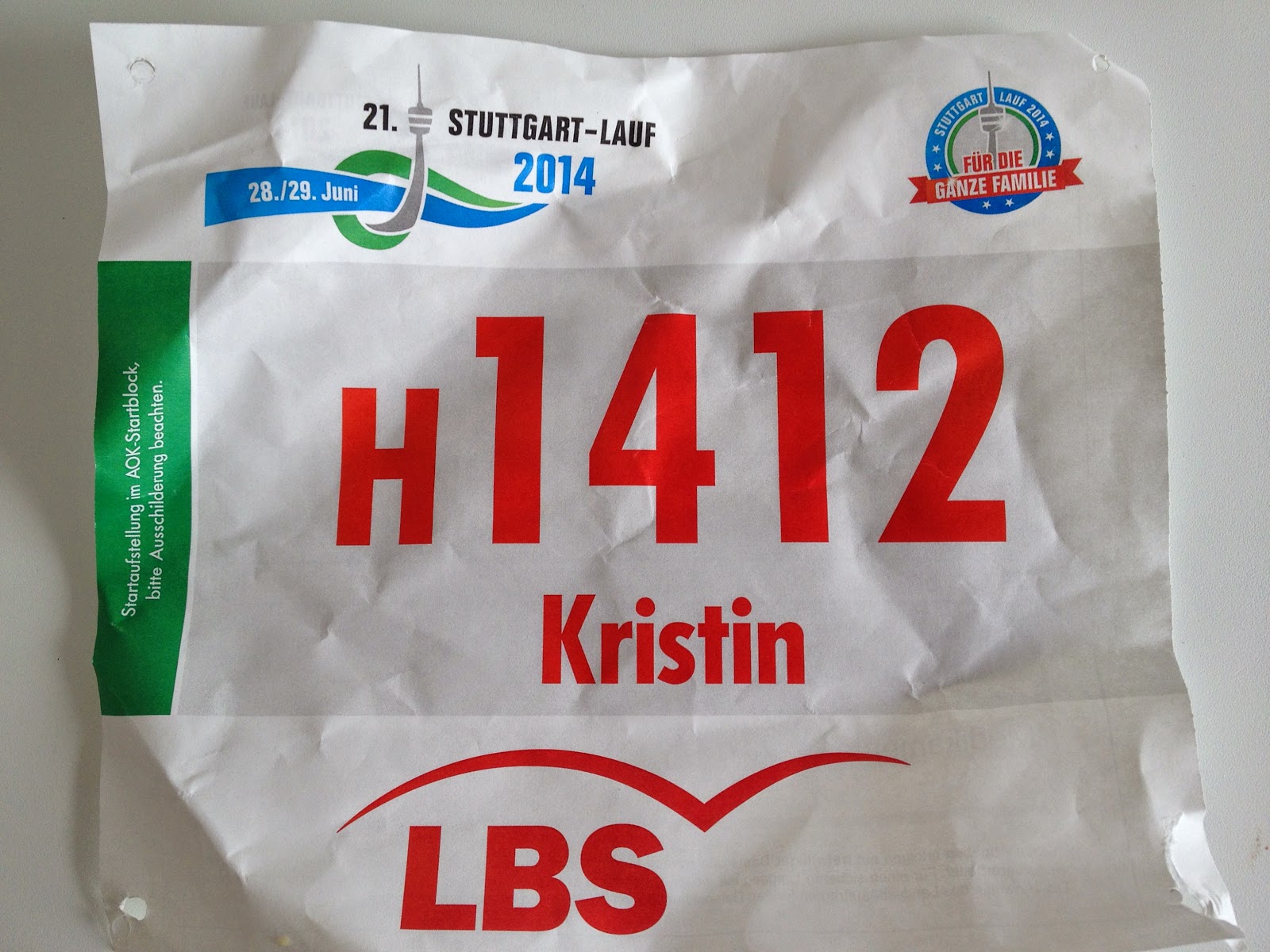 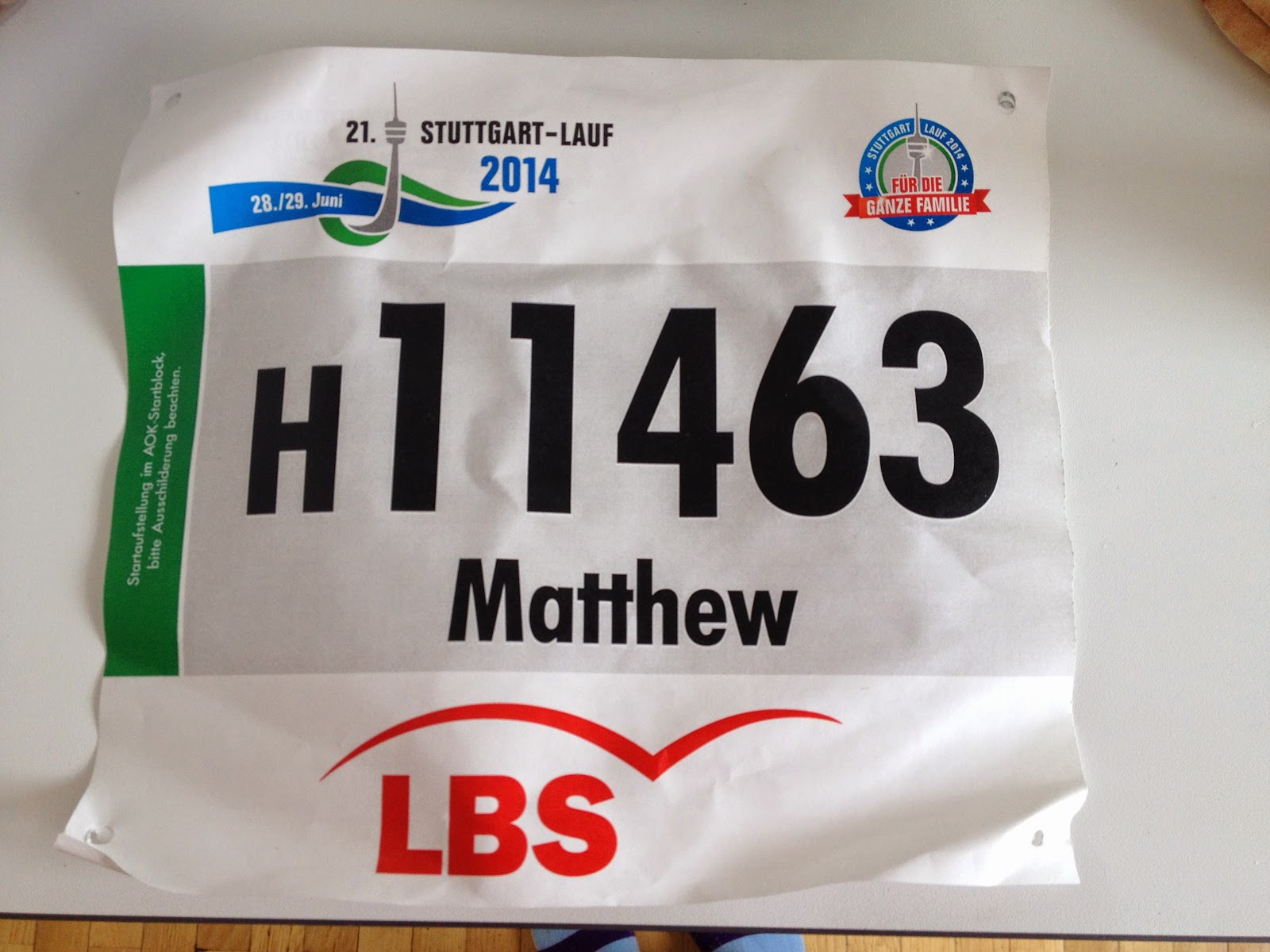 Some awesome folks from our running group set up a beer stop.  Which is way more fun than waters stops and we were very happy to see them.

We had been lucky for the first 12K with cloudy and cool weather but as soon as we started running again the rain came as promised.  The next 5K were full-on downpour.  So that was fun, at least for Matt, as he encouraged Kristin through the second half of the race. 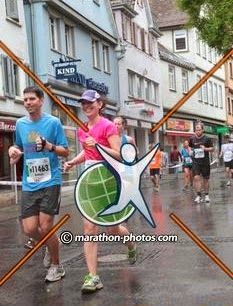 We were a bit drenched at the finish, but we made it!  The finish line was inside Mercedes-Benz Arena (the big soccer stadium) so it was a pretty cool to have a crowd in the stands cheering us on for the last 100 meters. 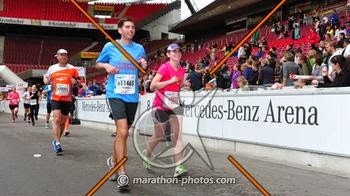 The fine flight attendants from Germanwings bedecked us with our medals and it was time to celebrate with an alkoholfrie (alcohol-free) beer and a banana. 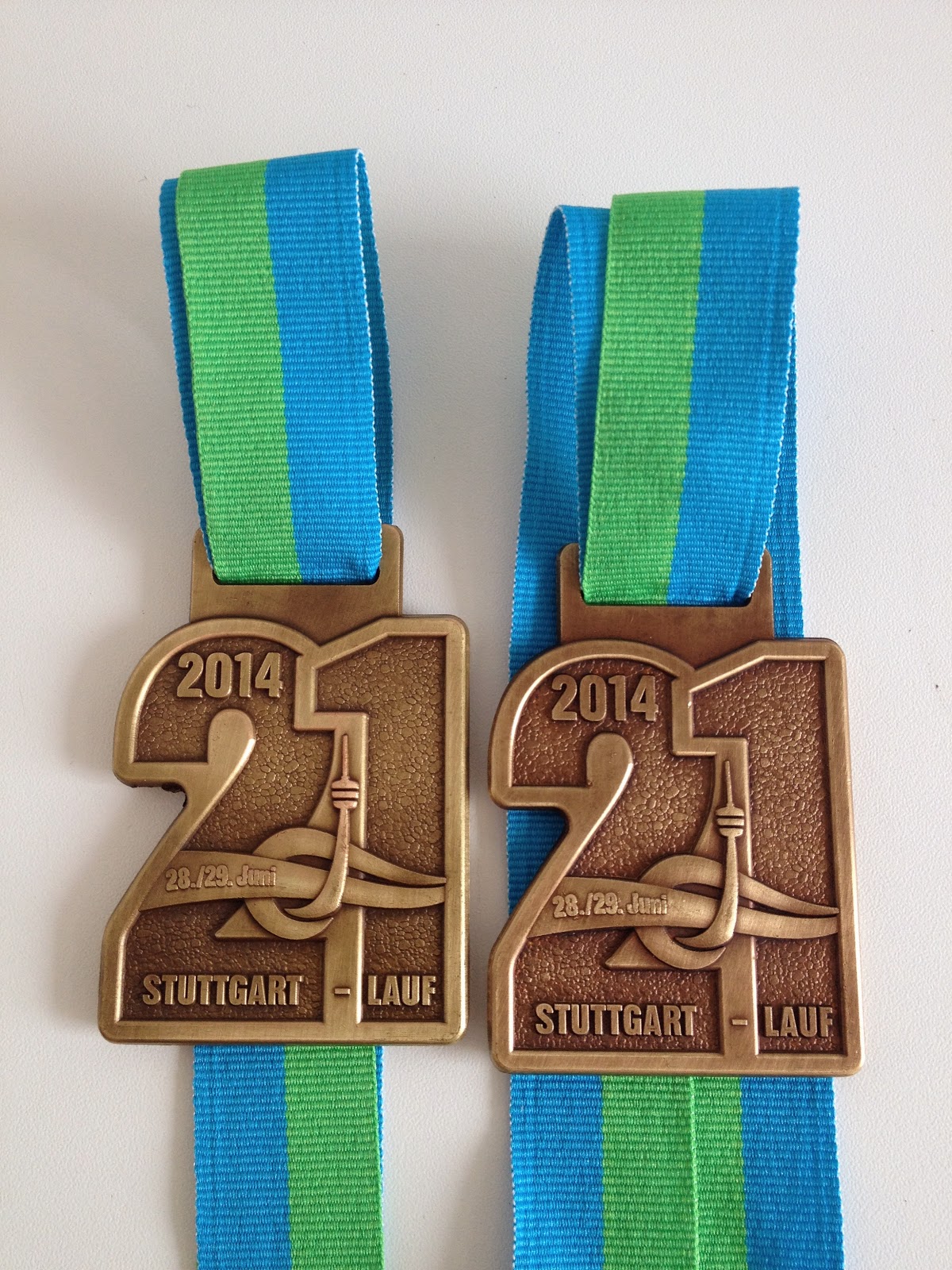 Posted by Kristin Hendren at 12:15 PM