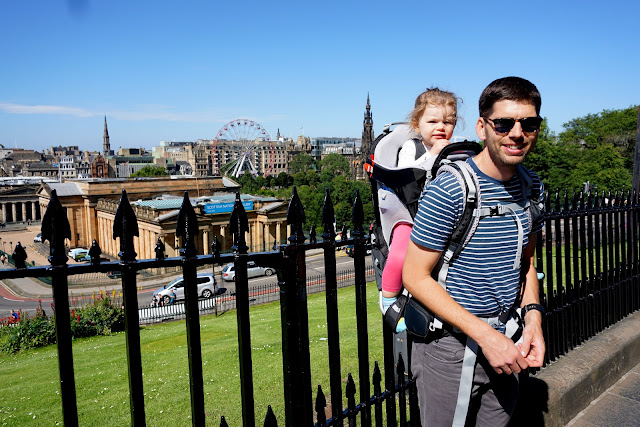 We'll admit it.  We've been terrible about updating this blog the past year.  But we have some renewed incentive now that the end of our time in Europe is fast approaching.  We have less than 3 months to go and are packing in as much travel as we can in the next few weeks before the apartment packing begins. Let's see if we can keep up with the blog posts in the process (and maybe share some long overdue ones in the process)!

Since our last entry, we've been joined by a new traveling companion.  Oliver has been a very sweet addition to our family, but having two rather demanding travelers had made our travel a bit different these days.  We've been spending a lot more time on slowing things down and seeing fewer sites ... but looking for more playgrounds, rocks, sticks and ice cream each day. We've still been having lots of adventures, despite having an extra 20 chubby pounds in tow. 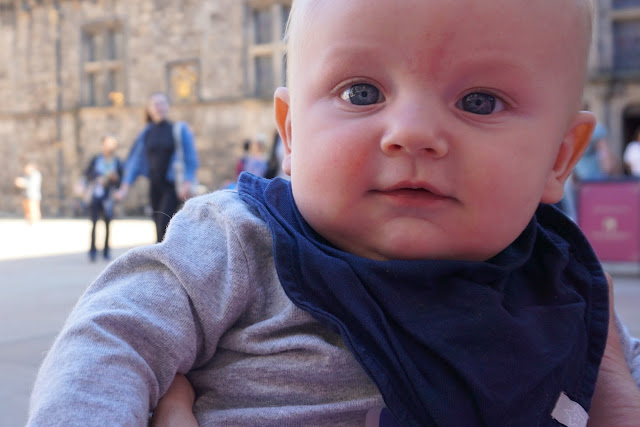 Our first stop on our travel blitz is Scotland.  Matt has been excited about hiking around with the kids, so we figured this would be a great destination. Especially since it is about 20 degrees cooler than anywhere else in Europe in August.  Armed with Matt's birthday present, a new kid-carrying hiking backpack, we headed to the land of Scotch, golf, and shortbread.


We found a great flat on Homeaway for our time in Edinburgh.  It was located in the "New" part of town in a 1800s townhouse.  The neighborhood had a number of hip restaurants (which we crave in super traditional Germany), yummy bakeries, and easy access to the great takeaway meals from Marks & Spencer.

Our first day was spent exploring Edinburgh Castle, which sits at the high point of the city on a strategically defensible rock.  Some of the buildings on the hill date from the 12th century.
Once you reach the top, it is easy to understand why Scots have been living on this hill for centuries.  It has wonderful views across the city and to the sea.  And is the best place for setting up your cannons if you are looking to defend a castle.  Natalie thought it was particularly good for running around. 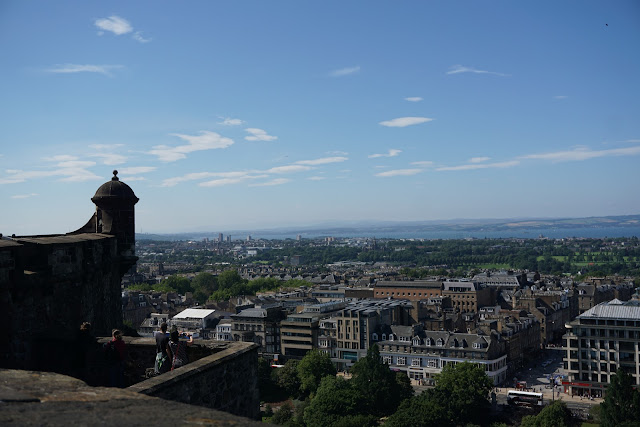 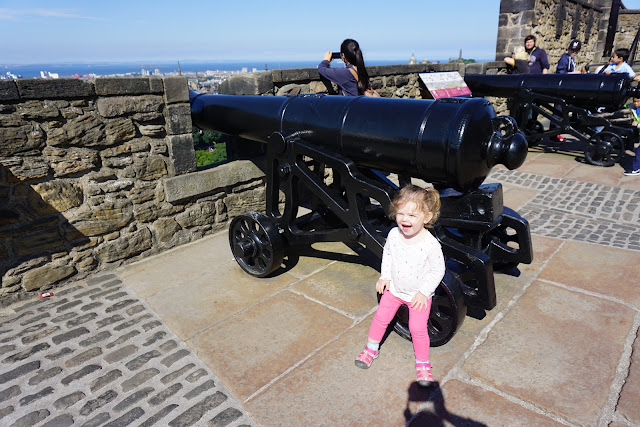 While we were visiting the castle, they were setting up for the Royal Edinburgh Military Tattoo.  Nope, it isn't a tattoo artist convention.  It's a military band and performance festival held each August in an open air stadium on the Edinburgh Castle military parade grounds.  It's one of the many popular events in Edinburgh in August, which means big crowds and high prices.  Although we were sad to miss the pomp of the Tattoo, we were happy to visit Edinburgh at the end of July when it was a bit less busy. 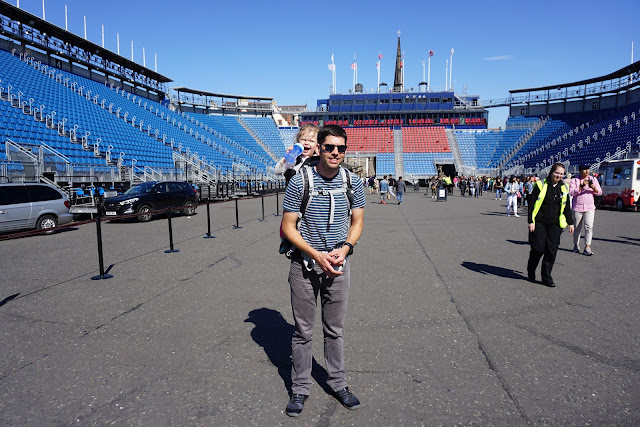 We spent the rest of the afternoon wandering the beginnings of the Royal Mile.  The buildings in Edinburgh's Old Town were built many levels high, creating the some of the world's first skyscrapers.  But it also meant lots of people living in a small area of the city, which meant it wasn't the cleanest historically.  It has been cleaned up and awaits a flood of tourists, most of whom are darting in and out of souvenir shops. 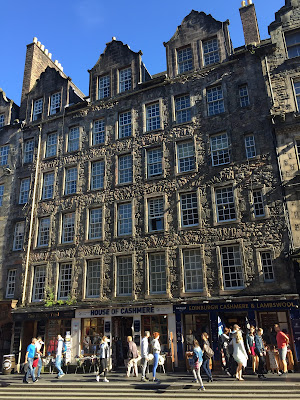 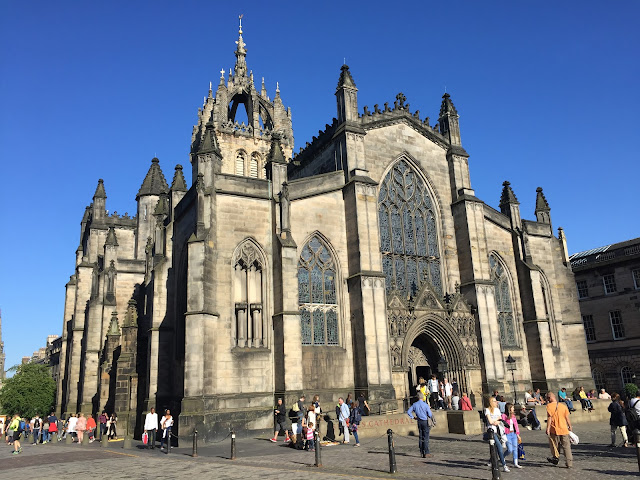 Day 2 was spent wandering around the New Town and the Royal Mile.  The edge of New Town has great views of the Old Town.  In between these two areas, there is a valley that is a drained loch called the Princes Street Gardens.  The landscaping is lovely, and Edinburg-ers seem to spend a lot of time relaxing on the grounds. 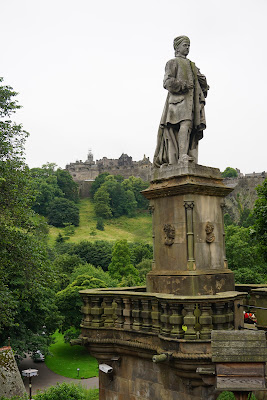 The gardens includes a very cool flower clock, which takes two gardeners nearly a month to plant.  All of the pieces are organic, other than the clock mechanism itself. 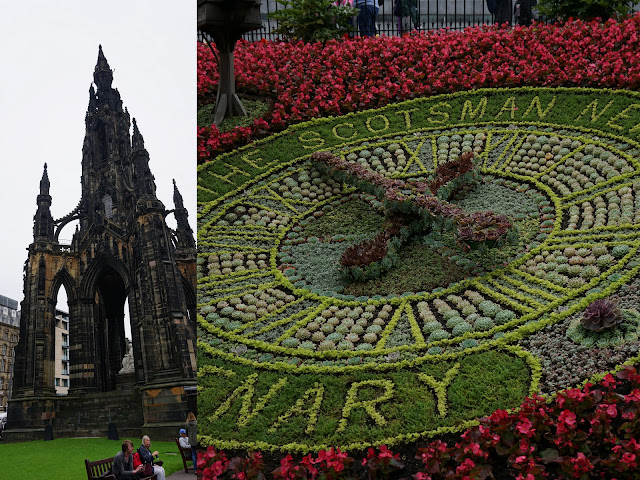 Our last stop along the Royal Mile was the Place of Holyroodhouse, the 16th century castle that is home to Queen Elizabeth II when visiting Edinburgh.  Scotland's royal families have preferred living here, over Edinburgh Castle, so the castle complex is huge. QEII prefers spending time at her other Scottish castle, Balmoral, so this castle is used by her for only about 1 week a year. 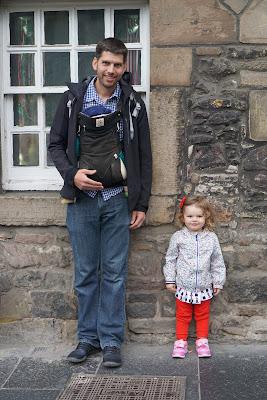 Our last day in Edinburgh was spent like our first two days--filled with more wandering.  We headed to the south side of the city to do some shopping in the cute streets behind Edinburgh Castle. 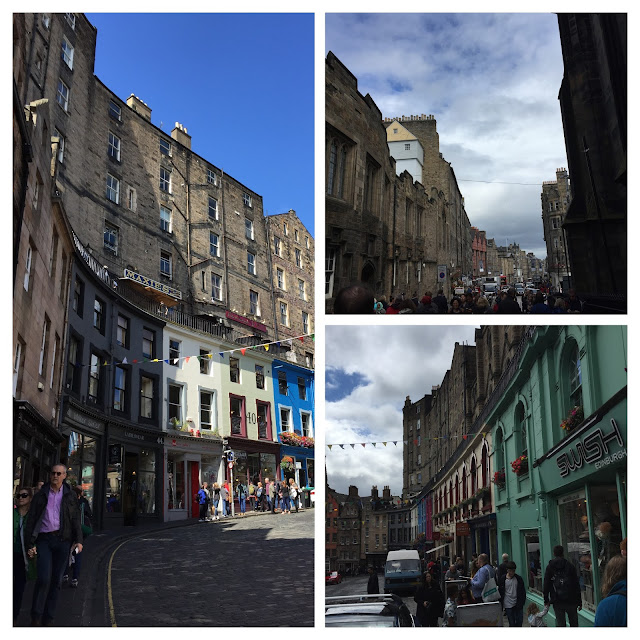 There was even a cute Harry Potter-themed shop.  We can't wait to share those books with Natalie and Oliver, but for now it just made for some cute pictures.  Natalie's officially tall enough to be a Junior Witch/Wizard. 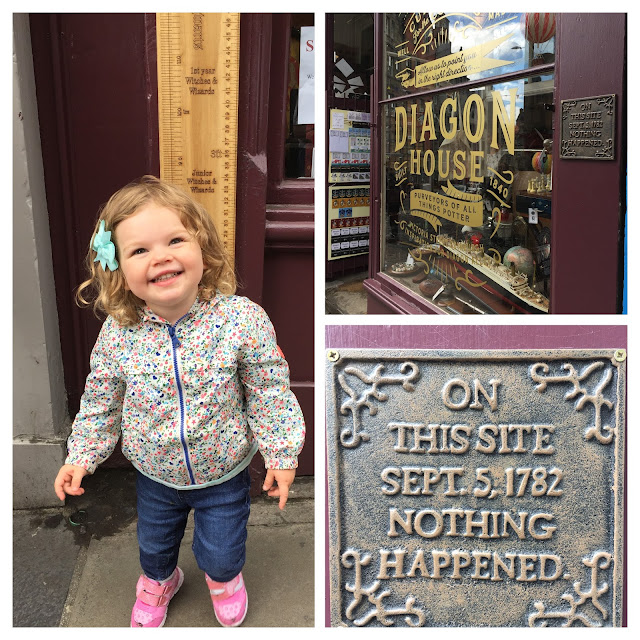 Having checked out the back of Edinburgh Castle, we headed to our flat again, ready for more adventures in the rest of Scotland. 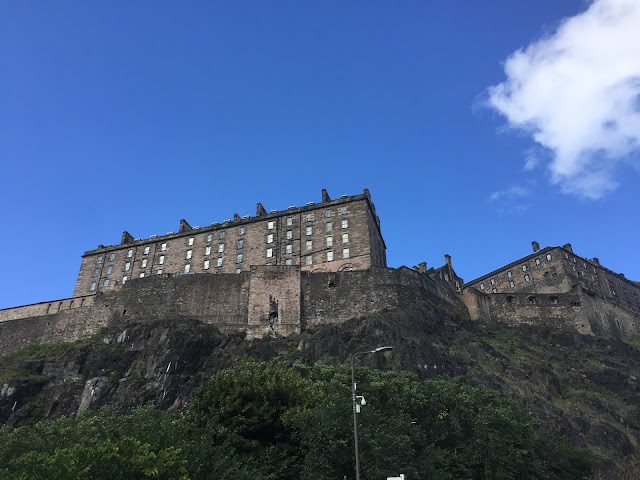 Posted by Kristin Hendren at 12:44 PM