Over Memorial Day weekend I got an email from my good friend Rich saying he was going to be here in June in case we could meet up.  "Here" is actually the south of France but that's still much closer than his home deep in the heart of Texas, so I said of course.  Never mind that it's an 8-9 hour drive from Stuttgart...it would be an adventure and great chance to see the French countryside.  After a half day of work on Friday, Kristin and I set off and made it just after sunset to the hotel in Aix-en-Provence, in time to drink some German beers I had brought to celebrate.

The next day the three of us ventured into the city to see the Saturday morning markets.  Every few blocks through the old city, the streets would open into a small square and a new type of market was there to greet us.


It wouldn't be a European city tour without a church so we popped into the Cathédrale Saint-Sauveur, the Catholic cathedral for the region. 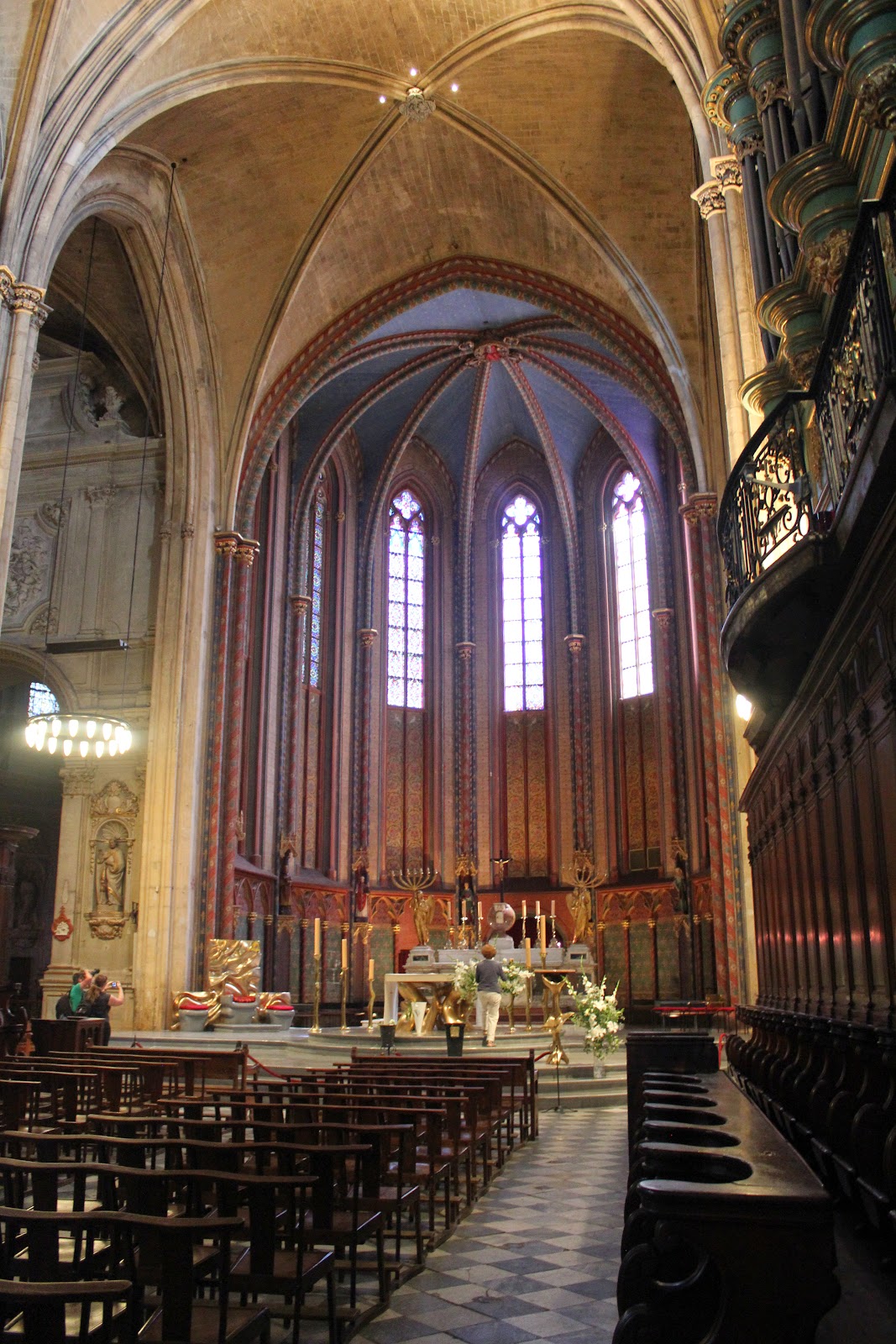 Despite the snacks we had at the market (squash blossom fritters, nougat, and some amazing macaroons), all of the touristing made us hungry so we decided to partake in some oh-so-French crepes.  What goes well with crepes?  Local apple cider, of course! 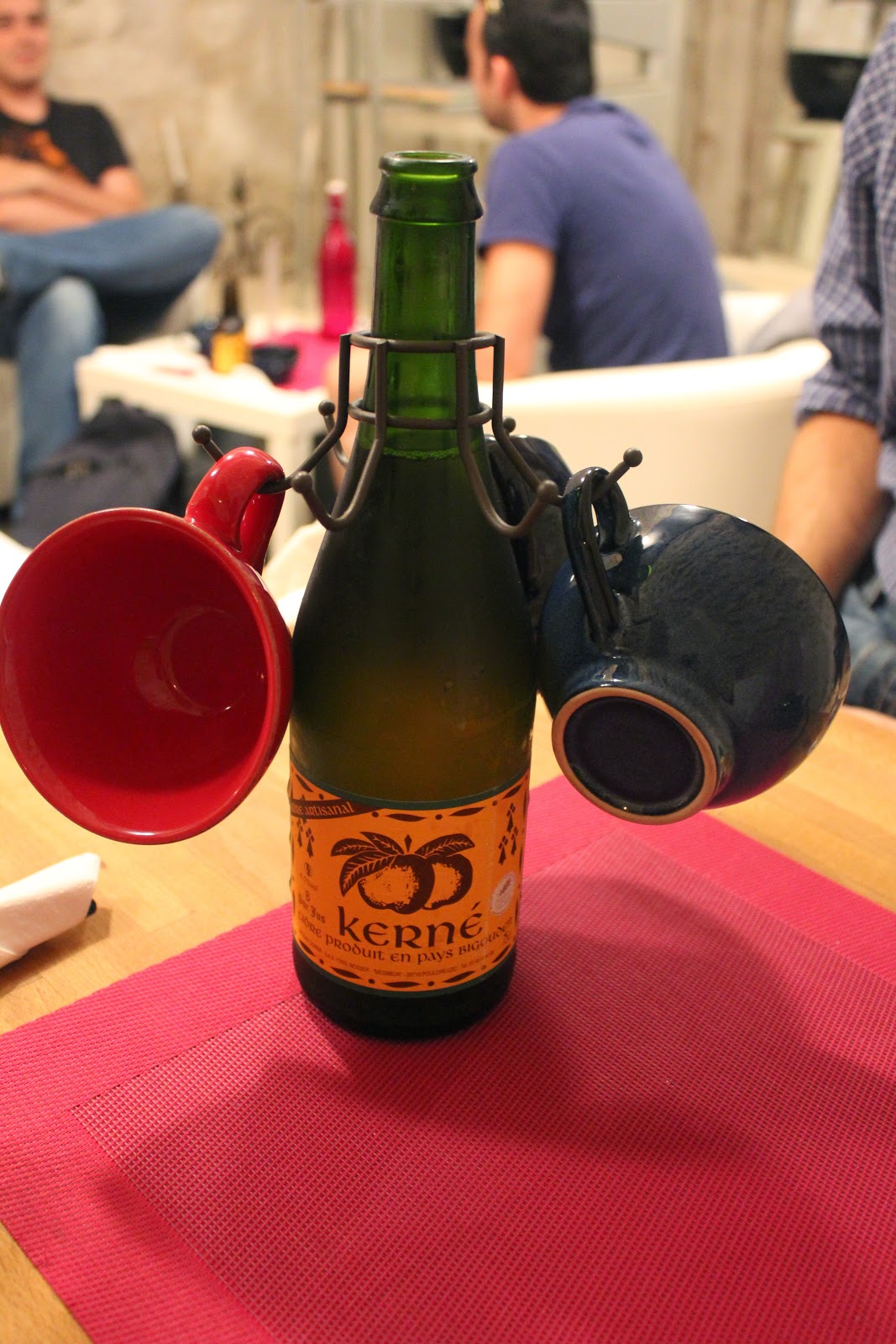 After lunch we met up with Rich's tour group at a winery.  The inside wasn't that interesting but the outside was beautiful and they had a huge garden out back.  From what little I know about this area, and all around the Mediterranean, the garden seemed very fitting.  Fields of lavender (which Provence is famous for), Cyprus trees, and many other flowers, fruits, and of course...grapes!! 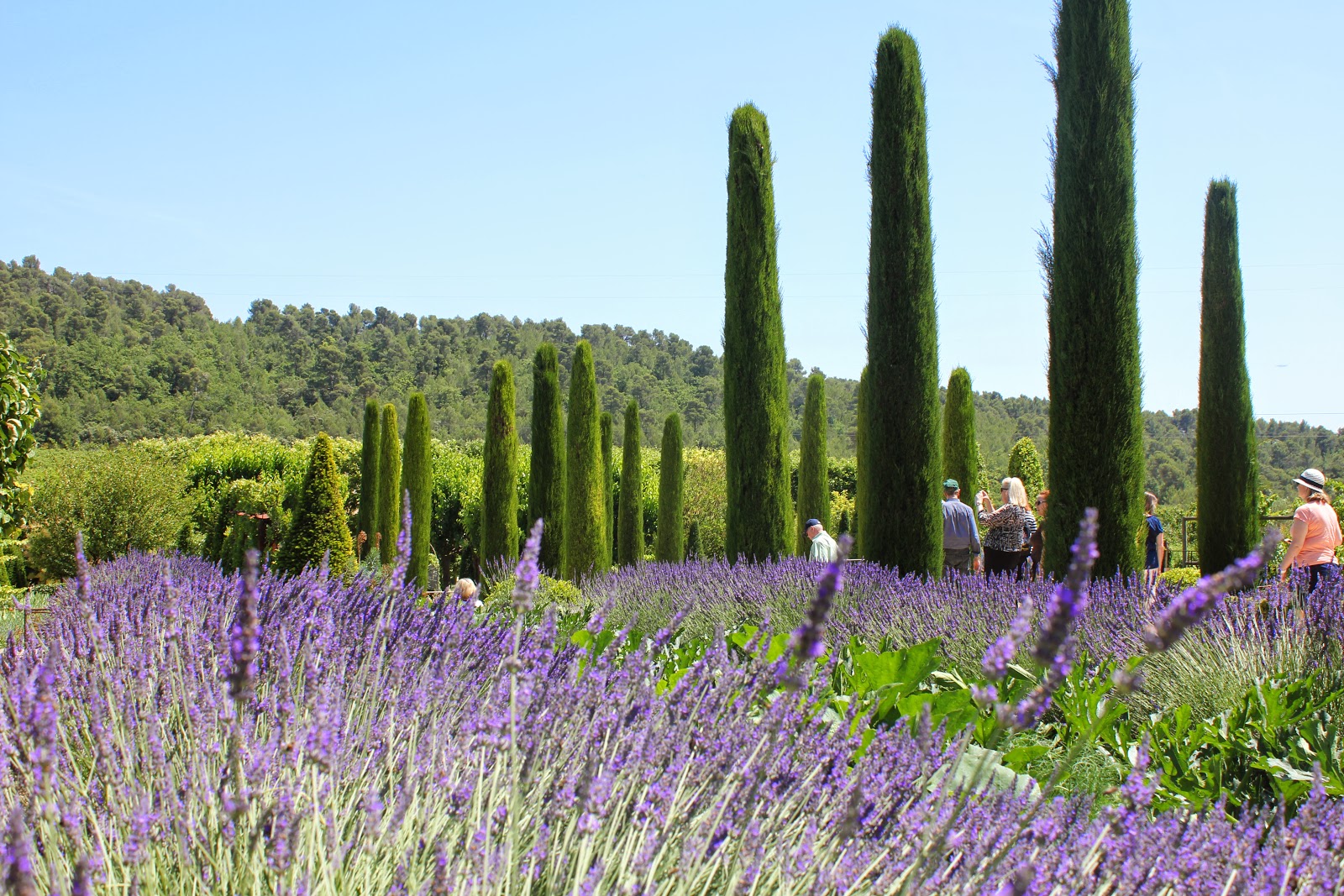 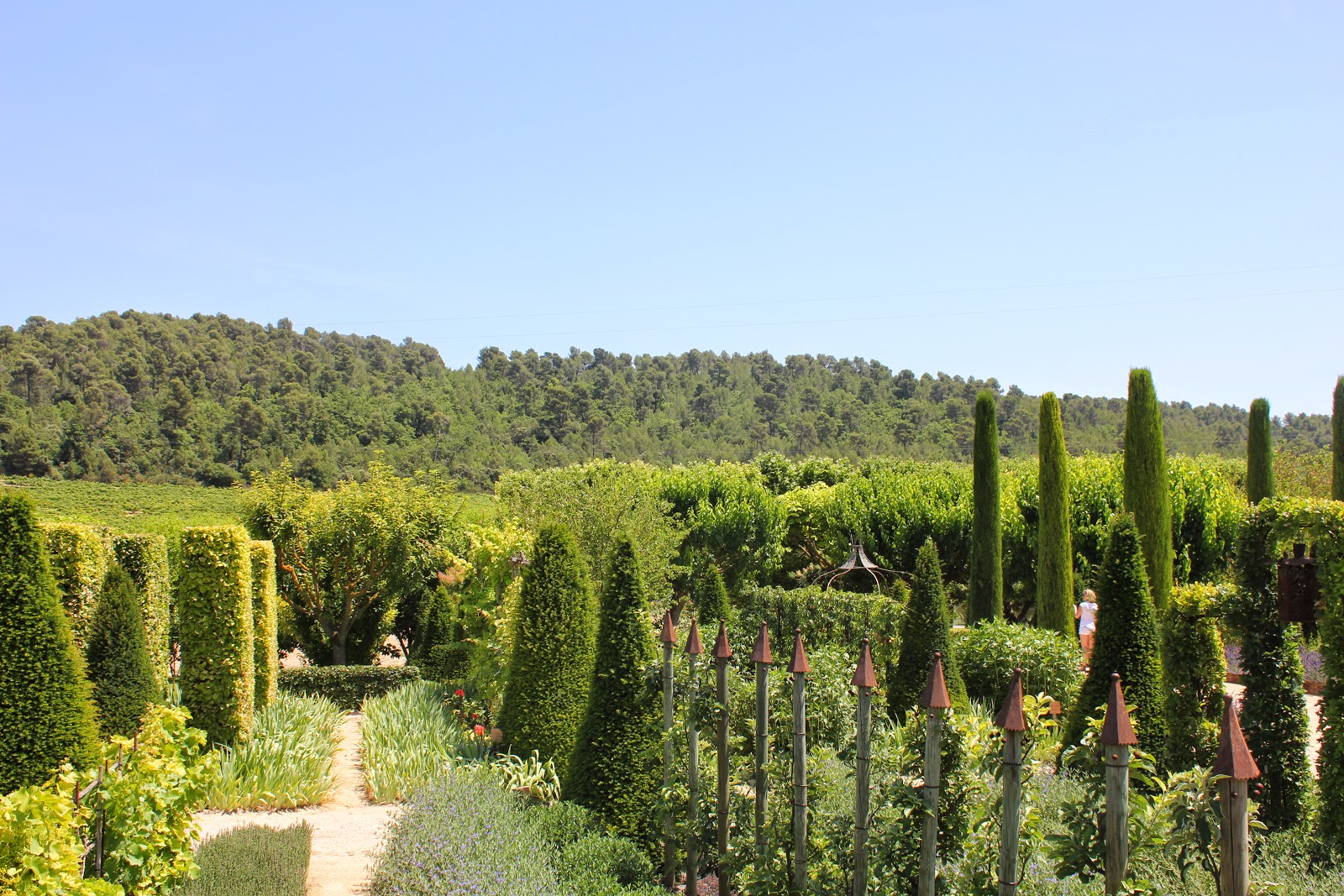 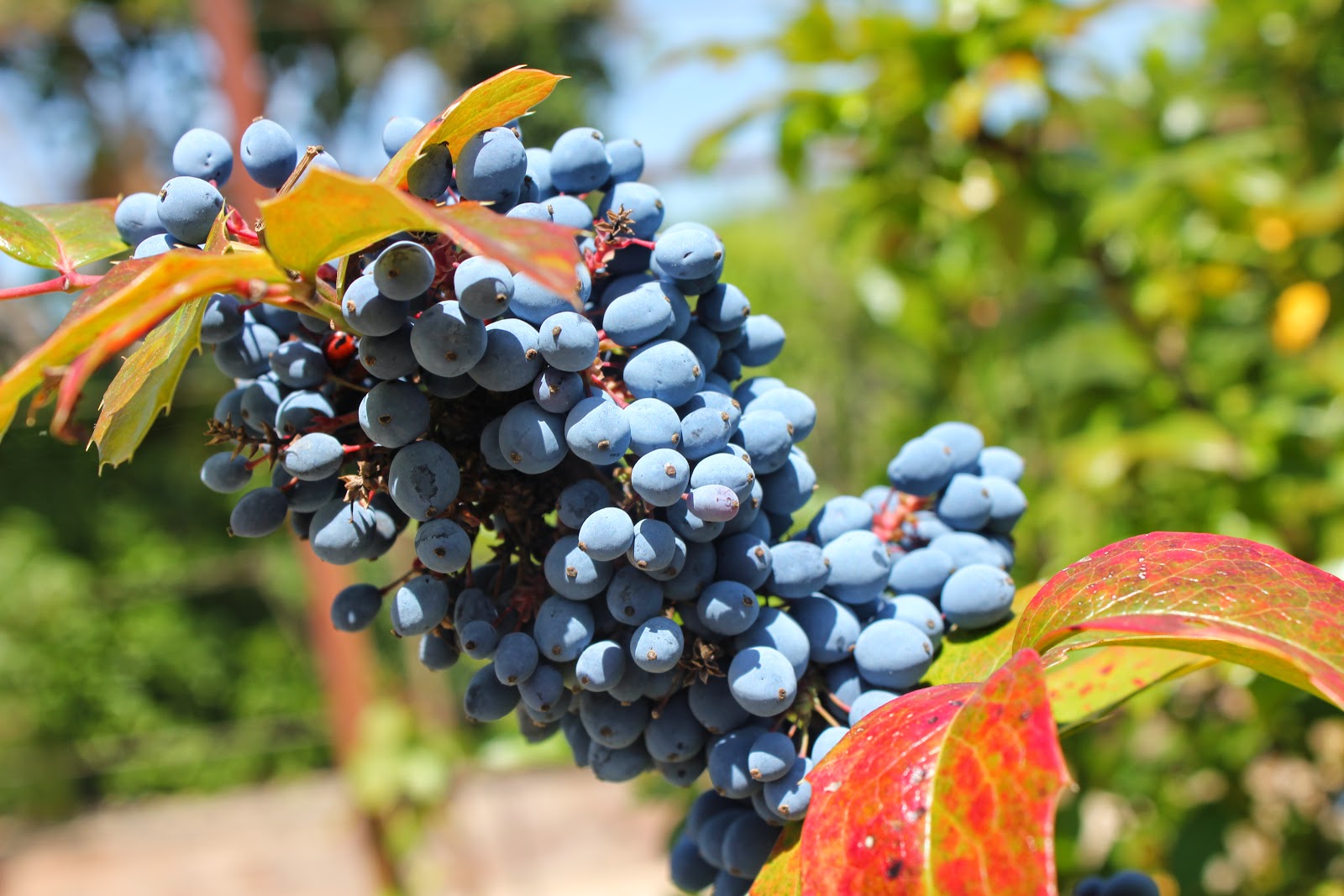 Oh, and there was wine too!  It actually wasn't very good so I wasn't sorry to be sober driving us but Rich and Kristin managed to drink it with a smile and we all had fun. 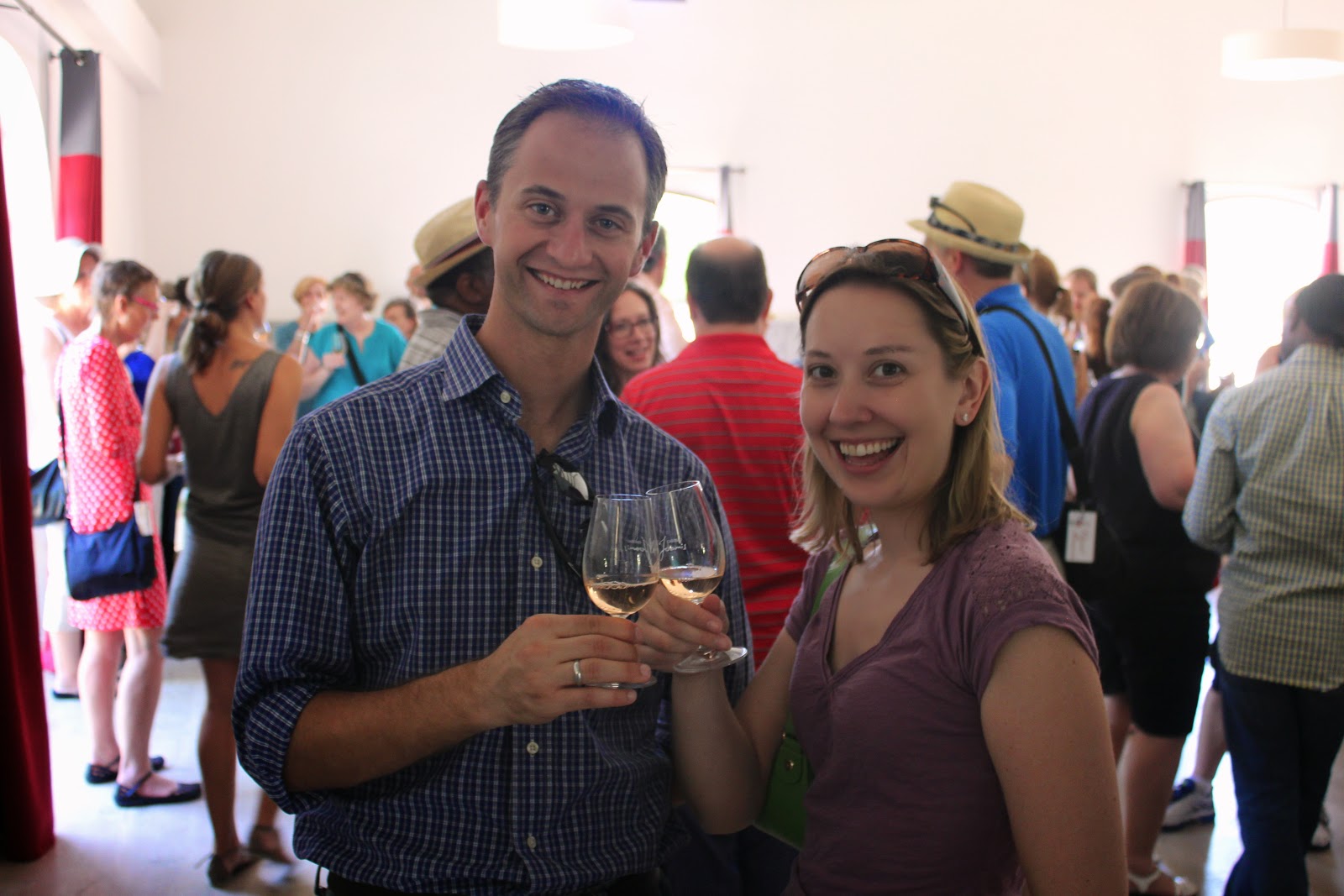 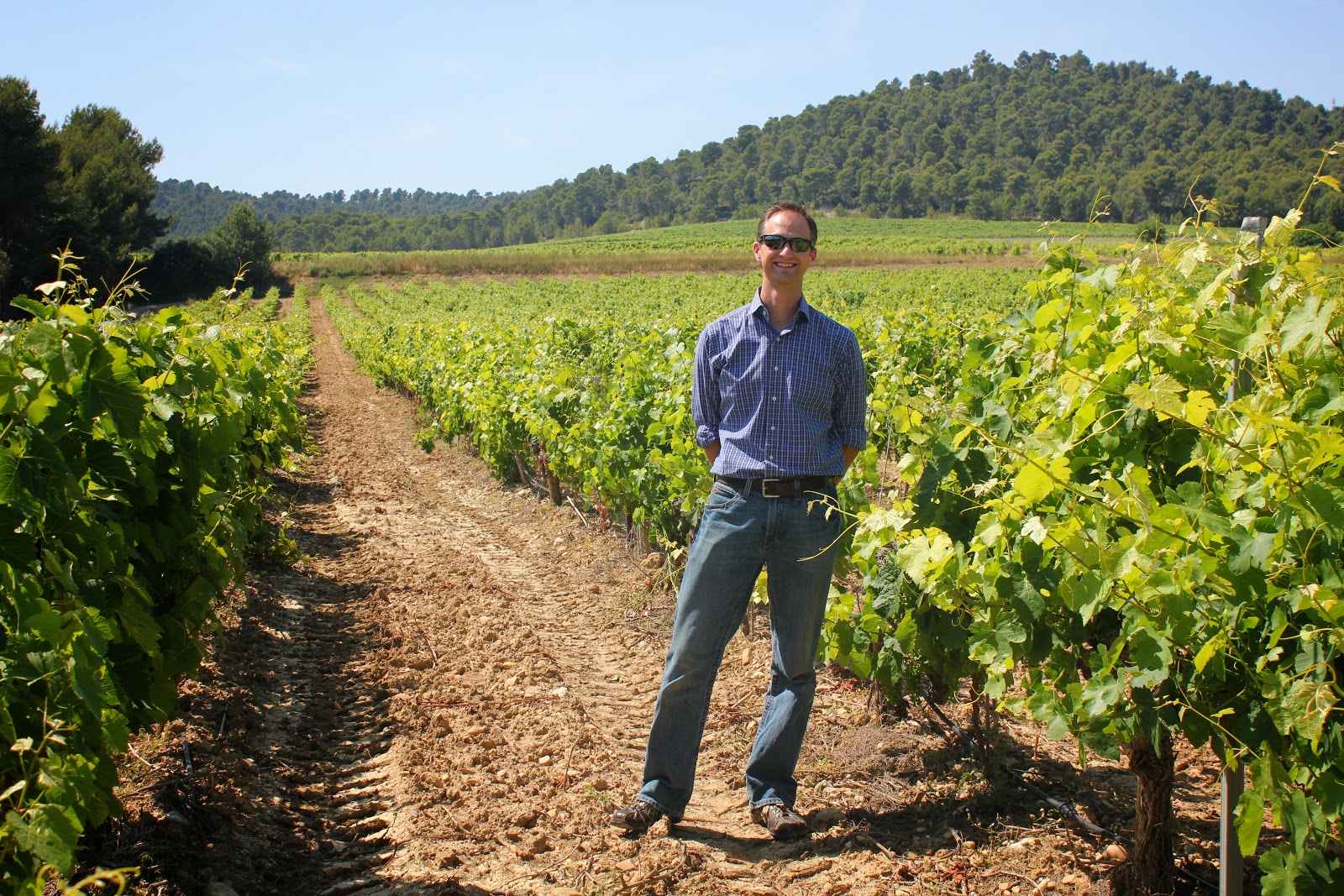 After the tour, we had some time to kill before dinner.  Despite consulting multiple guidebooks, nothing peaked Kristin's interest within a reasonable distance so I just started driving.  After finding a couple of interesting towns, we sprung upon the village of Ansouis and it was an incredible find.  Built into the hill overlooking a valley of grape vines, it had a uniformly old and sun-washed look while also sporting pockets of color, culture, and fun. 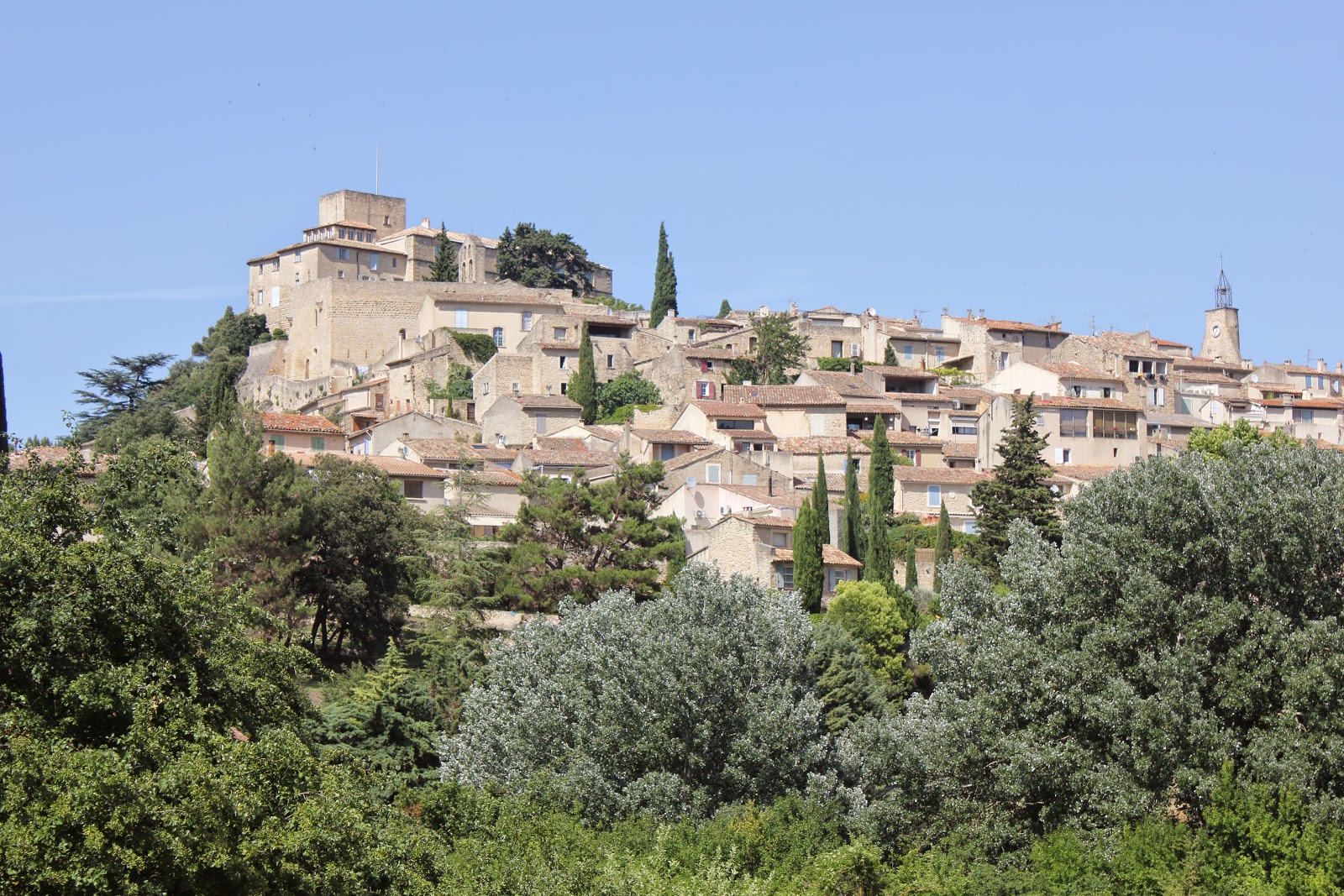 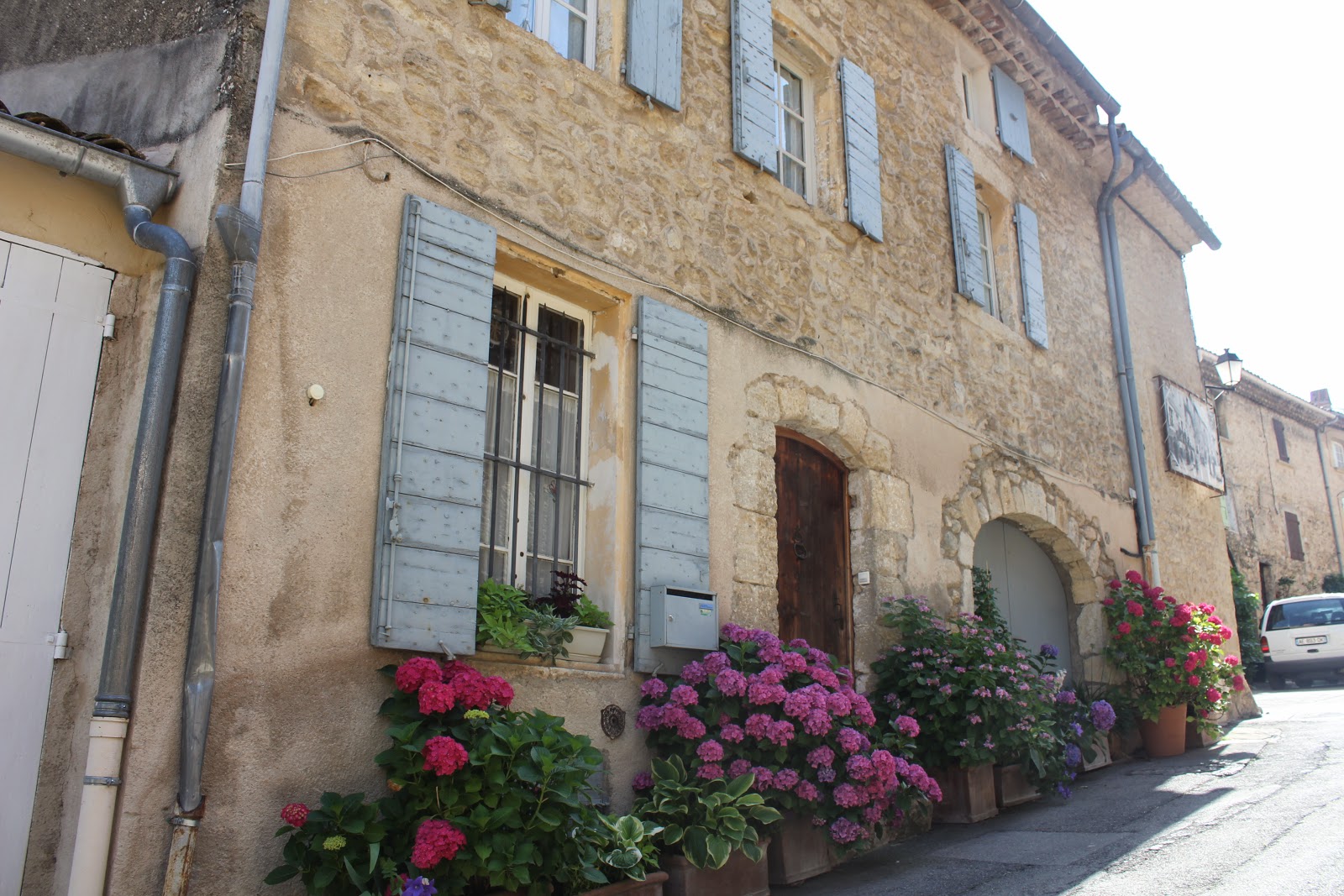 Thanks for the picture Rich! 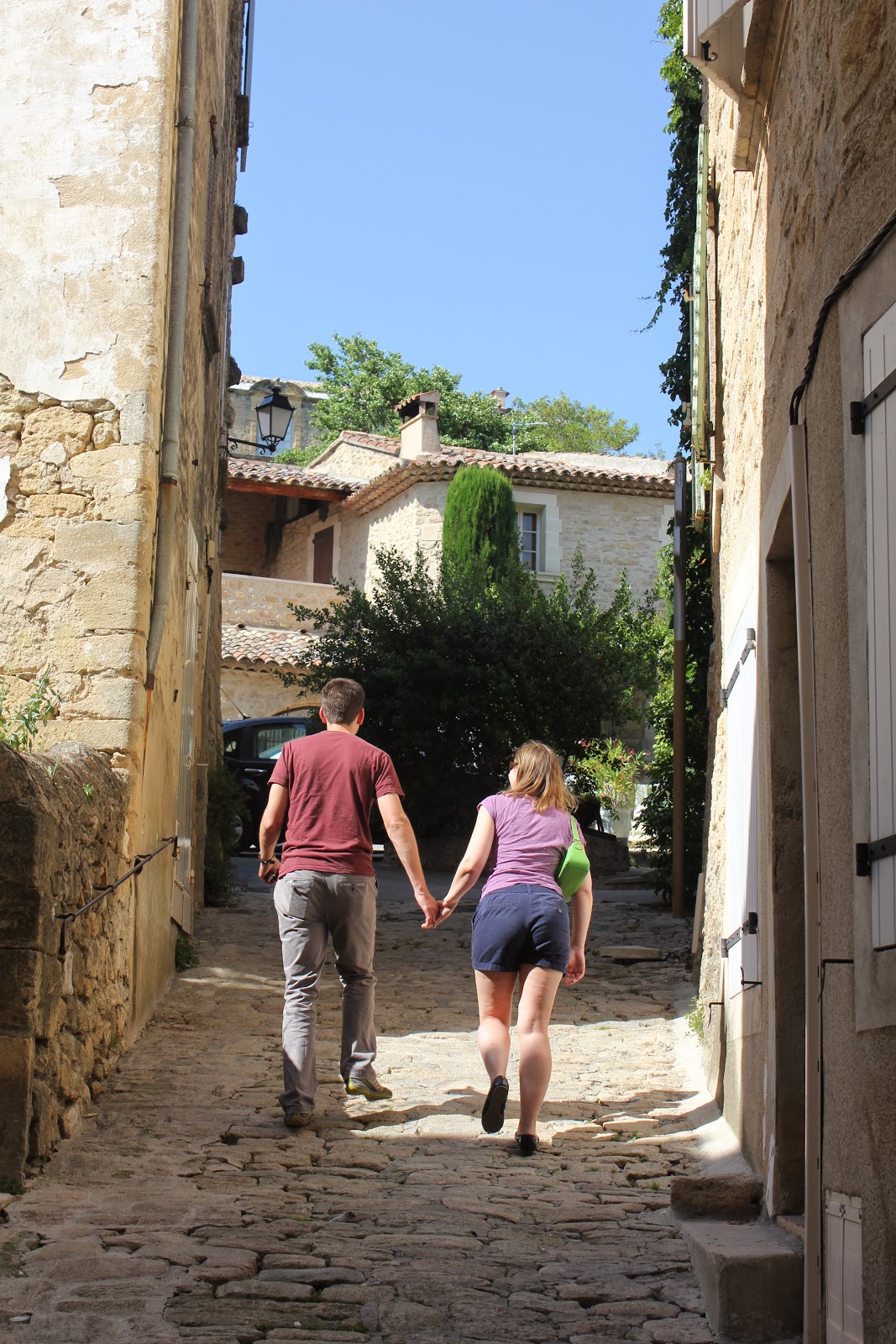 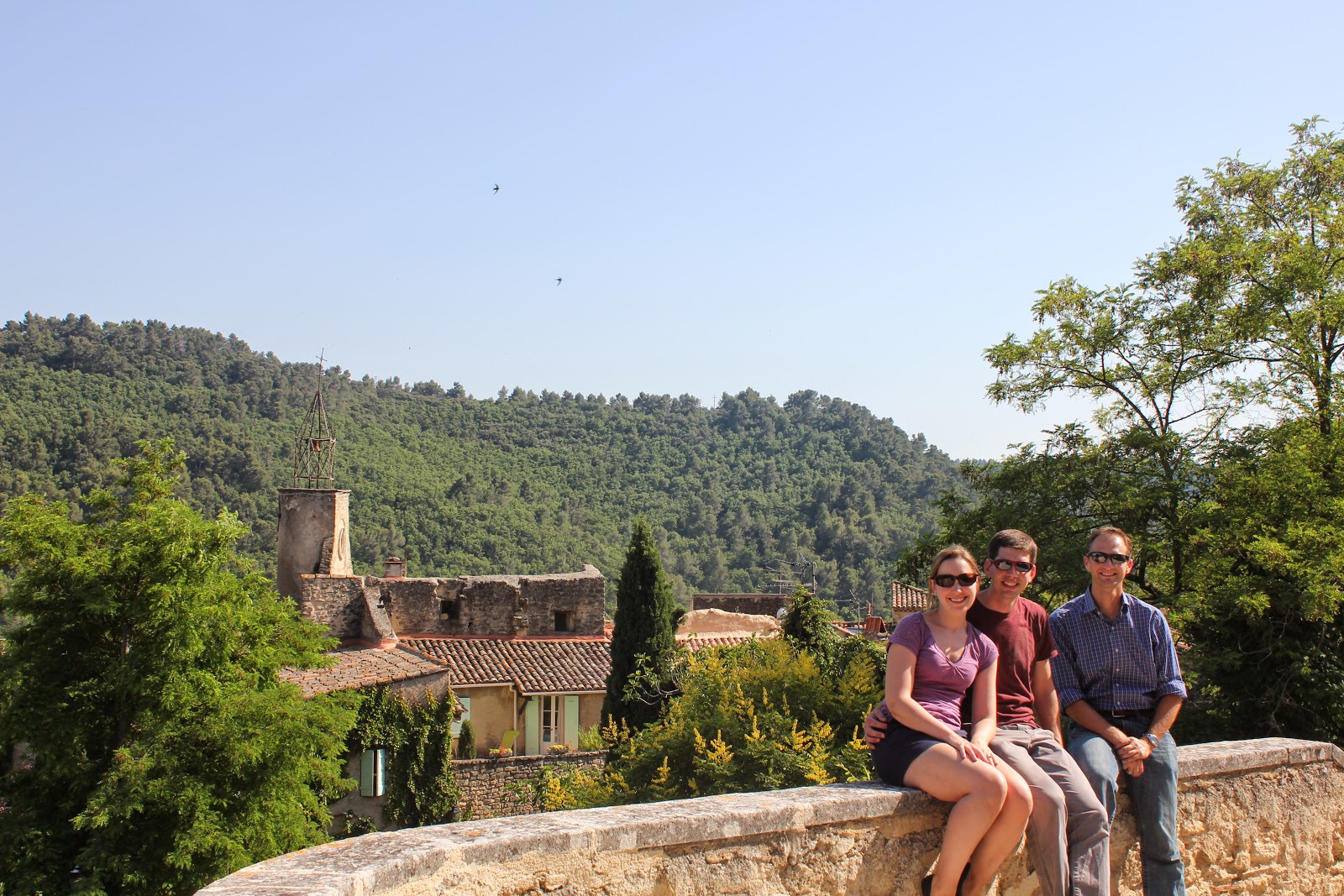 We reluctantly headed back to Aix for dinner, which turned out to be really good, and then were lucky enough to experience Fête de la Musique.  According to Wikipedia, it's supposed to be a world music day but is really a night across France to celebrate music on the first day of summer.  This translated to musicians around every corner and in every square un downtown Aix-en-Provence.  It was an amazing experience with an incredible number of people out and about to see it.

There were a few main stages with big acts: 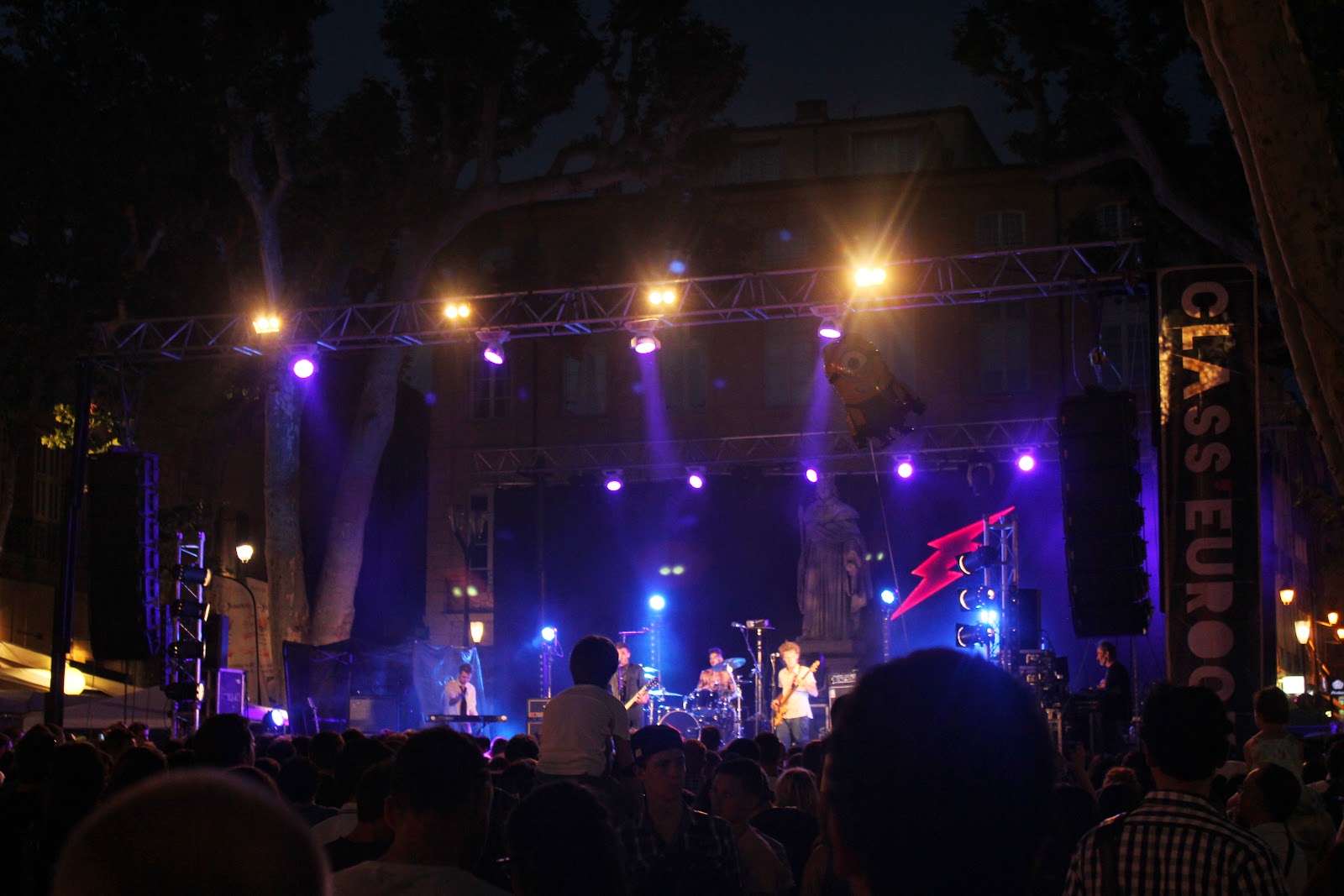 There were some medium-sized stages amongst the historic statues and fountains: 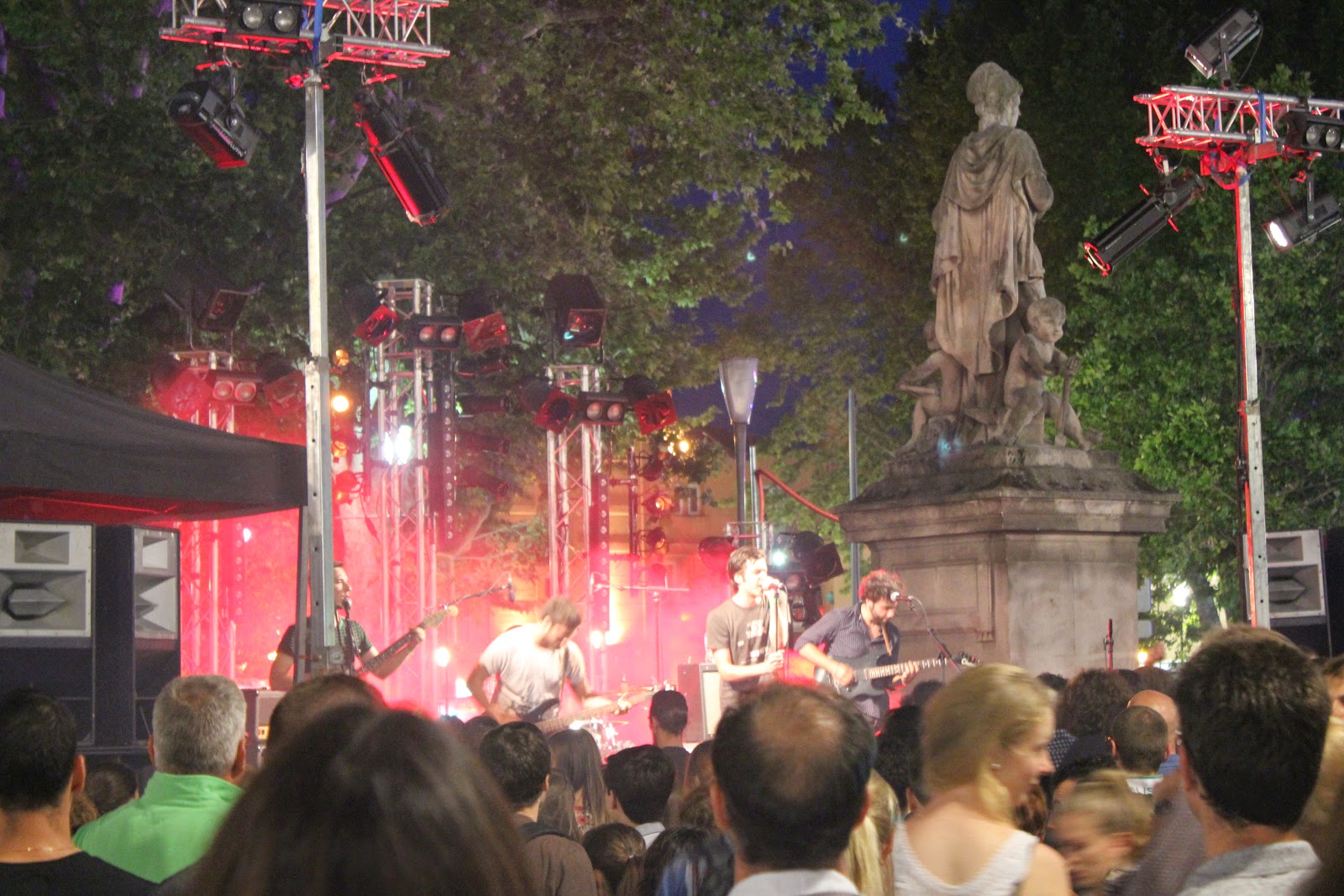 There was a very packed DJ stage that was waaay too hip for us: 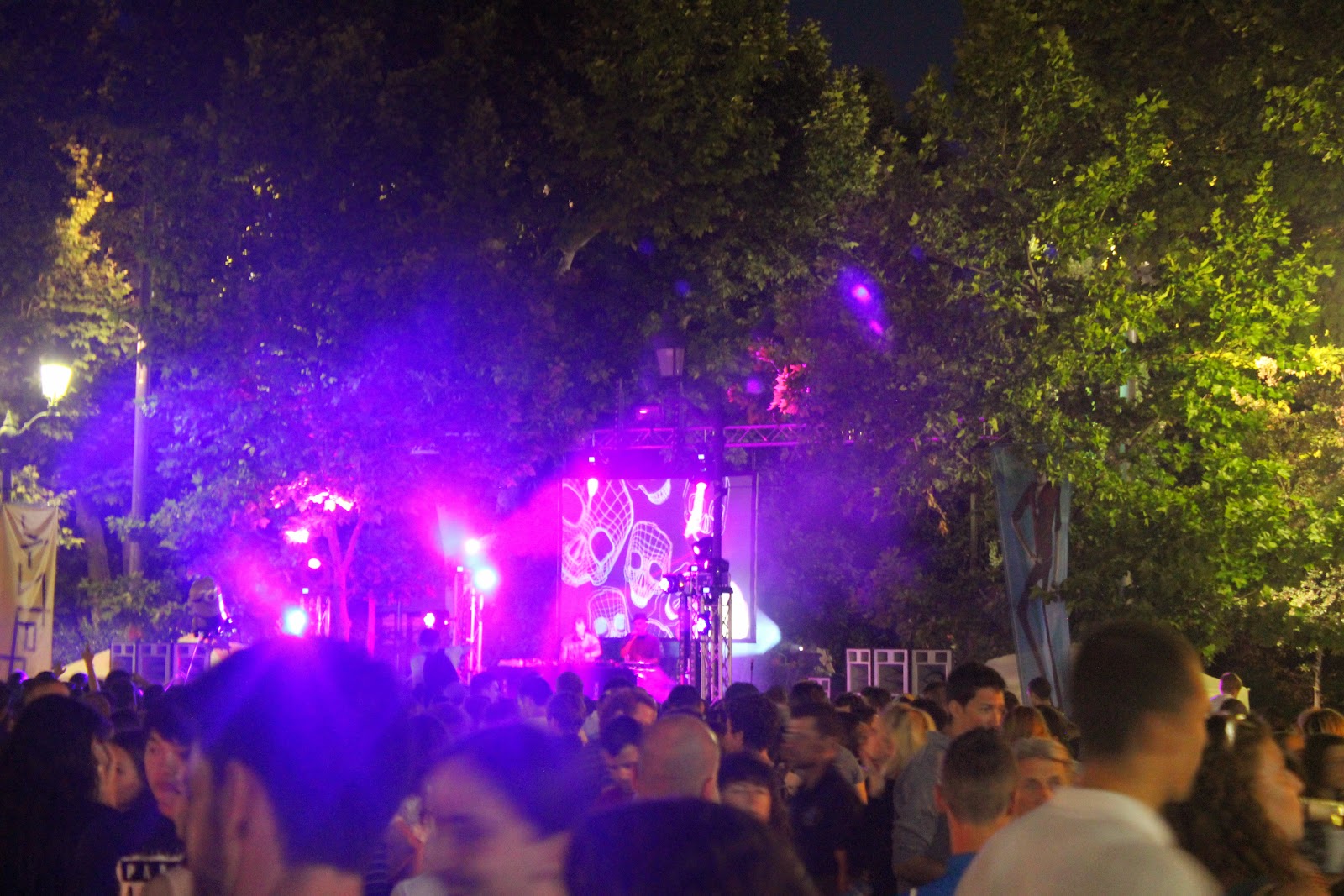 There were even acoustic musicians playing things like Billy Joel: 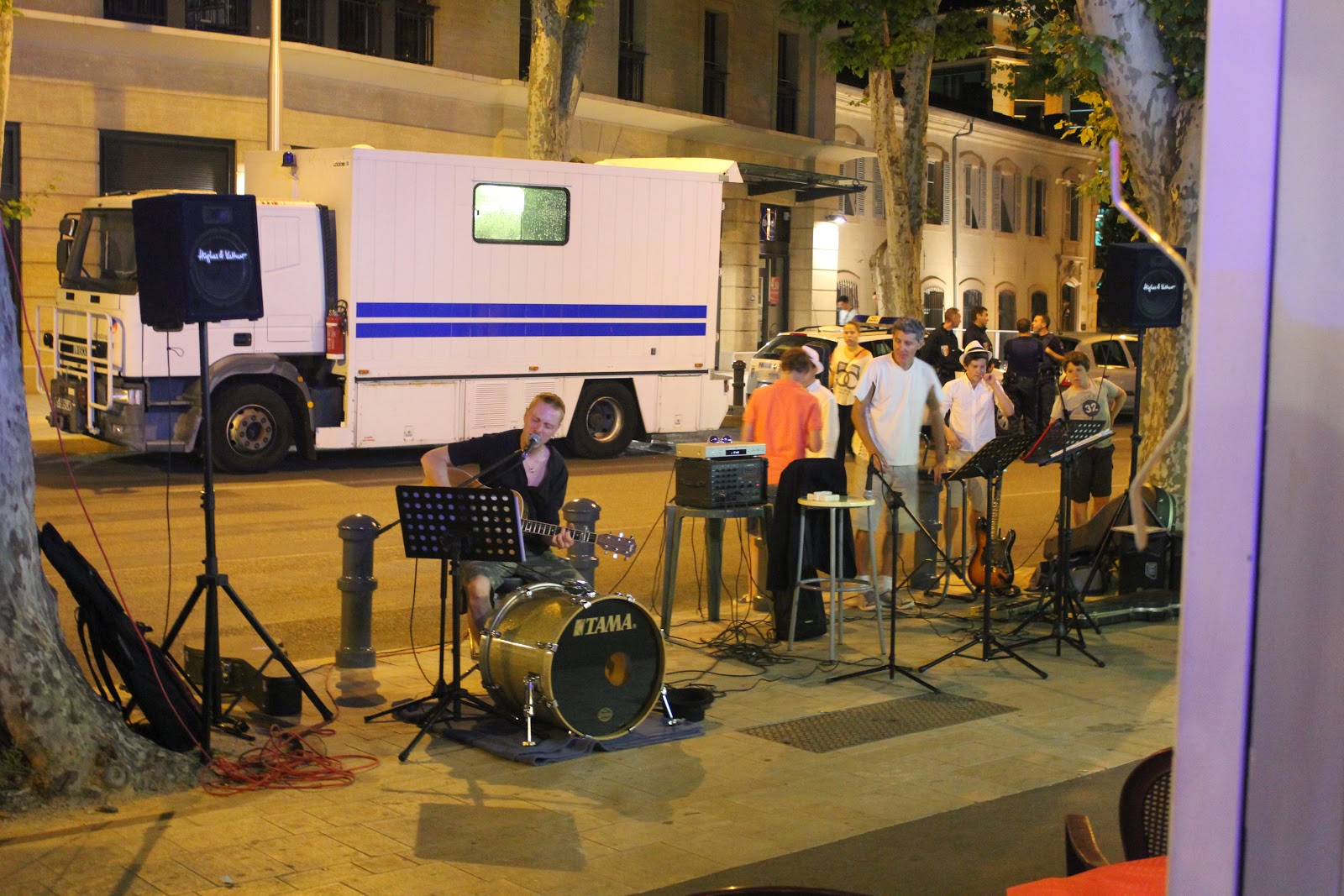 And these guys were doing samba music: 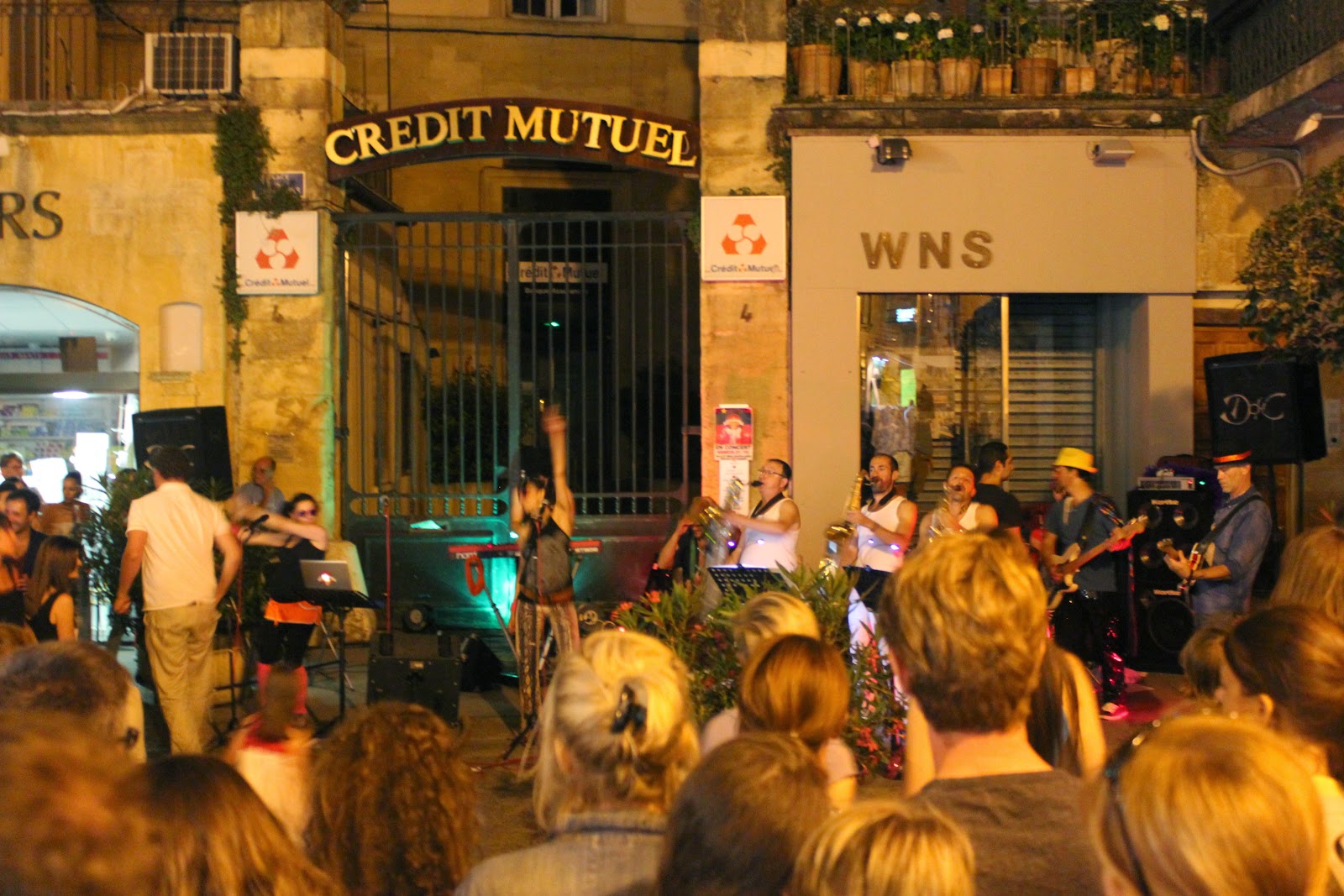 Needless to say, it was an interesting cultural experience and a very fun night.

The next day, Sunday, the tour group was going to a museum that didn't sound very interesting so we struck off on our own to check out the Pont du Gard, the highest of all Roman aqueduct bridges and one of the best remaining.  I often forget how much Roman stuff exists outside of Italy, and how close we are to Italy, so this was a welcome surprise when we found it in the guide book.  While I regret still not having ever seen the Mediterranean when we were 45 minutes away from it, heading north also meant 45 minutes less of a drive home instead of 1.5 hours more.

Our trip started with some more modern Italian engineering as the local Ferrari club passed us on their Sunday fun day.  I saw more Ferraris in this group than I had ever seen before moving to Europe.  While French highways have a speed limit of 130km/h (~80mph), they also have big signs announcing every speed camera.  I'll bet these guys are pretty good at spotting the signs. 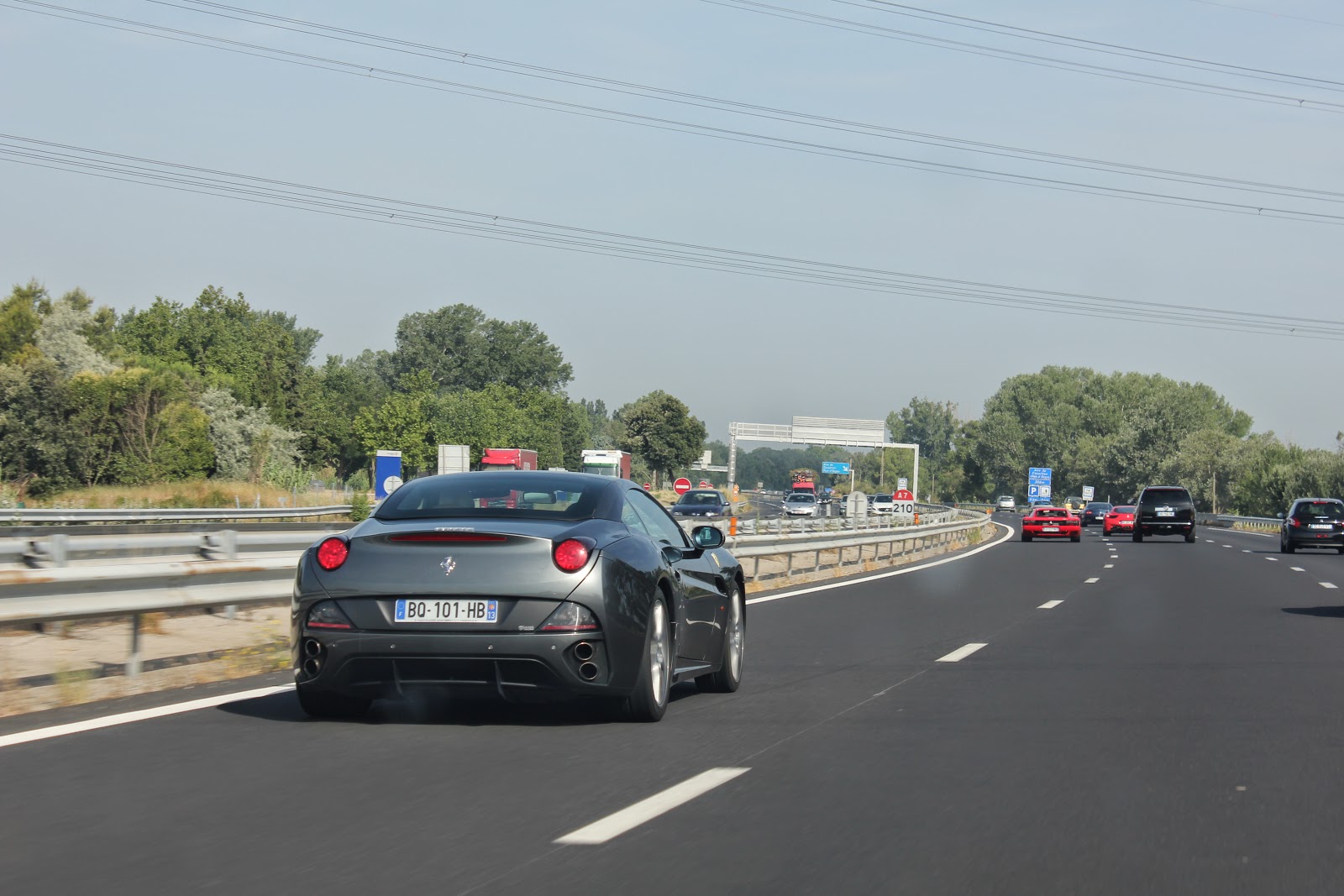 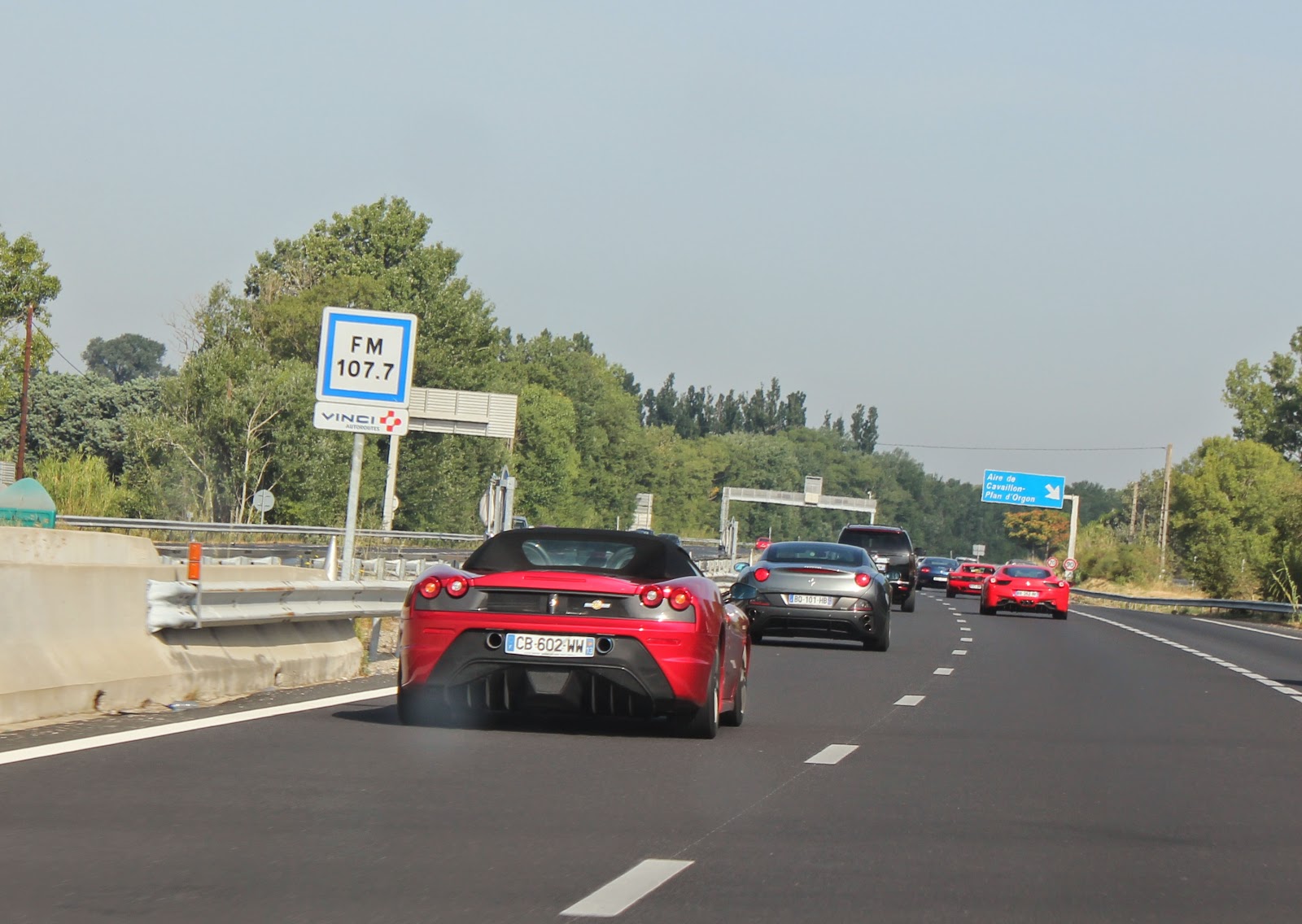 While the journey was fun, the aqueduct was really impressive in its own right.  It's a massive structure and it blows my mind that this aqueduct was just built to carry water 30 miles from the spring to the town.   The water runs across the top of the arches, which is almost 150' high.  The smooth yellow part in the front has been refurbished over the years, formally as a toll bridge and now as a pedestrian bridge.  The whole area is a UNESCO world heritage site and also offers hiking all through the area and swimming in the river. 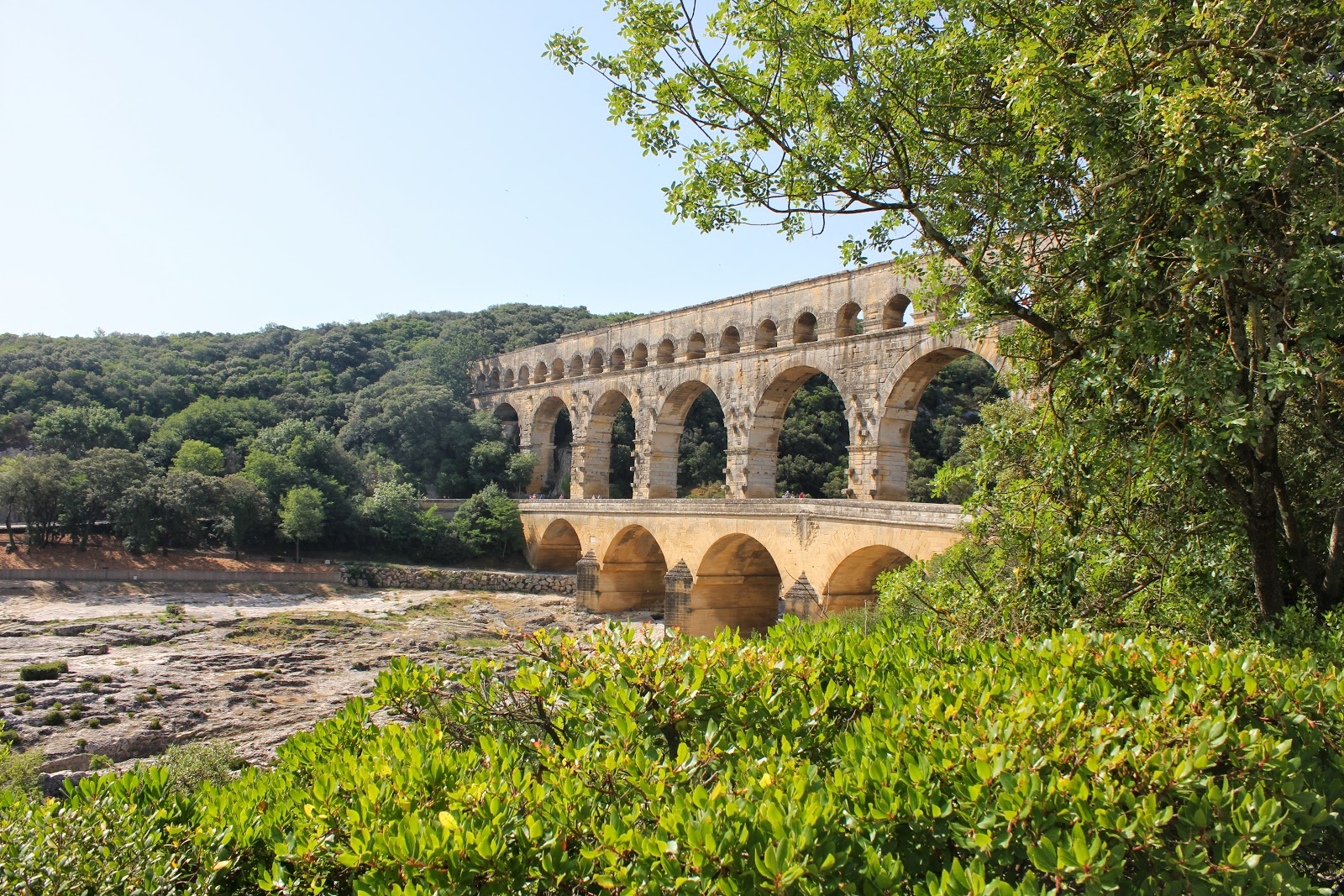 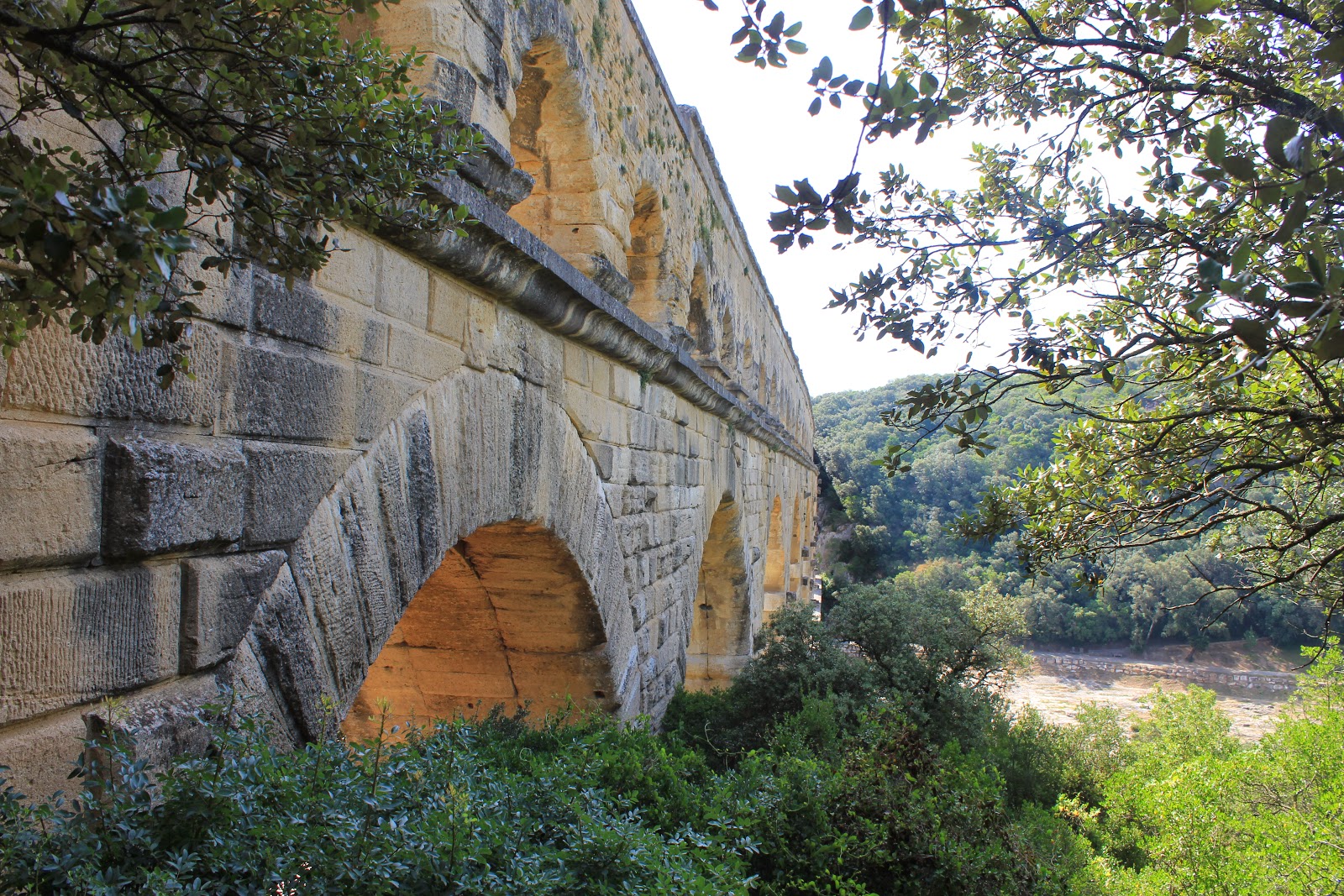 View from the pedestrian bridge. 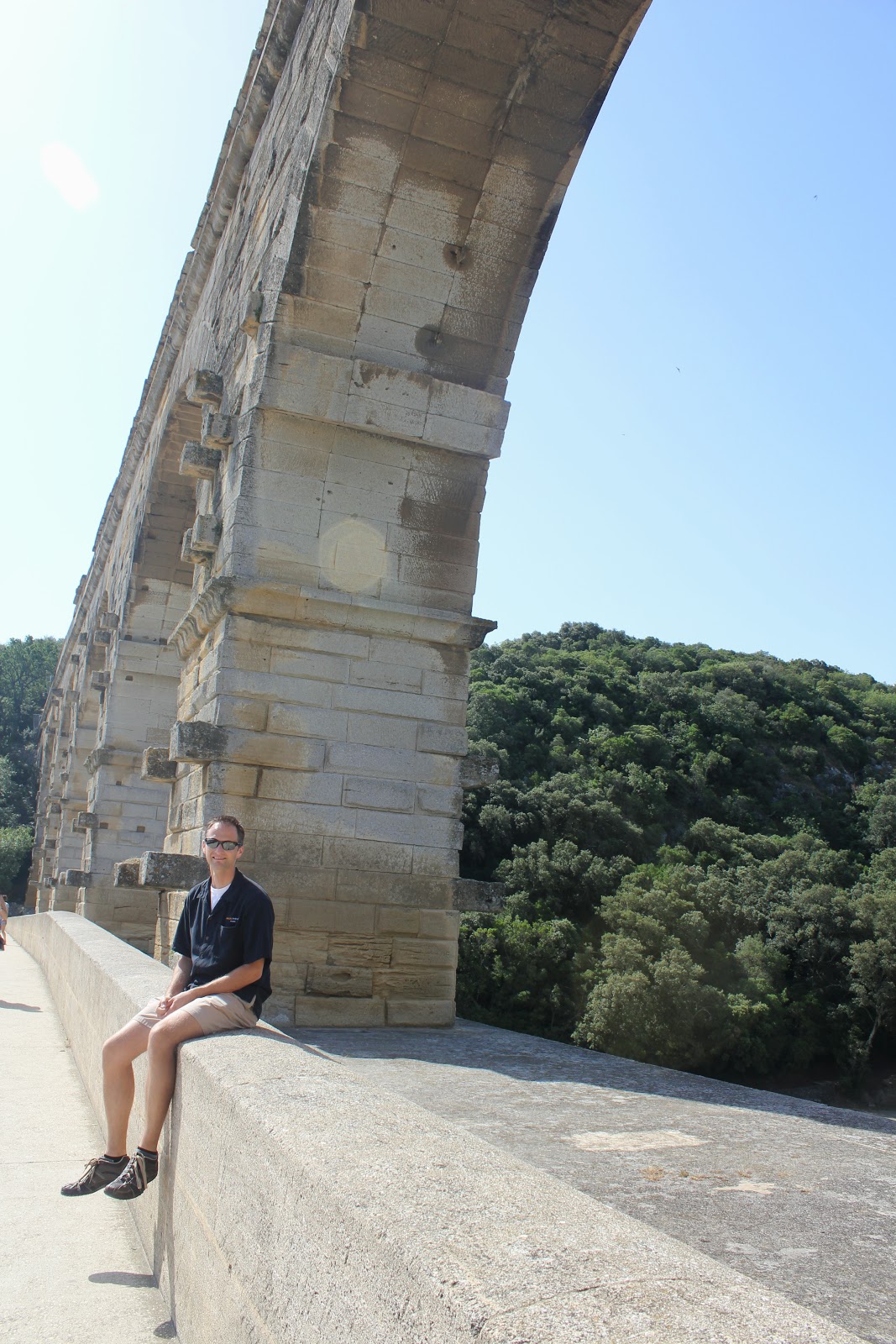 We hiked up the hills on both sides because it was a beautiful day.  Here's the view from about halfway up the hill looking down on the pedestrian bridge.  It's almost totally separate from the aqueduct. 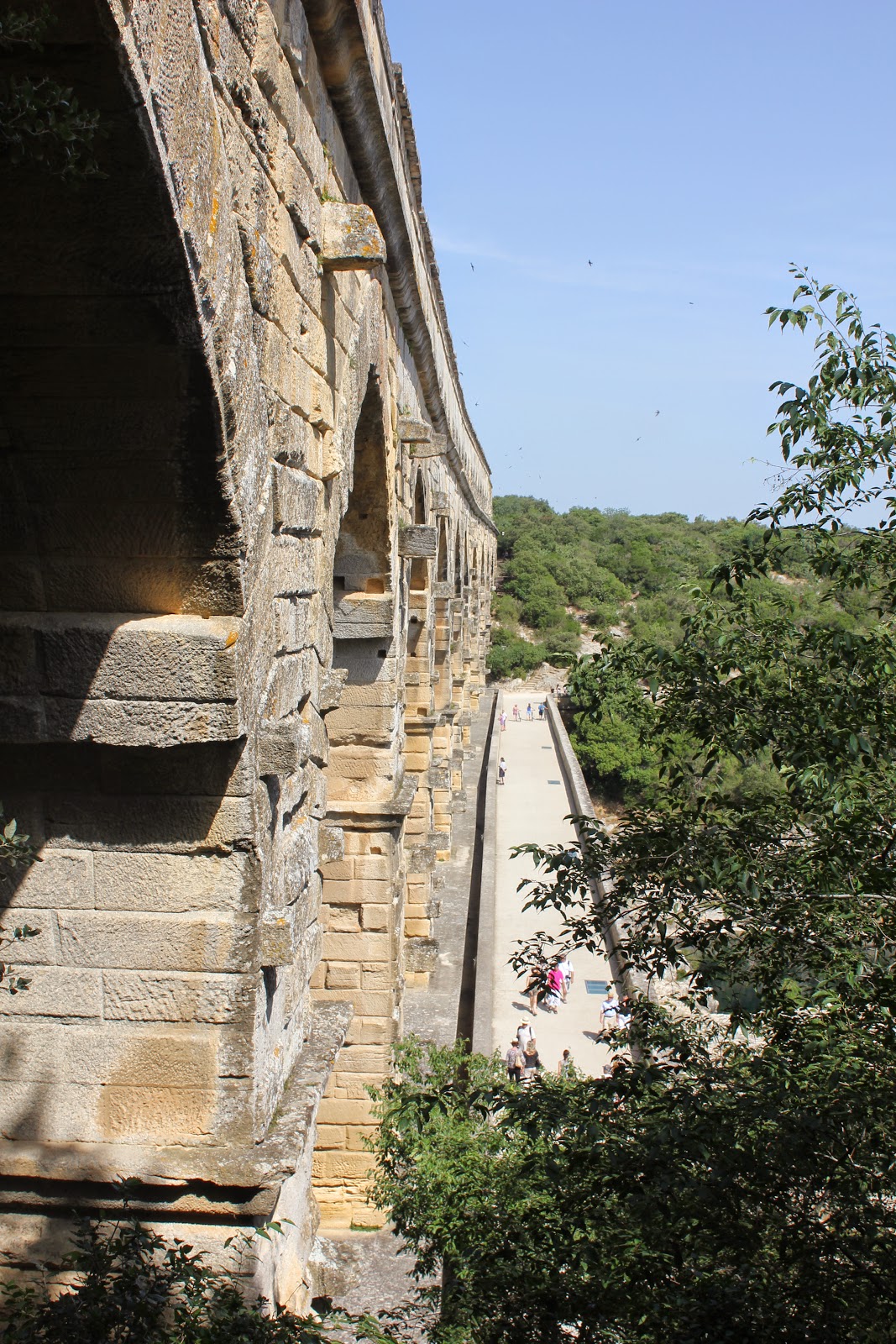 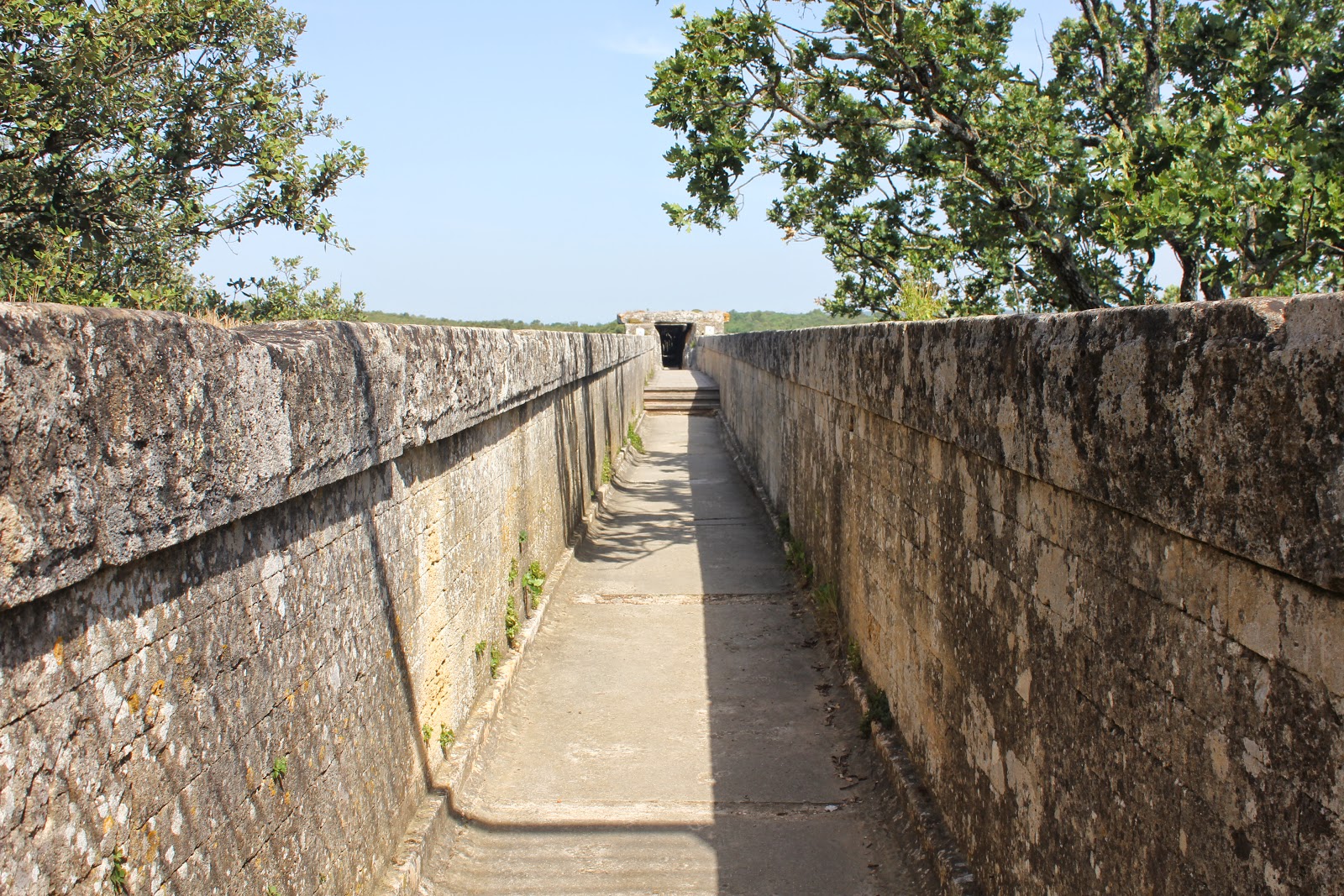 That's enough Wikipedia facts; you can go there if you want to read more.

All in all it was a wonderful trip and a great chance to see an old friend.  I'm not sure if this is a threat or a promise, but if anyone else is coming to Europe, we are always happy to travel out of Germany to see you! 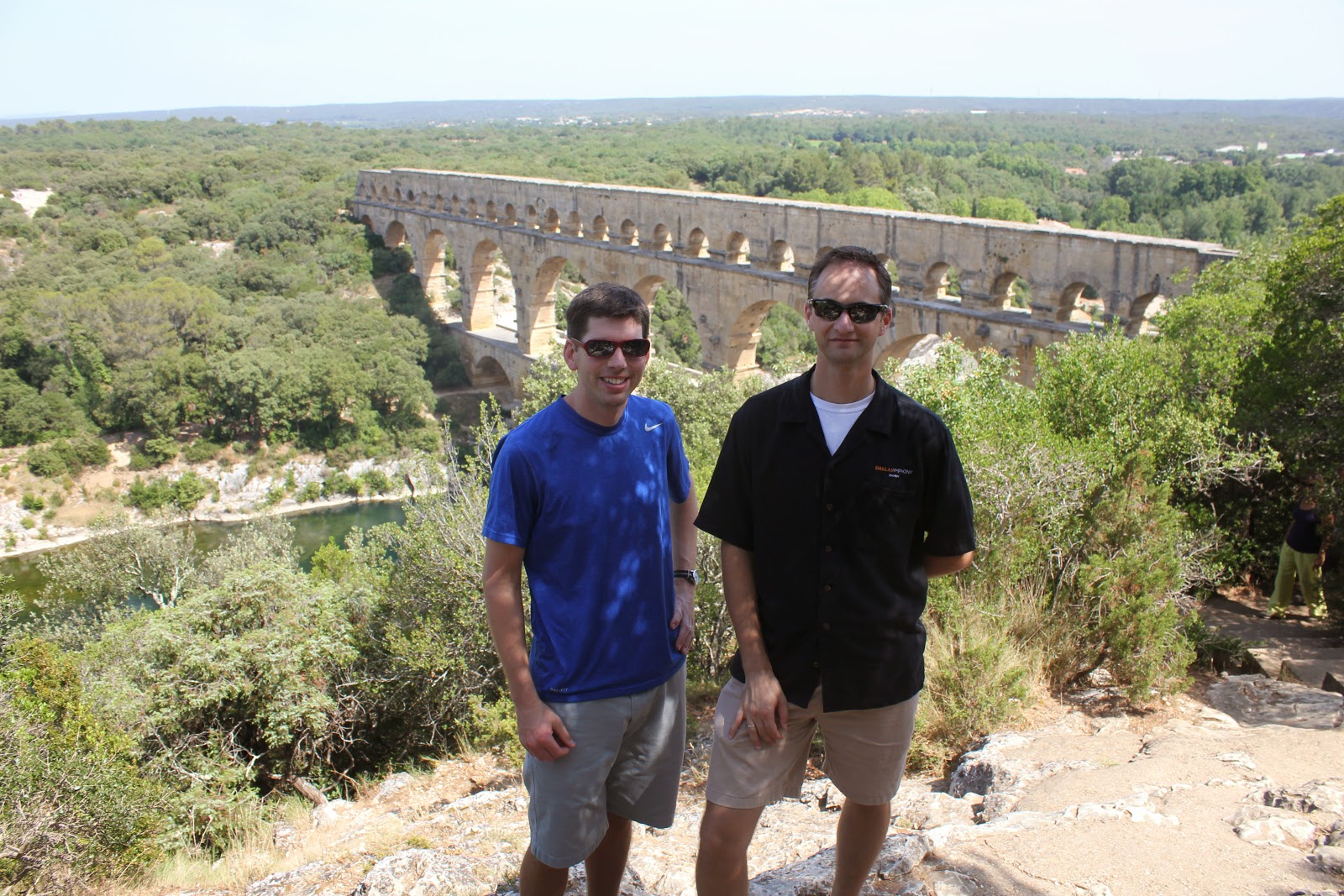 Posted by matthendren at 2:58 PM