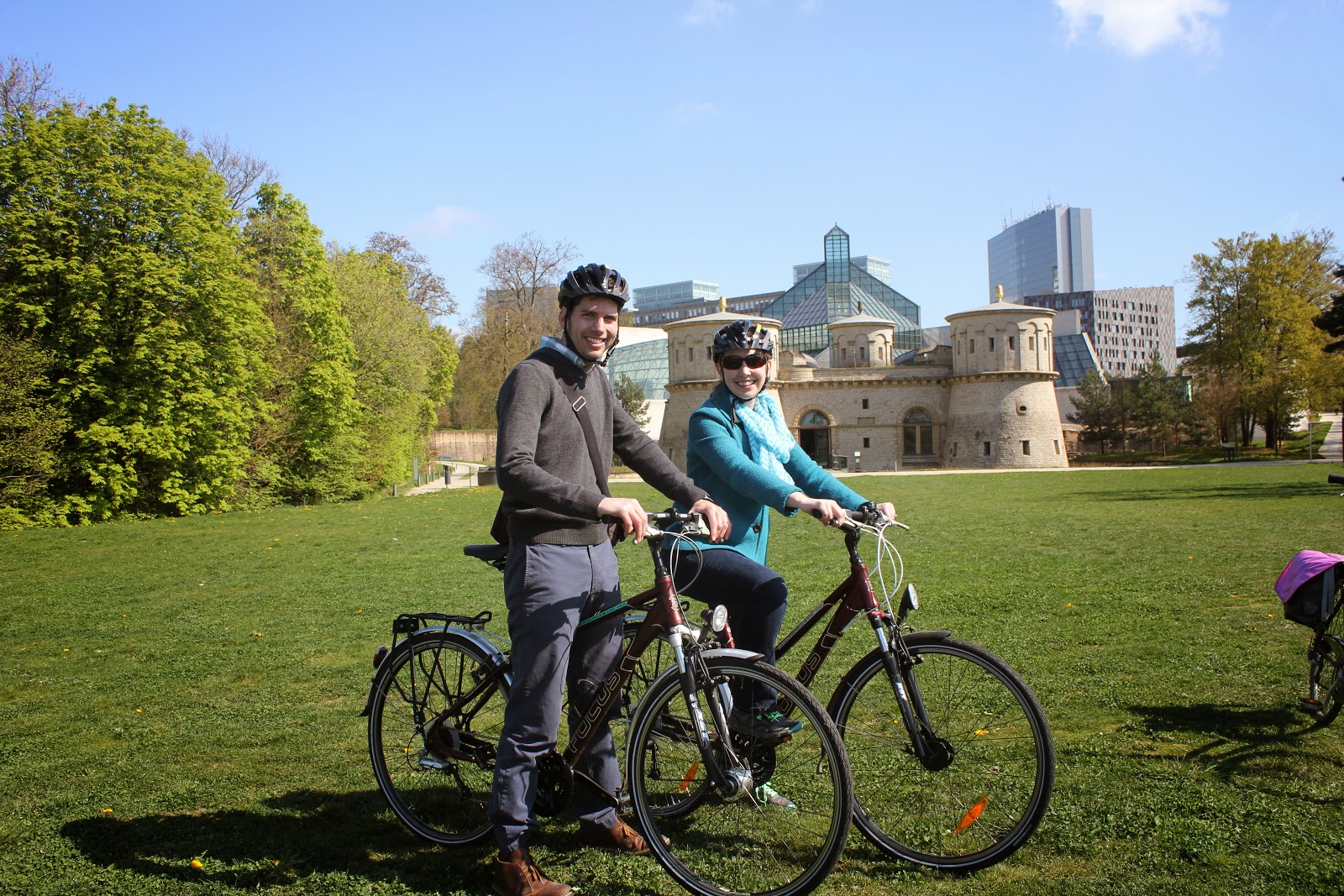 Now Part 2 of our quick Luxembourg trip. (Yup, I never finished this post ... so you are finally getting it today!)
On a whim Kristin decided to inquire about a bike tour of Luxembourg (the city) with Feel! Bike Tours.  It was a beautiful day and we were the only two people on the tour, so we learned a lot about the history and asked a lot of questions.  The city is small and compact, so we were able to see most of it in the few hours but there were some hills to conquer as we rode around. The tour was a total bargain...we'd highly recommended it.


We started in the Grund, at the bottom of the valley, which is one of the oldest parts of the city. 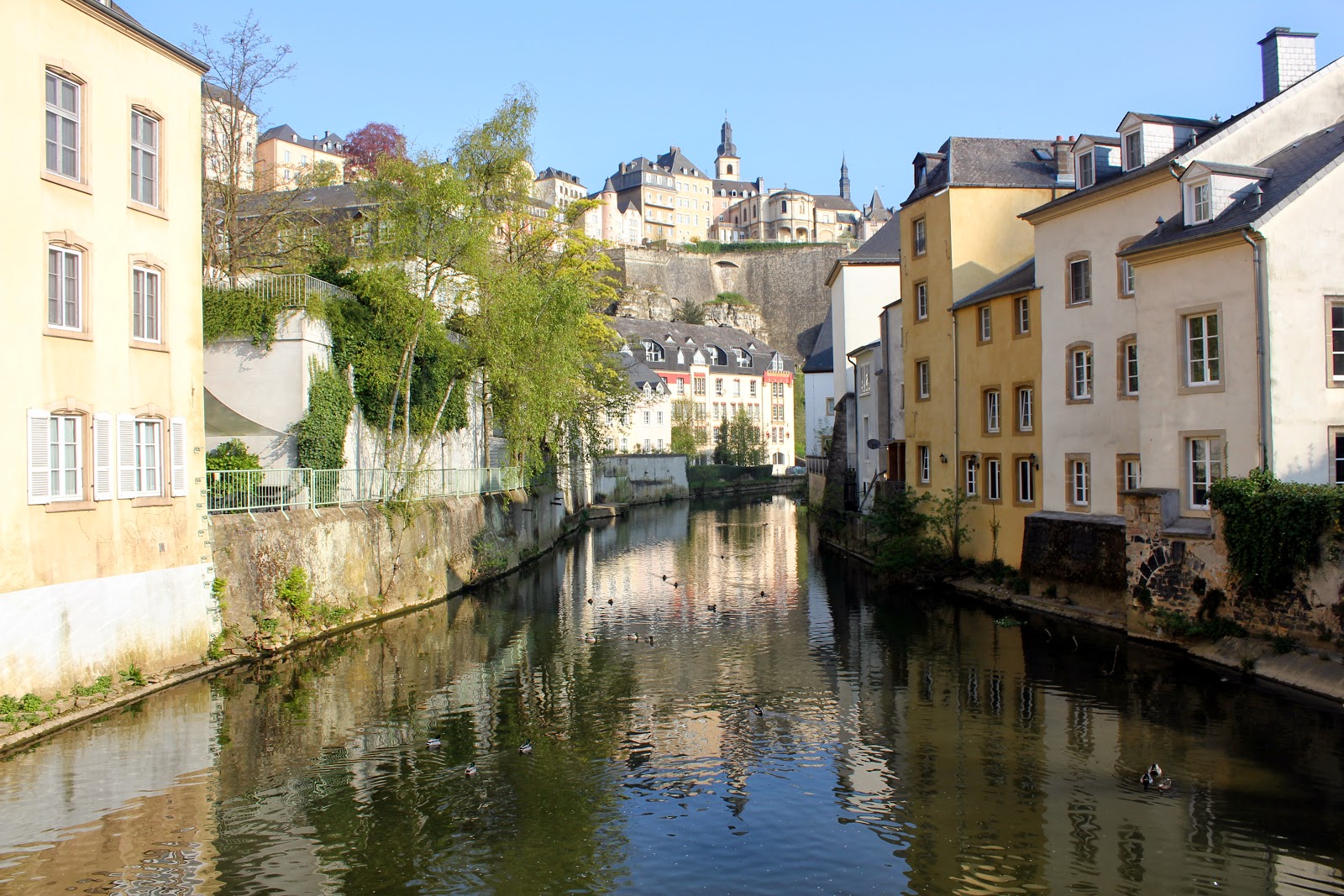 From there we headed through the valley.  It was green, lush and beautiful.  (Although Kristin spent the entire ride worried about the hill she would need to ride up to get to the newer part of the city.)

Kristin survived the hill (barely) and was rewarded with a great view of the valley. 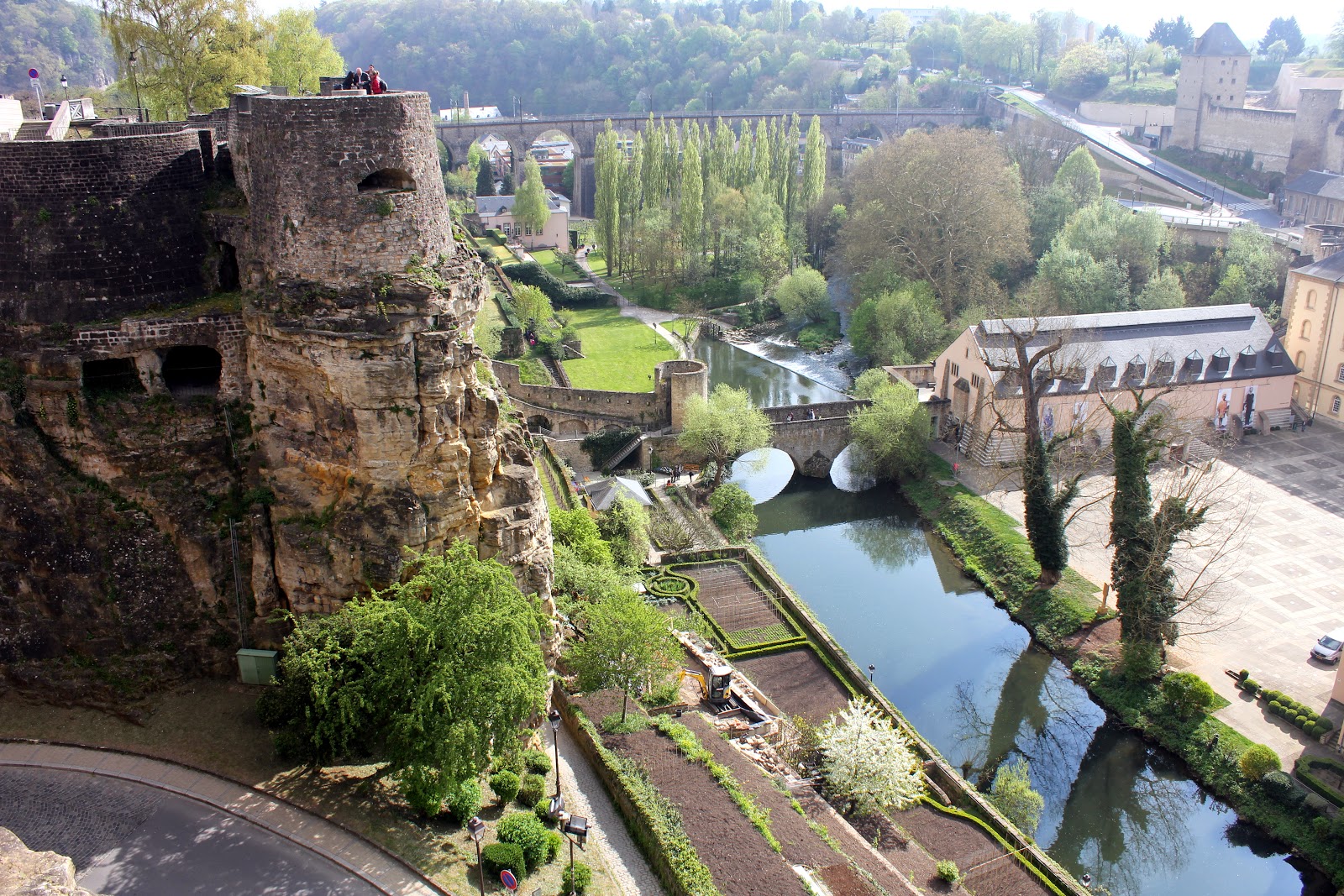 Large parts of the walls of the city of Luxembourg have been destroyed or removed, but some structures still remain.  The walls incorporated miles of tunnels that allowed citizens to move across the city, even in times of attack.  Small parts of the tunnels are open for tourists year round, but certain parts are open for special events.  We can't wait to get a subterranean tour of the city the next time we visit.

We then took a ride through the newer part of the city, and checked out the grounds for the modern art museum.  The museum is located near parts of the fortified walls. 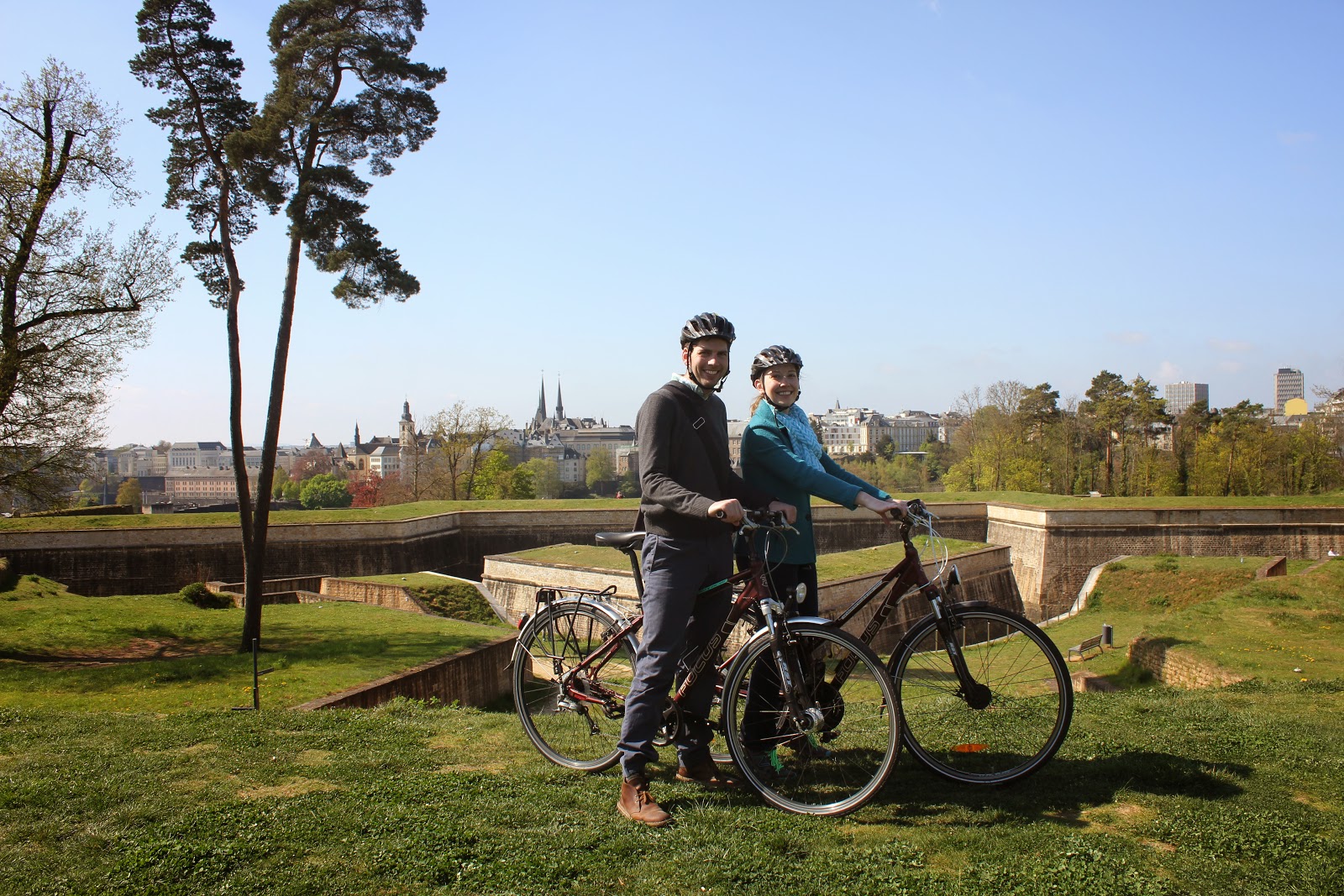 After a quick stop at the monastery turned prison turned event space in the lower part of the city (which had a great view of the city wall), we headed to France! 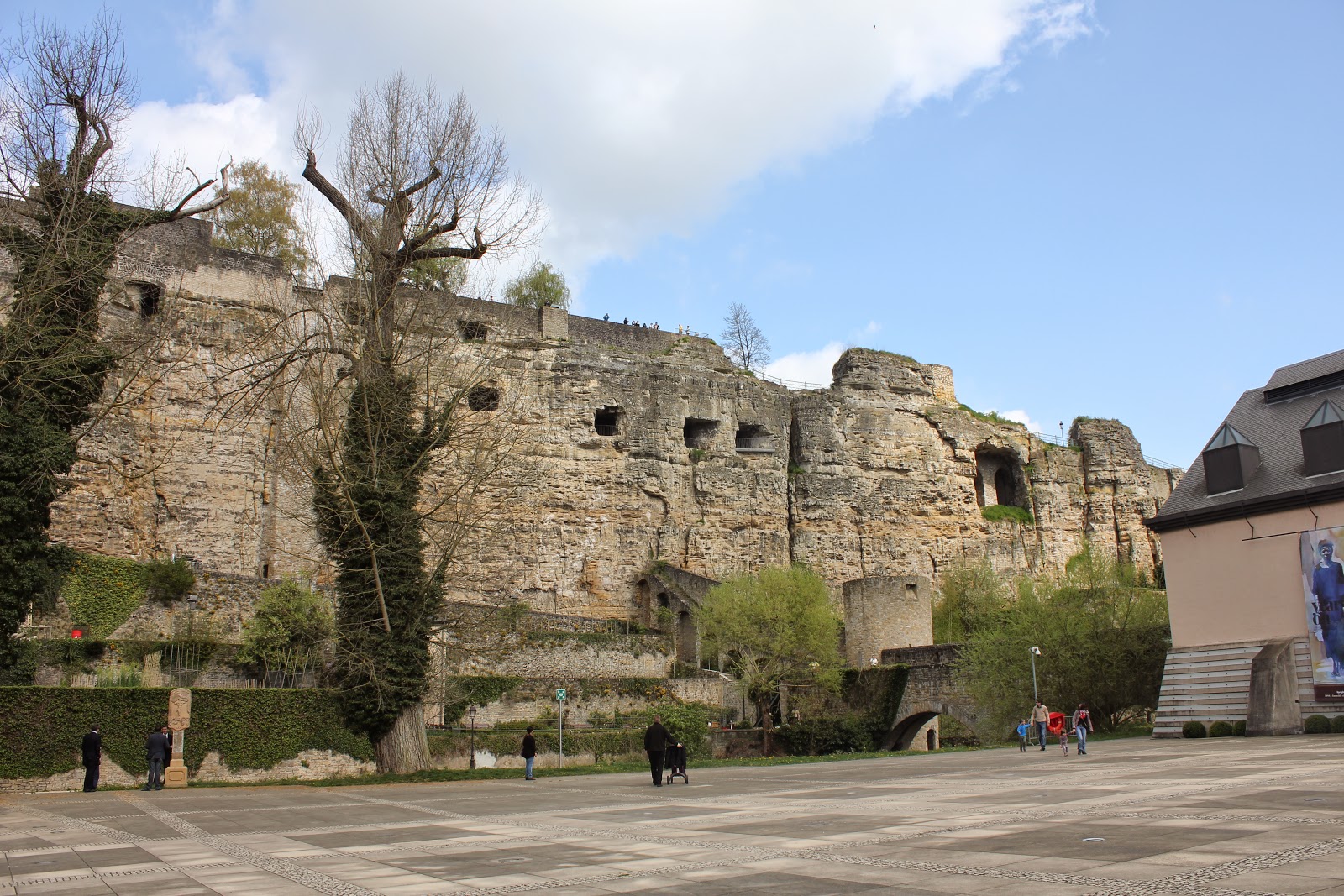 It was getting late in the afternoon so we made a quick pitstop to grab a bottle of wine and some tasty eats.  We took our picnic lunch to the side of a nearby river for a much needed break.  We drove through the Alsace region of France, which is important both for its politically strategic location as well as all of the wine it produces. 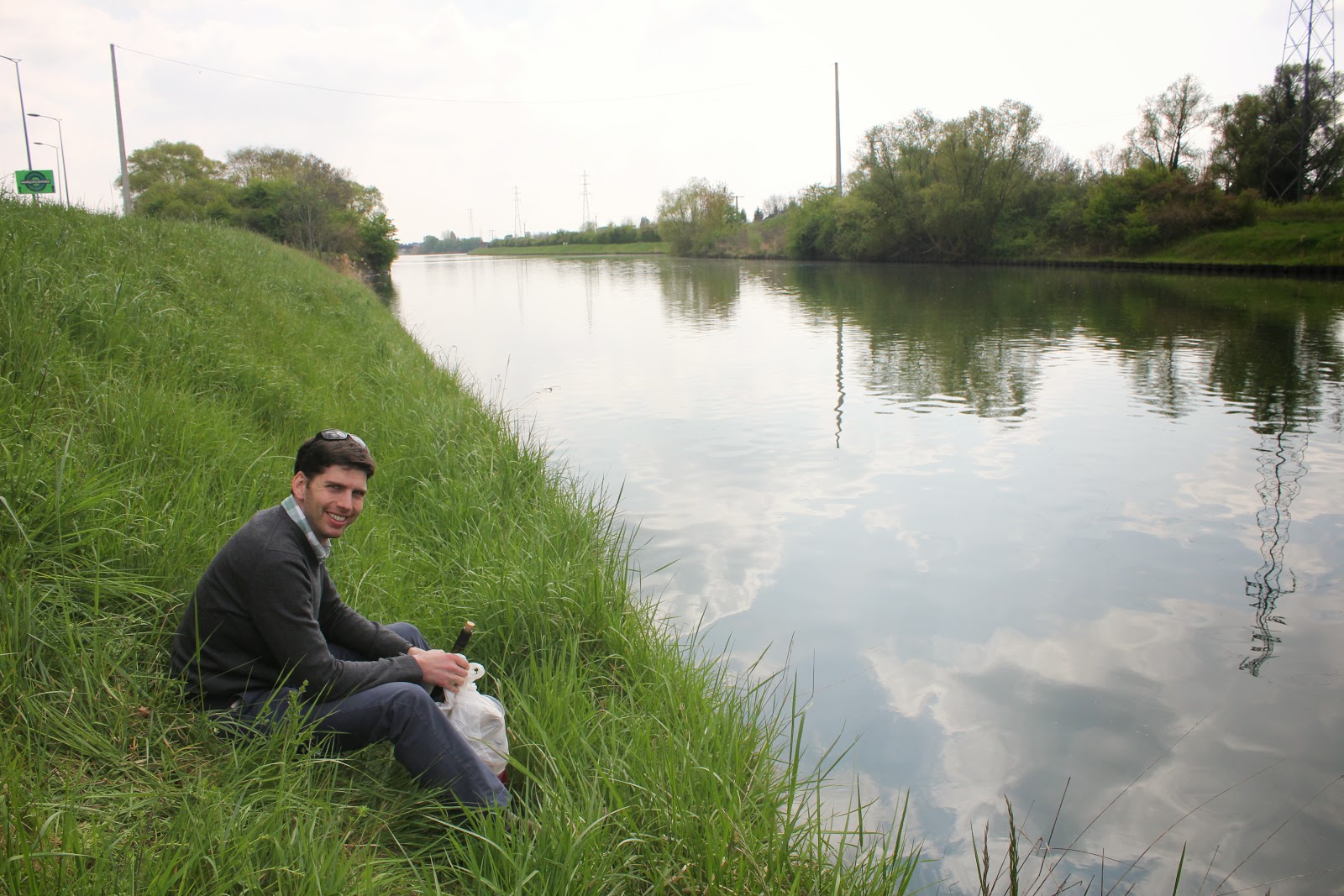 We'd noticed through France and Germany that there were a lot of fields with vibrant yellow flowers this spring, so we decided to take a closer look. 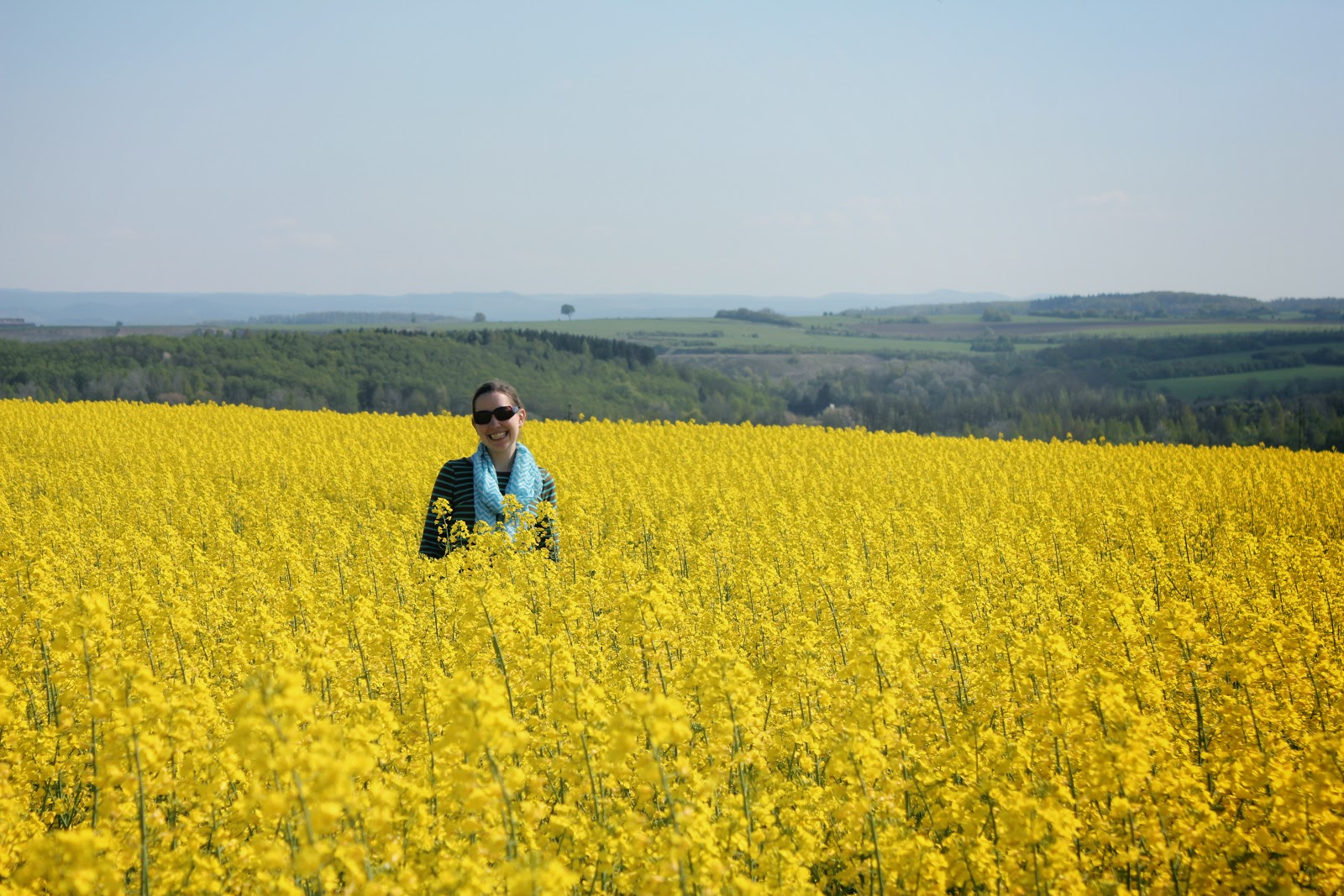 The flowers are used to make canola oil -- and will leave you covered in pollen if you venture out into the fields.  Kristin was a bit yellow for the rest of the afternoon.  But all of the color made the drive through France especially pretty.

Our last stop on our weekend adventure was Strasbourg, France.  Strasbourg is home to the 6th largest cathedral in the world.  Construction was begun in 1015 and wasn't completed until 1439.  It is the highest still-standing structure built entirely in the middle ages. 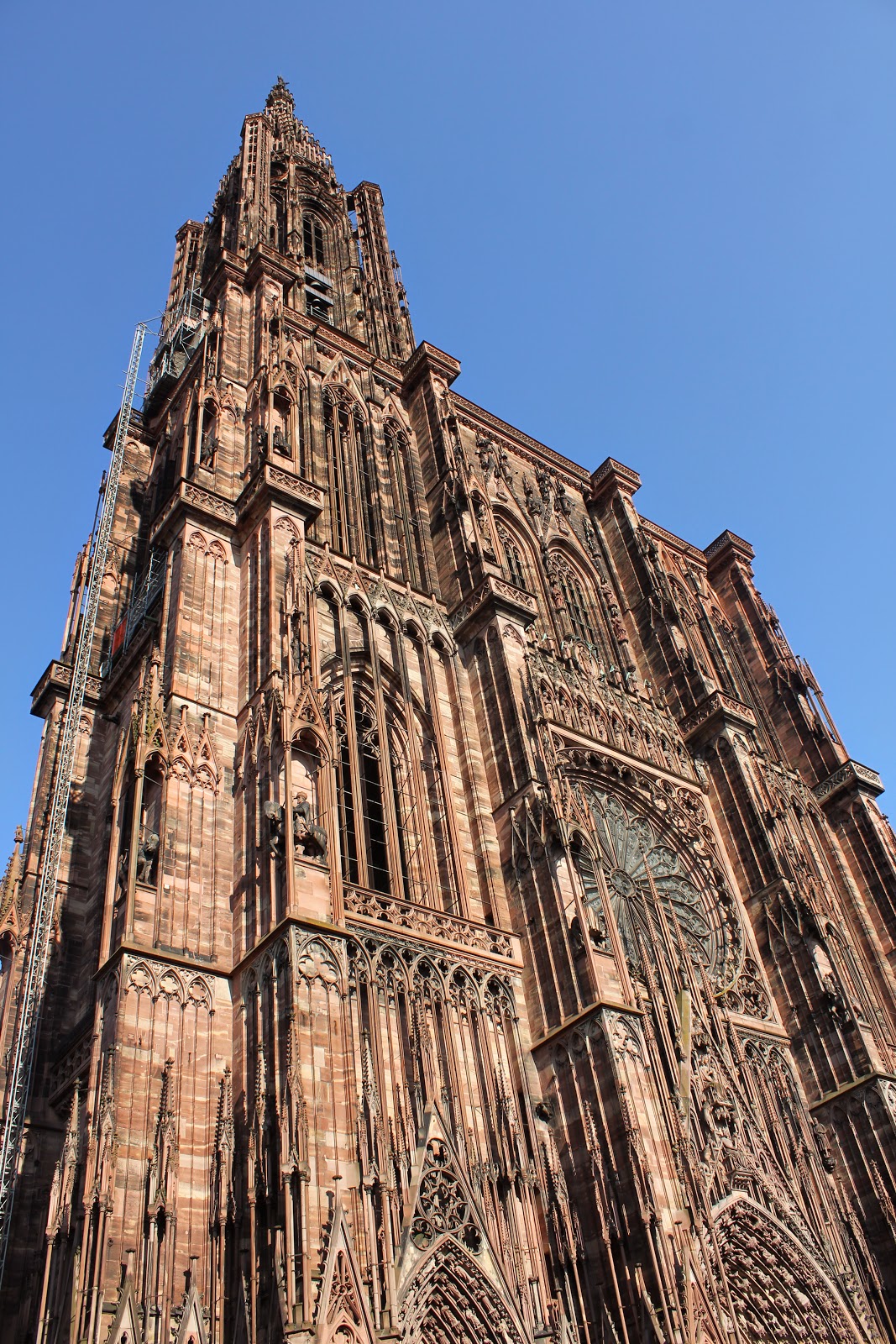 The cathedral is massive -- but tucked into the middle of the city, very close to old half-timber-style buildings.  It is very difficult to just get a picture of the cathedral, since its scale is so large and the city has developed so closely around it.  Luckily it's only about an hour from Stuttgart so we're hoping to go back soon. 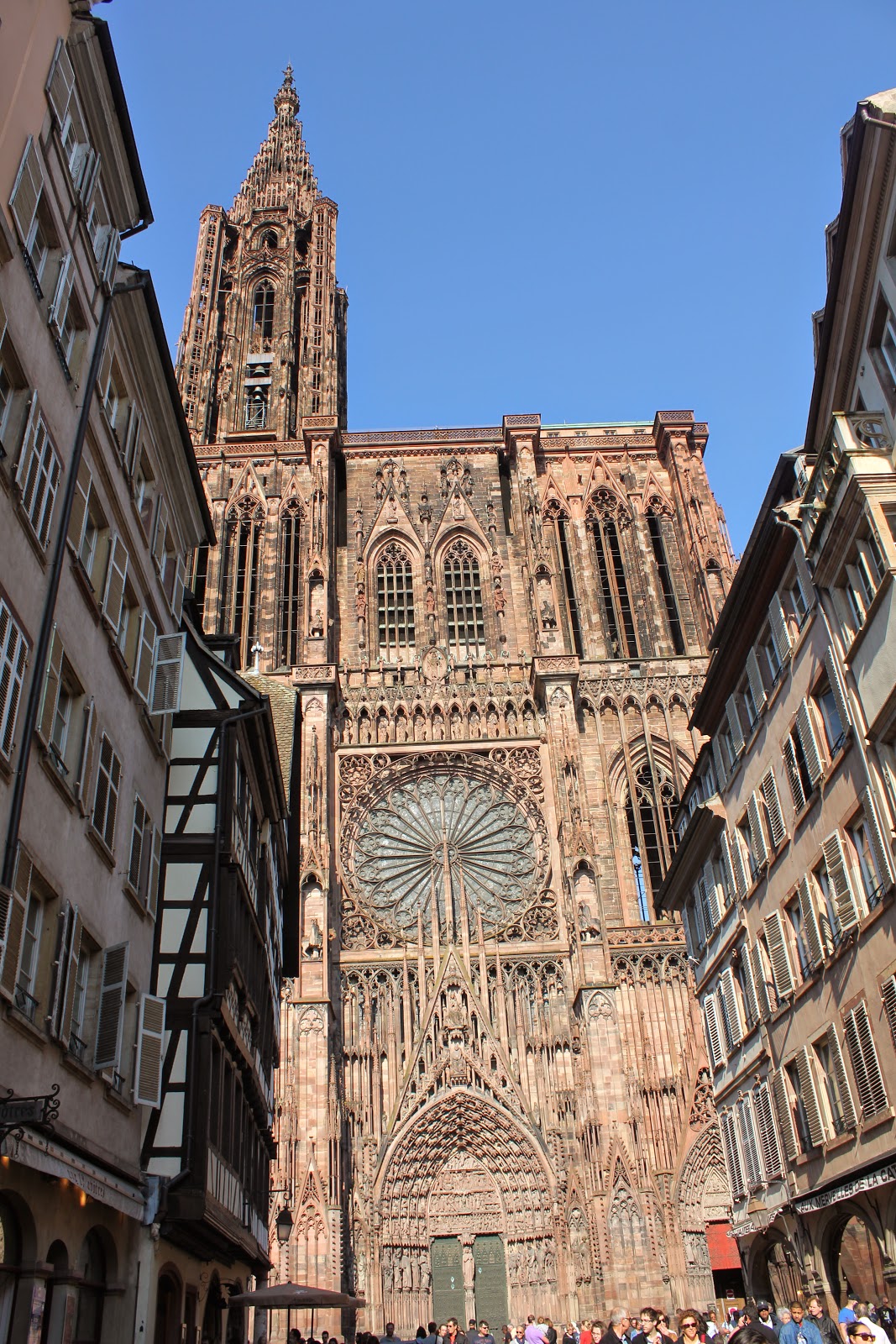 Posted by Kristin Hendren at 3:36 PM