We hit the slopes of the picturesque Lech, Austria for our first European skiing adventure.  We are so lucky that within a 3 hour drive of Stuttgart we have so many amazing choices for skiing in the Alps.
We rented our gear at the outdoors shop on base, so we were able to hit the slopes early on Sunday morning.  All the slopes are pretty much above the tree line, so it is a much different experience than skiing in the U.S.  ﻿It gets pretty windy, so the chair lifts have bubbles on them that you can lower.  Most of the chair lifts are 4-8 people, so the lines are really short (if any).   ﻿
﻿

BMW sponsors these cool photo stops near some of the lifts.  You just scan your ticket and it will start a timer to take a picture of you.  Makes it a lot easier to get a shot of both of us enjoying the views.

It's a lot less crowded than skiing in the states.  At some points there wouldn't be anyone in sight, so we had the wonderful views all to ourselves.

Lech is part of a much larger group of ski resorts in the Arlberg area, so we were able to ski a huge loop between the mountains called the White Ring.  It is pretty fun to have a series of trails to ski that lasts a few hours without any duplication of the runs.  The White Ring hits Lech, Steubenbach, Zurs, Zug, Oberlech and then finishes back in Lech.

Our first attempt to ski the White Ring got off to a false start when the gondola right next to our hotel to Steubenbach was closed due to high winds at the top.  An hour or so later it was open, so we tried again.  The gondola reached the top of a tall, shear cliff that overlooked Lech. There was one stomach turning moment along the way, but we made it.


We started skiing the very wide trails of Stubenbach.  I cannot explain how windy it was -- it was set-your-skis-going-straight-down-a-steep-hill-but-you-don't-go-anywhere -because-of-the-wind windy.  It was not Kristin's favorite moment of our trip.
﻿﻿

And then Kristin got even less happy.  The resort closed the t-bar lift at the base of the super windy run due to the wind.  So with nowhere else to go, we took our skis off and started our walk UP the mountain. 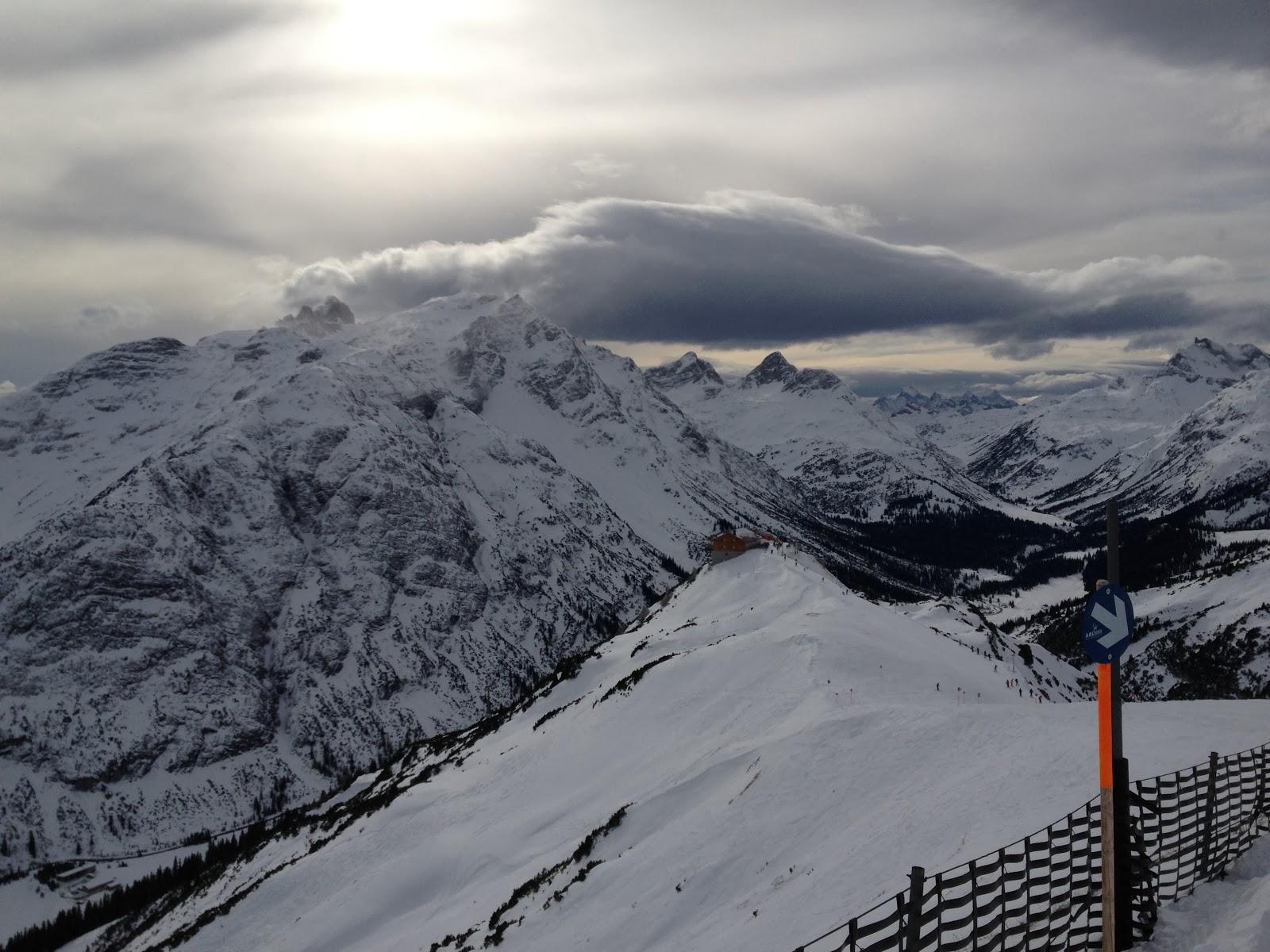 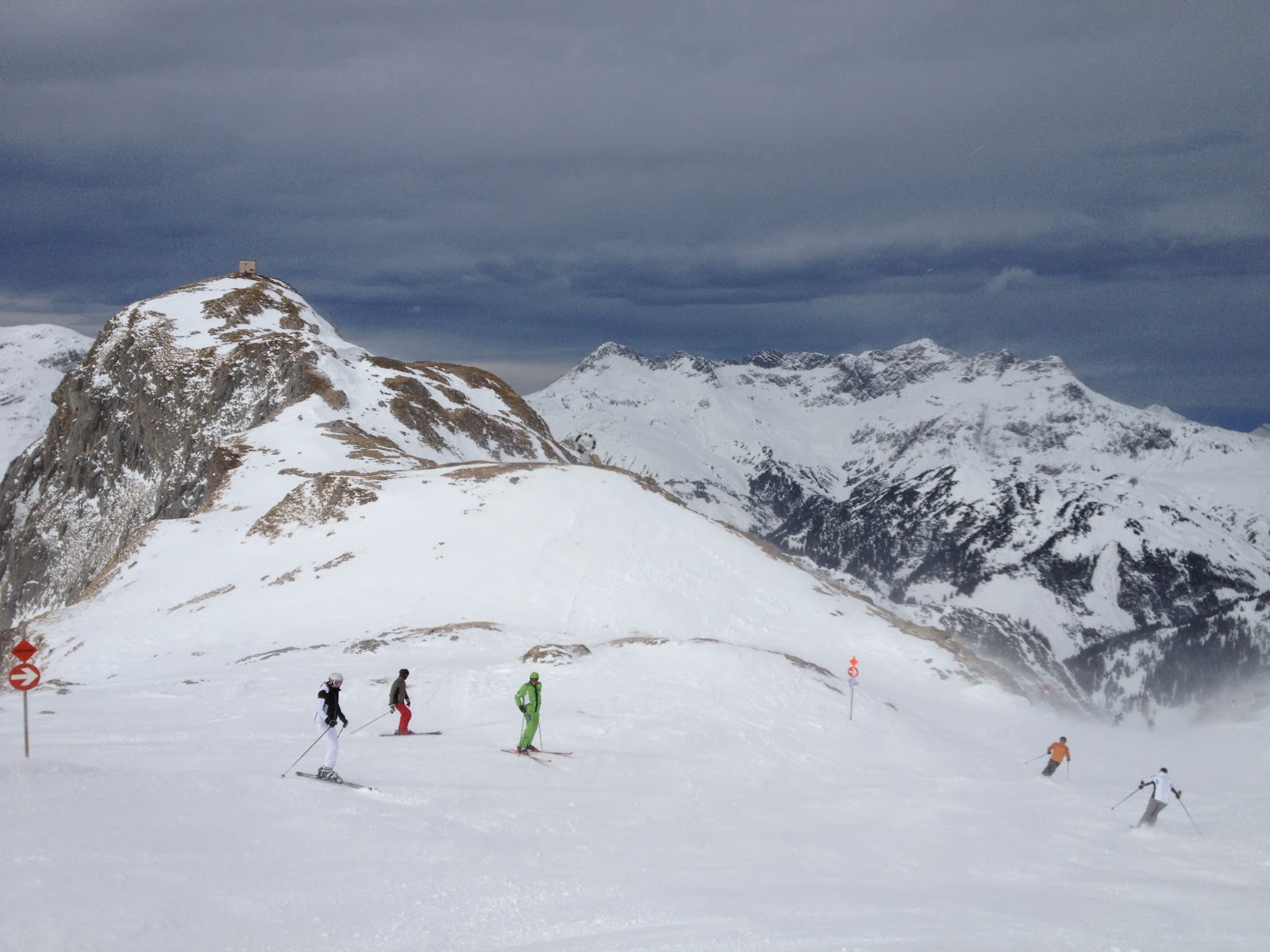 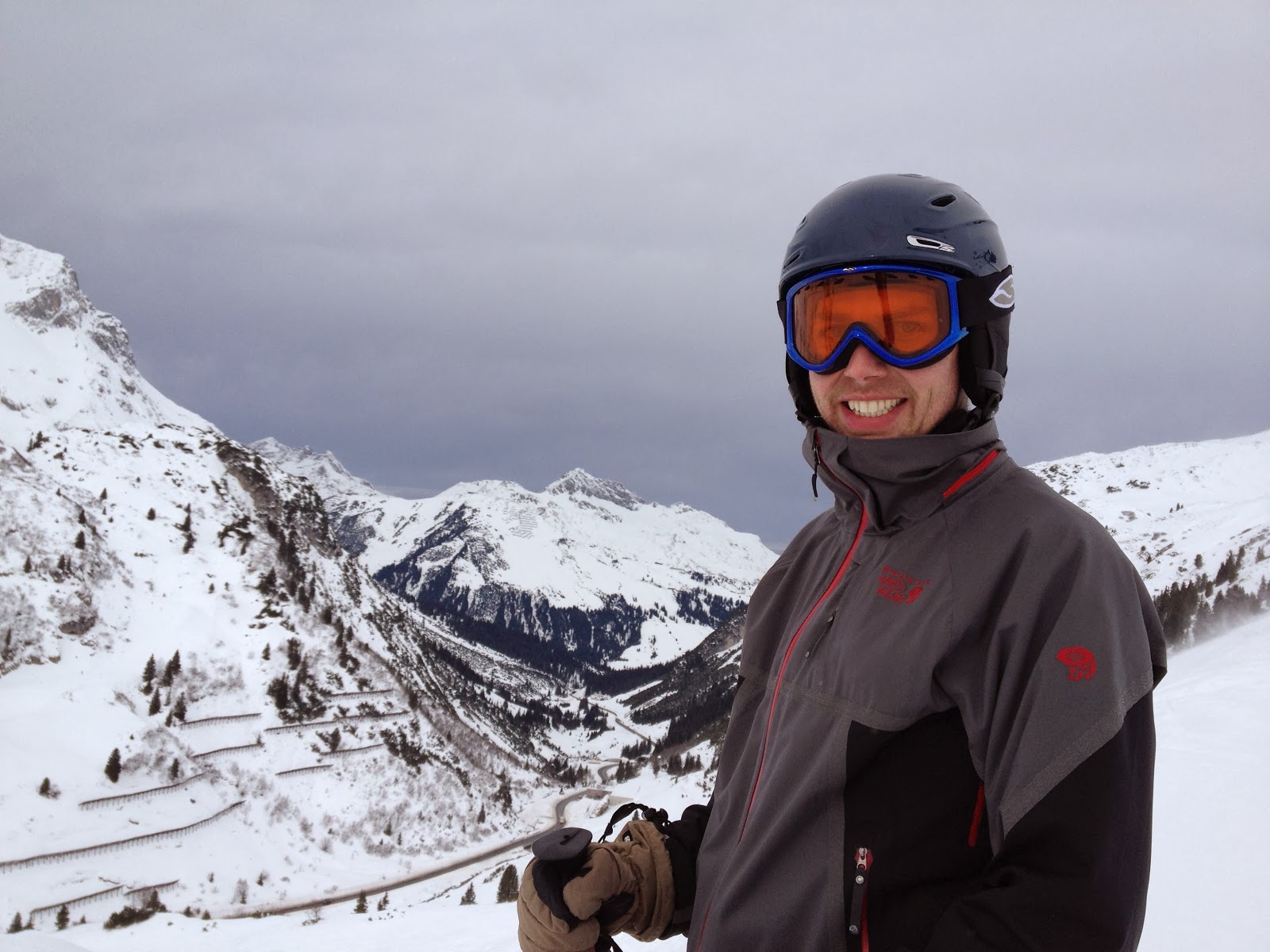 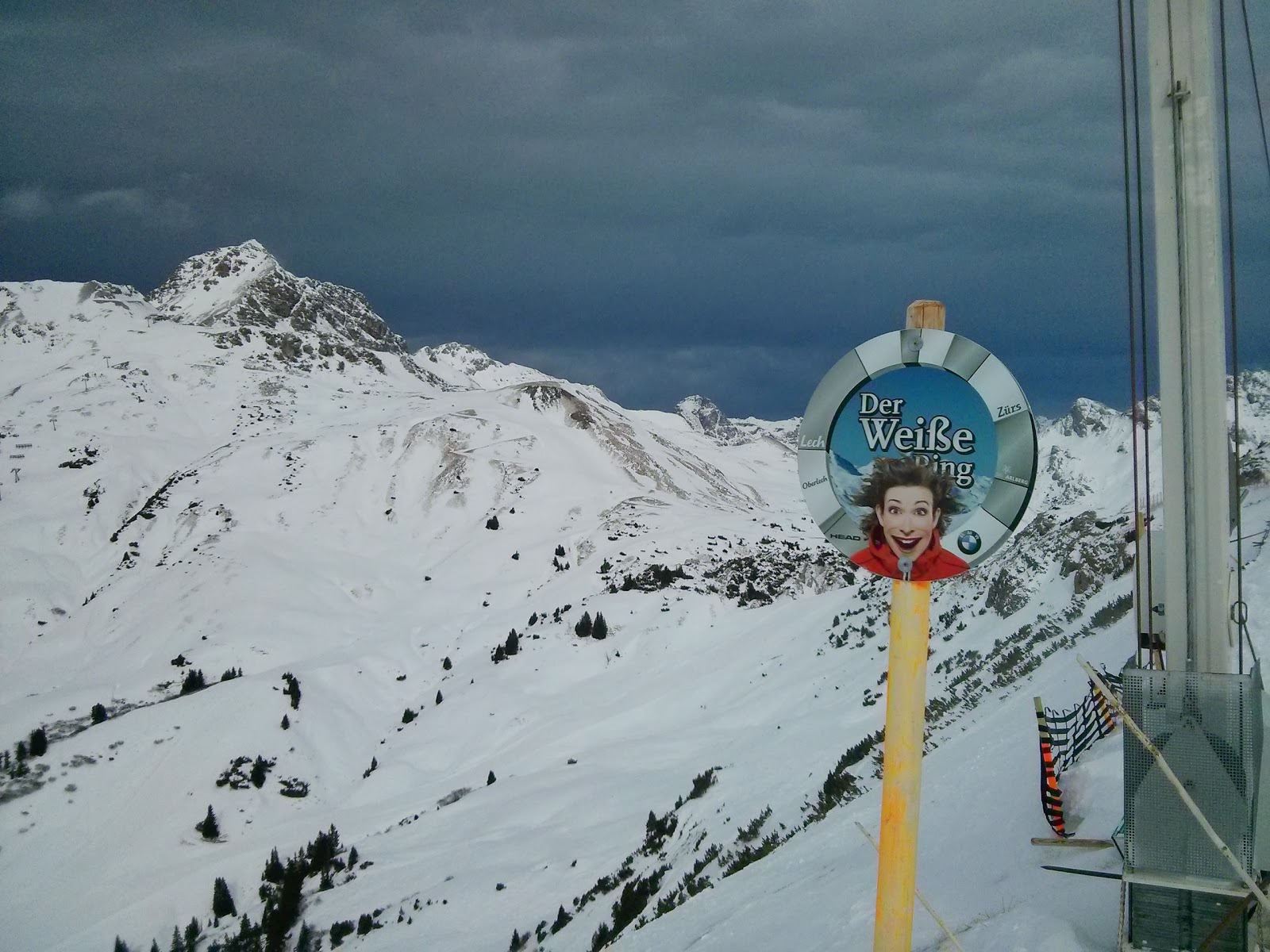 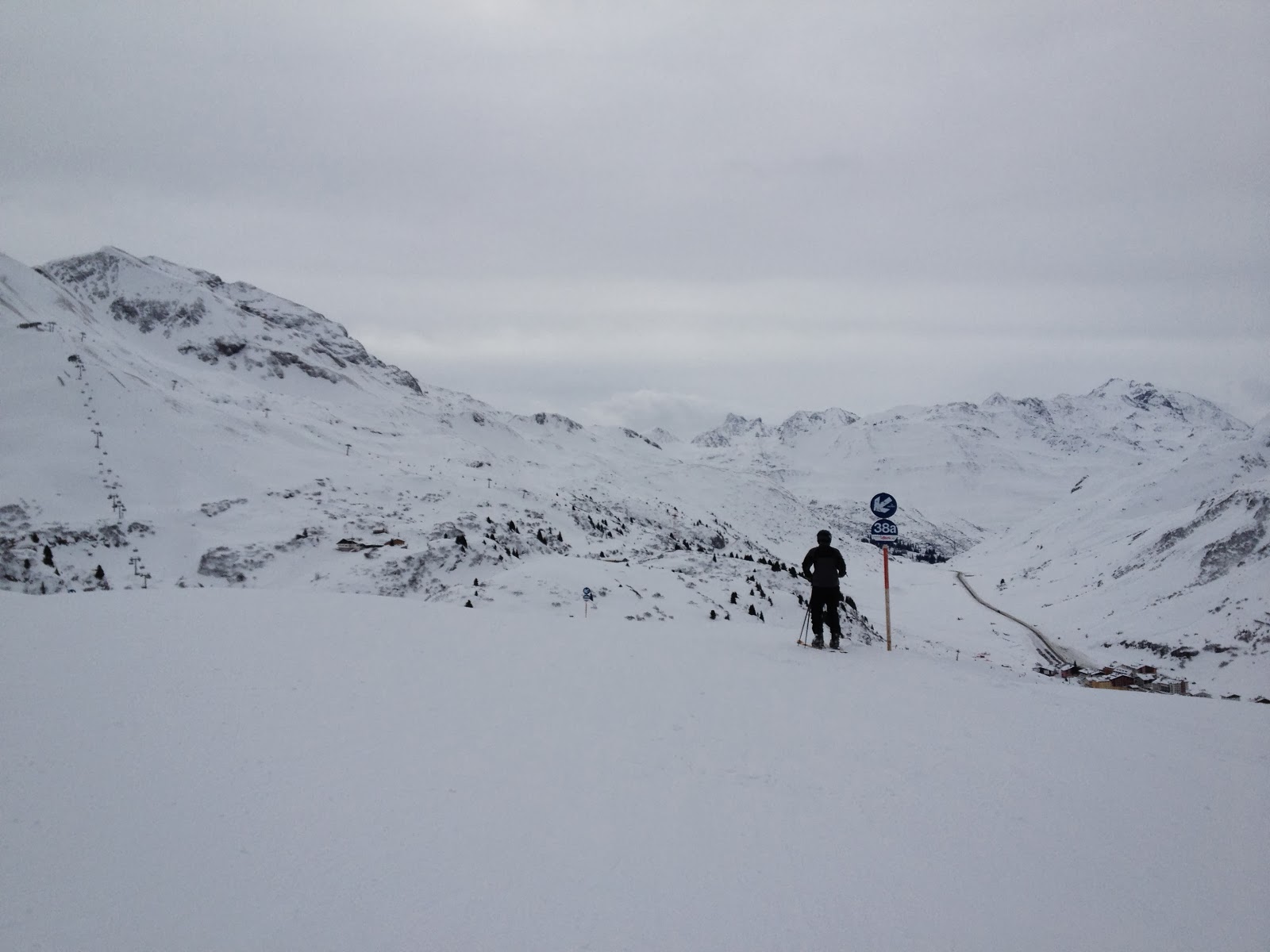 We stayed at the Hotel Schwarzwand in Lech.  Although the rooms definitely had an "old world charm," the food at the restaurant was fantastic.  Dinner was 6 pretty great courses.  We were worried that it would be traditionally heavy German/Austrian food, but it was much lighter, modern takes.  It was great after a long day on the slopes.  Our room was on the 3rd floor on the left, overlooking the Lech ski slopes.  They had a convenient ski storage room in the basement, and it was just a few minute walk to the lift.  The lovely woman at the front desk even will sell you your lift ticket. 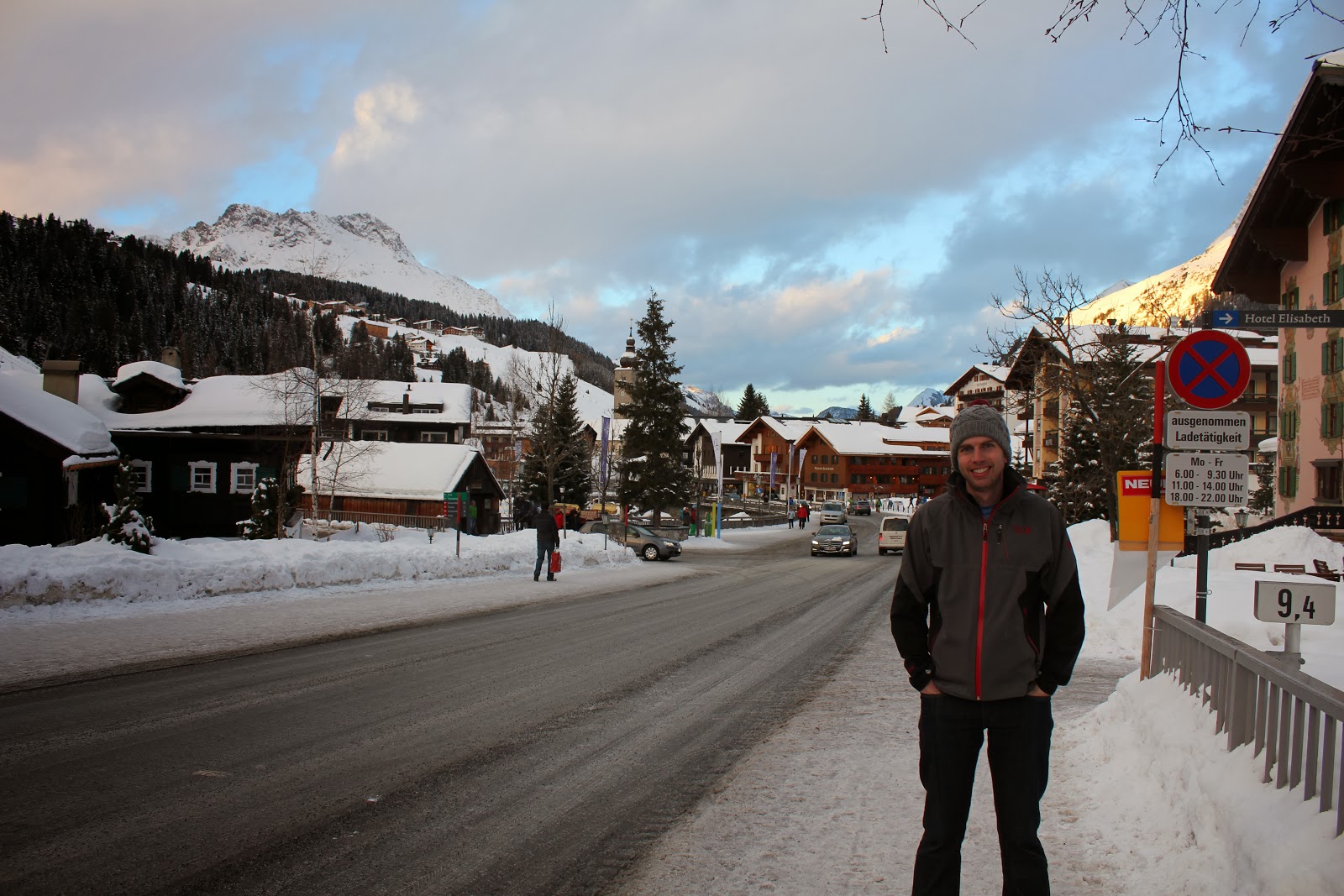 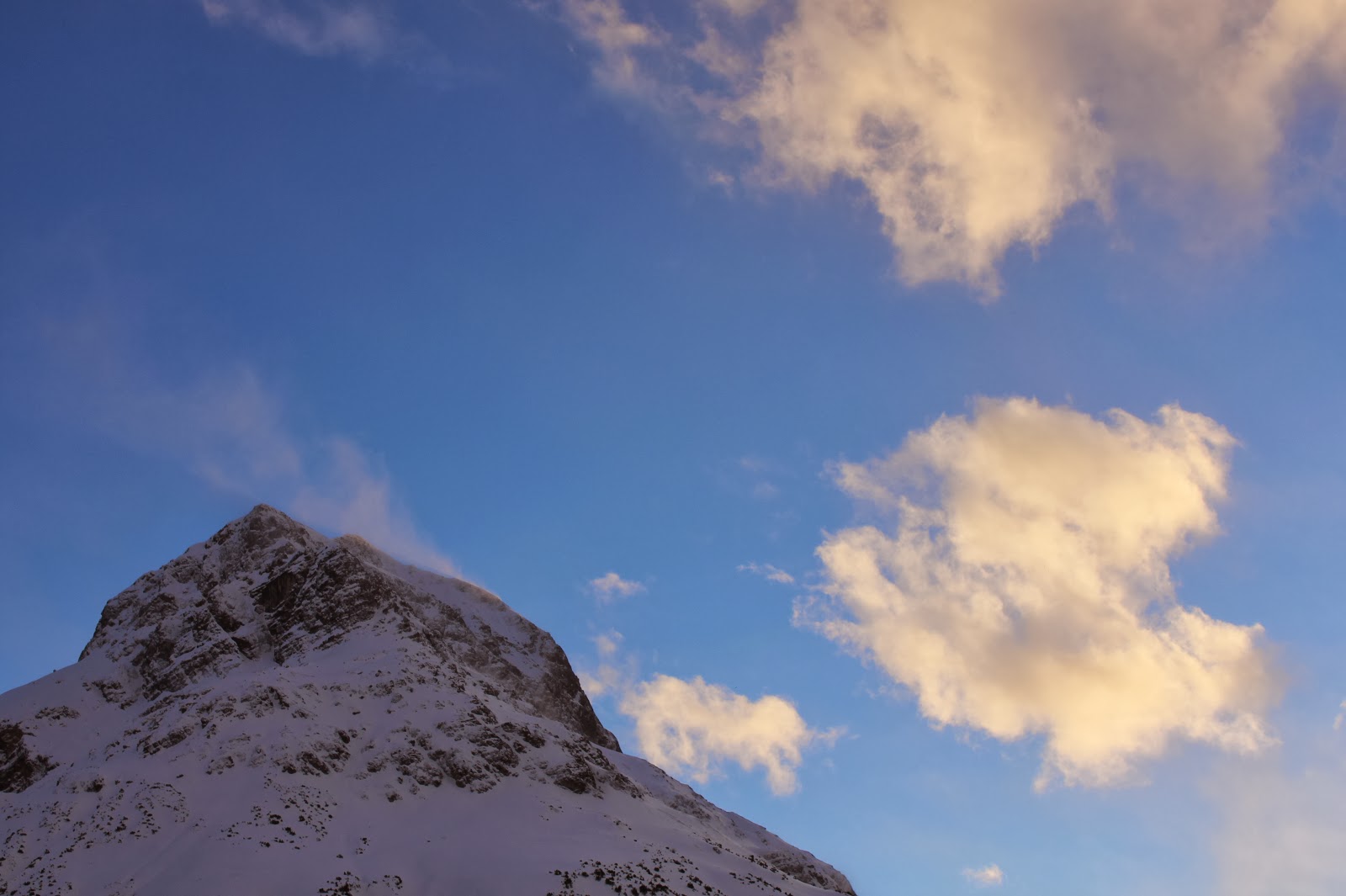 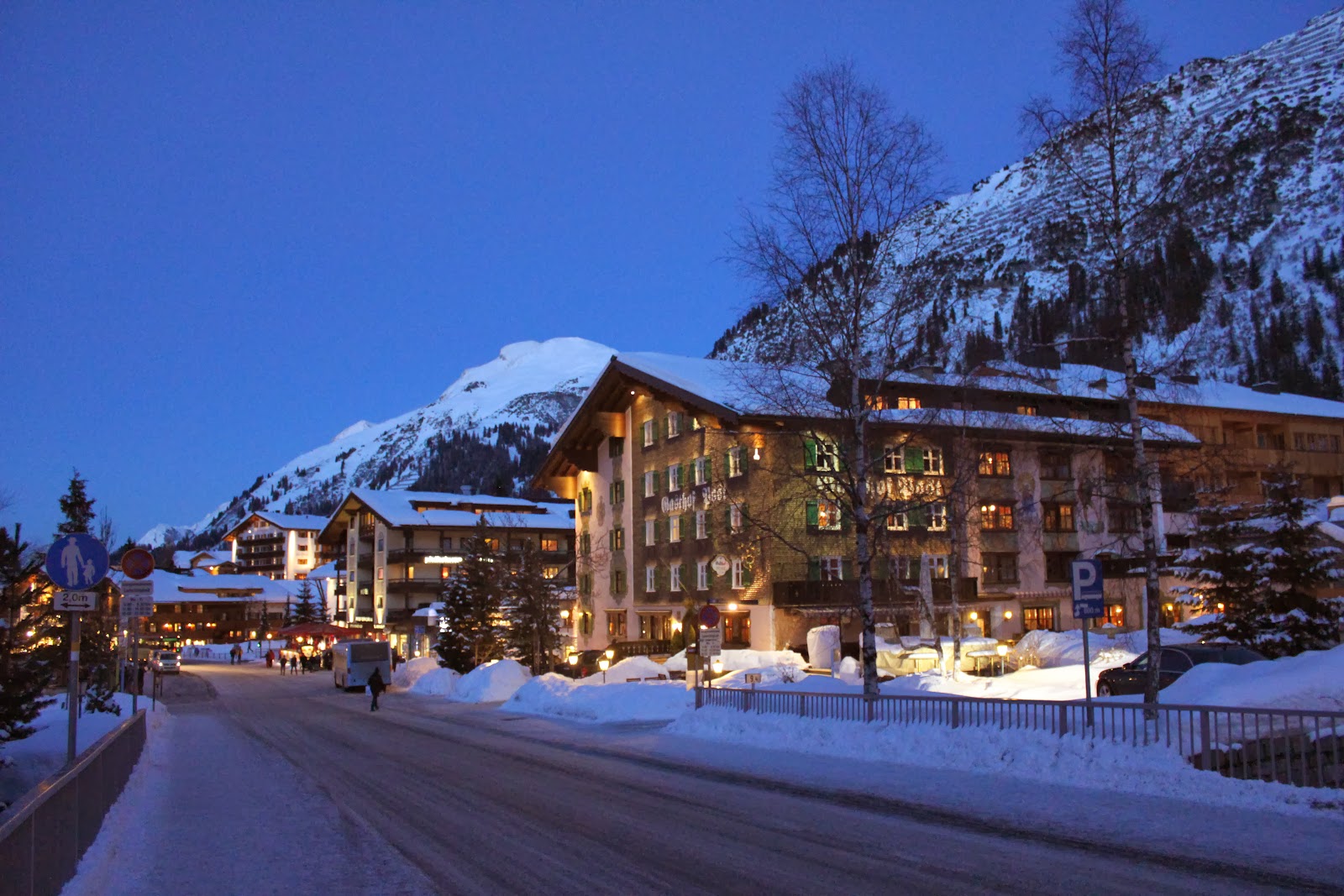 Posted by Kristin Hendren at 5:09 PM No comments:

Road Trip to Lech, Austria (via Appenzell, Switzerland and Liechtenstein) 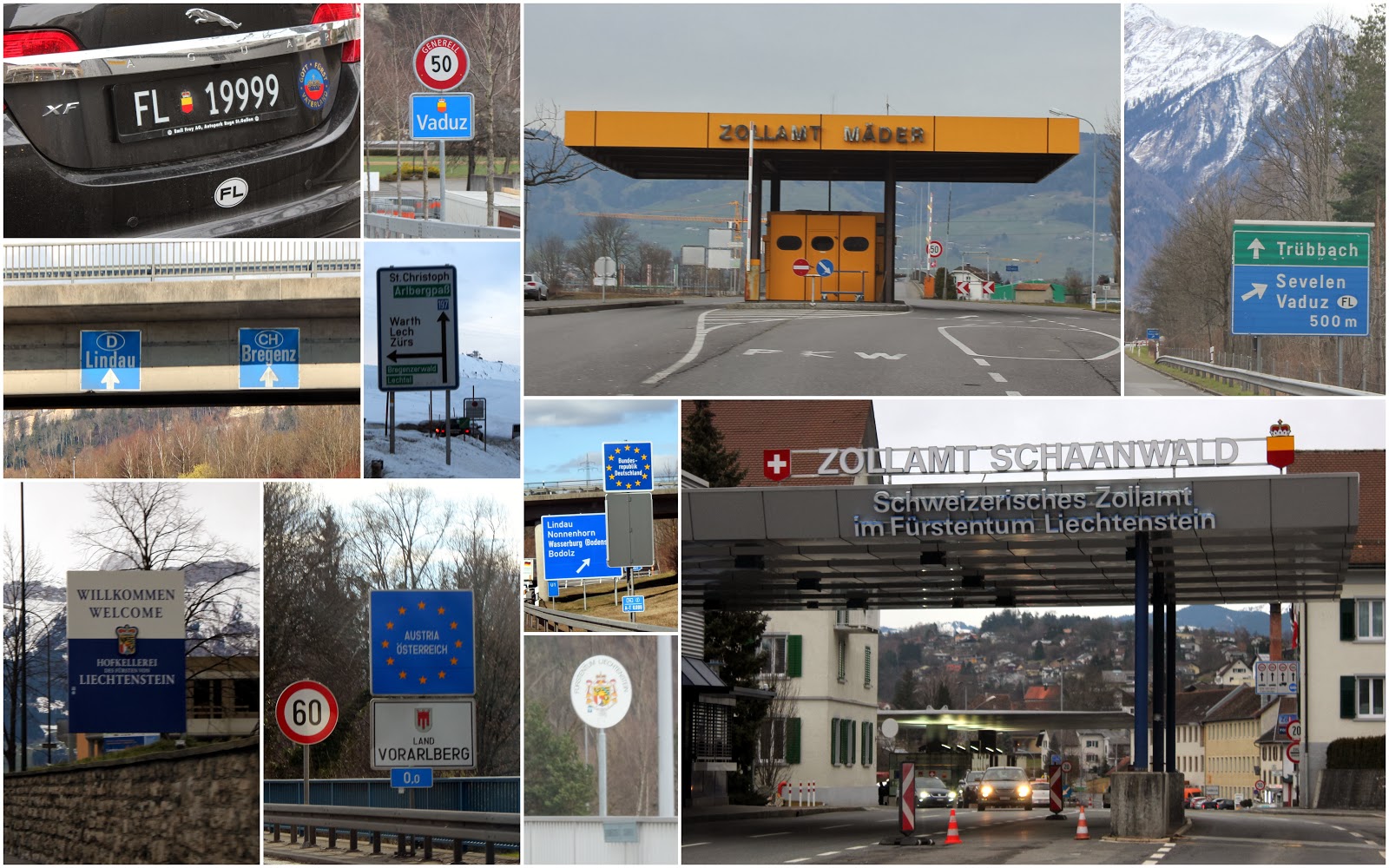 We took our first overnight trip this weekend to ski in Lech, Austria.  But getting there (and back) was half the fun.  Rather than heading straight for Lech, we decided to take a few brief detours along the way to see some nearby sites in Germany, Switzerland and Liechtenstein before our arrival in Austria.  After less than 5 hours in the car, we'd hit 4 countries -- not a bad afternoon for wanderers who like to travel to new countries.

On our drive we got our first views of the Swiss and Austrian Alps, which were just as imposing as we expected.  It's been an unusually mild winter in Germany, so the only snow we saw was on high mountain peeks. 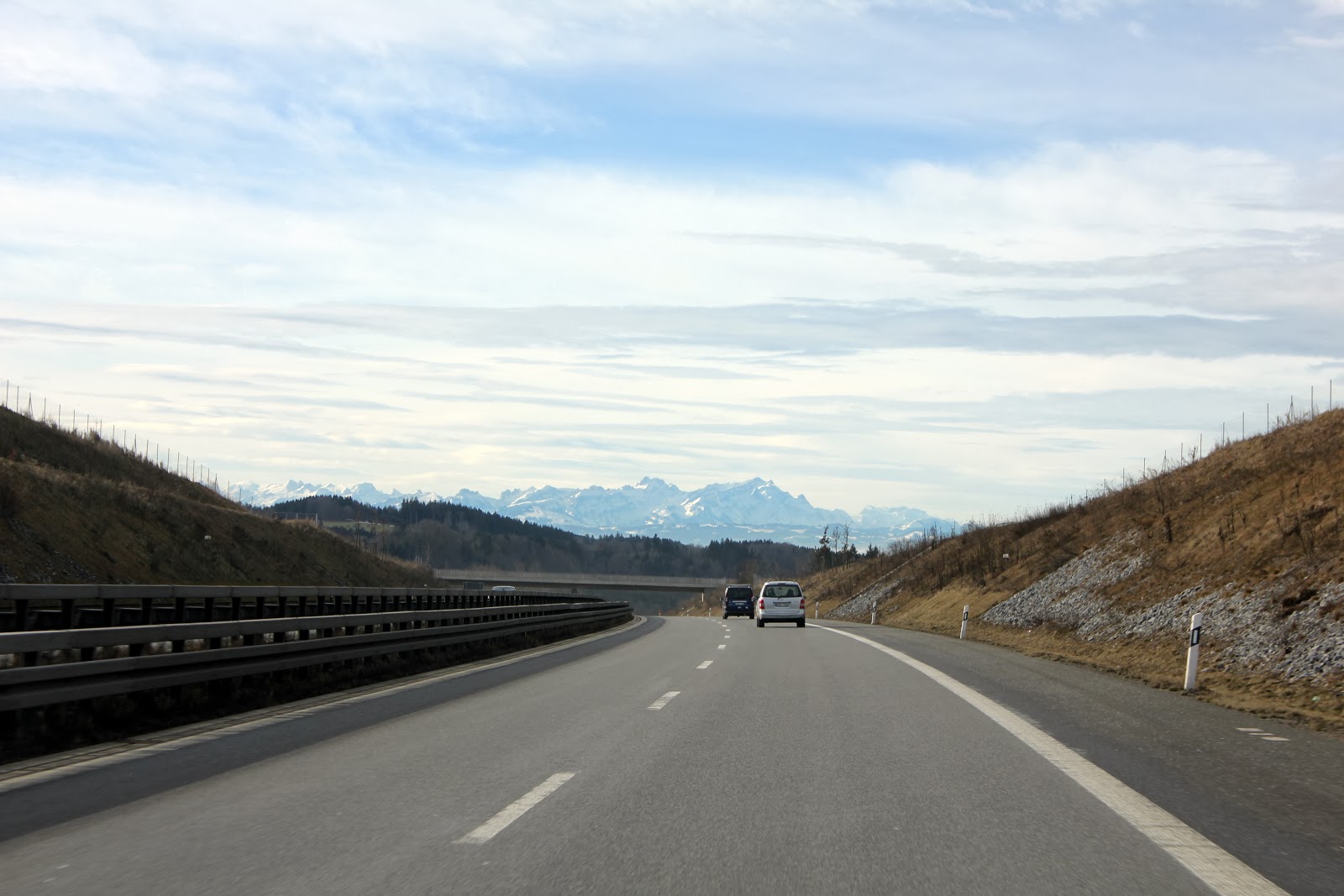 Our first stop was in Lindau, Germany -- the last place we can use our Esso card to fill up on gas before reaching the Austrian border.  Turns out, Lindau is a really cute town on Lake Constance, the third largest lake in Europe.  It's a bustling town in the summer, but was pretty quiet in February.


Lindau is centered on a small island that juts into the lake, with a port and harbor side promenade.  From the promenade you can see both Austria and Switzerland across the lake.  The low clouds you see in the pictures are actually the Alps which rise quickly on the other side.
Our next stop was Appenzell, Switzerland, a cute area in the upper northeast corner filled with rolling hills, chalets, and perfectly quaint villages.  Traveling between these countries was very easy since none of the border crossings were actually manned.  There were some customs officials that would check the trucks, but we just drove on through. 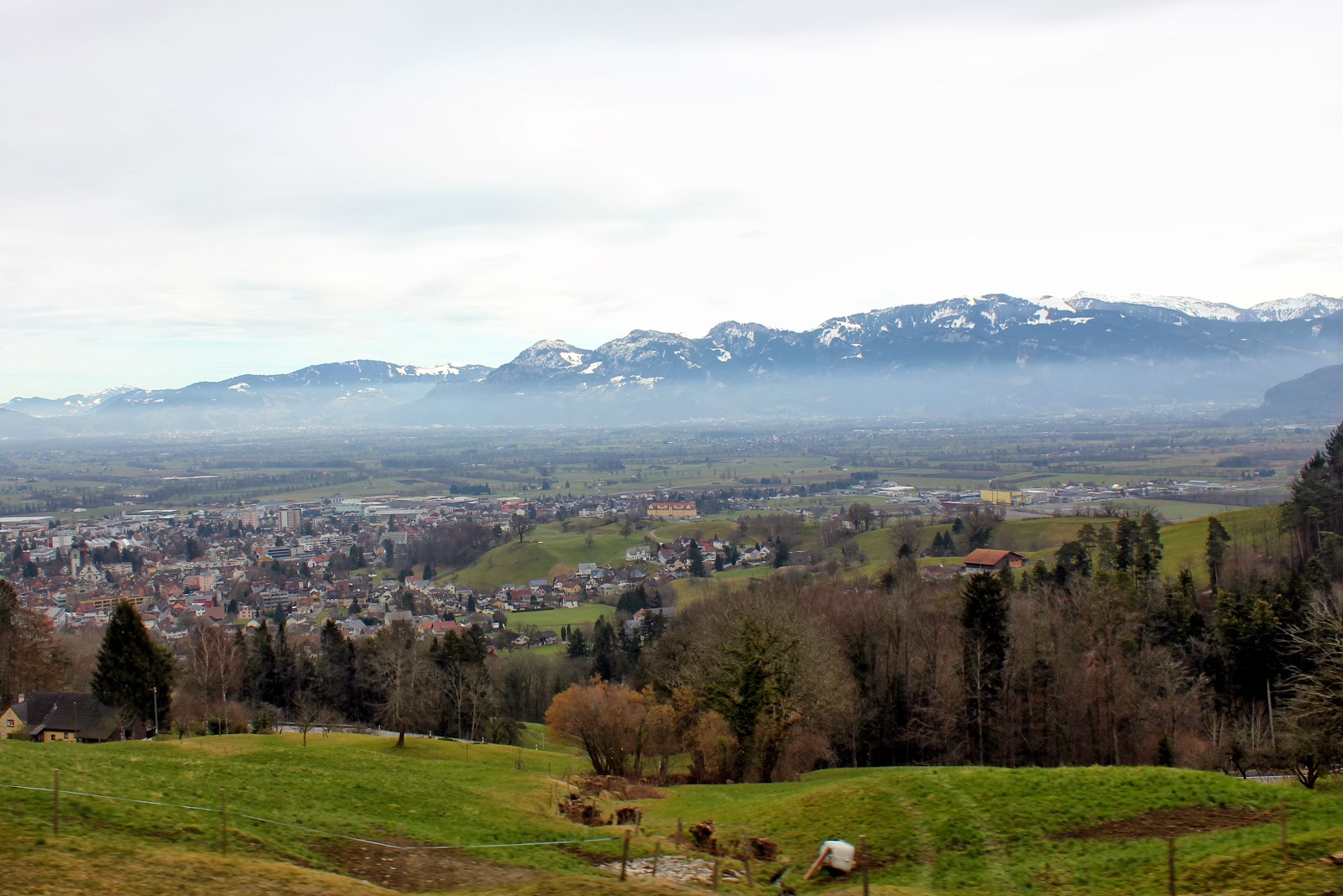 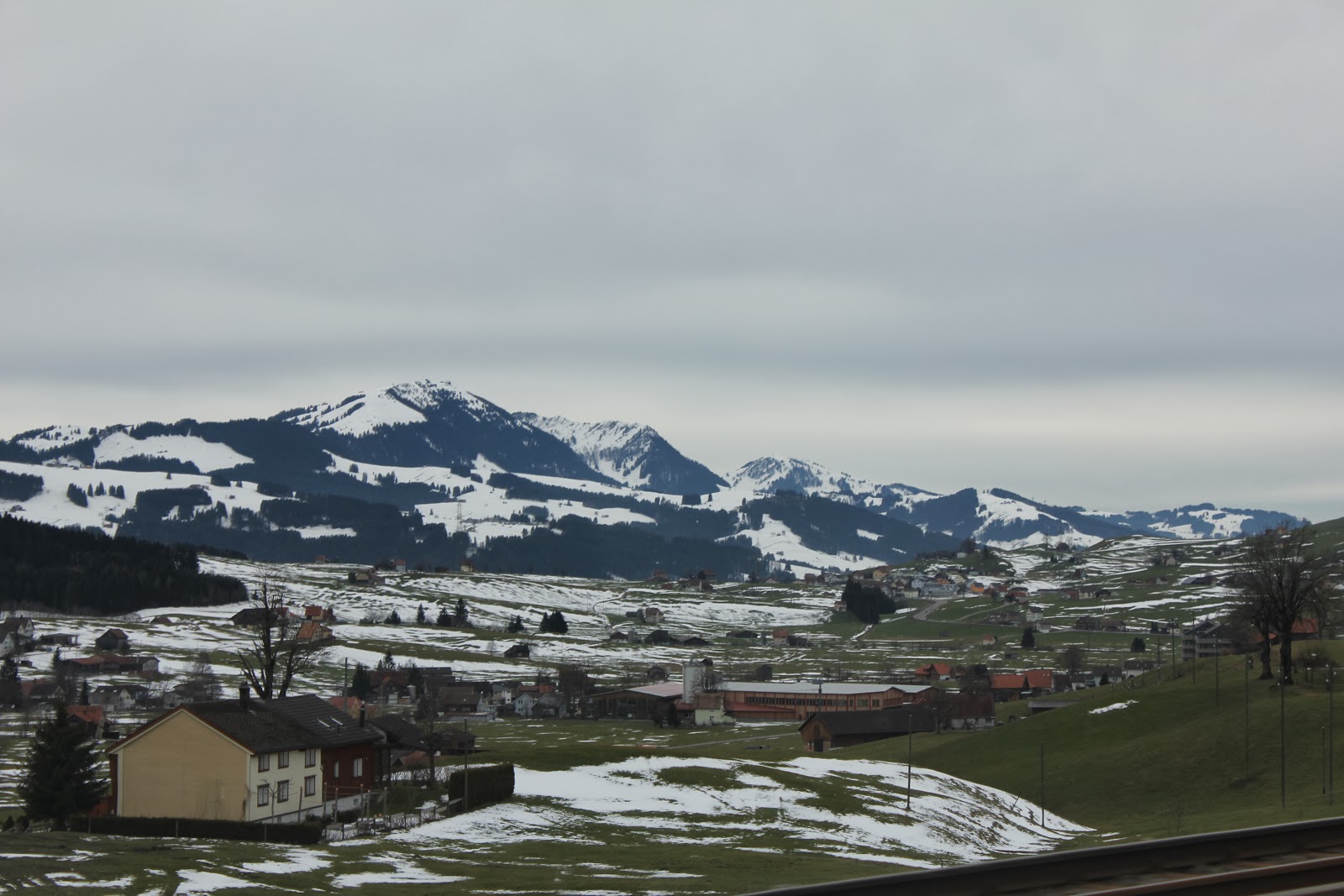 The region is best known for its Appenzell cheese, which Matt enjoyed while Kristin found the smell a bit pungent.  Even the restaurant was smelly.  But it was super cute and the waitress was very nice, so everyone should go to Cafe Flade and have Appenzeller liquor and beer. 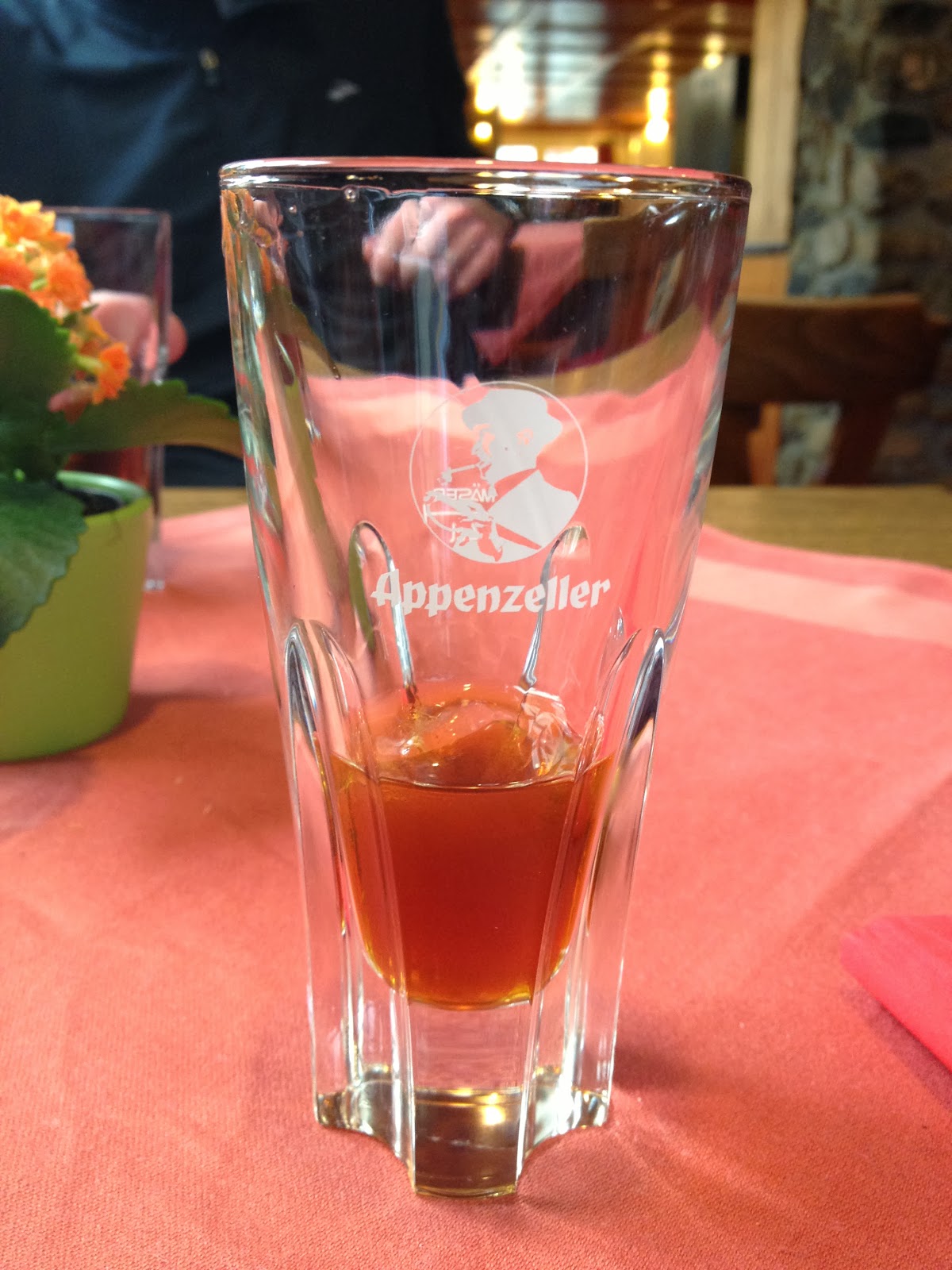 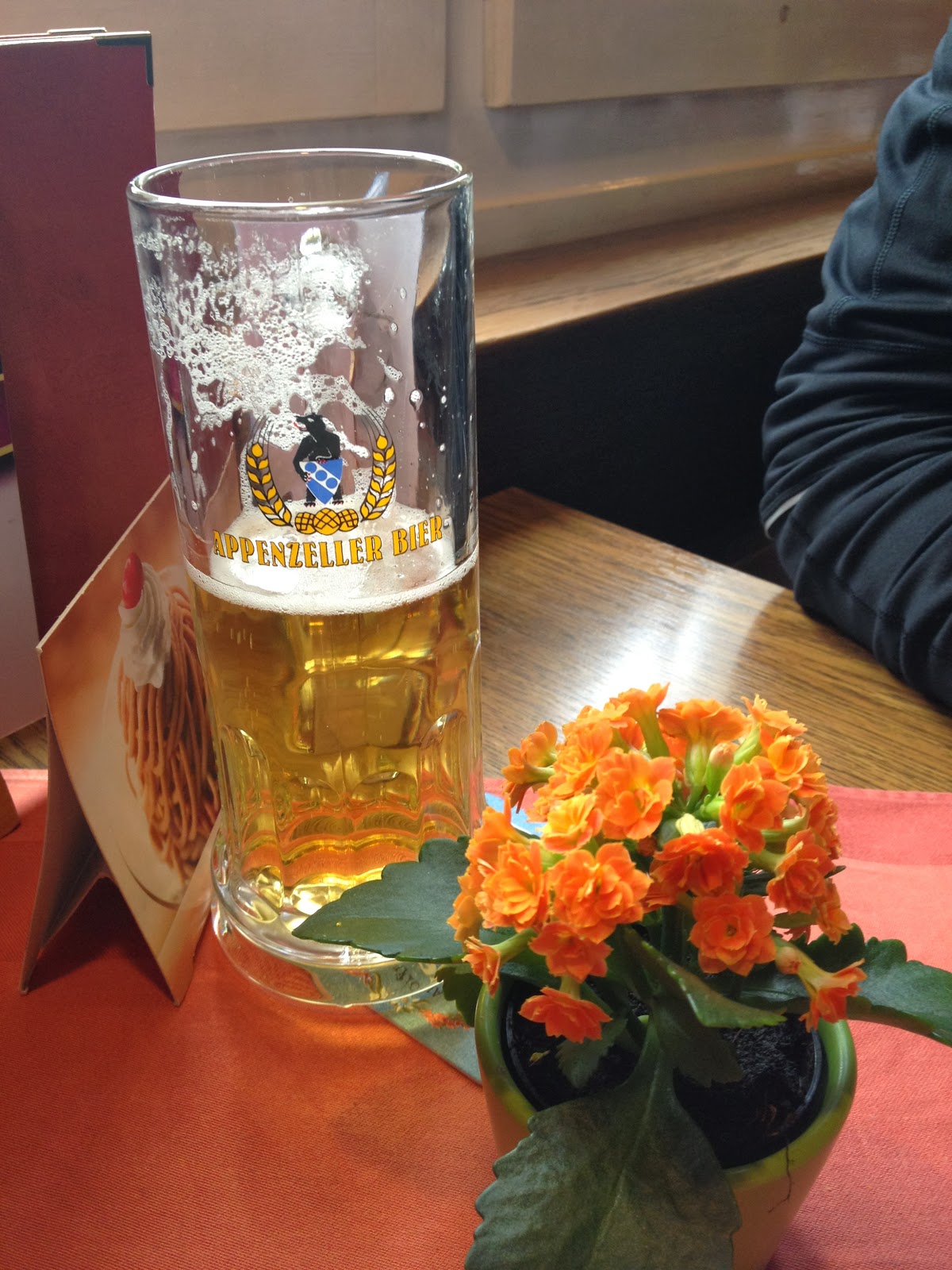 This town center was also filled with cute old buildings. 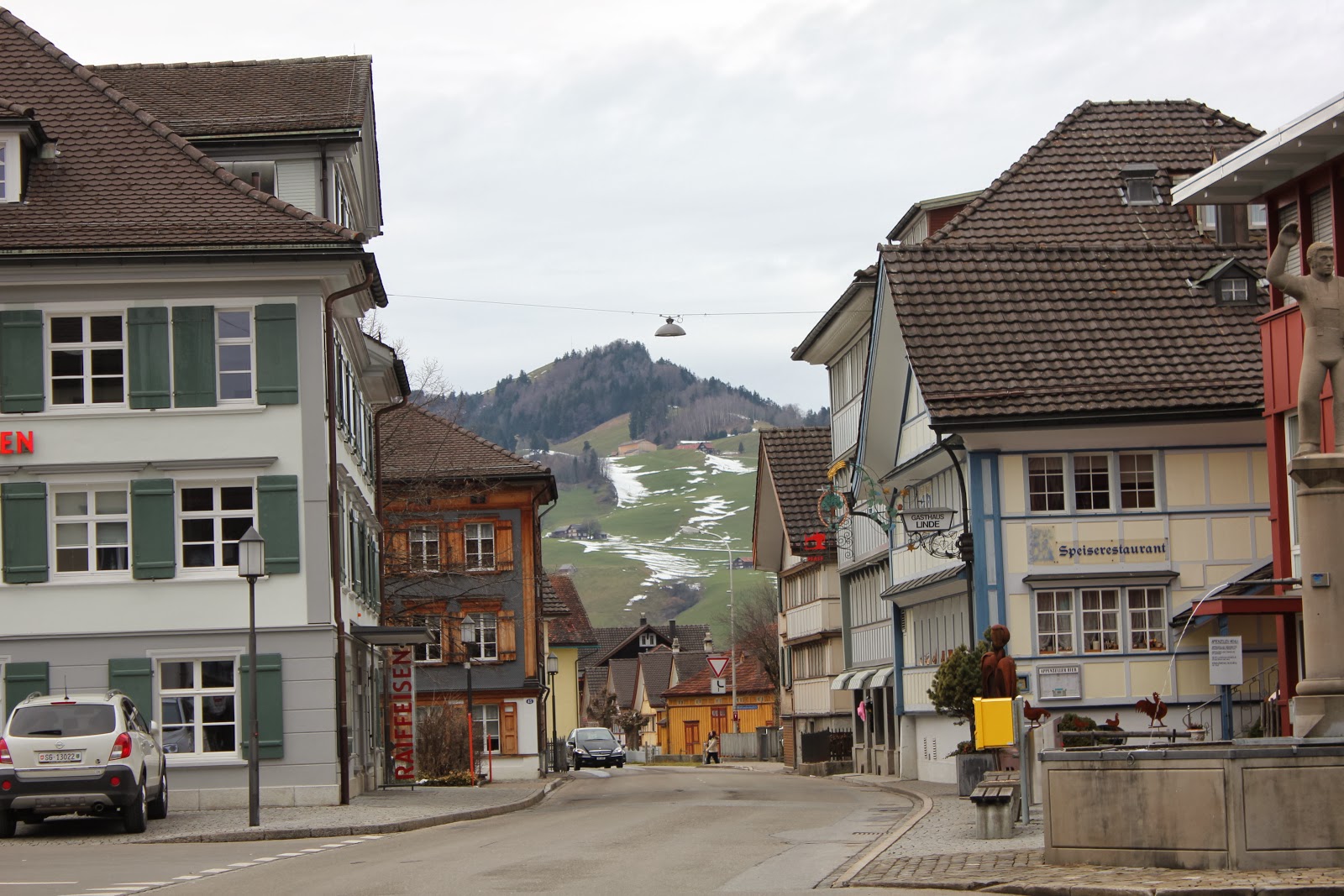 Kristin made some new friends.


We then headed out through the valleys to Liechtenstein.  We're excited to come back to Appenzell to do some hiking when the weather is a bit more favorable. 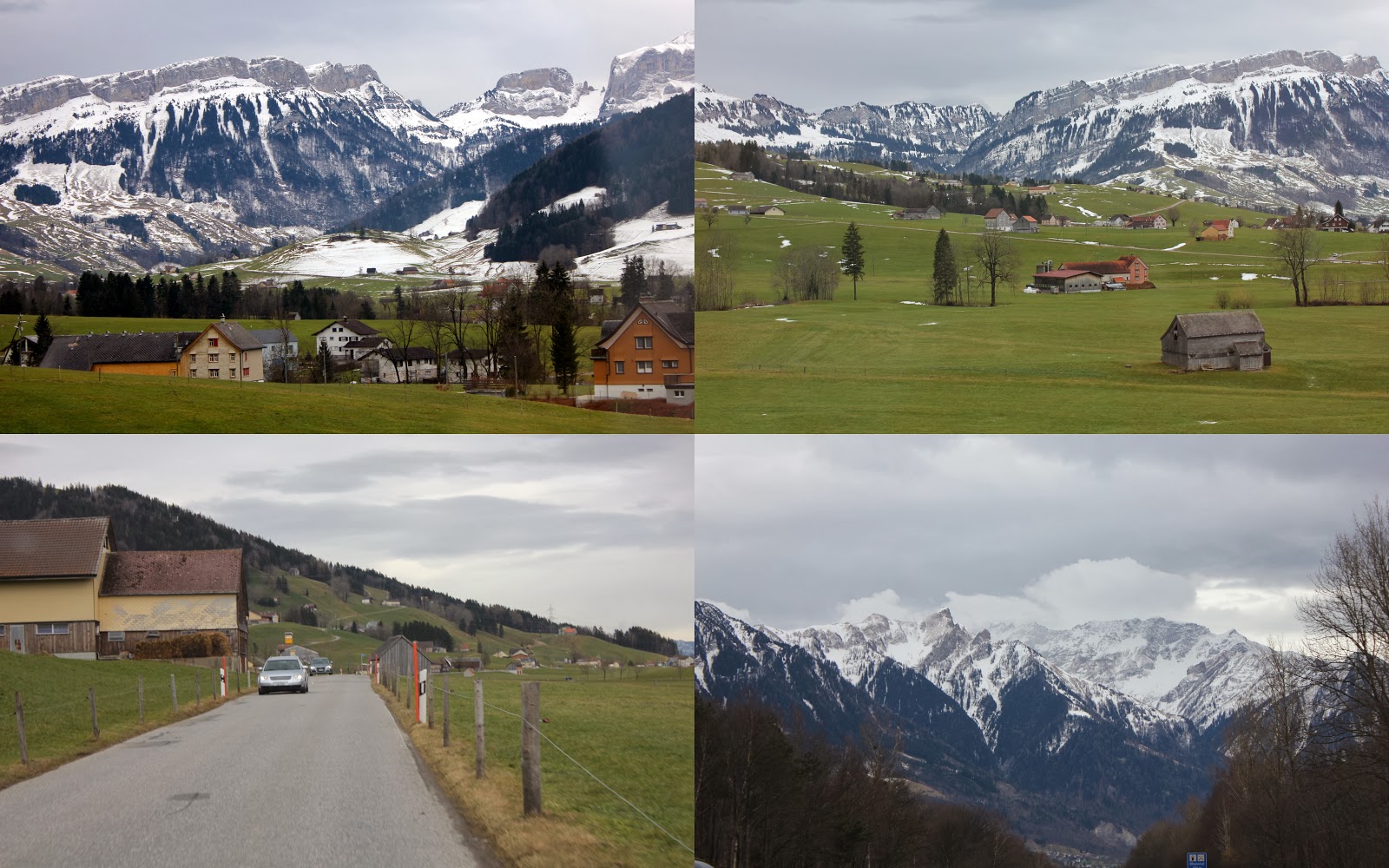 Liechtenstein isn't the most happening place, but it was a country we hadn't been to, so we needed to make the stop. There are lots of tax advantages to doing business in Liechtenstein.  And the country is making millions by charging gullible tourists 2.50 euros to have your passport stamped at the tourist office.  (We're suckers, we paid.)

The country is about 16 miles long and 5 miles wide, but is bordered by high Alps along the east side, so the habitable land is very small.  The capital of Vaduz has some pedestrian streets with lots of shopping. 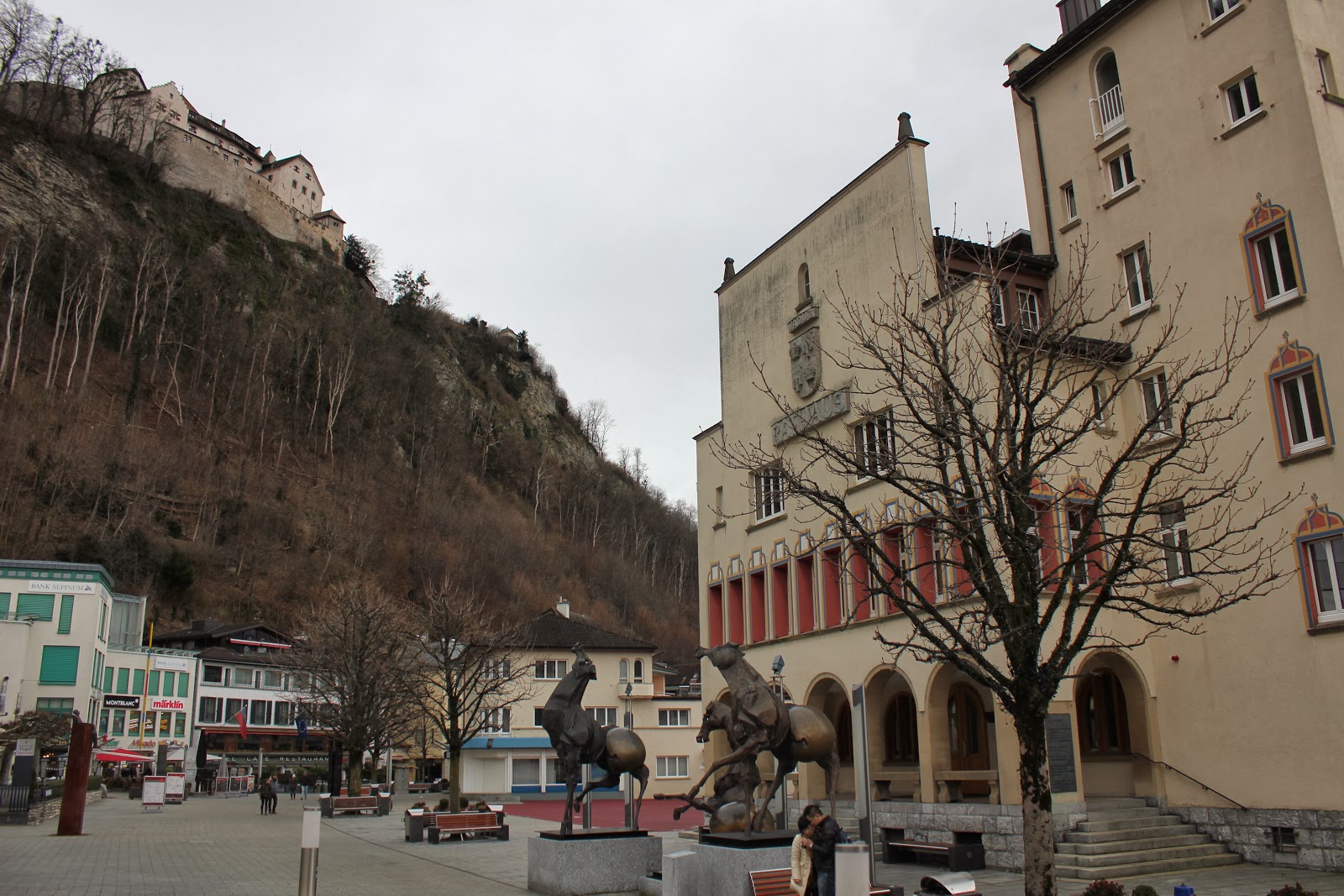 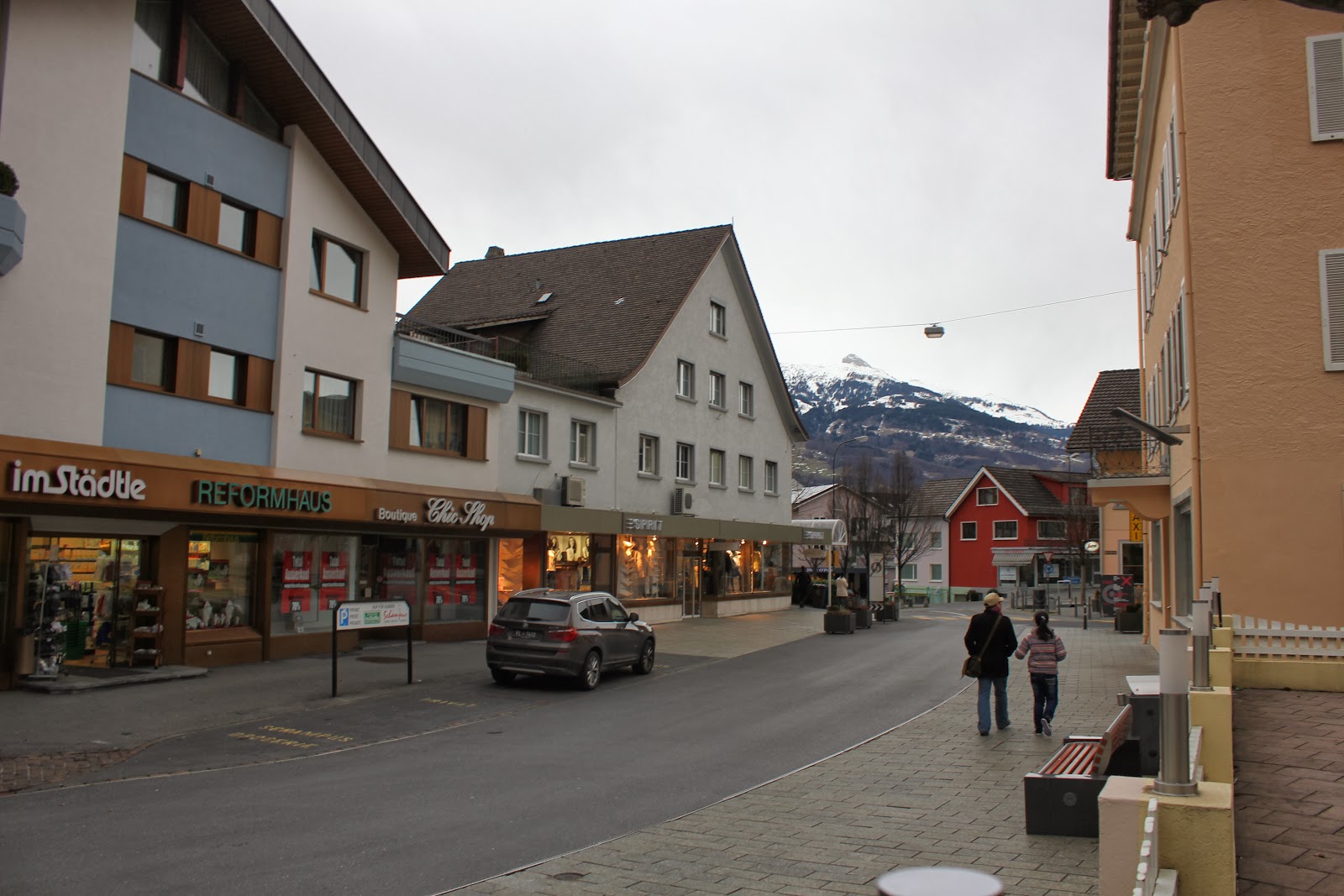 The town has great views of the Alps.  And free parking on Saturdays.  So that's something. 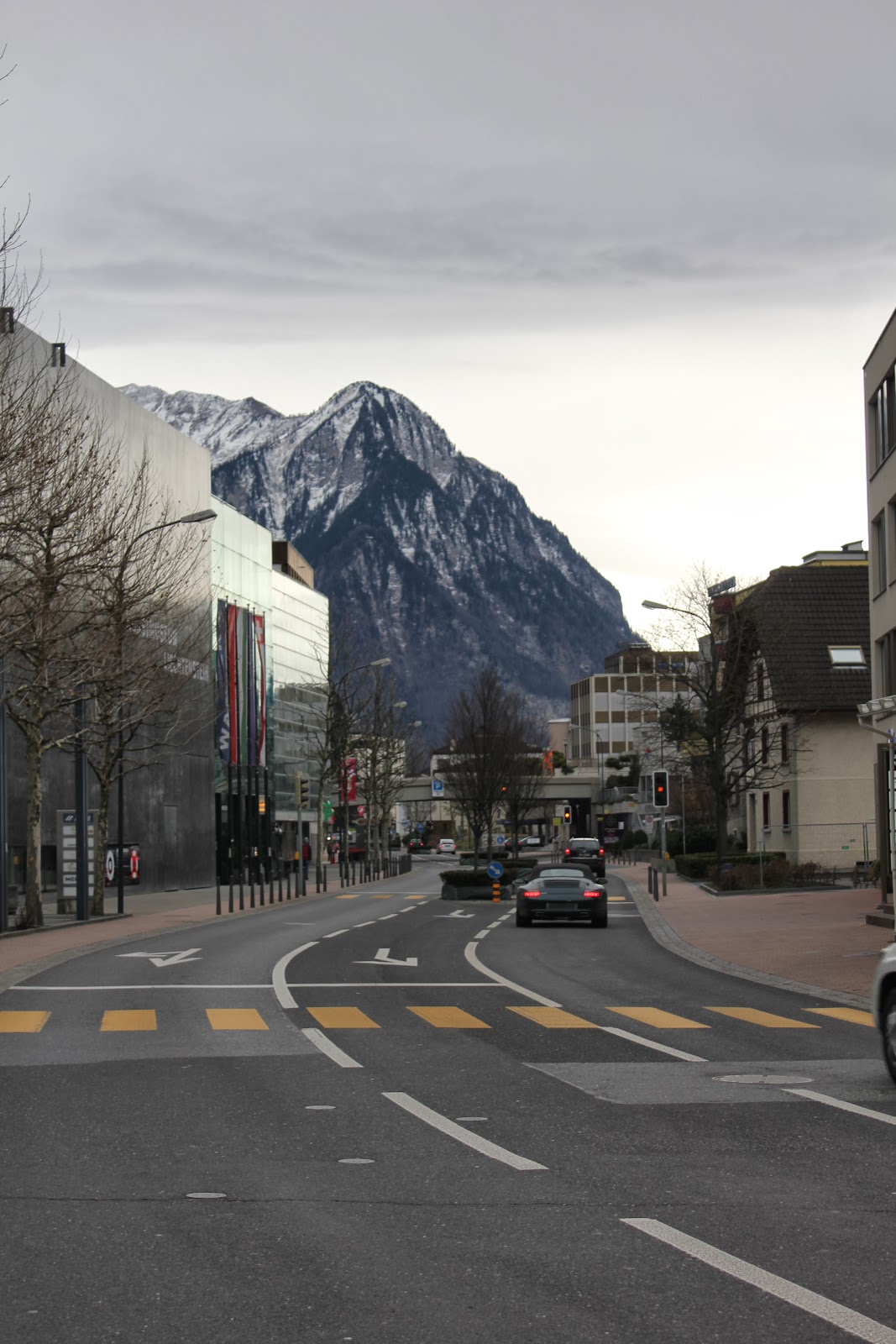 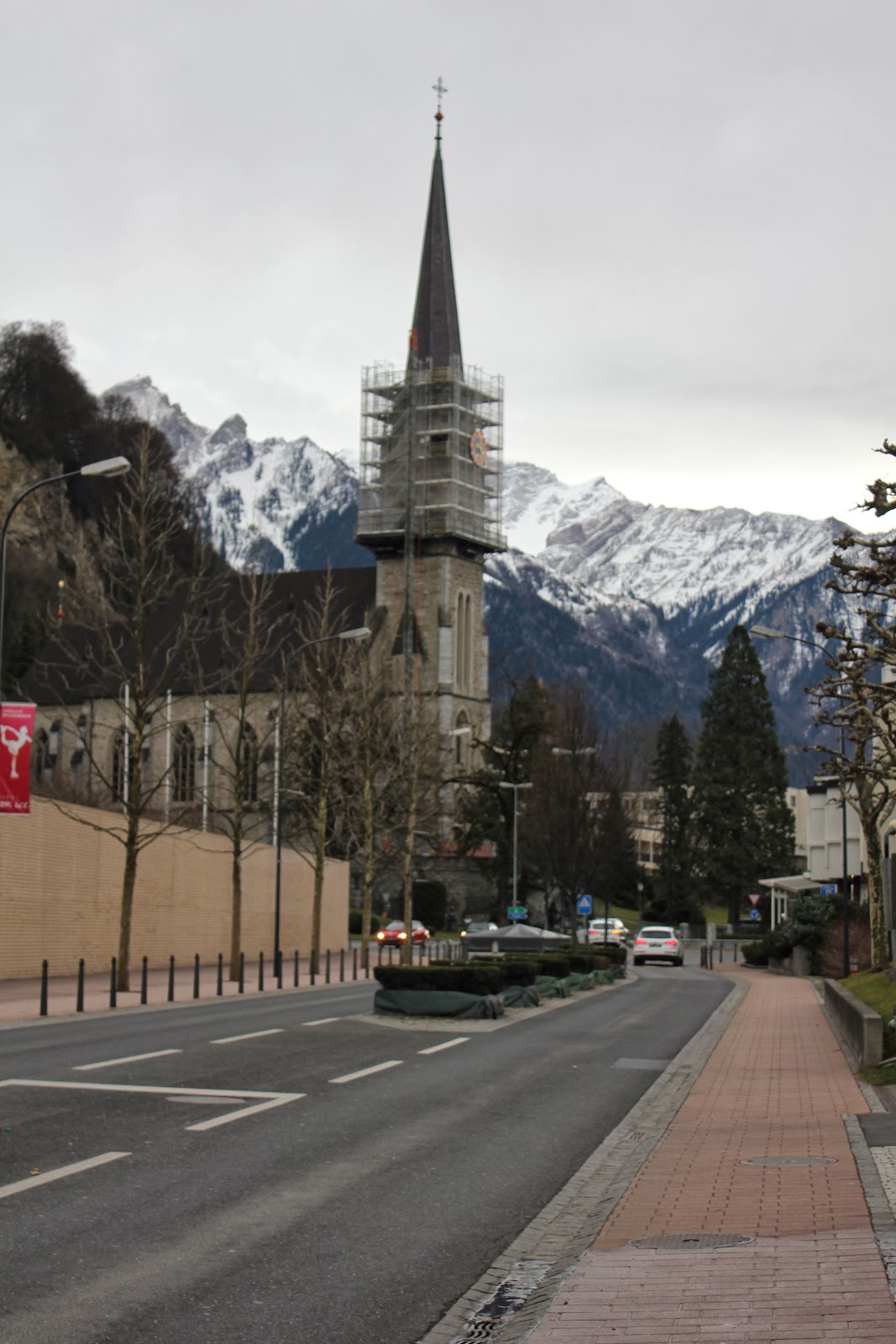 Vaduz Castle, which houses the Prince of Liechtenstein, sits above the city of Vaduz.  It looked pretty boring from the outside and no one invited us in to view the interiors. 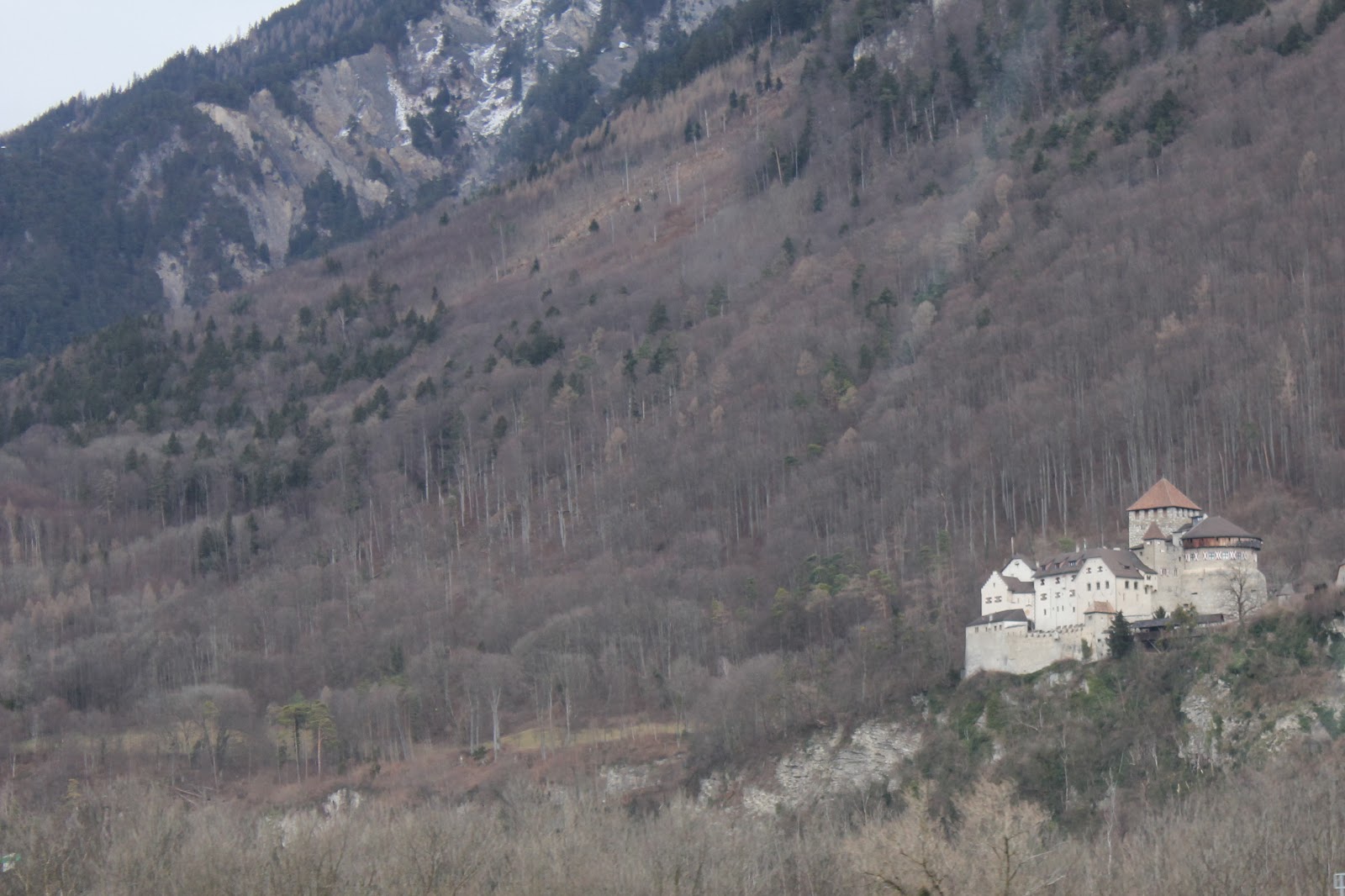 About an hour later, we were already in Lech checking out the snow.  We couldn't wait to start skiing. 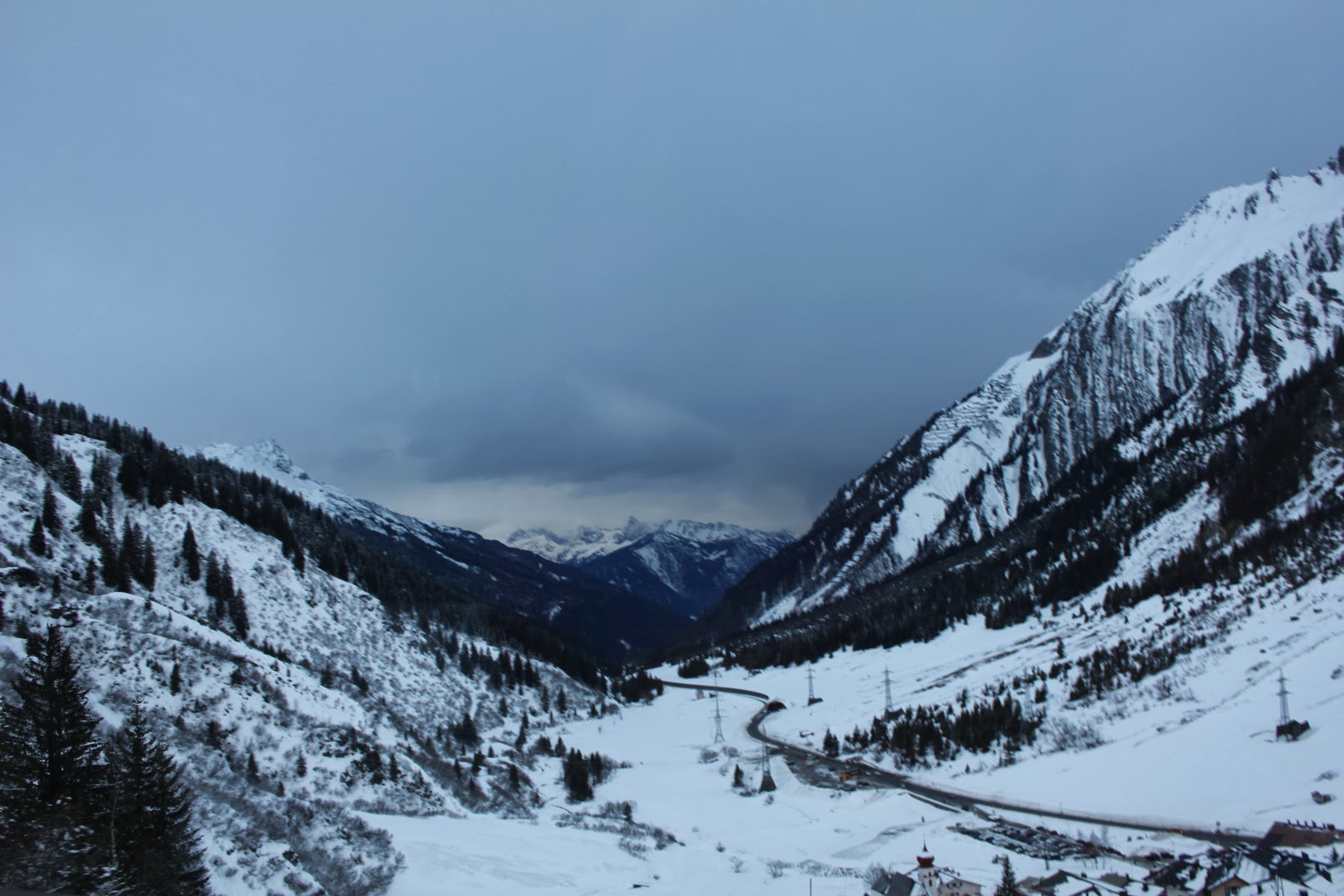 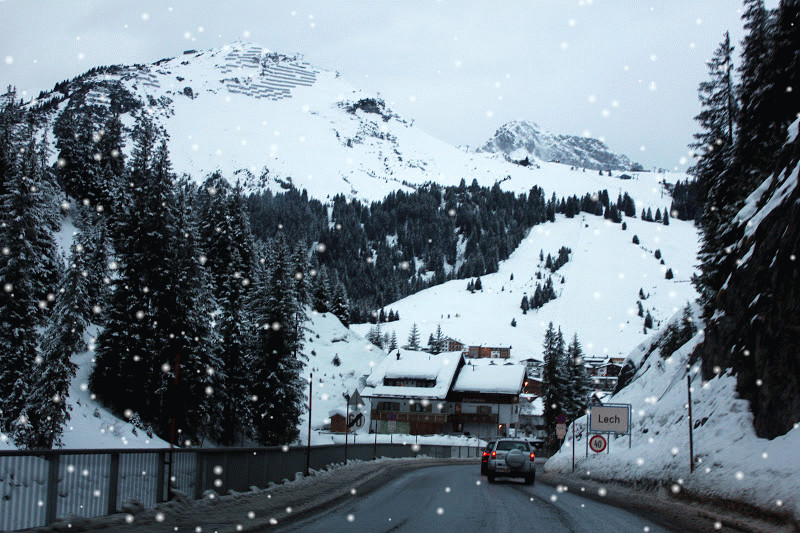 After two days of skiing, we headed back to Stuttgart. It snowed about 8" in Lech the night before we left, so we waited a few hours for the roads to clear before heading out.  We were very jealous of all the fresh carvings in the powder made by the early morning backcountry skiers. 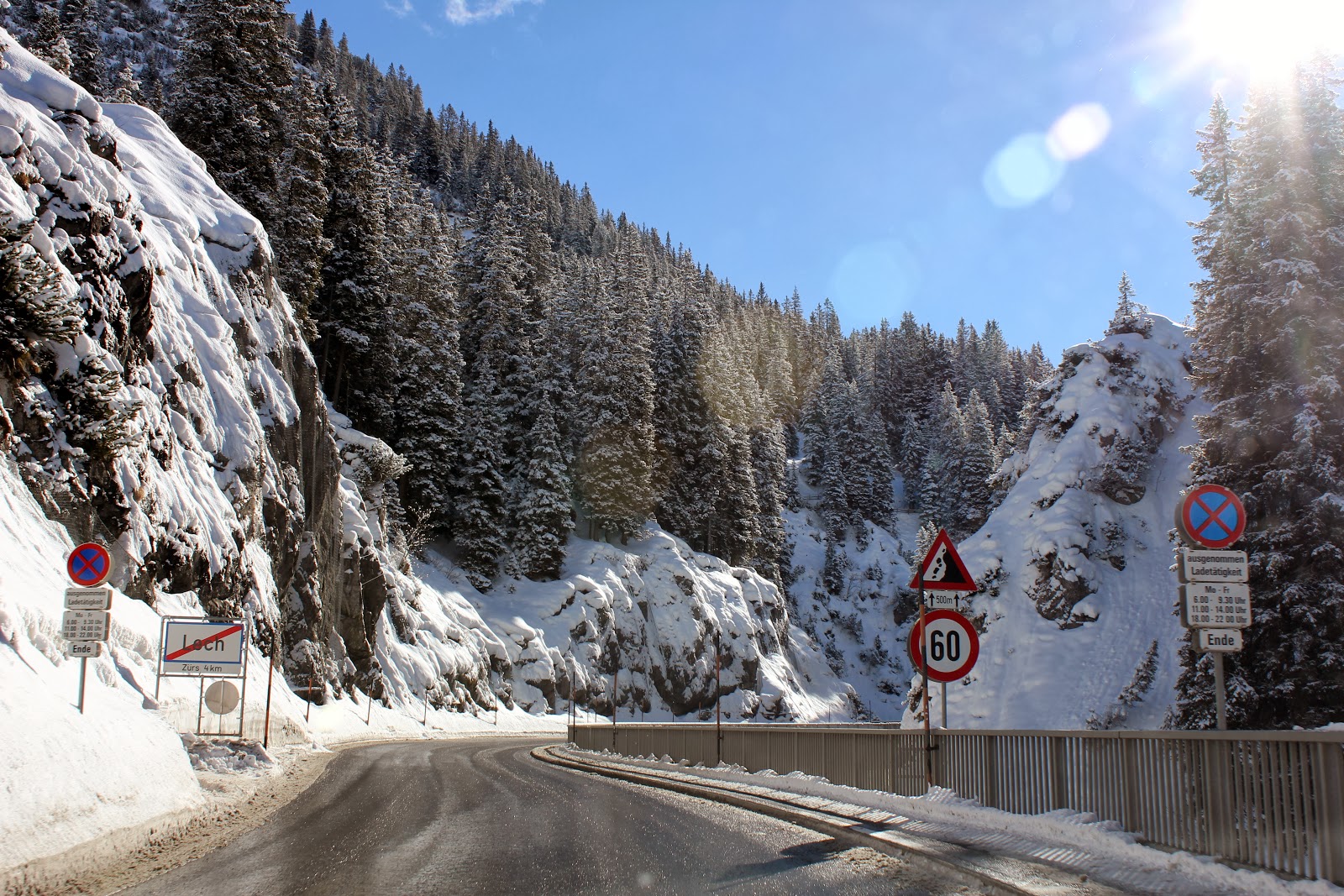 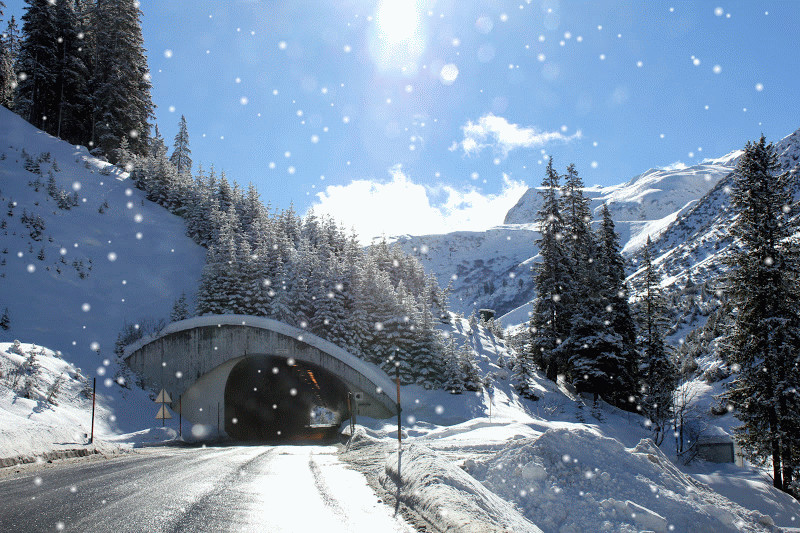 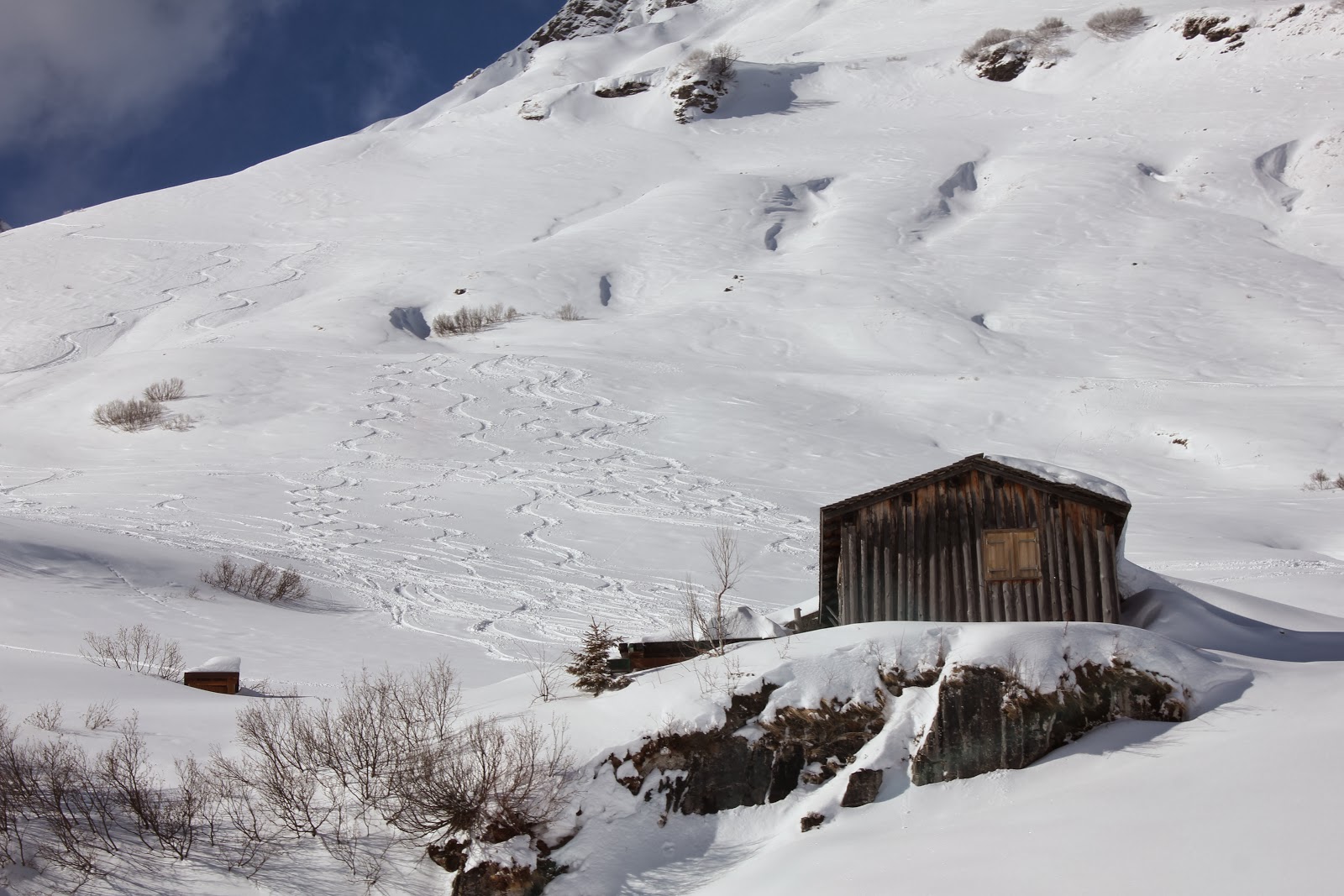 We wanted to check out St. Anton on our way home so we took a brief detour about 20 minutes further into the valley.  The apres ski scene may be better in St. Anton, but we thought Lech was more picturesque.  The skiing is also very different in St. Anton because much of the resort is below the tree line and this valley only a few miles away doesn't get as much snow. 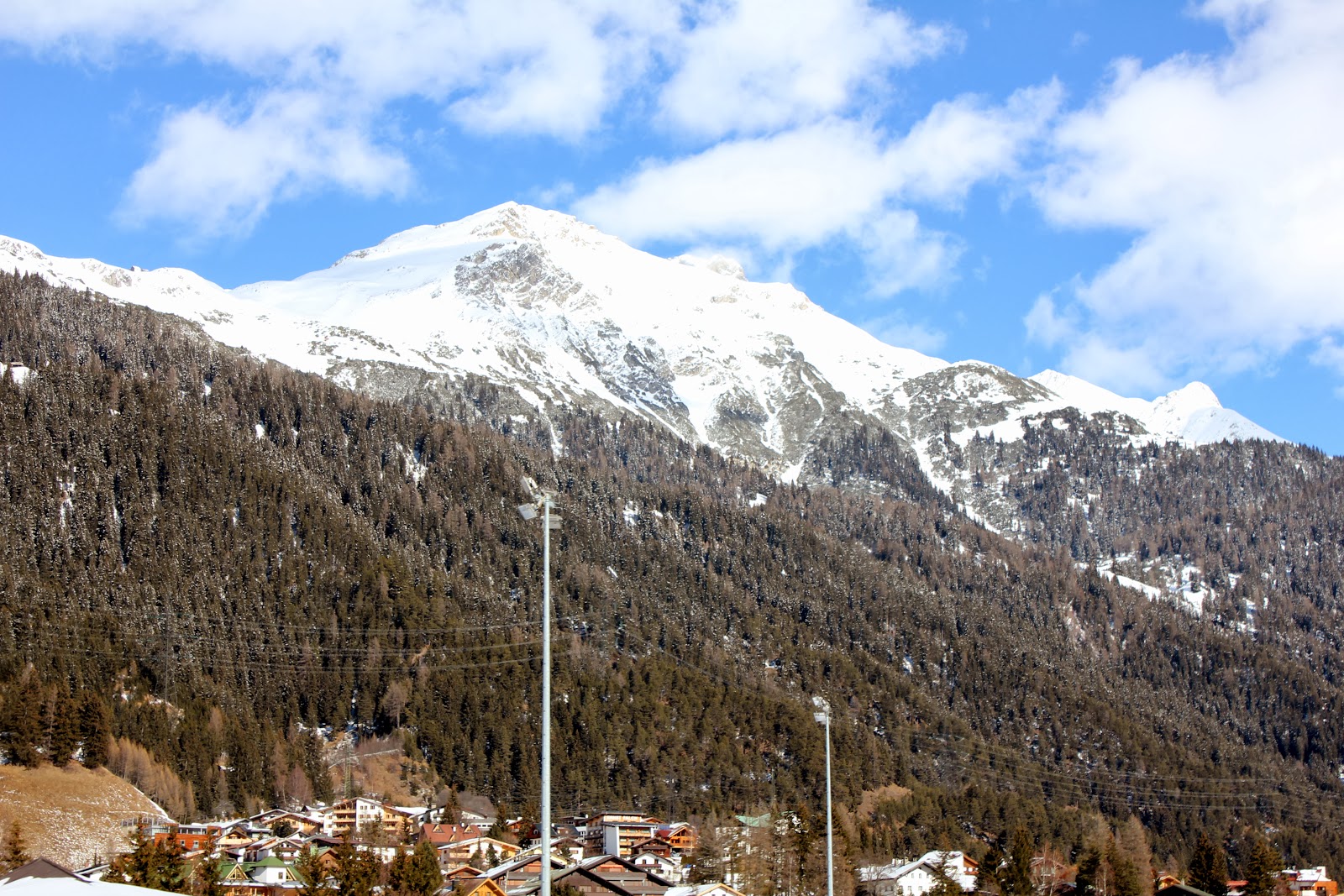 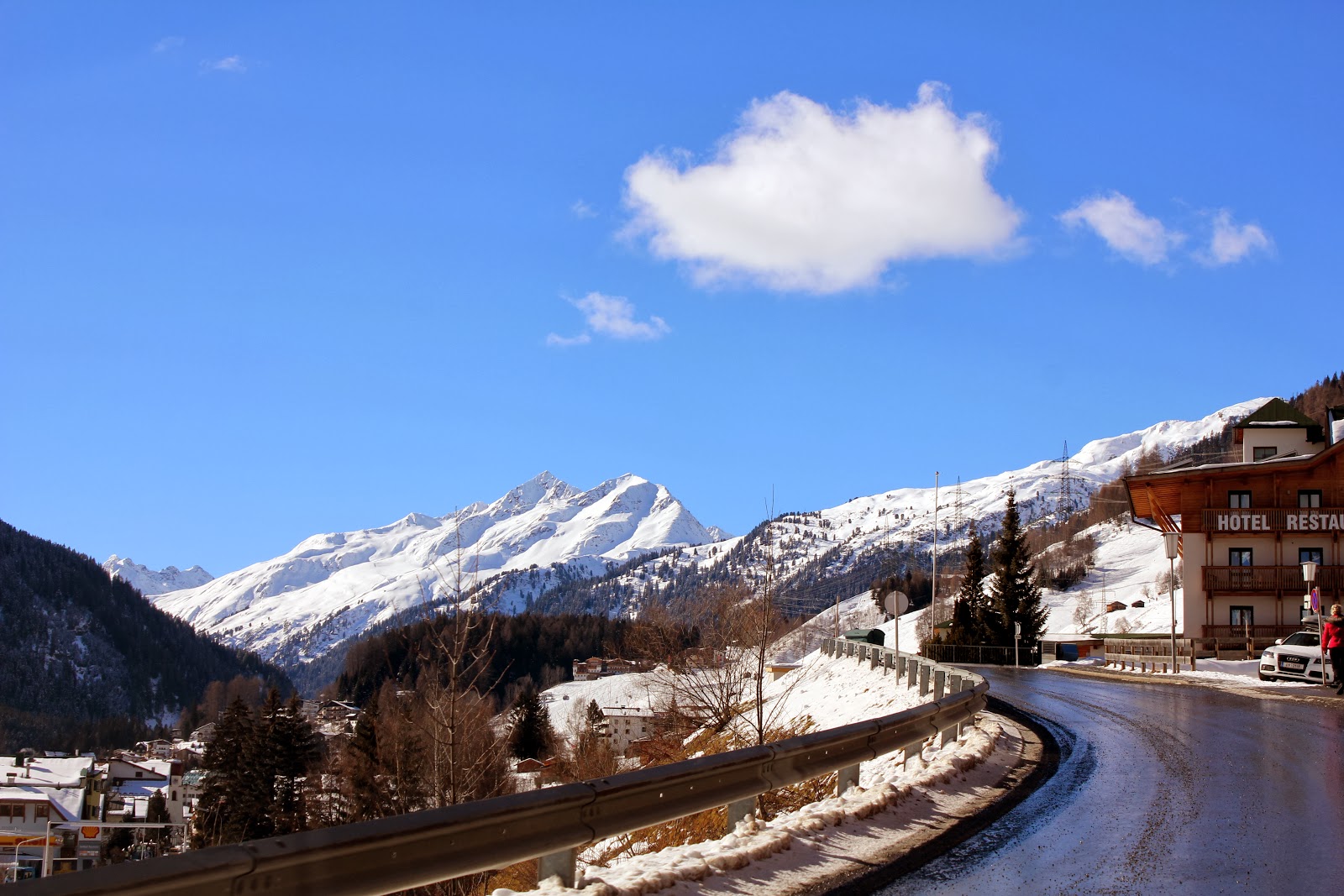 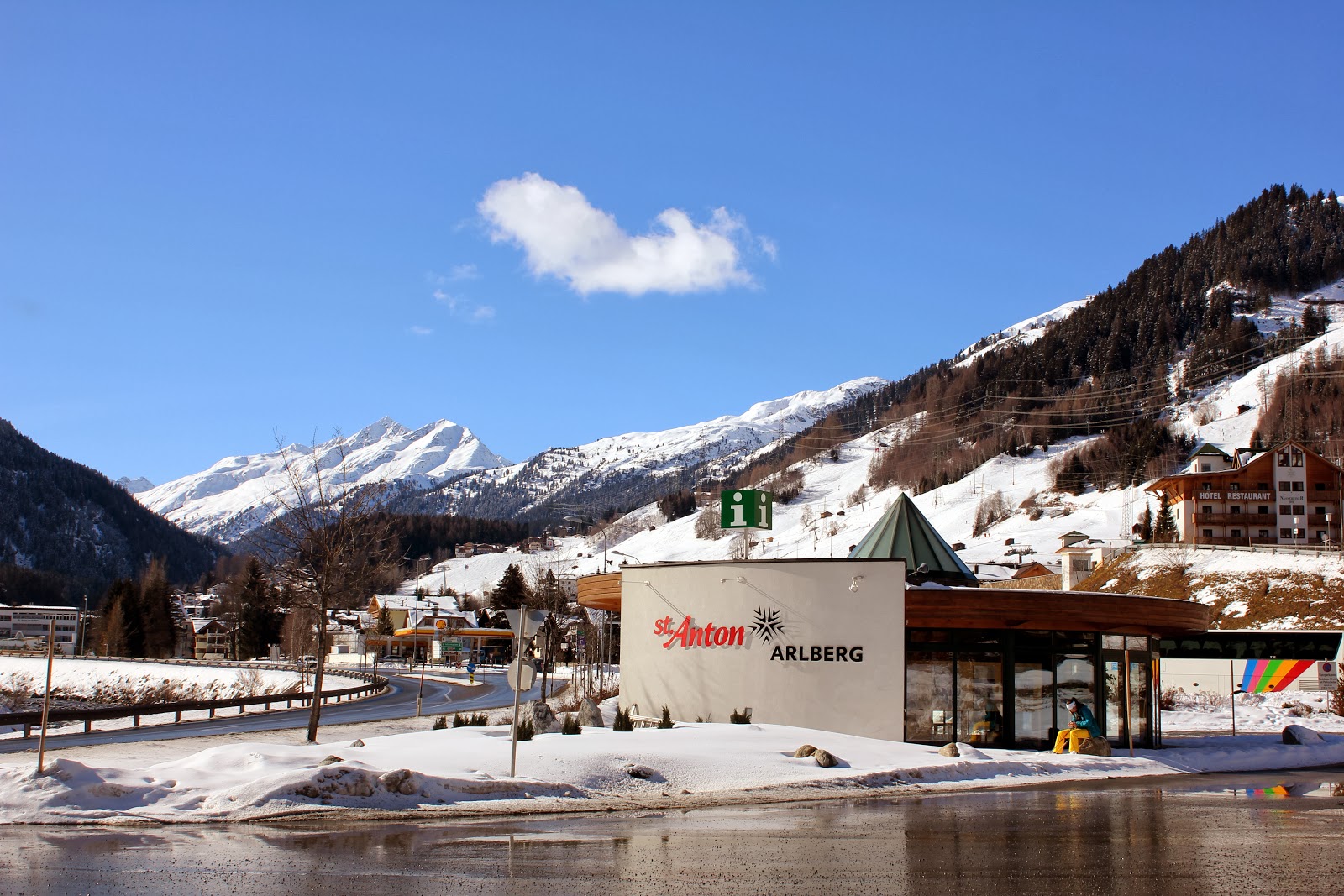 We enjoyed our visit to Landau on Lake Constance so much that we decided to follow the lake on the drive back.  The towns built along the lake were quite scenic, so we were happy to take a break from driving on the Autobahn. 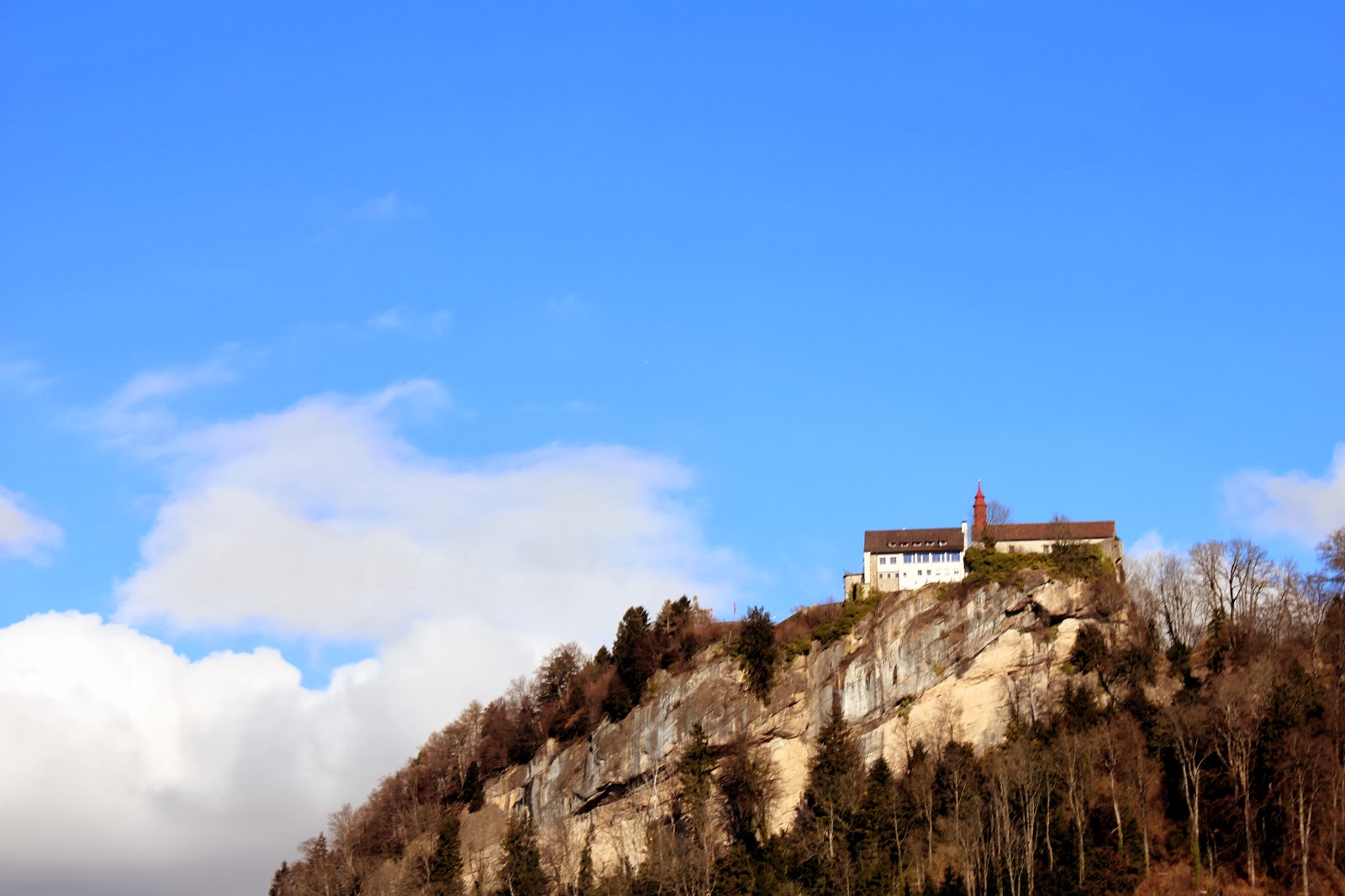 Congratulations, you've reached the end of a very long post on just getting to Lech. We're excited to share pictures of our skiing adventures soon.
Posted by Kristin Hendren at 12:31 PM 1 comment: